Accessibility links
Travel To Cuba Further Cut By U.S.; Cruise Ships Banned The changes, which bar "people-to-people" tours, are intended to further squeeze the Cuban economy while keeping U.S. dollars "out of the hands" of the communist government. 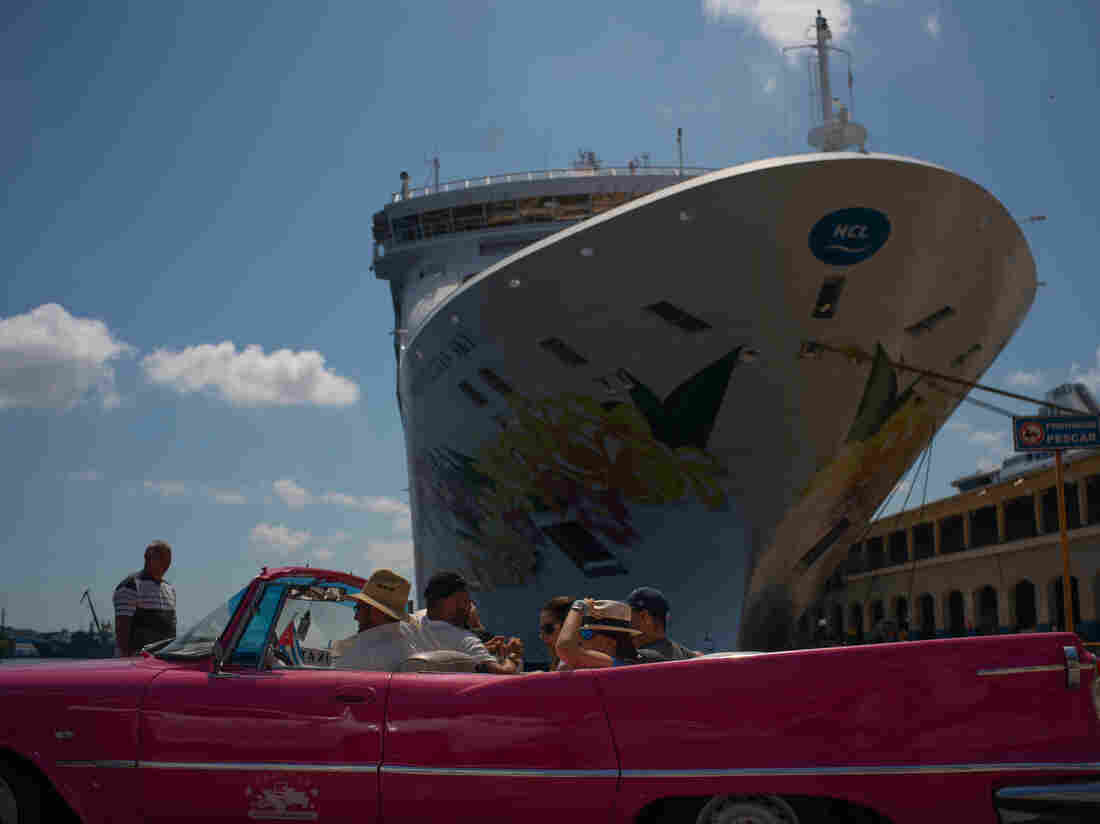 Tourists who have just disembarked from a cruise liner tour Havana on Tuesday. The Trump administration has imposed major new travel restrictions on visits to Cuba by U.S. citizens. Ramon Espinosa/AP hide caption 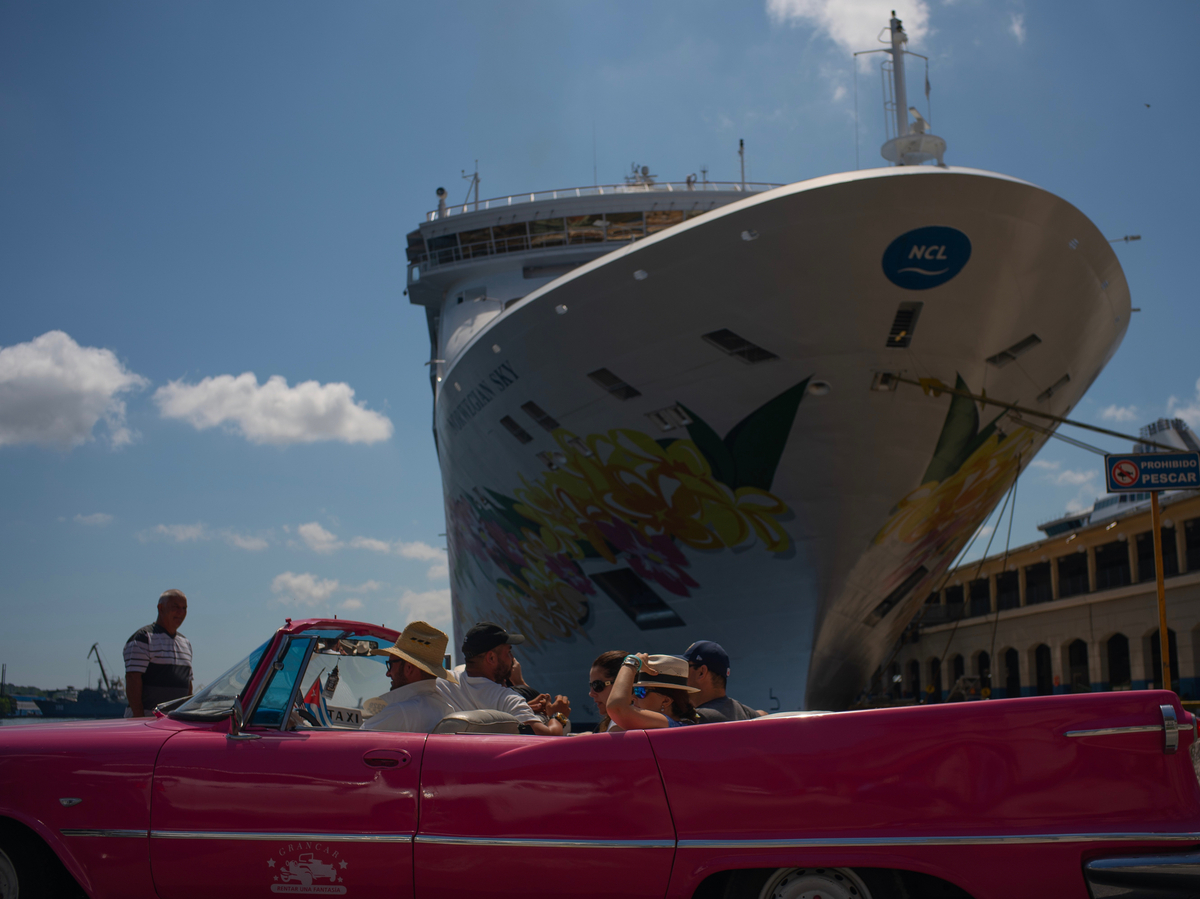 Tourists who have just disembarked from a cruise liner tour Havana on Tuesday. The Trump administration has imposed major new travel restrictions on visits to Cuba by U.S. citizens.

The Trump administration is ending a nearly 2-decade-old program that had become the most popular way for Americans to legally visit Cuba, banning all trips by cruise ships and other recreational vessels in the process.

The changes are intended to further squeeze the Cuban economy while keeping U.S. dollars "out of the hands" of the communist government. It goes into effect June 5.

"This administration has made a strategic decision to reverse the loosening of sanctions and other restrictions on the Cuban regime. These actions will help to keep U.S. dollars out of the hands of Cuban military, intelligence, and security services," Treasury Secretary Steven Mnuchin said in a statement.

Mnuchin, who joined Trump on his first state visit to the United Kingdom this week, added that Cuba, with a population of fewer than 12 million people, "continues to play a destabilizing role in the Western Hemisphere, providing a communist foothold in the region and propping up U.S. adversaries in places like Venezuela and Nicaragua."

U.S. law bars travel to Cuba for tourist activities, but Americans have been allowed to go there under 12 authorized categories, including individual and group "people-to-people" travel — a subcategory of the education provision that permitted visits to the socialist country for cultural and educational purposes.

The expanded definition of these types of tour groups was first established under President Bill Clinton. It was later restricted by President George W. Bush during his first term, then loosened considerably under President Barack Obama in 2011.

In 2014, the Obama administration went even further, after reestablishing diplomatic relations with Cuba. Two years later, he moved to reduce licensing and paperwork requirements for tour operators, cruise lines and commercial air travel to the Caribbean island. Since then, "more than 2,203,490 passengers have traveled to the Republic of Cuba aboard more than 13,479 flights," the U.S.-Cuba Trade and Economic Council reported, citing statistics from the U.S. Department of Transportation. And The Associated Press reported cruise travel "has become the most popular form of U.S. leisure travel to the island, bringing 142,721 people in the first four months of the year, a more than 300% increase over the same period last year."

"Cuba remains communist, and the United States, under the previous administration, made too many concessions to one of our historically most aggressive adversaries," Commerce Secretary Wilbur Ross said in a statement.

Ross added that the administration "is acting to limit commercial activity that provides revenue for the Cuban regime. Holding other countries accountable remains a focus for this Administration and we will remain vigilant."

Norwegian Cruise Line responded to the announcement from the White House in an emailed statement saying the company is "closely monitoring these recent developments and any resulting impact to cruise travel to Cuba."

"We will communicate to our guests and travel partners as additional information becomes available," the company added.

"It's very clear that American are getting off the beaten track," Laverty, who was speaking about tourists who arrive via cruise ships, told NPR. "They're eating at private restaurants, they're taking private taxis, staying at bed and breakfasts and really empowering the Cuban people."

He acknowledged the Cuban government ultimately benefits from such transactions, but so do millions of Cuban households, he argued. "And they're the ones who are going to suffer from these changes."

According to the State Department, those with travel plans in hand will be "grandfathered" in. And other categories allowing travel are still available, including faith-group trips, humanitarian projects and the nebulous "support of the Cuban people."