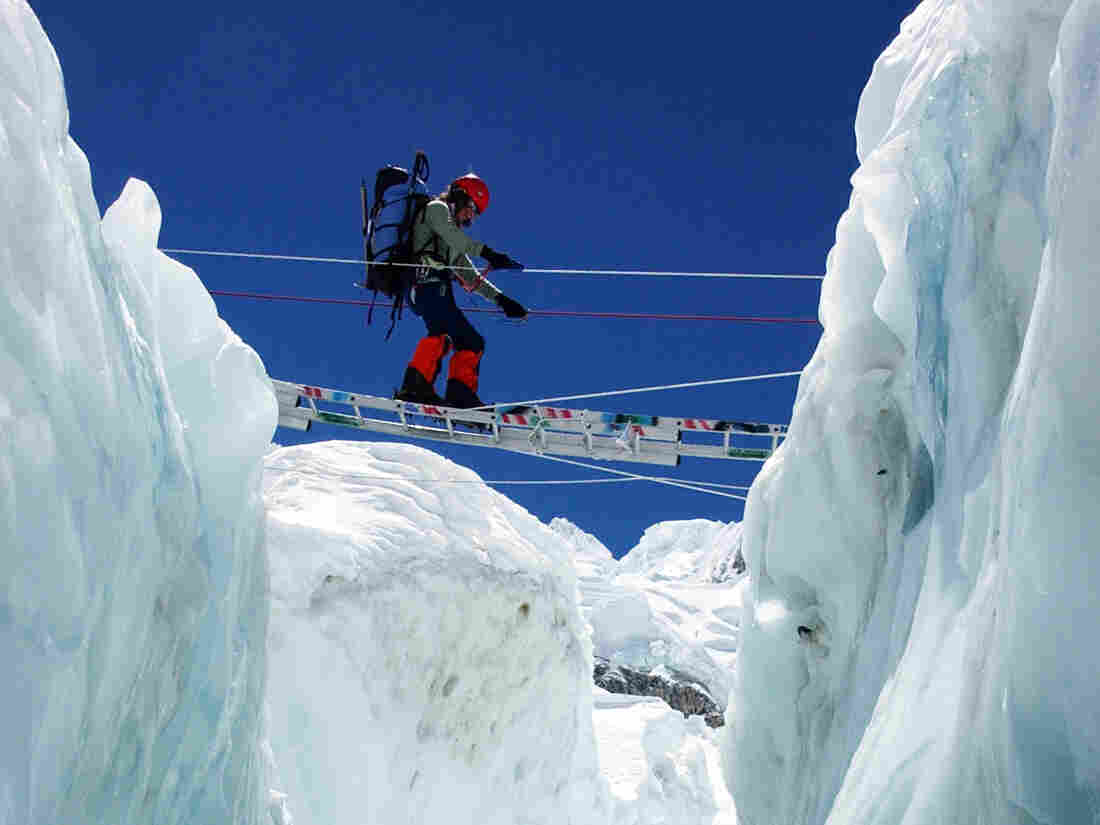 Alison Levine, a member of the Seven Summits Club, led an all-female expedition up Everest in 2002. Jake Norton/Courtesy of Alison Levine hide caption 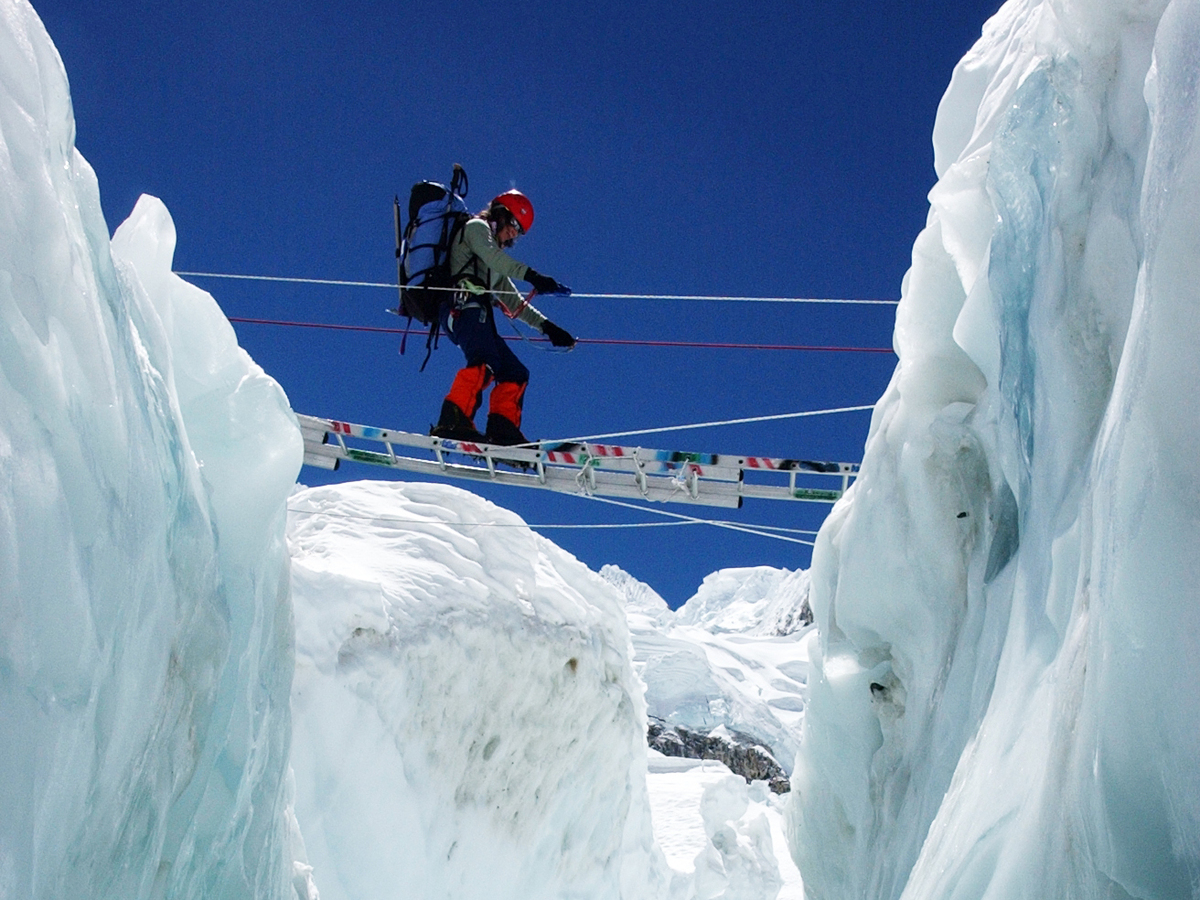 Alison Levine, a member of the Seven Summits Club, led an all-female expedition up Everest in 2002.

At least 11 climbers died on Mount Everest last month, including two Americans in pursuit of joining the Seven Summits Club, a select group of roughly 500 people worldwide who have climbed the tallest peaks on every continent. Everest was the final summit for both Christopher Kulish and Donald Cash. Each died on his descent.

The deaths have sparked concern over Nepal's distribution of permits, dangerous conditions and overcrowding on the mountain.

But members of the Seven Summits Club who have experienced Everest firsthand say that this level of crowding isn't out of the ordinary.

"When you're going up to the summit and you look around and there's 250 other people, that's not a surprise," said Cason Crane, a 26-year-old mountaineer who summited Everest in 2013. "And especially if you actually read the reports from the mountain, people were fully aware it was crowded, and they made the choice to still climb."

As climbers like Crane have heard about the recent Everest casualties, they have reflected on their own experiences at the world's highest point, and why, despite the risks and intensive labor involved, they felt compelled to climb not just one major summit, but seven. 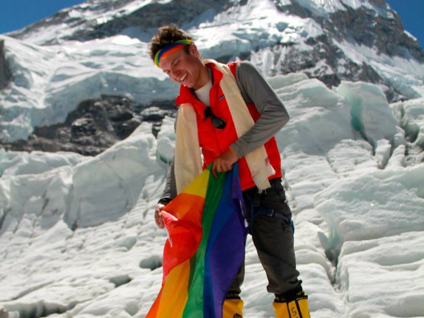 The particular feat of climbing the seven summits took off after American businessman Richard Bass reportedly became the first mountaineer to do so in 1985. He popularized a version of the challenge that included Denali in North America, Aconcagua in South America, Kilimanjaro in Africa, Elbrus in Europe, Vinson Massif in Antarctica, Kosciuszko in Australia, and of course, Everest in Asia. Since then, the exact summit list has been a topic of debate. Today, a version called the Messner list, after Italian mountaineer Reinhold Messner, is considered the most legitimate in the climbing community. It takes into account Australia's surrounding islands when determining its highest point, swapping the 7,310 ft Kosciuszko from Bass's list for 16,024 ft Carstensz Pyramid in the Papua Province of Indonesia.

David Mauro didn't set out to climb all seven summits — a trait that is surprisingly common among mountaineers who have. He began climbing when his brother-in-law invited him on a trek up Denali in 2007 — a daunting expedition even for seasoned climbers. Having just gone through a divorce in his 40s and feeling like his life resembled a "big dumpster fire," Mauro thought there wasn't anything holding him back.

"If I hadn't been at such a low point in my life, I probably never would have become a mountaineer," Mauro said. "At some point it just occurred to me that I had nothing left to lose."

When Mauro got back from Denali, he got a tattoo of its profile to remember his adventure and decided to quit climbing. But three months later, he said he felt a calling to climb another mountain, and made plans to summit Kilimanjaro. In the seven years that it took him to climb the rest of the seven summits, Mauro said he backed away from the sport several times, but the emotional rejuvenation he experienced each climb always made him return.

"What happened was each time I did one of these mountain climbs, there would be this rich lesson that would come out of it that was immediately relevant," Mauro said. "It became this seven-year conversation between the mountains and my personal life." 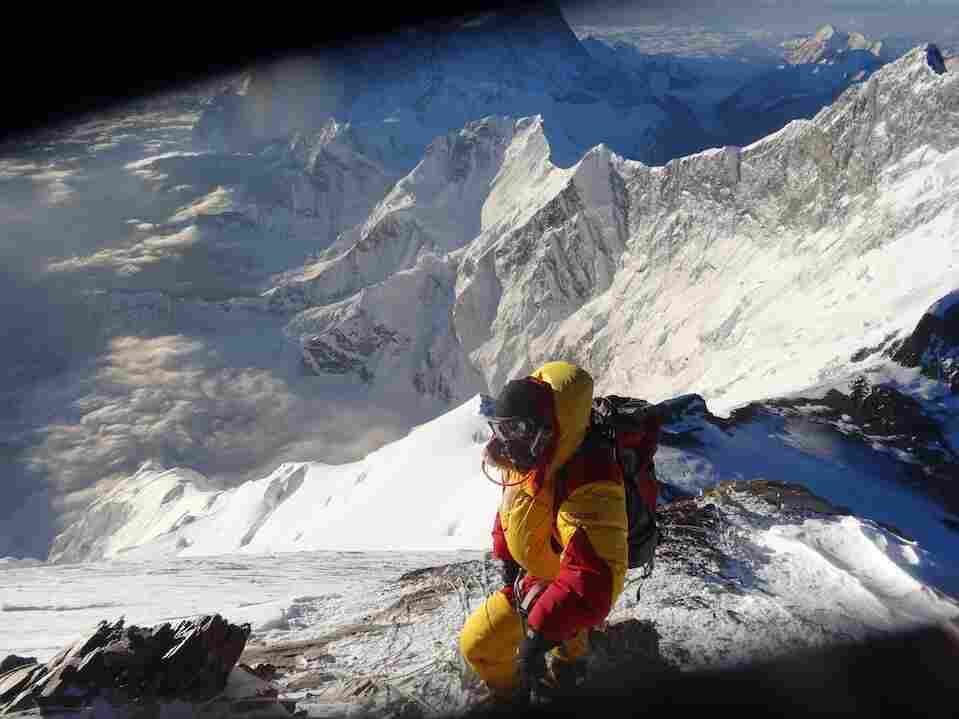 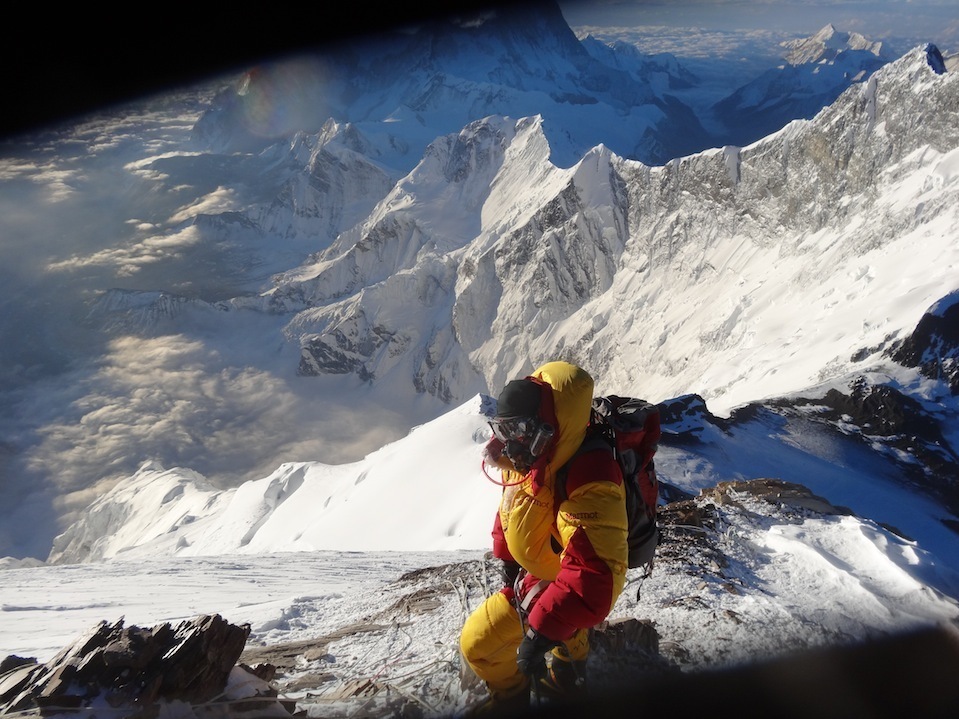 David Mauro rappelling off Everest's south summit during his 2013 expedition.

Stories of how mountaineering can foster intense personal growth, however, don't diminish the elements of extreme danger prevalent in the most common Everest narratives. Each spring brings climbing-related deaths as hundreds of people attempt to scale the nearly 30,000-foot peak.

Alison Levine, who has climbed all seven summits and led an all-female Everest expedition in 2002, said part of what makes climbing Everest so dangerous is that mountaineers can become consumed with blind desire to get to the top and will ignore crucial signs of exhaustion or hazardous conditions. In her 2002 trip up Everest, Levine and her team had to make an early descent only 275 feet from the top because of a turn in weather, a decision that prioritized safety over summiting.

"What you have to remember in the decision making process is that the summit is only the halfway point," Levine said. "The summit is never the goal. Ever. The number one goal is always to come back alive."

The summit is never the goal. Ever. The number one goal is always to come back alive.

Crane says it's necessary to constantly analyze risks is when climbing peaks as severe as the seven summits, and that most people grapple with the possibility of death before they start an expedition. Each serious climb is made up of conscious choices that he believes aren't always acknowledged in stories about mountaineering, and Everest in particular.

"I do think that sometimes gets lost in the mix, when people just talk about the weather, they just talk about the crowding, but there are actually a lot more decisions in between those points and in addition to those factors that do contribute to the outcome," Crane said.

Amid Deadly Season On Everest, Nepal Has No Plans To Issue Fewer Permits

Though the perceived point of the Seven Summits Club is to reach the globe's highest peaks, those who have completed this challenge often don't cite summiting as the most formative experience. What stands out, according to Crane, Levine and Mauro, isn't the glory that comes with looking down from the top of the world. It was everything that led up to it.

When Levine returned to Everest eight years after her first attempt, she finally reached the summit — her last on the challenge's list. But, she says, she found the act of summiting itself somewhat underwhelming.

"When I did make it to the summit, what I realized is that standing on top of a mountain doesn't change you and doesn't change the world," Levine said. "It's really about the journey, the journey is the most important thing on any mountain."

As this deadly month on Everest has shown, extreme mountaineering, especially in the form of a Seven Summits bid, poses significant risk. It's the powerful inner voice, though, that sets climbers on paths up the precarious slopes anyway and takes them beyond cementing themselves in this elite club.

"Bragging rights ain't gonna get you to the top of any of those hills," Mauro said. "There's gotta be something much, much deeper inside of you that drives that quest."

Abigail Clukey is an intern on NPR's National Desk.