Accessibility links
'Dead To Me' Star Christina Applegate: Loss 'Lives In The Fibers Of Your Being' Applegate stars in the new Netflix series as a woman mourning the sudden death of her husband. "I've been there," she says of her character's "messy" and "unapologetic" grief. 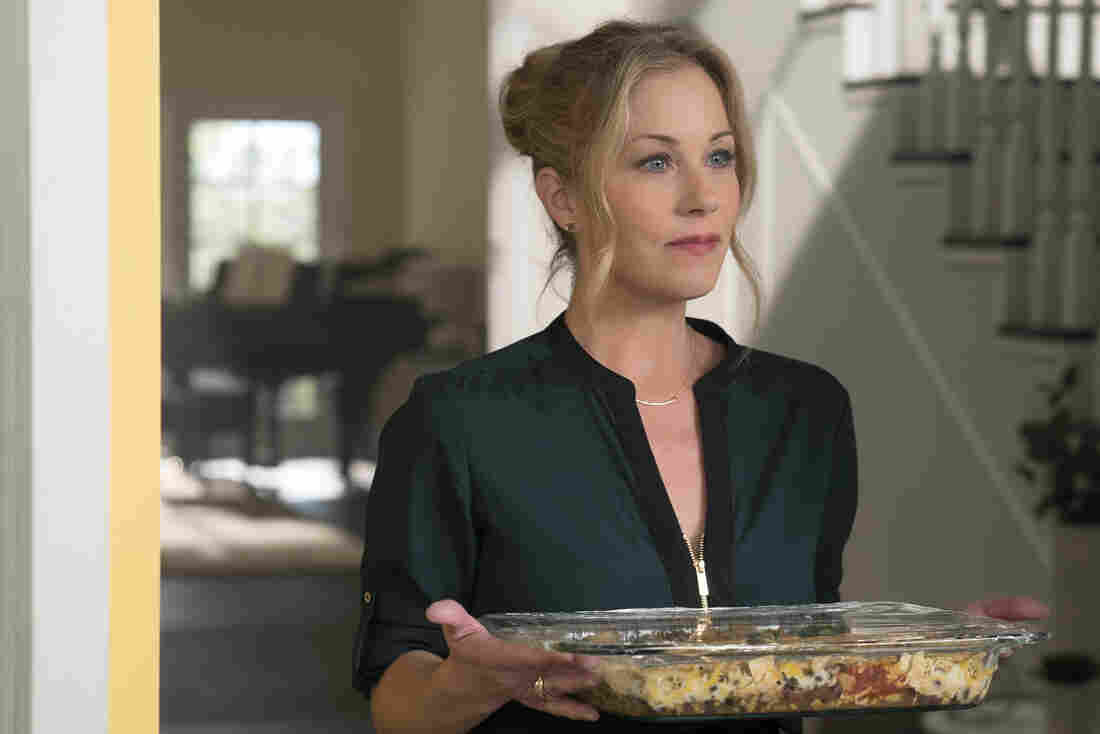 Christina Applegate plays Jen, a real estate agent and mother of two, dealing with the sudden death of her husband in the Netflix series Dead To Me. Saeed Adyan/Netflix hide caption 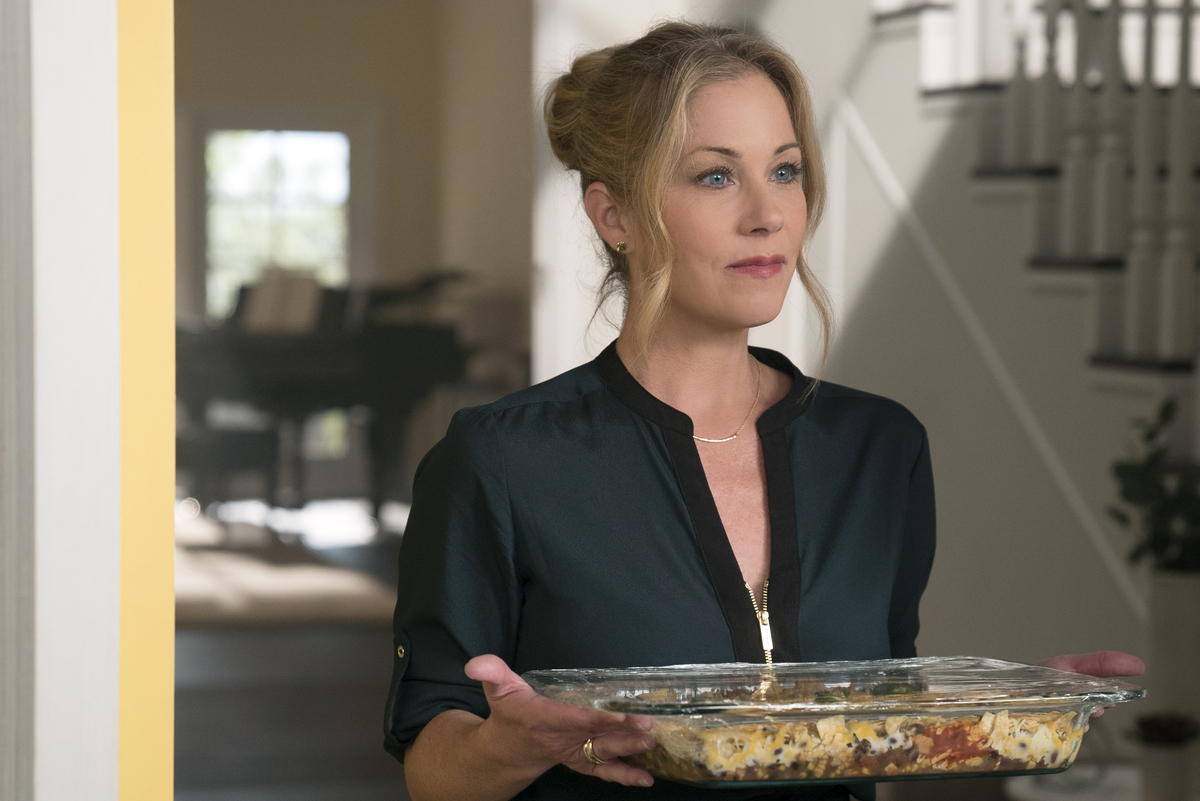 Christina Applegate plays Jen, a real estate agent and mother of two, dealing with the sudden death of her husband in the Netflix series Dead To Me.

Christina Applegate describes grief as "completely messy and unexpected and unapologetic." At least that's the way it's portrayed in her new Netflix series, Dead To Me.

The show, which has been described as a "traumedy" (a trauma-infused comedy/drama), centers on two women who meet in a grief support group. Applegate's character, Jen, is dealing with the loss of her husband, who was killed in a hit-and-run car accident.

As Jen processes her grief, she's also trying to find the driver who killed her husband. Applegate says the show is about Jen's efforts to "keep her head above water" — which sometimes take the form of wry black humor.

"I've been there. I've had times in my life that were so incredibly painful. And I, in other people's eyes, wasn't dealing with it the way I should have dealt with it," she says. "And that's really hard, because you don't know how else to deal with it but the way that you are feeling."

I've lost people. And, you know, health issues and things like that, all kind of around the same time a few years ago. So that was a really, really dark — a dark time. So I really related to that when I got the script. And it's not something I had to really pull from. It just lives there. It lives in the fibers of your being, and in your spirit and in your soul. It stays there.

On having breast cancer and deciding to be tested for one of the BRCA genetic mutations commonly linked to an increased risk for cancers of the breast, ovaries and some other organs

It's been many years for me, so I'm much more used to my life, my body now. But it's an amputation. And you physically and emotionally go through so much when you lose a part of you, especially a part of you that defines you as a female and all of those other things. It feeds babies. There's a lot of reasons that it's a very personal surgery.

On going public about her cancer and mastectomy

But my plan really wasn't to talk about it, because it didn't really matter; it was my personal story. But then at the same time, an MRI saved my life, and because of that, I started my foundation, Right Action for Women, which we provide funding for women of high-risk for their annual MRIs and, also, a website that can educate you to know what it means to be high-risk and what kind of steps you can take. So that started right in 2008. So there was a silver lining in there as well.

On playing Kelly Bundy on Married ... with Children and taping in front of a live — often cheering — audience

There was no [applause] sign. This was all real. In fact, most of the time, we had to tell them to stop, because it would go on for too long ... and it would actually start to kind of mess up the timing of the scenes. So we would actually have to ask the audiences to cool it. We didn't have a laugh track, none of that. This was all, like, those 200 people, at a sporting event, basically.

I tried to tune it out, because if I had played into that, it would be a whole other ballgame. But I had to stay in my scene, do my work, do my job. And, hopefully, they would stop at a certain time so I could say my first line.

My past is no different and also probably a lot darker than a lot of people's. ... So I really do take offense when people think that I've had a silver spoon in my mouth and that I haven't seen the dark side of life. ... And if I hadn't, then I don't know if I could've played Jen the way that I did. So that's how I feel about that.