Accessibility links
Trump Administration Announces Cuts To Programs For Immigrant Minors In Custody The Office of Refugee Resettlement is telling migrant shelters to scale back on activities that are "not directly necessary for the protection of life and safety." 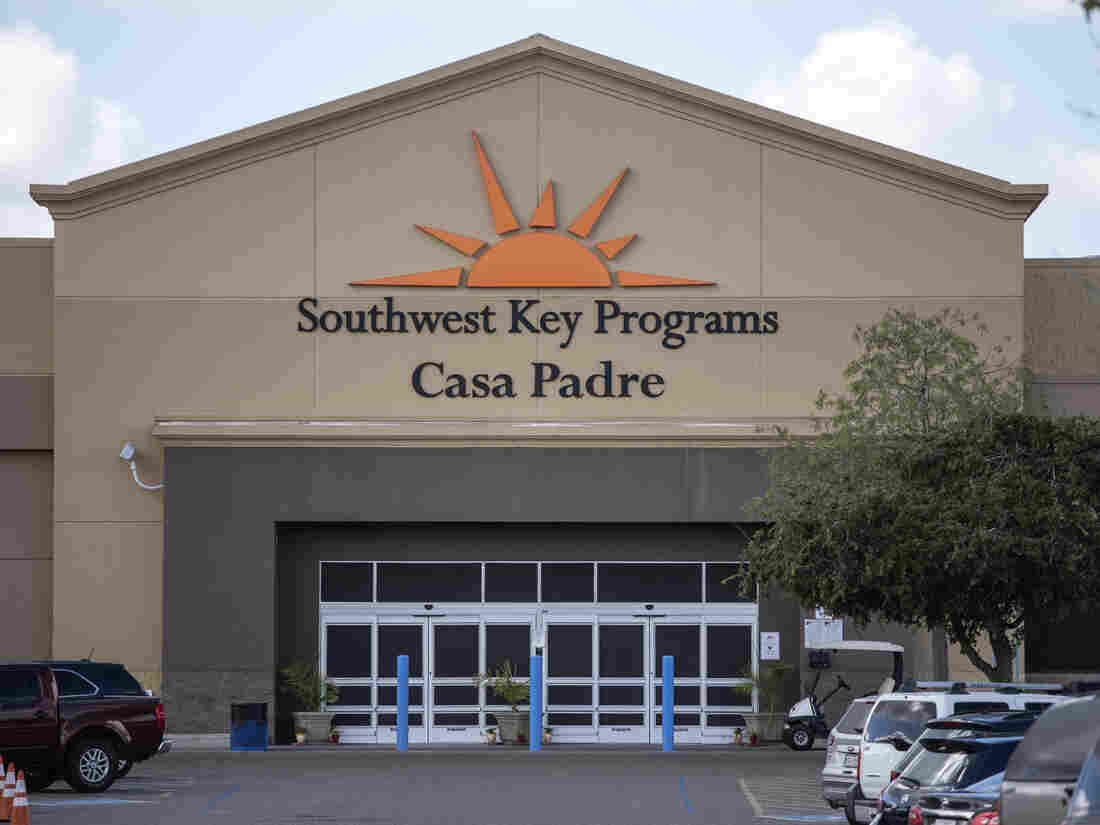 The Southwest Key-Casa Padre Facility in Brownsville, Texas, formerly a Walmart, is one of more than 150 federally contracted shelters for unaccompanied minors that will lose educational and legal programs as a result of the mandate by Health and Human Services. Sergio Flores/Bloomberg via Getty Images hide caption 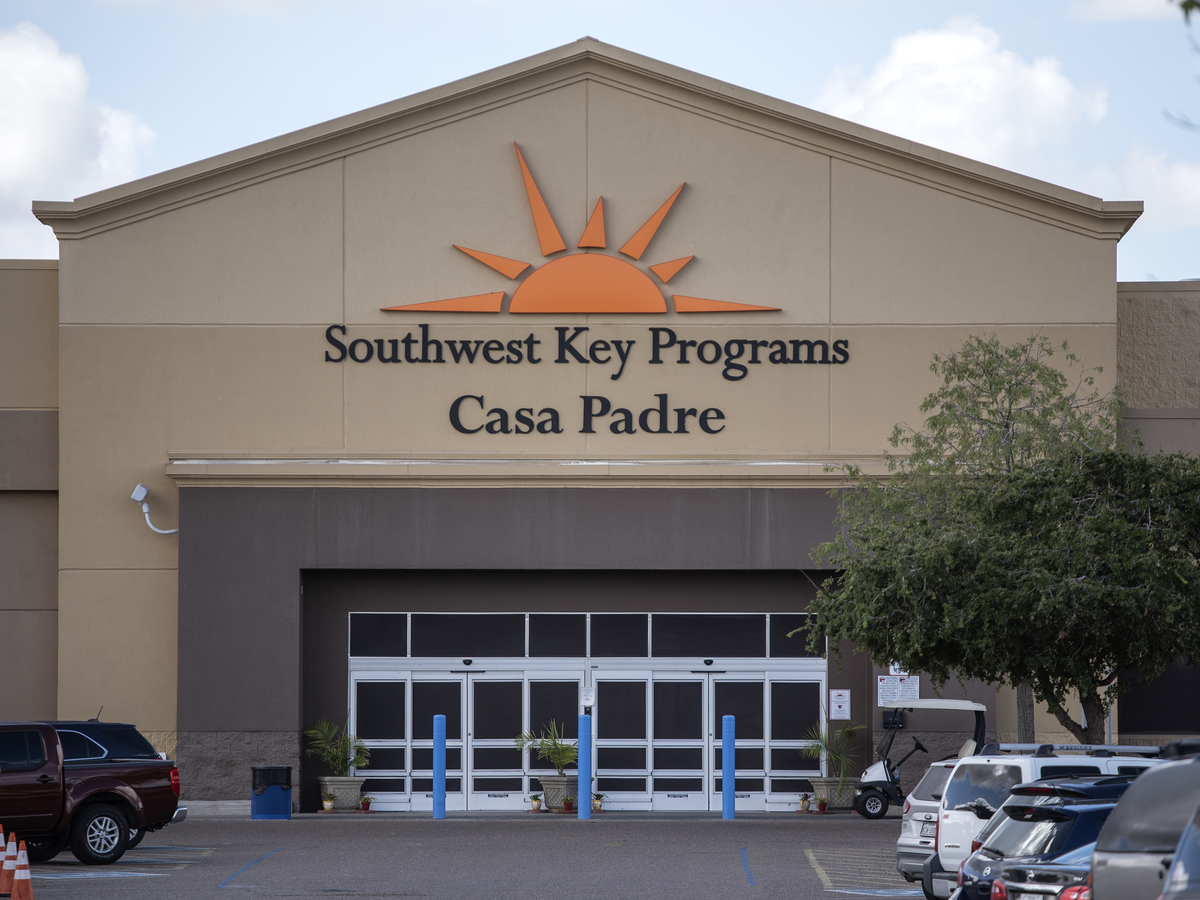 The Southwest Key-Casa Padre Facility in Brownsville, Texas, formerly a Walmart, is one of more than 150 federally contracted shelters for unaccompanied minors that will lose educational and legal programs as a result of the mandate by Health and Human Services.

The Trump administration is canceling English classes, recreational activities including soccer, and legal aid for unaccompanied migrant children who are staying in federally contracted migrant shelters.

The Office of Refugee Resettlement, which is charged with caring for minors who arrive at the Southern border without a parent or legal guardian, says the large influx of migrants in recent months is straining its already threadbare budget. ORR is part of the Department of Health and Human Services.

In an emailed statement, HHS spokeswoman Evelyn Stauffer said ORR is instructing its shelters to scale back on activities "that are not directly necessary for the protection of life and safety," as the Antideficiency Act requires.

One shelter-provider employee told The Associated Press the facility was notified on May 30 "that they wouldn't be reimbursing costs of providing education and other activities," throwing shelter officials into a panic over how they will cover the expenses, which they pay upfront.

The White House told Congress last month that the migrant shelter program could run out of money in June. The administration has requested nearly $3 billion to shore up the program in a supplemental budget request, but Congress has yet to approve the money.

The additional funding, according to Stauffer, would go toward increasing "shelter capacity in order to meet the needs of the minors in our custody while ORR works to find sponsors, usually family members, for the children."

Advocates for migrant children say the decision to cut services is unwise and possibly illegal. Children apprehended illegally entering the country must remain under the government's care in shelters until they are reunited with their parents or a sponsor while awaiting immigration court hearings.

Rochelle Garza, a staff attorney with the ACLU of Texas, told NPR all of the facilities that house unaccompanied minors are required to comply with federal law to obtain federal contracts. "But they also have to comply with state law because all these facilities need to be licensed within the state in which they're located." And among those requirements are educational and recreational provisions.

Garza works in Brownsville, Texas, near Casa Padre, the former Walmart that has been converted into a shelter for approximately 1,500 boys ages 10 to 17. She described an average day for children housed in a regular security shelter as comparable to a full day of school that includes English, math, science and reading classes. The children get periods of outdoor activity and often play basketball and soccer. There are even sporadic outings to a nearby church, park or zoo.

She said without those programs, housed children are "going to be sitting in prisonlike conditions." She noted many of the minors are vulnerable children from Central America who have escaped violence.

Approximately 13,200 minors are currently being held in federally contracted shelters as of June 2, an HHS spokesperson told NPR. The average length of care for a child in the program is approximately 48 days.

On Wednesday, Customs and Border Protection announced that the number of migrant children crossing the Southern border without a parent or legal guardian reached a record high in May. More than 11,000 — twice the number who crossed six months ago — entered the country. CBP recorded another sharp increase across the board; more than 144,000 immigrants were taken into custody along the U.S.-Mexico border.

"We are in full-blown emergency and I cannot say this stronger, the system is broken," acting CBP Commissioner John Sanders told reporters.

Among the contracts involved are those provided by legal services groups, which offer know-your-rights presentations to minors. Without them, Garza said, "We're going to see a lot of kids being brought to court with absolutely no one on their side with no legal representation."