Accessibility links
Review: Bill Callahan, 'Shepherd In A Sheepskin Vest' On his first album in six years, Bill Callahan ruminates on domesticity, devotion and mortality in his conversational baritone. 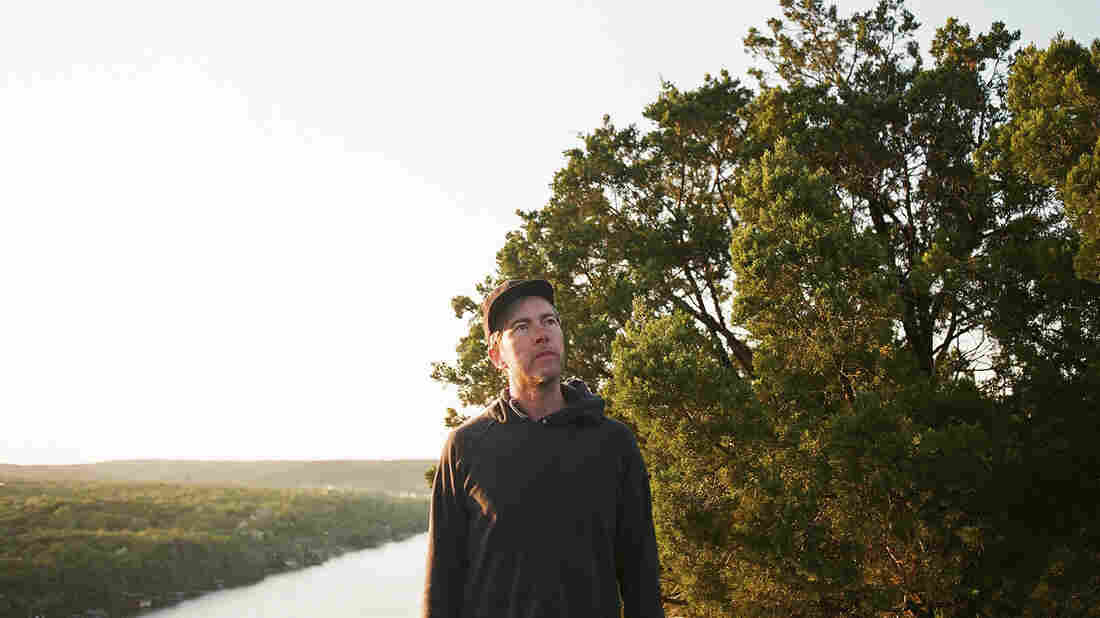 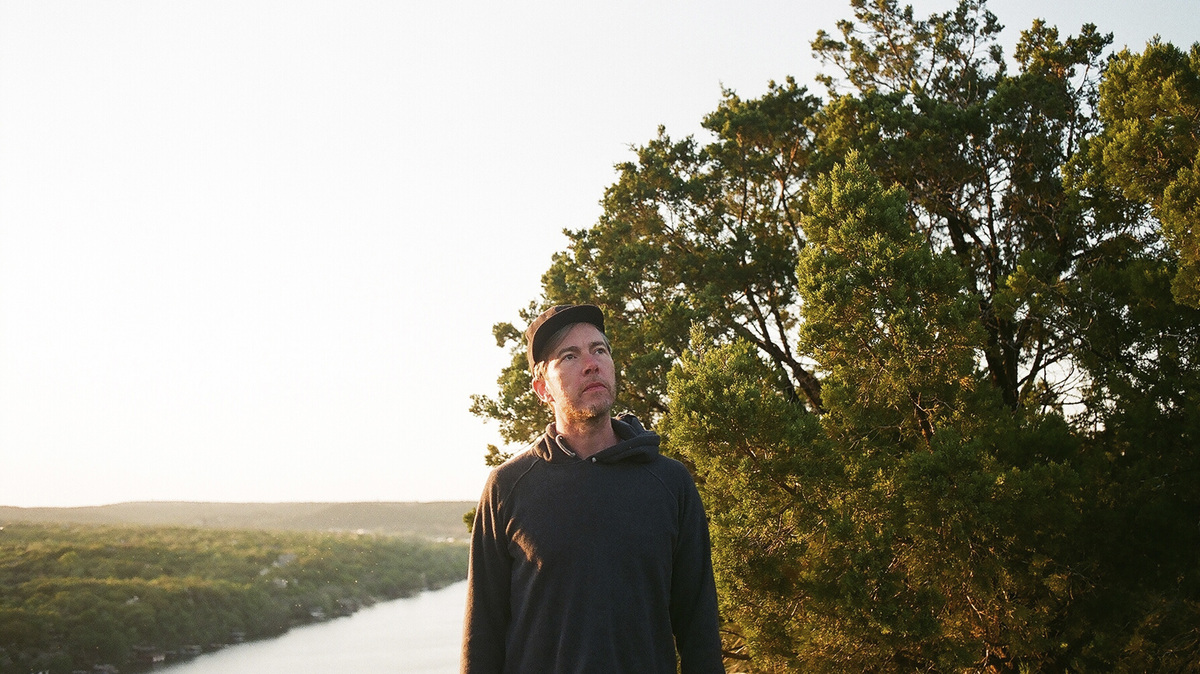 Bill Callahan's Shepherd in a Sheepskin Vest comes out June 14.

Hanly Banks Callahan/Courtesy of the artist

"I sing for answers," declares Bill Callahan at one point on his calmly revelatory new album, Shepherd in a Sheepskin Vest. "I sing for good listeners," he adds. "And tired dancers." 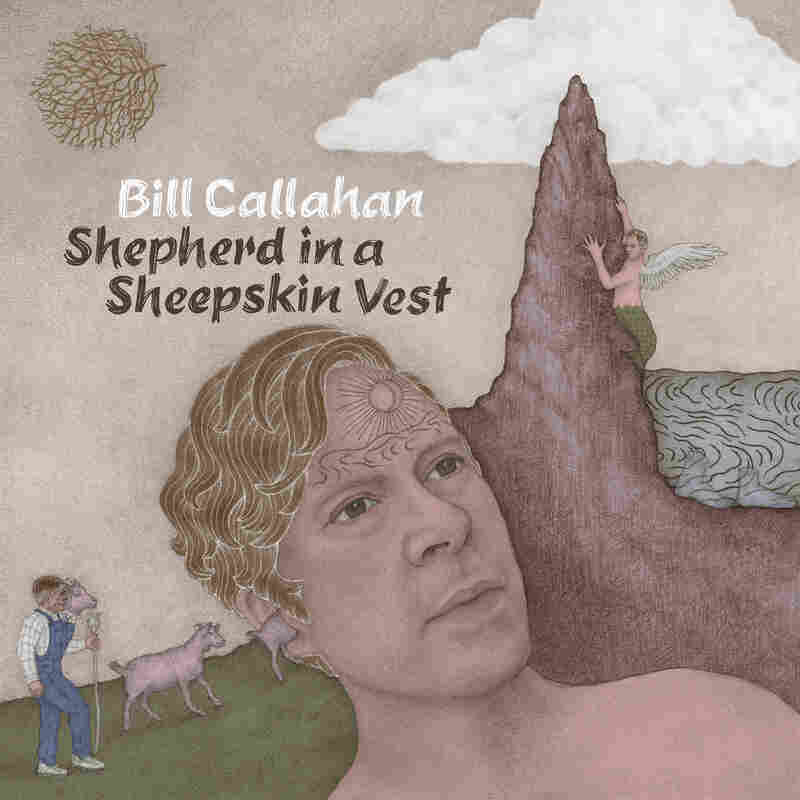 This firm statement of purpose comes at the end of a gamboling song full of disclaimers. The beginning of the song, "Call Me Anything," amounts to a backpedaling shrug:

Callahan, who turned 53 this week, has acclimated his good listeners to a state of wary adulation; "the effort to describe" is an excellent stab at self-definition, but you'd be foolish to get too comfortable with it. Best to follow his lead without letting down your guard, despite his roguishly disarming air. "Well, it's been such a long time," Callahan sings on the album's overture, "Shepherd's Welcome," in his conversational baritone. "Why don't you come on in?"

Shepherd in a Sheepskin Vest is in fact the first proper Bill Callahan album in six years — an unusually quiet spell for a singer-songwriter who, for more than two decades, often churned out an album a year. (From 1990 to the mid-2000s, he recorded as Smog, earning a cult following somewhere at the crossroads of lo-fi, alt-country and indie-folk.)

Callahan has spun gold out of archetypes of the American west before, notably on his 2011 album Apocalypse. As the title implies, Shepherd is his pastoral album. The first literal definition of "pastoral," of course, involves shepherding — but the word also refers to the countryside, to a literary tradition, to the sweet simplicity of an idyll, to the care and leadership of a congregation. All of those implications seem close at hand for Callahan, who has attributed the pause in his output to some perfectly ordinary life events: his marriage, the birth of his son, the death of his mother. Throughout the new album, you get the unmistakable sense that, for him, it feels good to be writing again. You'd get that sense even without a song called "Writing," which opens with the line: "It feels good to be writing again."

The music, too, feels like an outpouring, with a small clutch of musicians working in a rusticated mode. Among them are Matt Kinsey, on guitar, and Brian Beattie, on bass and a handful of other instruments, like pump organ and celeste. Callahan himself is credited not only on acoustic guitar but also an array of synthesizers and percussion, along with bowed banjo and bowed psaltery.

There are 20 songs in total on the album, some of them informal sketches and others that feel as sturdily and carefully built as an old chest of drawers. "What Comes After Certainty" is an intoxicating love song, its message sounding a universal chord even as Callahan gets specific with his lyrics (and, significantly, name-checks Willie Nelson). "Circles" is set at a hospital deathbed; it leads into "When We Let Go," an openhearted elegy. In fact, the album's running threads of domesticity and devotion can hardly be unwoven from its ruminations on mortality.

The album's valediction is "The Beast" — not a song about some latent inner darkness, despite an amusing earlier track called "The Ballad of the Hulk." Rather, the subject of "The Beast" appears to be death itself, and the way it haunts and hovers over our relationships. "Borrowed breath, borrowed thrones," Callahan muses, nudging his flock toward a memento mori.

If he seems frank and untroubled on the subject of death, it may have something to do with the pastoral customs he has chosen to invoke. There's just one non-original on Shepherd in a Sheepskin Vest — "Lonesome Valley," an American folksong recorded by the likes of Woody Guthrie, Doc Watson, and the Carter Family.

The song's message is that each person meets his or her maker alone. Callahan sings it with a heavy tread — but as a tender duet with his wife, Hanly Banks Callahan. The point being: yes, the lonesome valley awaits. But until then, let's take this walk together.