Accessibility links
Review: 'The Last Black Man In San Francisco' Is An Elegy In Golden Light A young man attempts to reclaim a grand home in San Francisco's gentrified Fillmore district in this "wistful fairy tale built from real-life materials." 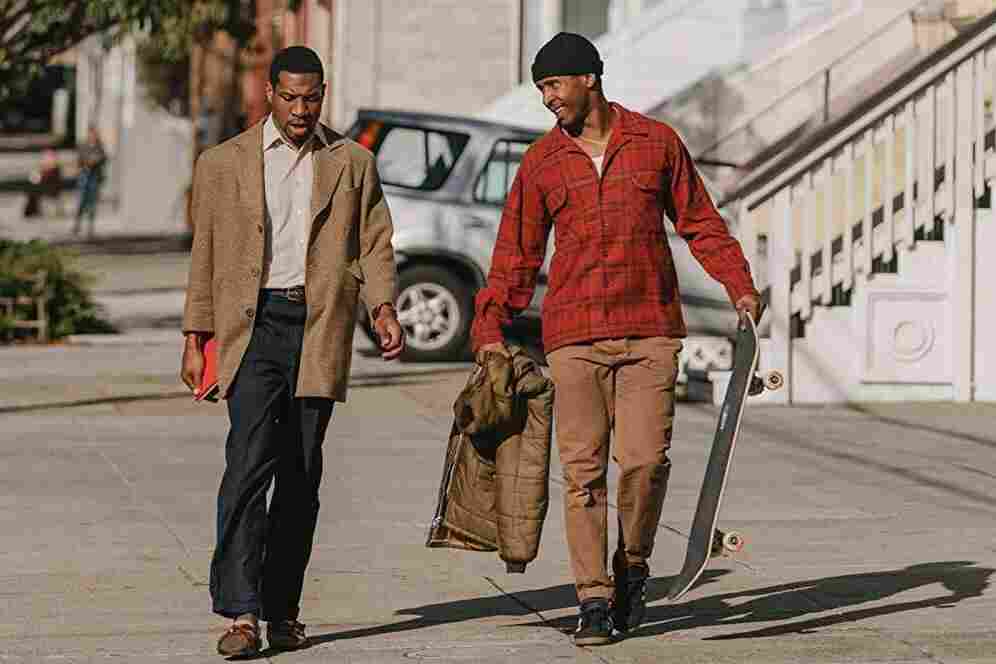 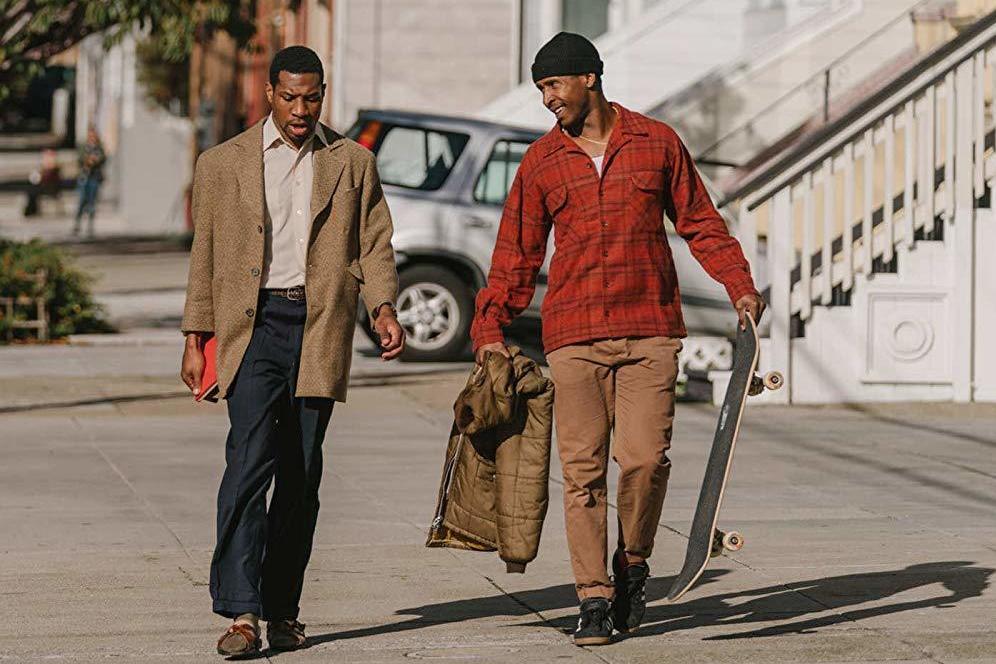 Elegies for a dead or dying San Francisco lie thick on the ground, but a ravishing new film made by two friends who grew up there offers a loving elegy for the city's black community.

The Last Black Man in San Francisco is about a man trying to reclaim a house. It's also about reclaiming the history of the Fillmore district, a neighborhood dubbed the Harlem of the West whose black families were pushed out to the city's outer margins long before Google buses rolled in to drive up prices and exile artists and oddballs (see Tales of the City) of all stripes.

In the quietly domestic tradition of African-American filmmakers Charles Burnett (Killer of Sheep, To Sleep With Anger) and Barry Jenkins (Moonlight, If Beale Street Could Talk), the film will repay your patience with a wistful fairy tale built from real-life materials. An unhurried tone poem with no guns and next to no blood, Last Man is a tale of race and the city, not Race and the City. First-time director Joe Talbot is white; his collaborator, Jimmie Fails, is black; they grew up together in Fillmore. This is Jimmie's story, and he plays himself.

In 'Killer of Sheep,' an L.A. Portrait Like No Other

Early on we find Jimmie lovingly touching up the trim on a beautiful but run-down Victorian house in Fillmore. The house is occupied by a white couple who seem more exasperated than appalled by the takeover. Jimmie politely insists it's his own because his grandfather built it before being driven out of Fillmore. He'll be back and they'll be gone, but that is not the takeaway.

You'll have to wait till the end of the film to find out whether or not Jimmie's account is true. At this moment his tale is vividly, life-savingly true for Jimmie, who shows and tells it in poetically staged fragments to his doubtful but endlessly supportive best friend Mont (Jonathan Majors, of White Boy Rick and When We Rise), a kind soul who shelters Jimmie in the home he shares with his blind grandfather (Danny Glover). Mont is his own kind of artist, a playwright who also sketches the lives of the dispossessed who haunt the city's down-at-heel outskirts. A supporting Greek chorus of non-pro locals doing what they do — singing, preaching, yelling their lament for the death of their community — adds to the movie's hand-made, often goofball charms.

A marginal among marginals, Jimmie is a Don Quixote searching for meaning and purpose through his struggles with the house's occupants; with a realtor who may be friend or foe; with a gaggle of gangbangers who hang out on the corner, harassing him with catcalls; with the naysaying father who now languishes in SRO housing; and in one achingly poignant encounter, with the mother he lost at a tender age.

Busying himself with a quest that at best may becalm his life, at worst may hurt him, Jimmie marinates in nostalgia that may hold him back, but that works to enhance the movie's unabashed visual romance. Talbot and cinematographer Adam Newport-Berra wash the city inside and out with a golden light reminiscent of Jenkins' exquisitely luminous Moonlight, and with breathtaking shots of the two friends skateboarding down one of San Francisco's plunging hills and along its streets, pursued by the shouts of a bearded man shedding his clothes.

The Last Black Man is a sequence of undeniably lovely grace notes that don't always cohere. Yet the movie is held together by the progress of Jimmie's conflict with himself, with a narrative he's used to spin a protective cocoon around his wounds. In that sense it's a parable about the power of the stories we tell ourselves to carry us through the chaos of living — and also to hold us back from getting on with our lives.