Accessibility links
Review: '16 Shots': A Chicago PD Cover-Up, Exposed The slaying of Laquan McDonald by a Chicago cop has been widely reported but Richard Rowley's documentary lays out the CPD's cover-up, and its ultimate collapse, in stark detail.

'16 Shots': Documentary Exposes The Cover-Up Behind A Chicago Police Shooting

'16 Shots': Documentary Exposes The Cover-Up Behind A Chicago Police Shooting 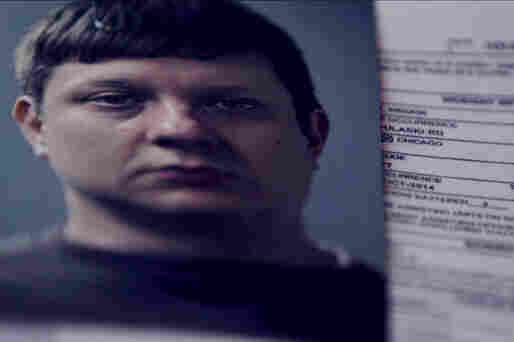 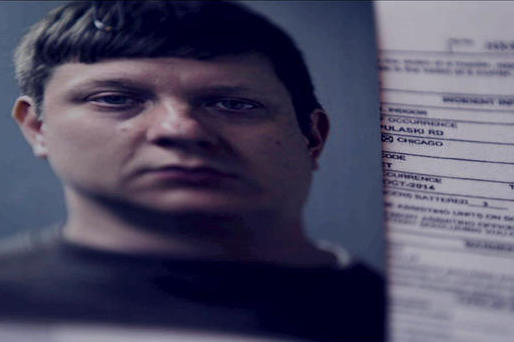 When Chicago police officer Jason Van Dyke shot Laquan McDonald 16 times — 15 of them after the teenager was already on the ground — the barrage was over in a matter of seconds. But the 2014 incident reverberated for years, ultimately bringing down the police commissioner, the state's attorney, and the mayor. They all might have survived, save for one lapse in the Chicago Police Department's cover-up.

That slip is at the center of writer-director Richard Rowley's 16 Shots, a cogent telling of the McDonald case. The police released dashboard-cam video of the shooting, perhaps inadvertently, to an attorney for McDonald's family. The footage contradicted the narrative contrived by the cops, who had intimidated witnesses and confiscated surveillance video from a nearby Burger King.

Rowley uses the blurry dash-cam vignette more than once in 16 Shots, which opens on June 7 in theaters in New York and Los Angeles before premiering on Showtime on June 14. He also has video of the trial, so that very little of the story — unlike in most documentaries that reconstruct controversial events — happens off screen.

In many ways, the 17-year-old McDonald's death mirrors several other high-profile recent killings of young African Americans by police officers. What's different is the outcome. The official account largely unraveled, and the cop who fired the gun was convicted of second-degree murder.

Rowley follows the outline of the story sketched in 2015 by freelance reporter Jamie Kalven, who's one of the documentary's producers. The director uses clips from TV news, of course, but also an impressive slate of original interviews. Among the somewhat chagrined talking heads are former State's Attorney Anita Alvarez, who was rejected by the voters; and bygone Police Commissioner Garry McCarthy, who was fired by Mayor Rahm Emmanuel and then rejected by the voters (when he ran for mayor).

Emmanuel, who announced he would not seek reelection just as Van Dyke went to trial, was not interviewed for the film. Neither, unsurprisingly, was Van Dyke.

Although the policeman's conviction has been widely reported, 16 Shots still illuminates. The movie offers many pungent details, including a telling one it holds until the last moment, and is structured for maximum drama. Rowley's only miscue is to insert frequent drone shots of Chicago's skyline, river, and lakefront. These initially seem pointless and soon become annoying.

The movie's first account of the killing comes from TV reporters, who parrot their Chicago PD sources, and official apologist Pat Camden, then-spokesperson for the city's Fraternal Order of Police. Rowley devastatingly contrasts an interview of Camden with a montage of TV clips. In the former, Camden strives to sound reasonable, although he ultimately turns testy. In the latter, he's revealed as a man who never met an act of police violence he couldn't justify.

Next to enter are activists, a pastor, and the McDonald family's lawyer, followed by three witnesses who were held for hours after the shooting and coached to change their accounts. By the time Rowley gets to a civil-rights litigator at the Justice Department in Washington, he's made a strong case that McDonald's slaying was both extraordinary and Chicago-police business as usual.

16 Shots doesn't end with a transformed city. The police department protected itself pretty effectively, and the judge went easy on Van Dyke at his sentencing. What happened after Laquan McDonald's death is remarkable, but not revolutionary.