Accessibility links
World War II Paratrooper Recounts Parachuting Into Normandy On D-Day Leslie Cruise served as a paratrooper during the D-Day invasion, June 6, 1944. The 95-year-old veteran reflects on his survival often and believes he has an obligation to share his story. 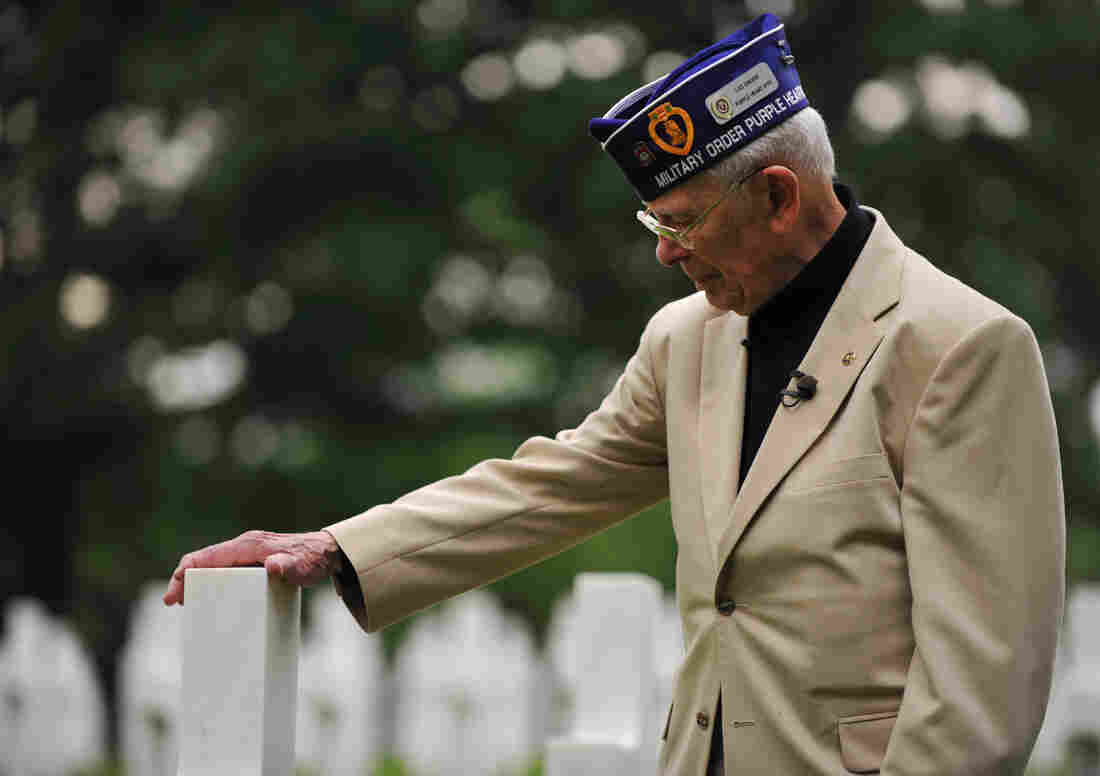 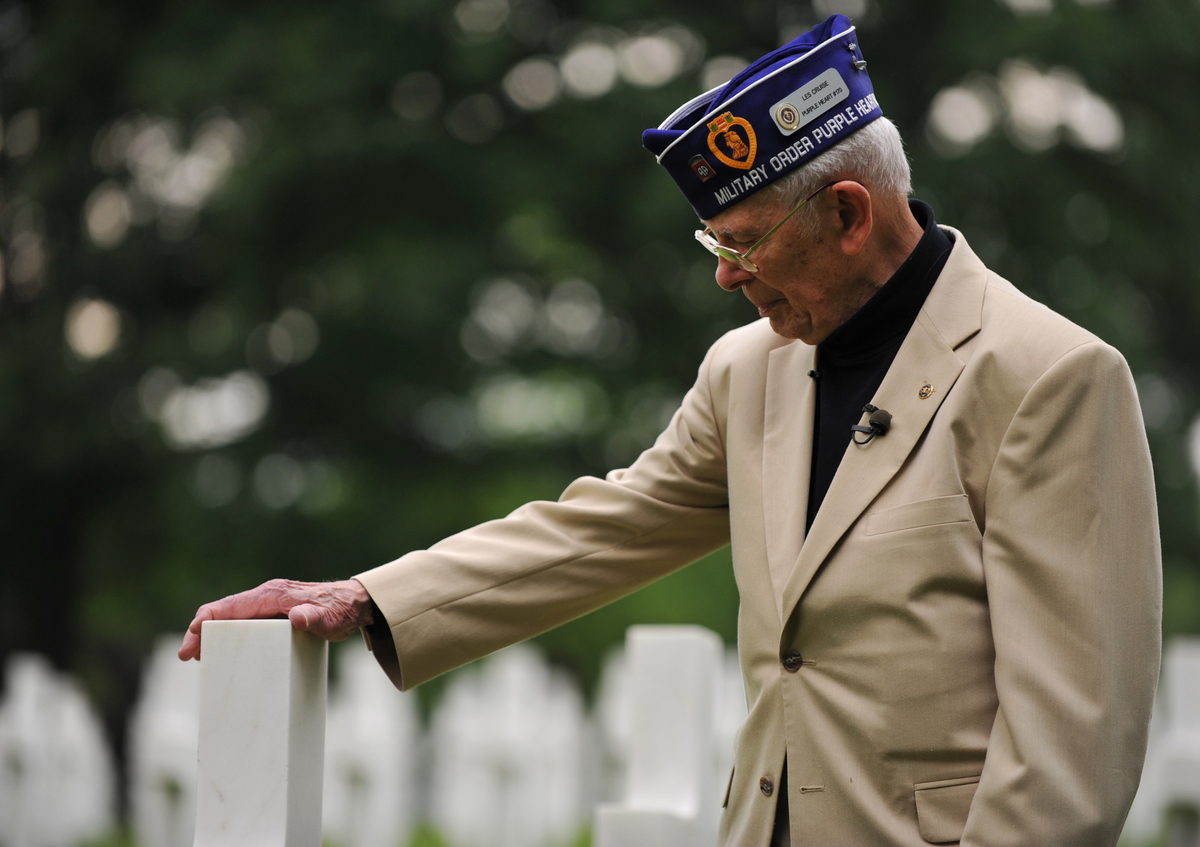 Retired Pvt. Leslie P. Cruise, 95, remembers June 6, 1944, clearly. Standing at the airplane's edge, preparing to jump onto the enemy lines of Normandy on D-Day, fear didn't occur to him.

"It was very moving and exciting," Cruise tells NPR's Noel King. "We fly over the channel; you can look out the window and see the silhouettes of the ships. We know what's going to happen now. We've talked about it, but look at all those ships down there, my gosh."

The nonagenarian, who joined the military in 1943, is one of the last surviving paratroopers from World War II. Were it not for Cruise and the success of his division, the 82nd Airborne, the course of history might have looked remarkably different.

Four years before Cruise's enlistment, Adolf Hitler began annexing land in Europe and exerting force across the continent. The D-Day operation, which took more than a year to plan and became the world's largest seaborne invasion, was an attempt to block Hitler's army and reverse the direction of influence on the battlefield.

At 98, D-Day Veteran Medic Returns To Normandy To Remember A Generation's Sacrifice

"The paratroopers played an absolutely key role on D-Day," says Keith Huxen, senior director of research and history at the World War II Museum in New Orleans. After parachuting down, they could commandeer crucial holding spots and protect the troops coming in from the beaches.

Cruise prepared to jump on the night of June 4, but the operation was delayed because of weather. The paratrooper, dressed and ready to go, slept atop his grenades until Gen. Dwight D. Eisenhower OK'd the mission the next day.

Crouching on the plane with his fellow paratroopers in the 505th Parachute Infantry Regiment, Cruise readied himself.

"It was a lot of noise," he remembers. "You've got hundreds of planes one after the other — vroom, vroom! Well, there they go, we're going next." 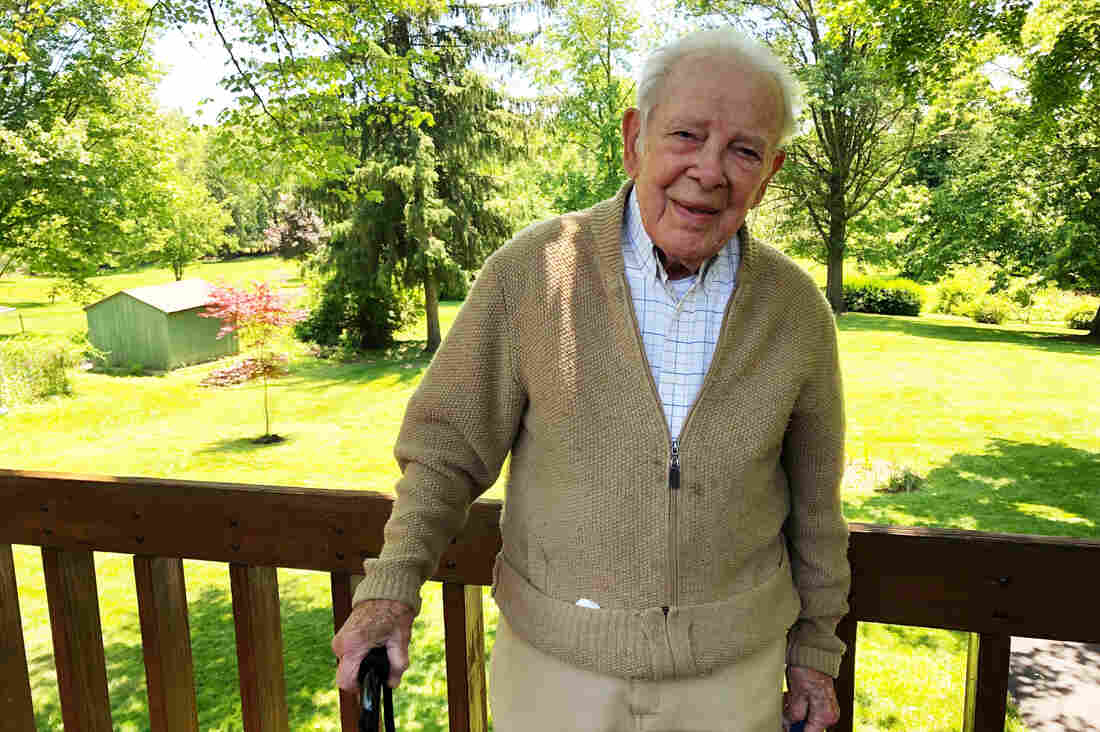 Leslie Cruise poses at his home in Horsham, Pa., on Tuesday, two days before the 75th anniversary of D-Day. William Jones/NPR hide caption 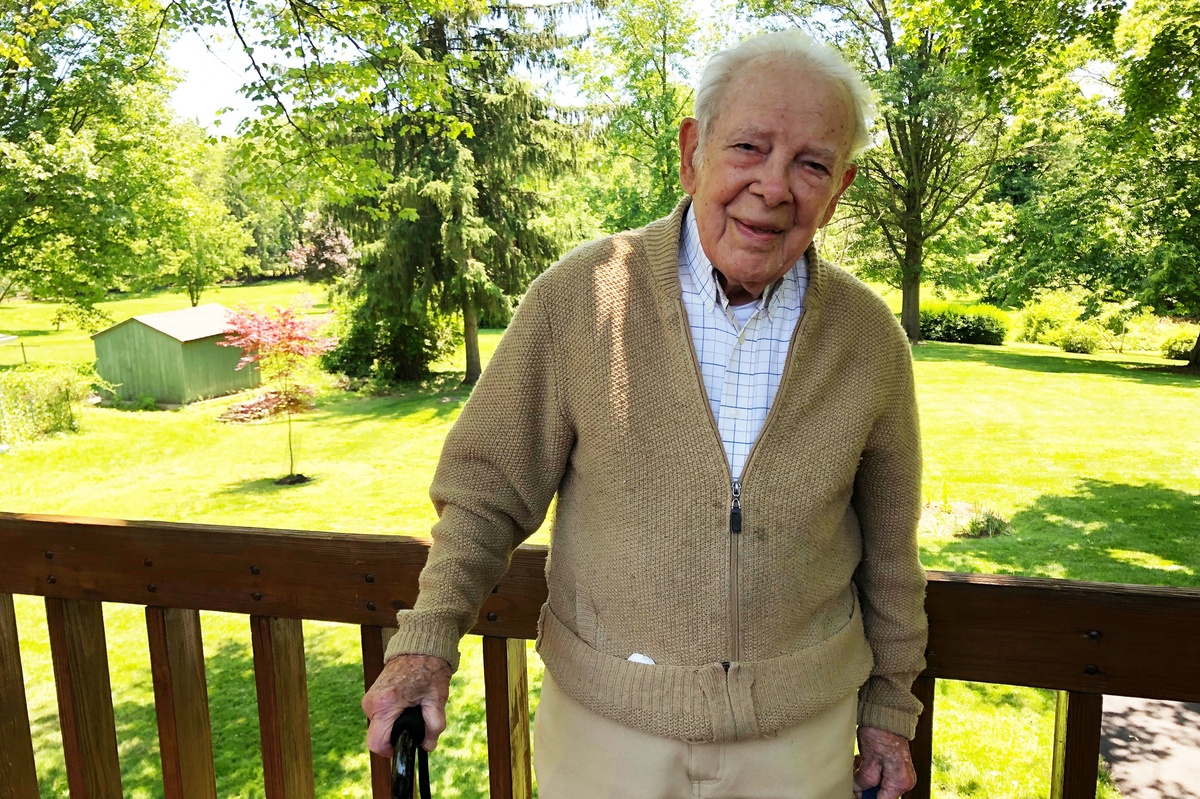 Leslie Cruise poses at his home in Horsham, Pa., on Tuesday, two days before the 75th anniversary of D-Day.

Given the greenlight to jump, he says, it was "like a slingshot out the door."

One of more than 13,000 American paratroopers on D-Day, Cruise survived the world's deadliest war. Almost half of the men in the 82nd Airborne Division suffered causalities or went missing in action.

Cruise's friend Pvt. Richard Vargas was one of those who died on the battlefield. Cruise watched him die beside him during the mission. Cruise and his division were charged with liberating French towns from the Germans. They saw 33 days of severe fighting.

"His body was sacrificed for mine, simple as that," Cruise says. "So that was a traumatic experience among others but that was probably the most moving. So I always think of that as my physical salvation."

Following D-Day, Cruise parachuted into Holland for Operation Market Garden and was injured by shrapnel in Belgium. To this day, Cruise has almost a half-inch of shrapnel in his wrist, which ended his military career and sent him back to America, according to an interview with National Geographic.

He attended the University of Pennsylvania on the GI Bill and enjoyed a long career as an architect. He takes pride in his family, which includes 15 great-grandchildren.

Now seven decades removed from his service, the veteran wants to honor the legacy of his comrades in arms by sharing his story.

"It was them; it could have been me. But I've been blessed that way, and so you have to go and account for it one day."

"I want [people] to appreciate what history has done for them and what it has done for this country," Cruise says. "Sacrifice is not just done by the World War II generation. ... Show some citizenship."

Victoria Whitley-Berry and William Jones produced and edited this story for broadcast.

In a previous summary of this story that appeared on the homepage, D-Day was incorrectly said to have occurred in 1945. It was in 1944.