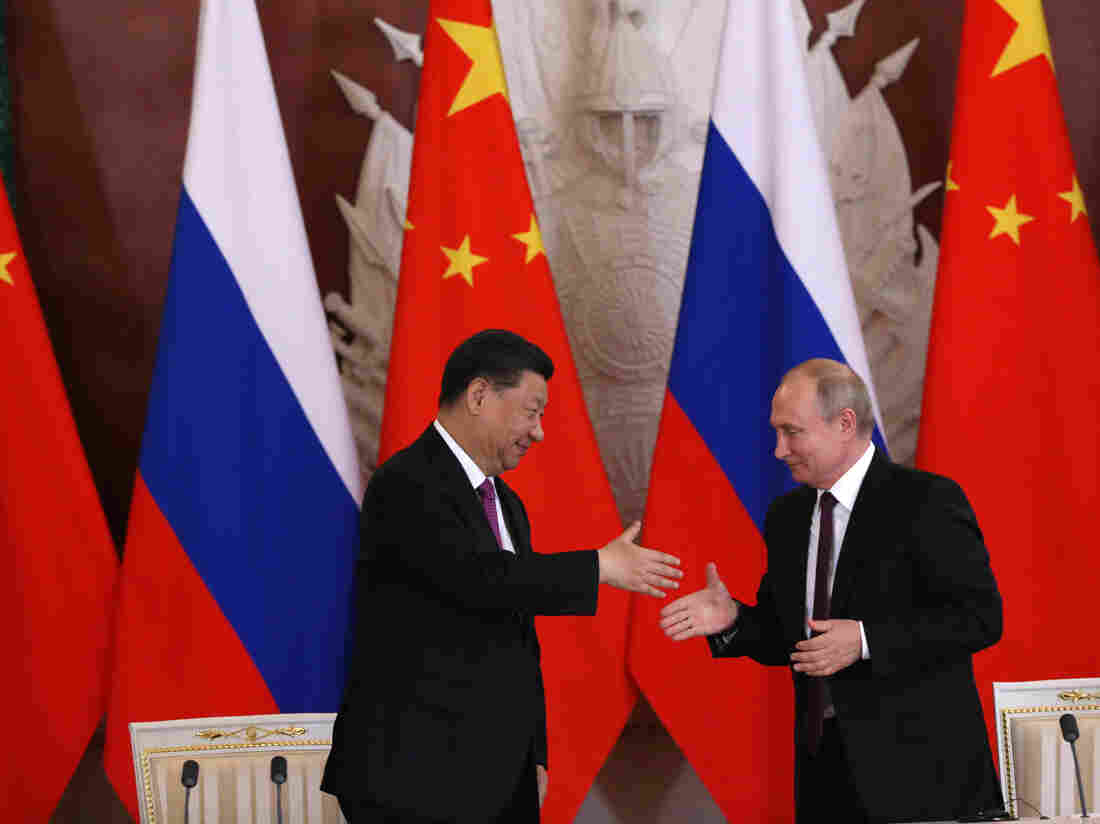 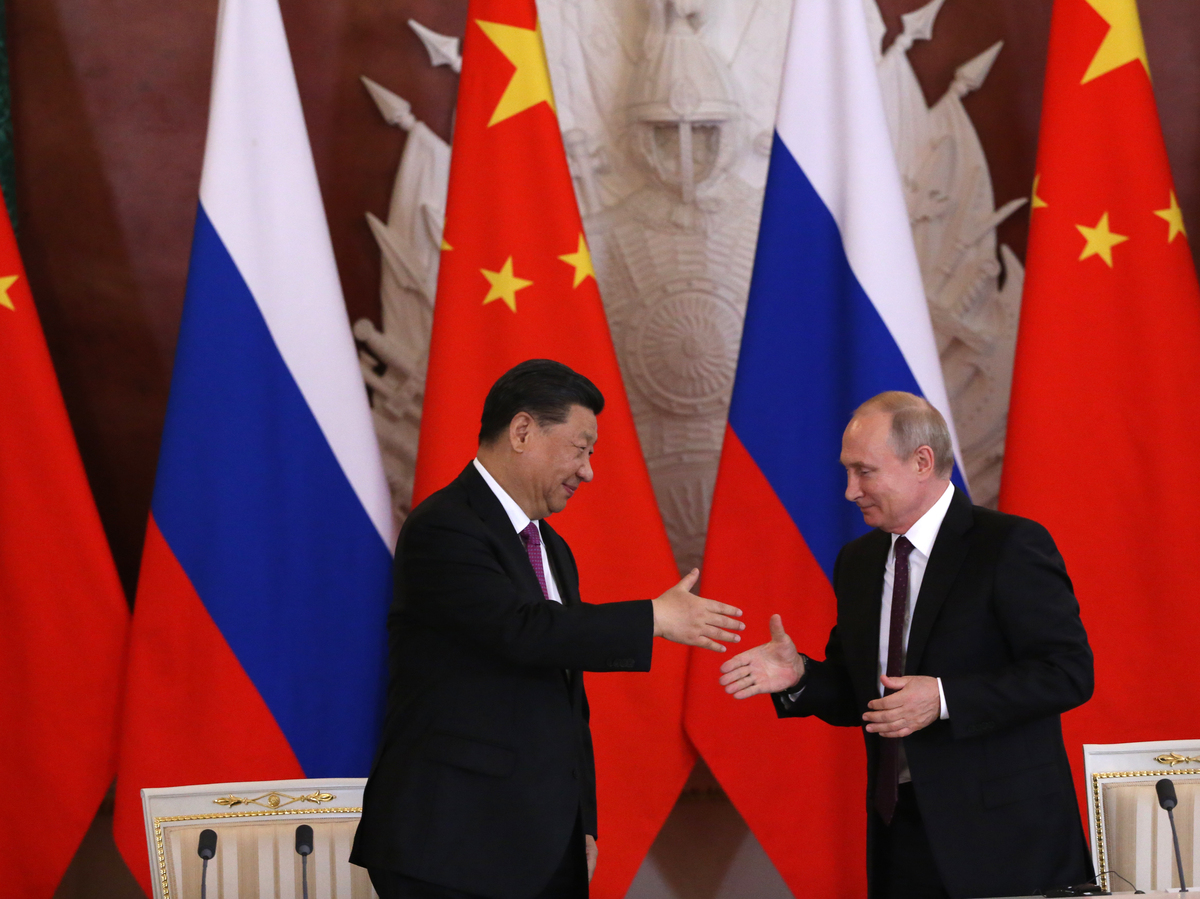 Chinese President Xi Jinping and Russian President Vladimir Putin shake hands during their meeting at the Grand Kremlin Palace on Wednesday in Moscow.

Chinese leader Xi Jinping described Russian President Vladimir Putin as his "best friend" as the two met in Moscow on Wednesday at a time when U.S. relations with both countries are increasingly strained.

"In the past six years, we have met nearly 30 times. Russia is the country that I have visited the most times, and President Putin is my best friend and colleague," Xi said at a news conference during his three-day state visit to Russia.

"We will strengthen our mutual support on key issues," Xi said.

For his part, Putin said bilateral ties had "reached an unprecedented level" and described the relationship between the two countries as "a global partnership and strategic cooperation."

The meeting comes as U.S.-China relations are at a low point owing to the Trump administration's launching of a trade war that slapped steep tariffs on Chinese imports.

Beijing has responded with similar tariffs of its own on U.S. products.

In Moscow, Xi alluded to the trade dispute with Washington. "Protectionism and unilateral approaches are on the rise, and a policy of force and hegemonism is increasingly taking hold," he said.

With Xi and Putin looking on, the chairman of Chinese tech giant Huawei and the head of Russian company MTS signed an agreement to develop a 5G network in Russia. As NPR's Pallavi Gogoi has reported, "Huawei has become the most visible target of the U.S. government in the clash over trade with China." The U.S. has pressured its allies not to use Huawei's technology as they build 5G networks out of concern that it could be used for surveillance by China.

Meanwhile, the Kremlin's interference in the 2016 U.S. elections, its continued support of anti-government insurgents in Ukraine and Russia's involvement in Syria have all hampered better ties with Washington.

Although briefly Cold War allies, China and the Soviet Union underwent a bitter split beginning in the 1950s that eventually brought the two communist countries to the brink of war. In recent years, however, they have drawn closer, increasingly finding themselves on the same side in international disputes.

Alexander Gabuev, a fellow at the Carnegie Moscow Center, says Russia is trying to change the strategic balance by reducing its reliance on the West.

"It's the West and the U.S. that drive Russia into China's arms primarily," Gabuev tells NPR's Lucian Kim.

"It cannot happen overnight, but it's happening. And the goal is to achieve an equilibrium where Russia is not a hundred percent putting its eggs in the European basket," he says.

Even so, Moscow would like to see more investment from China. Kremlin spokesman Dmitry Peskov said there "is still a very huge space for enlargement of ... investment [from] Chinese businessmen."