Accessibility links
R. Kelly Pleads Not Guilty To Latest Charges At an arraignment in Cook County, Ill. court on Thursday morning, the embattled R&B singer entered a not guilty plea on 11 felony charges. 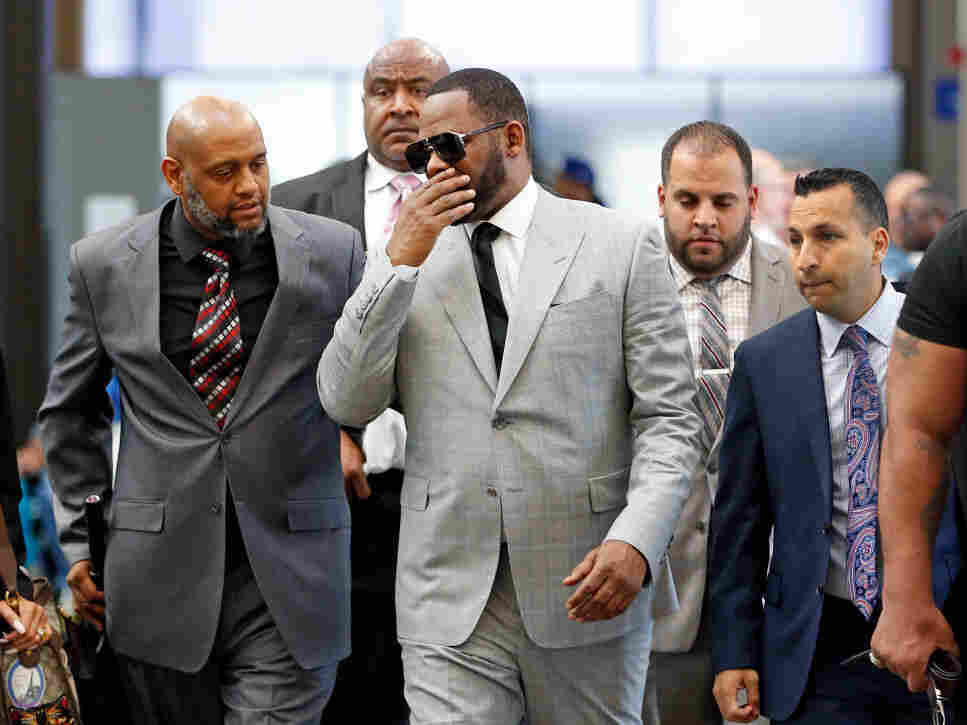 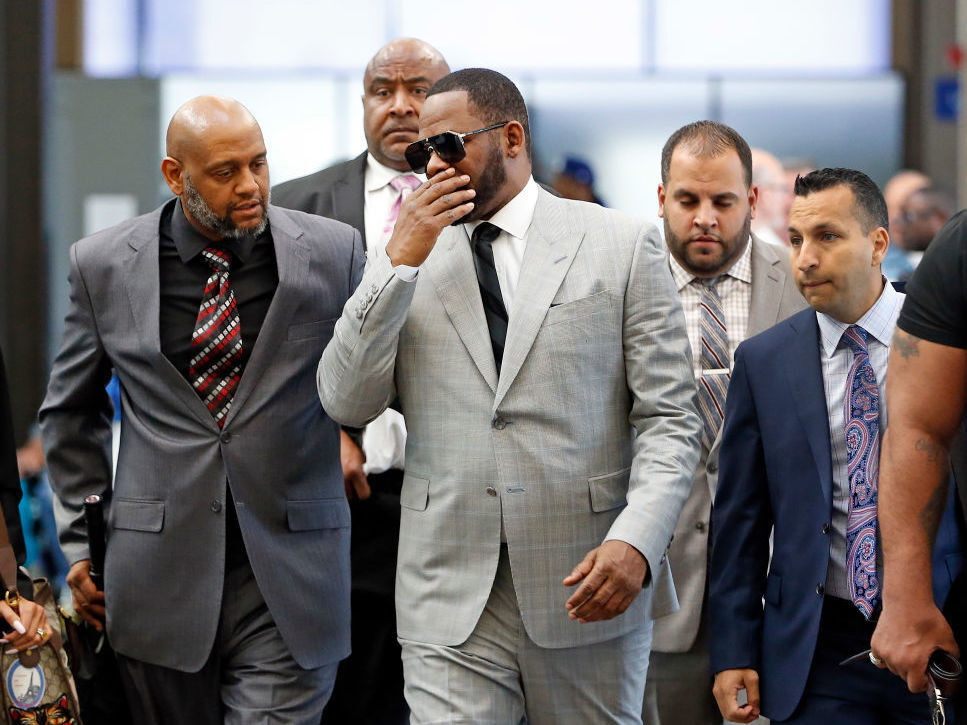 R. Kelly, arriving at the Leighton Criminal Courthouse in Chicago on Thursday.

Embattled R&B singer R. Kelly pleaded not guilty to 11 counts of sexual assault and abuse at the Leighton Criminal Courthouse in Chicago on Thursday morning.

The current charges, which were brought by prosecutors in Cook County, Ill. in May, involve a single alleged victim, "J.P.," who was a minor in January 2010, when the alleged incident or incidents took place. The 11 charges related to "J.P." supersede a February indictment from Cook County against Kelly; the current charges are more serious than those levied in the earlier indictment. (It is not clear whether the new charges involving "J.P." are based on new evidence, or if they pertain to the same incident or incidents as the ones detailed in the February indictment.)

However, the February indictment included charges involving three other alleged victims: "H.W.," "R.L." and "L.C." Those charges continue to stand. Kelly is expected back in court on June 26, when all four of the current Cook County cases against the singer will be addressed.

Thursday's hearing came two days after journalist and music critic Jim DeRogatis published a 300-page account of the nearly two decades that he has spent reporting on Kelly and accusations of sexual and physical abuse, particularly against teenage girls and young women.

"Everything is against him," Kelly's lawyer, Steve Greenberg, argued at a press conference outside the courtroom on Thursday morning after the arraignment. He also reiterated his claim that Kelly's accusers "are not victims."