Listen · 3:35 3:35
Carmakers To White House: Work With California On Rules For Greenhouse Gases 3:35 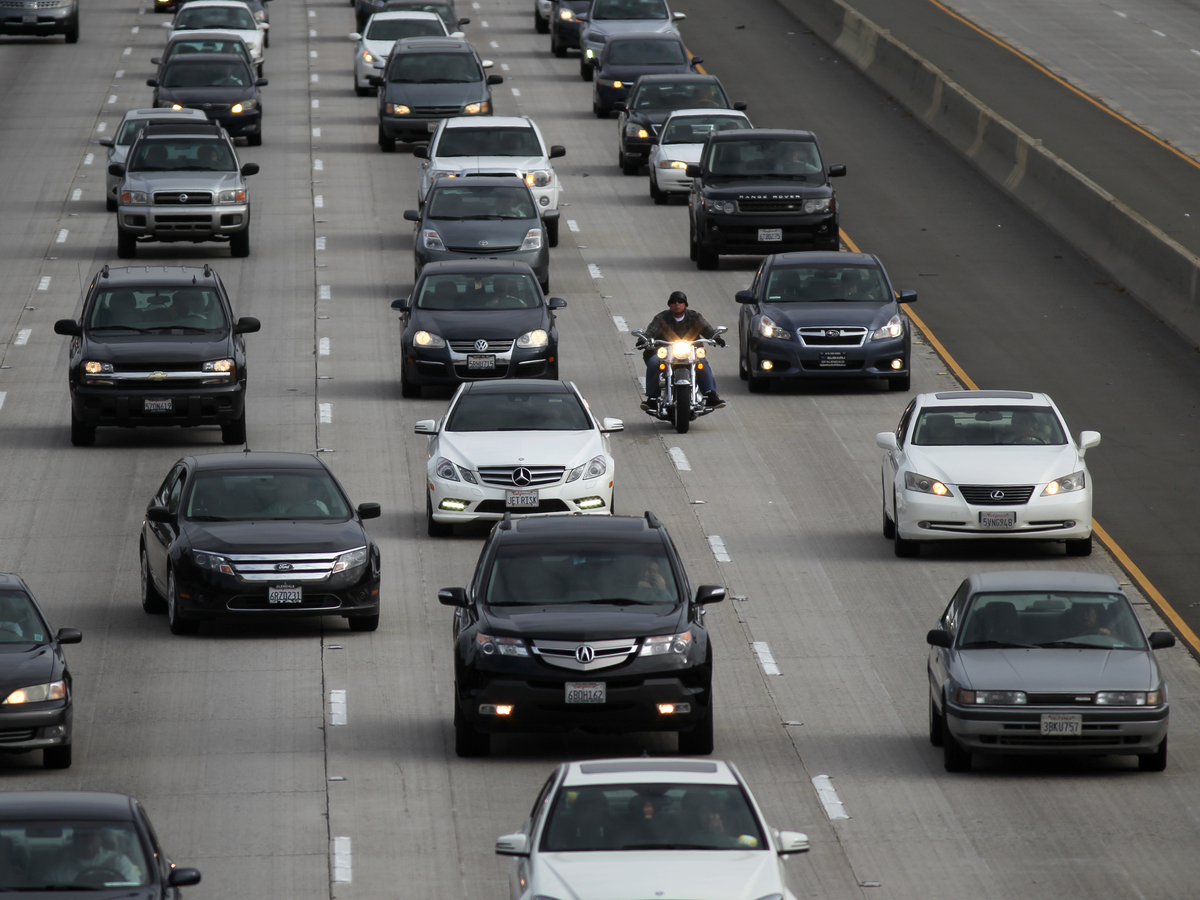 Seventeen of the world's largest automakers have asked the White House and the state of California to restart talks and come up with one set of greenhouse gas standards for cars.

The Trump administration has been pushing to roll back regulations, while California has been holding tight to its tougher rules for auto emissions. The carmakers, meanwhile, call for "common sense compromise."

The companies — including Ford, General Motors, Toyota, Honda and Volkswagen — sent a letter to the Trump administration emphasizing that auto industry jobs are at stake.

Meanwhile, they sent a letter to California Gov. Gavin Newsom, arguing that a single nationwide standard would reduce emissions more effectively than a divided one.

The dispute between the Trump administration and California has been simmering for more than two years.

During the Obama administration, regulators tightened federal emissions standards. The standards would get stricter over time, requiring automakers to achieve an average fuel efficiency of at least 54.5 miles per gallon across their fleet of cars by 2025

But when President Trump took office, he froze the new rules at current rates, requiring carmakers to hit a fleet average of 37 mpg as part of a broader plan to roll back regulation on industrial companies.

At the same time, California has been committed to reducing greenhouse gas emissions. And unique among the states, it has the power to set its own standards for vehicle emissions — an authority it has used to push for stricter environmental regulations.

The Trump administration has announced its intention to not only relax the nationwide rules, but to block California from enforcing its stricter standards. California has gone to court to defend its laws.

In their letters, the carmakers urge both sides to find a middle ground.

The auto industry has long expressed a preference for a single nationwide policy on fuel economy. The companies warn that the feud between the White House and California could trigger lengthy legal battles that would hurt the auto industry — and wind up making cars more expensive.

"We strongly believe the best path to preserve good auto jobs and keep new vehicles affordable for more Americans is a final rule supported by all parties—including California," the carmakers' letter to the White House stated.

But they also urged California to accept regulations less stringent than the Obama-era policies.

"We know that reaching an agreement has been challenging, but the stakes are too high and the benefits too important to accept the status quo," the companies told California's governor.

The Trump administration appears to be sticking to its plan.

White House spokesperson Judd Deere said California "failed to put forward a productive alternative, and we are moving forward to finalize a rule with the goal of promoting safer, cleaner, and more affordable vehicles."

And California isn't backing down, either.

"This rule change is politically motivated and part of a larger push to reward oil companies and hurt our nation's efforts to fight climate change," Newsom said in a statement. "California will continue to lead the coalition to block these rule changes from taking effect."

Fiat Chrysler — which produces Jeep and Ram vehicles, among other brands — did not sign the carmaker letters.