Accessibility links
'The Last Black Man In San Francisco': A City Tour With Joe Talbot, Jimmie Fails A new film is inspired by the real-life story of Jimmie Fails, who hopes to reclaim his family's home in the gentrifying Fillmore District. It's also an ode to the city its creators used to know. 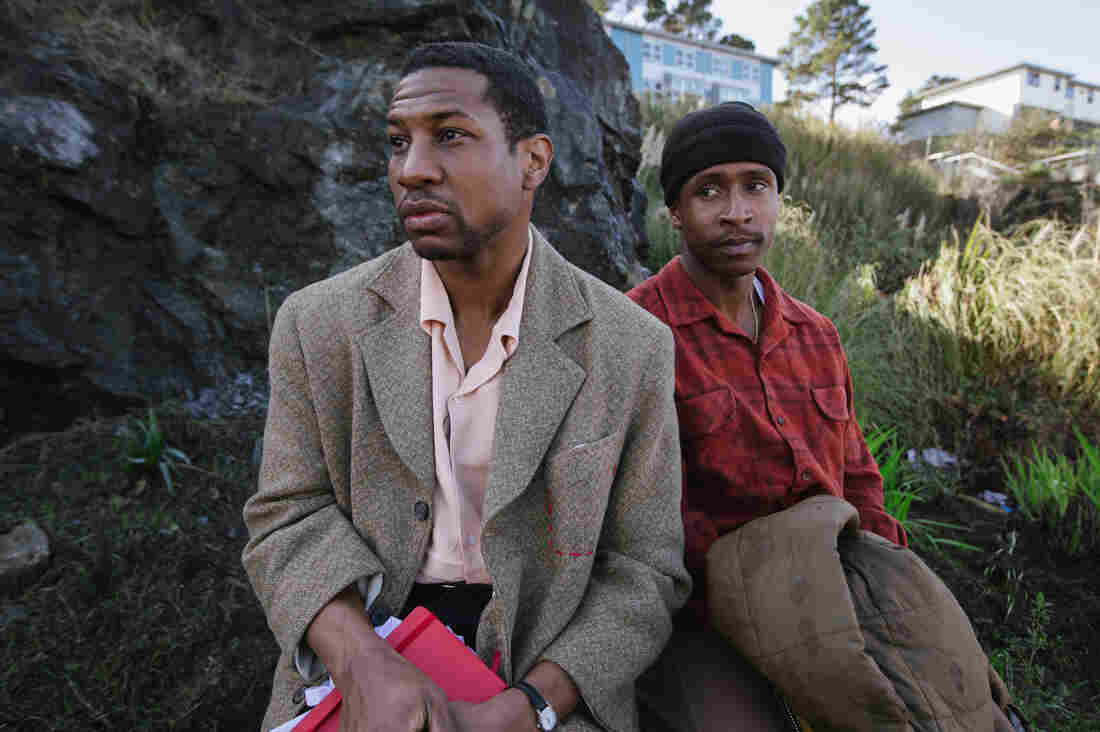 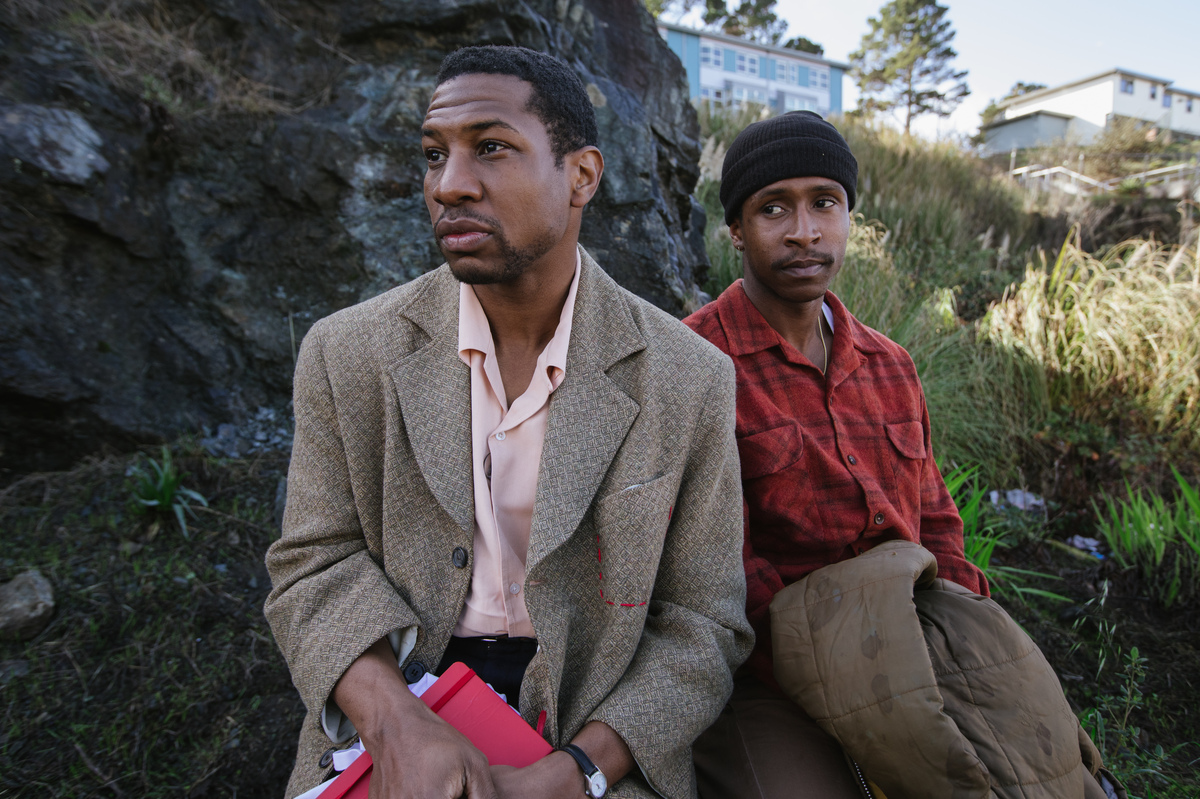 The Last Black Man in San Francisco is a film inspired by the real-life story of Jimmie Fails. He tries to reclaim the Victorian-style house where his family once lived, in the now-gentrified Fillmore District. Through the movie, he dreams of what it could be again.

We meet up with Fails and his best friend, Joe Talbot, who directed and co-wrote the movie, on a windy San Francisco day. They sit at a bench in Duboce Park with actor Jamal Trulove, who has a role in the movie.

"It's crazy, like, sticking out like a sore thumb at the Duboce Park," Fails says. "Being black shouldn't be a thing. I mean, Jamal and I are the only black people probably at this park right now."

This area, the Fillmore, was once known as the Harlem of the West — a lively African American neighborhood filled with jazz and blues clubs.

"It was blacker, you know," Fails says. "It used to be like out of a Spike Lee flick or something: boom boxes and dice games. It wasn't this ... dog park."

Talbot jumps in. "With labradoodles."

Fails, a first-time actor, is 24 years old. But he and his friends are nostalgic for the more diverse, more offbeat San Francisco they grew up in, before the city became virtually unaffordable — even for people like Trulove, who recently won a $13.1 million wrongful conviction settlement.

"I can't afford to live in San Francisco," Trulove says. "Even having the millions and, you know, stuff like that."

The gentrification also worries Joe Talbot, who is white. The fifth-generation San Franciscan grew up in Bernal Heights, and met Fails at a city park when they were teens.

"We're working through a lot of what we feel about San Francisco, but part of that is that we still love this city," Talbot says. "We still want to make it home. We just also recognize that it can feel at times nearly impossible. It's so damn expensive."

As a little boy, Fails lived in the Fillmore with his family in a three-story Victorian. The house was foreclosed and he bounced around, living in foster care and housing projects. For years, he dreamed of that Victorian of his childhood — "the only place where my family was kind of all together and all lived as one," he says. "The house, when we lost it, it was like we never really had that again." 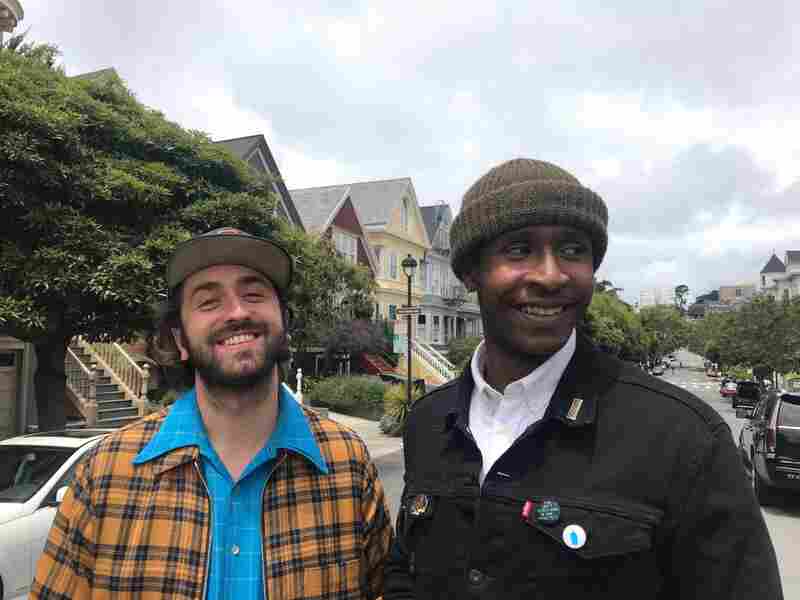 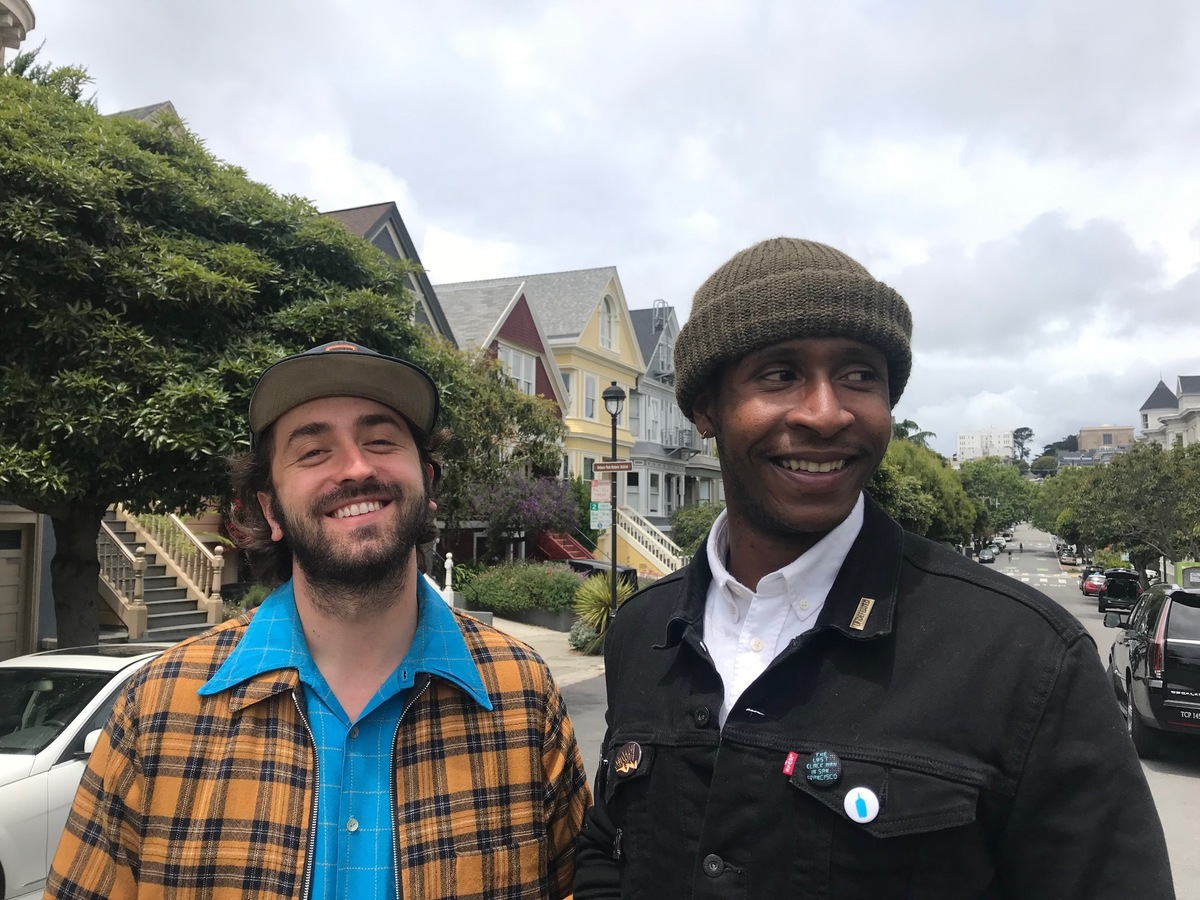 The idea to make his story into their first big movie began years ago, during long conversations between Fails and Talbot. Fails plays a fictionalized version of himself — painting and repairing the house he says his grandfather built, even while others are living in it. After they're forced out, his character moves in and even tries to buy it.

"We wanted to sort of make it feel like this mini epic," Talbot says. "This man trying to get back home, trying to reclaim the kind of family throne."

Fails describes the effort as trying "to get the love of his life back."

The film is also about a gentle friendship between Jimmie and Montgomery — a quirky, creative soul played by Jonathan Majors. They both try to restore the house, and together — at times even on the same skateboard — they navigate the hilly streets of San Francisco.

They butt up against a smarmy real estate agent and annoying hipsters. And they quietly bond with those who give the city its unique character, like a naked guy catching the bus, or a man on the street singing his version of "San Francisco (Be Sure to Wear Flowers in Your Hair)."

The Last Black Man in San Francisco opens in Hunters Point, where Jimmie stays with Montgomery and his grandfather, played by Danny Glover. Since the '40s, black San Franciscans have lived in this impoverished, isolated neighborhood. The real-life Jimmie Fails once lived in a housing project there, across from abandoned Navy shipyards and a former nuclear test site.

Just before the movie opened, he and Talbot revisited Hunters Point, and found a barbed wire fence obscuring the Bay view of their opening shot. Talbot read aloud a sign posted, a long-awaited notice about the toxic and contaminated area: "Cleanup plan proposed."

The Hunter's Point Naval Shipyard was added to the Environmental Protection Agency's Superfund list in 1989.

Across the street is a sleek new condo, and at the end of the block, an entire new luxury development is being advertised as "The Reimagined Shipyards," with townhomes listed at $1.3 million.

"They were starting to do construction as we were filming," Talbot says. "We begged them not to, for the film, and also just sort of, you know, for the morality of the city. You can document these places that we love, but in some ways, it sometimes feels it's all you can do, to at least commit them to memory."

The Last Black Man in San Francisco asks who belongs in the city by the Bay. Joe Talbot and Jimmie Fails say they're keeping their hearts in their hometown.