Wu-Tang Clan is set to be the first hip-hop group to headline at Nashville's Ryman Auditorium. Kyle Christy/Courtesy of the artists hide caption Wu-Tang Clan is set to be the first hip-hop group to headline at Nashville's Ryman Auditorium.

Kyle Christy/Courtesy of the artists

Since opening its doors in 1892, Ryman Auditorium in downtown Nashville has hosted a huge array of events, from church revivals to boxing matches. Figures like Johnny Cash, Helen Keller and Harry Houdini have visited the legendary venue for various gatherings and performances. It even housed the Grand Ole Opry in the radio show's early years.

But one kind of show has never topped the bill at the Ryman — hip-hop. That changes on June 9, when the Wu-Tang Clan is set to play a sold-out show at the historic venue. The theater, nicknamed "The Mother Church of Country Music," will be a leg on Wu-Tang's international tour celebrating the 25th anniversary of its breakout album, Enter the Wu-Tang. It's an historic moment, not the least because this will be the first time a hip-hop act has headlined.

"It's just not intuitive to have necessarily a hip-hop show at the Ryman," Eric Holt, a Nashville concert promoter and Belmont University professor, says. "It's going to be interesting. I mean, the energy, I think is going to be different."

The Ryman is a well-loved venue for artists of a few genres today, but it hasn't always been a desirable performance destination. In fact, after the Grand Ole Opry moved out and into a custom-built theater in the 1970s the auditorium fell into disrepair and was close to being torn down.

Then, in 1991, Emmylou Harris recorded a live album there that captured the spirit of the space. At the Ryman won a Grammy and sparked a sort of Ryman revival. The theater was soon renovated and many musicians started to see it as a prestige venue. Rock, soul and R&B acts from India Arie to The Foo Fighters all wanted to play there.

"This isn't your grandparents' Ryman," says Shannon Sanders, a Grammy-winning musician and record producer. In the 1980s, Sanders was a member of one of Nashville's first hip-hop groups, and he says the hip-hop scene here has long lived in the shadow of country: "It's just been hard to be part of the narrative of the city's musical story."

Now, Sanders says, listeners have become more diverse in their tastes, switching seamlessly from country to rock to hip-hop.

Still, hip-hop artists have seemingly hesitated to visit the Ryman based on its size — a 2300-person capacity with screwed-down rows of pews. 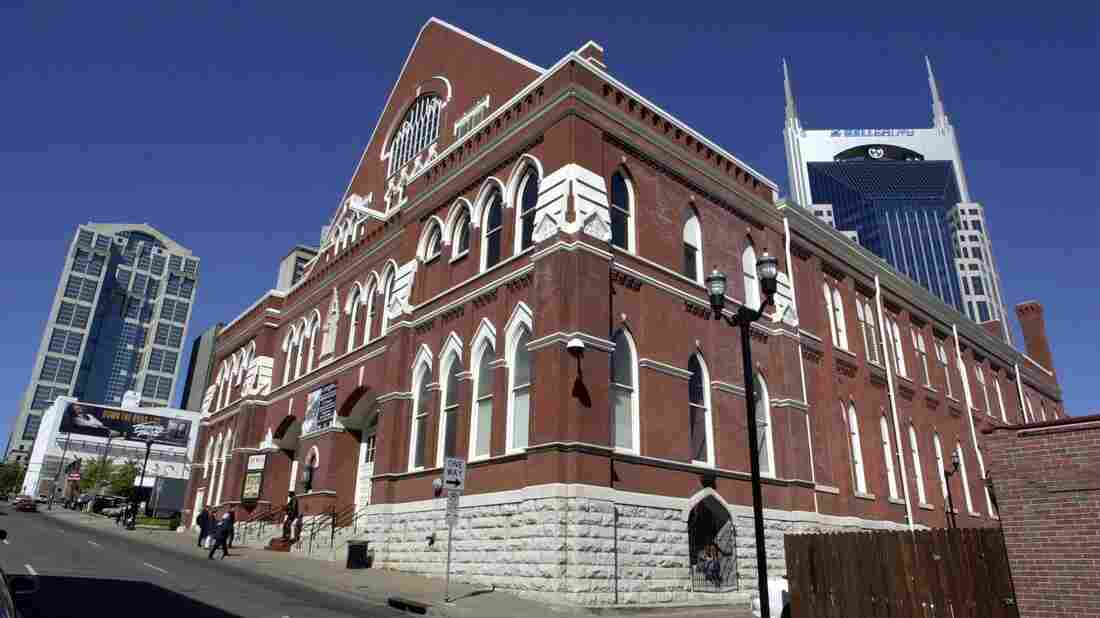 The Ryman Auditorium in downtown Nashville has been open since 1892. Neil Brake/AFP/Getty Images hide caption 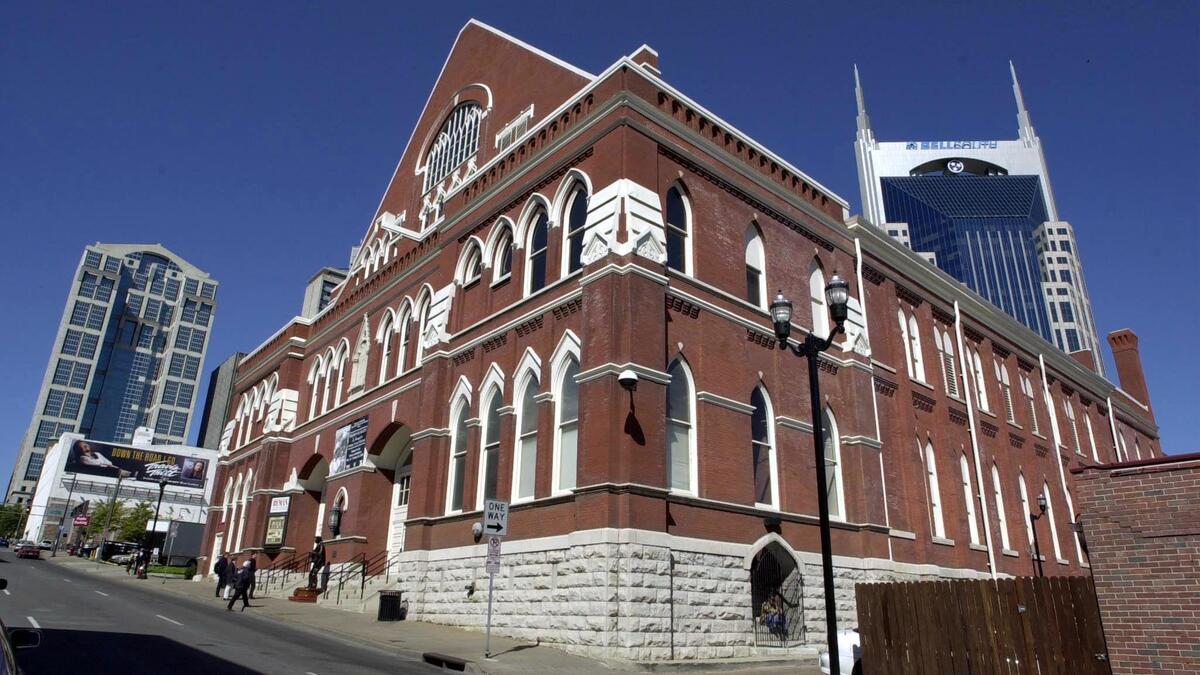 The Ryman Auditorium in downtown Nashville has been open since 1892.

Pam Matthews, the venue's previous general manager says that this, and not reluctance on the Ryman's part, accounts for the lack of hip-hop acts at the Ryman so far. "I did make an offer on 50 Cent," Matthews says. "And I also feel it's possible I made an offer on Insane Clown Posse."

Matthews says the hip-hop acts instead tended to go to small nightclubs or big arenas. They also often want spaces where their fans can get up and move. But hip-hop fans are starting to change — particularly the ones who came of age listening to Wu-Tang Clan in the 1990s. They're now older now. They have a little more money and, maybe, a little more interested in sitting.

Regardless of awkward pew placement and past attempts to bring hip-hop to the Ryman, this Wu-Tang show will be a historic moment for the audience, theater and performers alike.