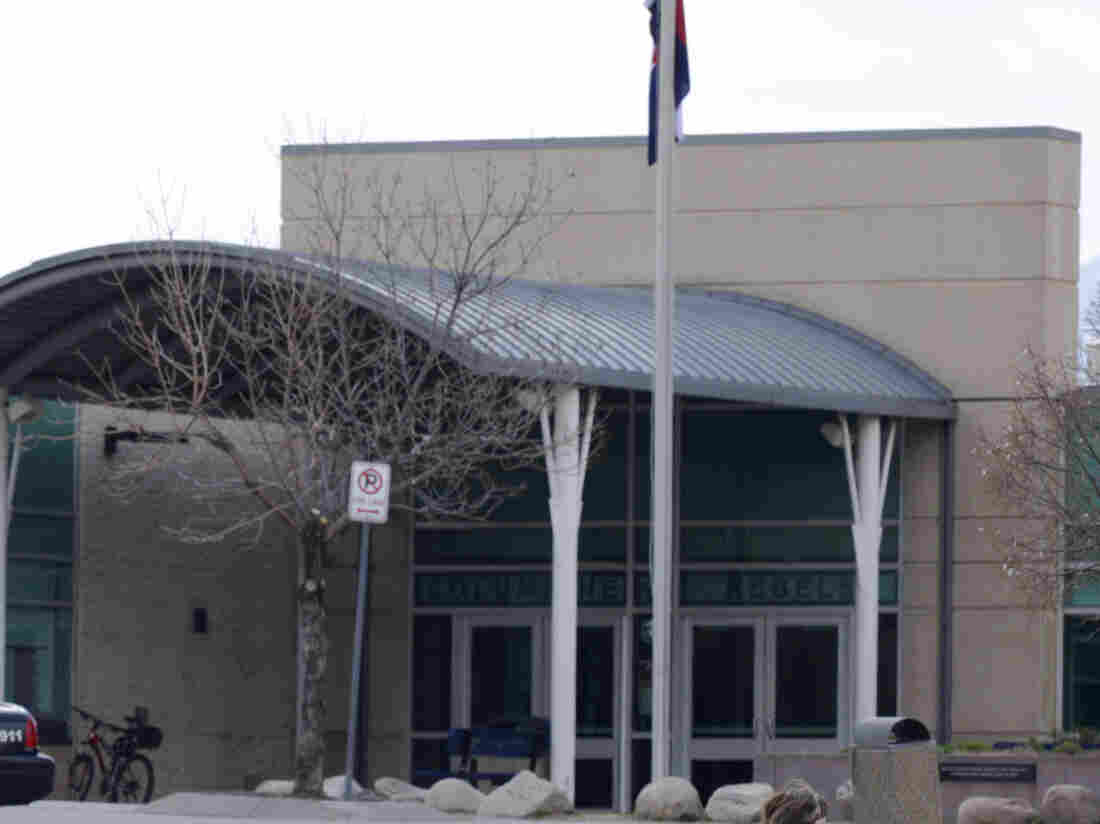 A proposal to demolish Columbine High School in response to a steady influx of visitors obsessed with the school's dark past has sparked a backlash among those who survived the tragedy. Joe Mahoney/AP hide caption 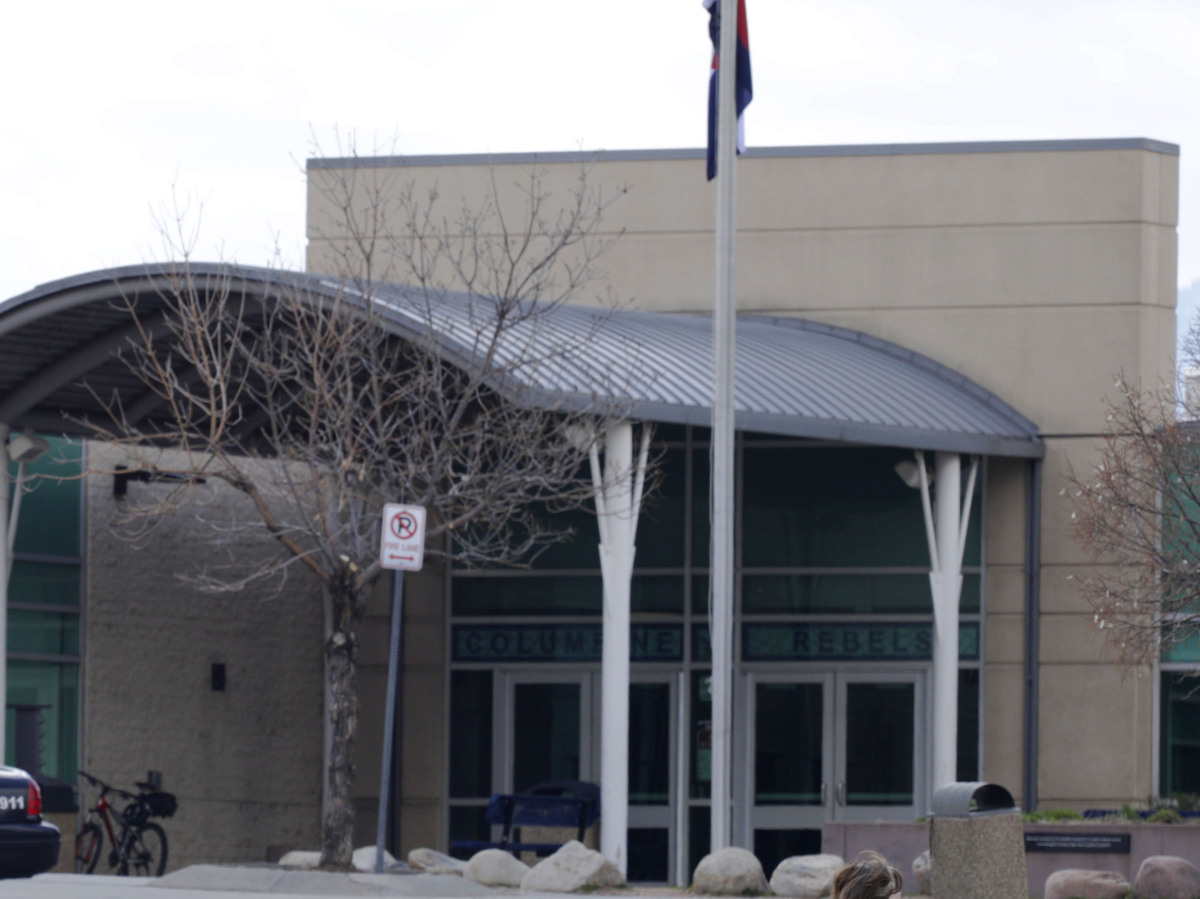 A proposal to demolish Columbine High School in response to a steady influx of visitors obsessed with the school's dark past has sparked a backlash among those who survived the tragedy.

In the decades since two gunman attacked Columbine High School, ushering in a new era in which mass shootings have become commonplace in America, the building has turned into a tourism magnet for those curious about the school's dark history. And fears have persisted that the site has provided inspiration for copycat killings.

Over the past few months, visitors hoping to glimpse the school have been coming in droves, hitting record levels, perhaps fueled by the shooting's 20th anniversary.

Is it time to demolish the school?

It is a proposal now being explored by school officials, who say visits from so-called Columbiners obsessed with the school have been growing over the years, putting security personnel on high alert. Plus, officials say, experts recommend tearing down a structure after a massacre, as many sites since Columbine have done.

"In 1999, no guidance existed on what to do with a building such as Columbine High School," Jason Glass, the superintendent of Jefferson County Public Schools, wrote in an open letter called "A New Columbine?"

"The morbid fascination with Columbine has been increasing over the years," Glass said. "We believe it is time for our community to consider this option."

Glass cited Sol Pais, the Columbine-obsessed Florida teen who made her way to Colorado with a shotgun ahead of the 20-year mark since the massacre. Law enforcement launched a manhunt for her, eventually finding her after she killed herself. School districts statewide including those in Denver and Jefferson County were closed as authorities investigated the threat. Columbine is part of the Jefferson County Public Schools district.

"Columbine High School has a gravitational-pull for these sorts of individuals," Glass wrote. "Most of them are there to satisfy curiosity or a macabre, but harmless, interest in the school. For a small group of others, there is a potential intent to do harm."

The idea has sparked a backlash from some survivors of the shooting who say part of their healing process involves revisiting the site, whereas some longtime faculty, including the former principal, are leading the charge for the school's destruction.

The debate has launched searching questions in Columbine that communities across the country have wrestled with regarding what to do with a place that induces such horrific memories.

Will Beck, 36, a Columbine survivor who now works as a financial adviser in Utah, said he recently took his three young children to the school to walk them through the bathroom he sought shelter in during the shooting. He pointed out the exact location where a teacher saved his life. And he showed them the fence he climbed to finally escape the violence.

"I was heartbroken over the thought of losing it," Beck told NPR. "The school, to me, is a very special place."

Revisiting the school shortly after the shooting, and even now with his children, helps him conquer the trauma.

"We can't let the shooters rule our lives," Beck said. He said he has been discussing the proposal with others in the tight-knit community of Columbine survivors. 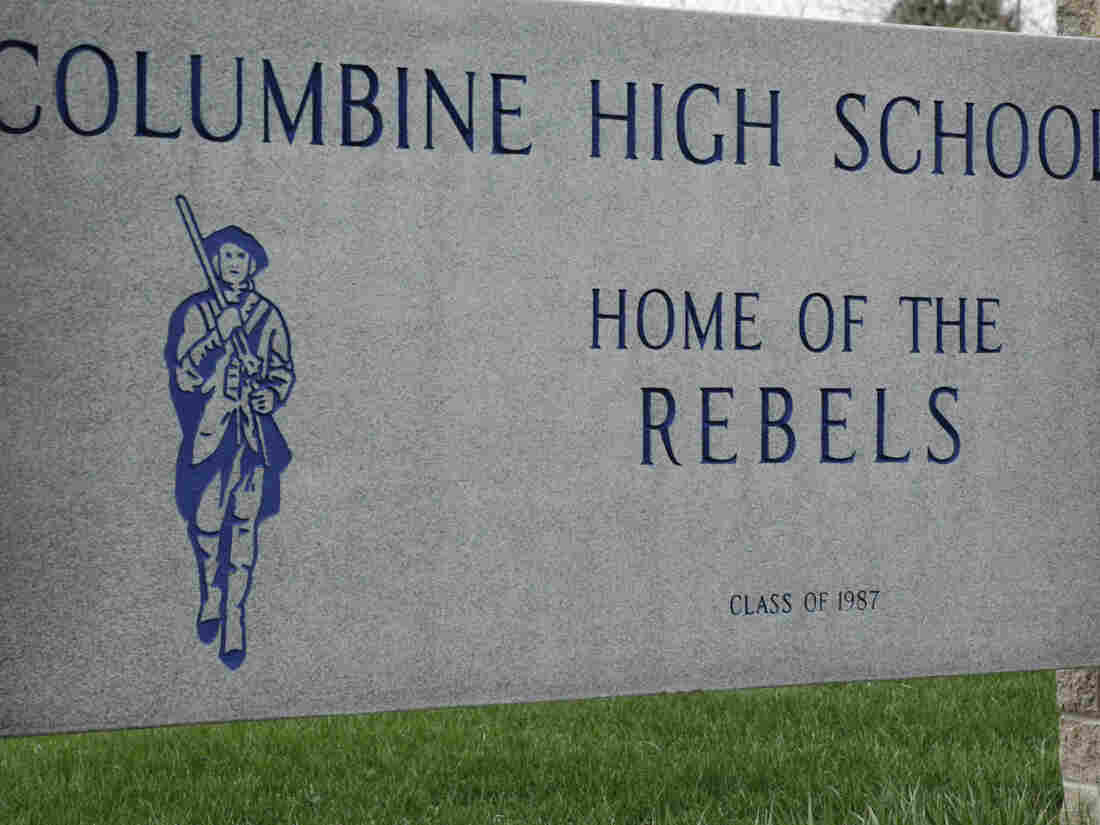 Some survivors of the 1999 Columbine shooting are fighting back. "I was heartbroken of the thought of losing it," said Will Beck, a survivor of the shooting. Joe Mahoney/AP hide caption 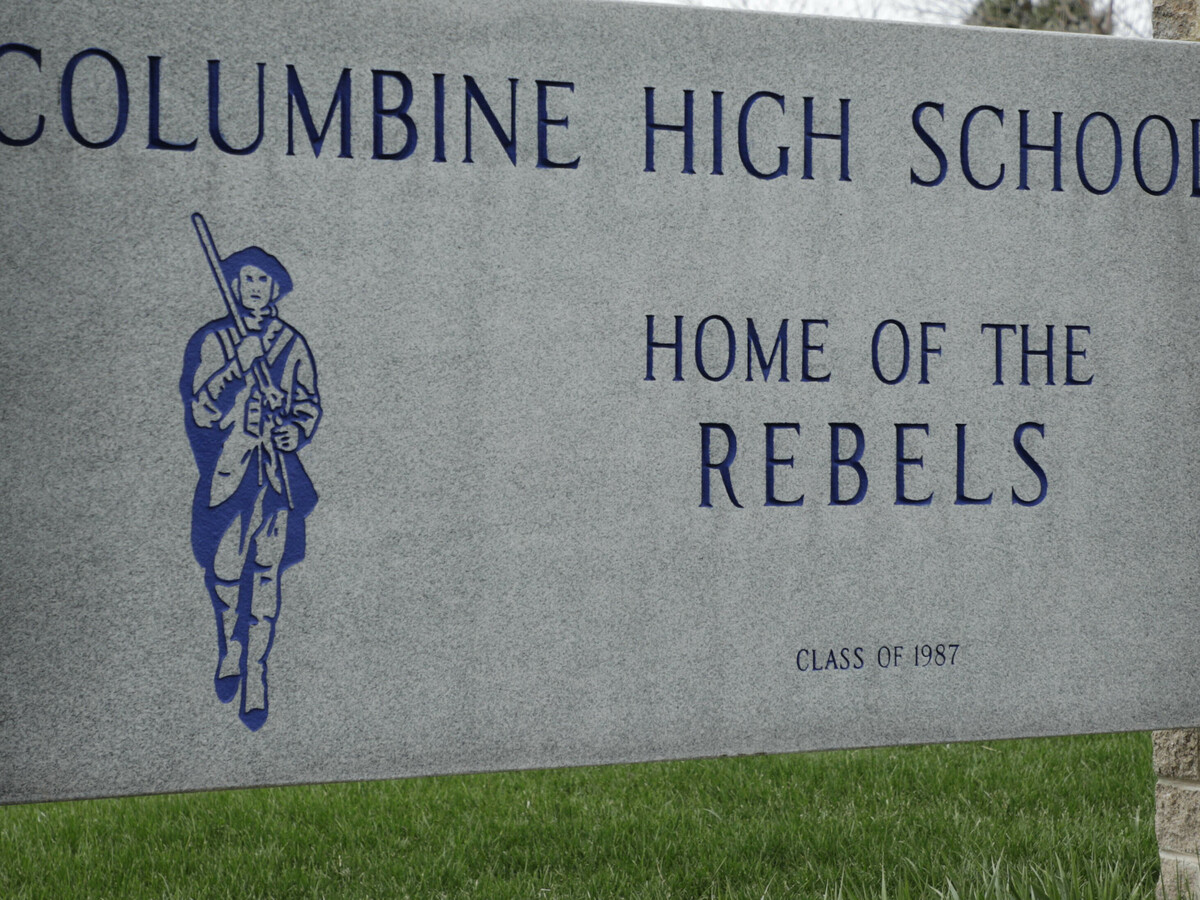 Some survivors of the 1999 Columbine shooting are fighting back. "I was heartbroken of the thought of losing it," said Will Beck, a survivor of the shooting.

Others who witnessed the Columbine shooting echoed Beck's sentiments.

"It's not right," Josh Lapp, 36, who works in the construction industry and is another survivor, told NPR. "This community has had to deal with enough of a burden, to ask them to pay for this new construction isn't fair, just because of what the shooters did."

But not everyone who survived the tragedy sees it the same way.

Frank DeAngelis, the principal at Columbine at the time of the shooting, is advocating for the school to be taken down.

"We are Columbine because of the people. They're the ones with the hope and resiliency," DeAngelis told NPR. "It's not necessarily the bricks and the mortars."

Demolition and relocation is how some communities have reshaped sites of mass tragedy, though others preserve memory-scarred structures and morph them into places where the lost can be remembered.

In Newtown, Conn., Sandy Hook Elementary School, where a gunman killed 20 students and six adults in 2012, was demolished in 2013 and a whole new building was built on the property. 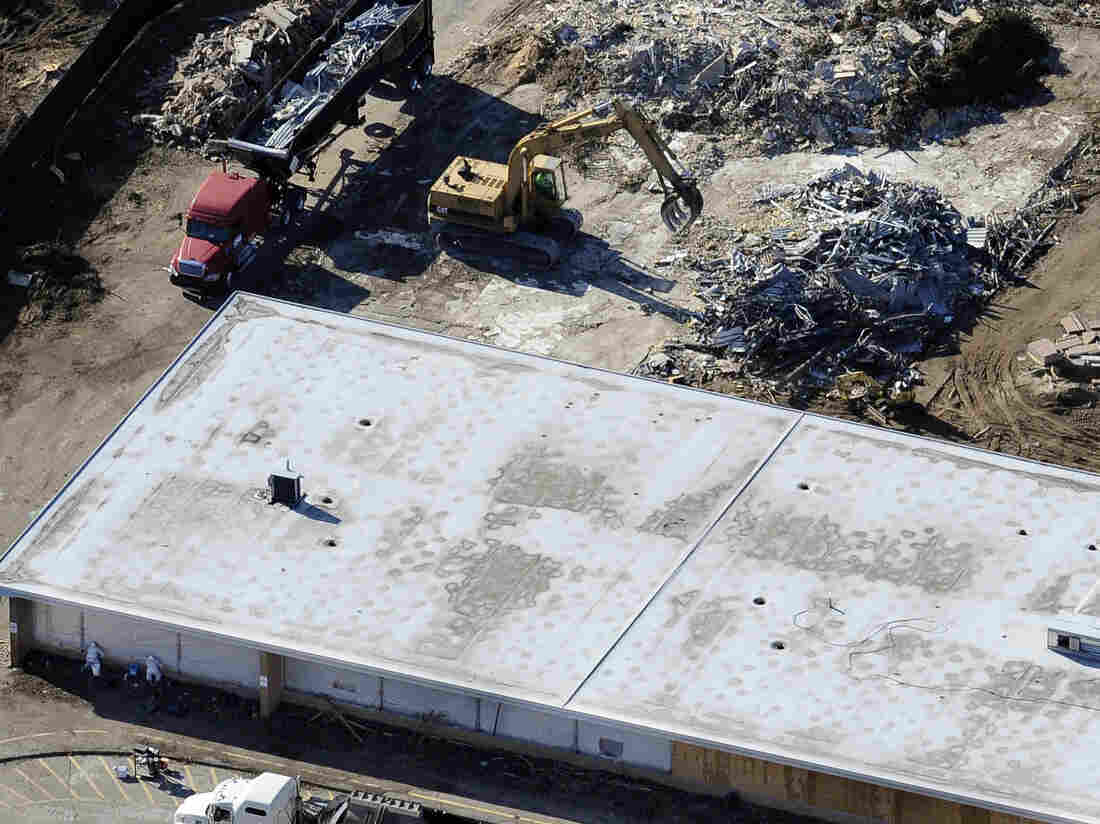 Sandy Hook Elementary School, where 20 children and six adults were killed in 2012, was demolished in 2013. Jessica Hill/AP hide caption 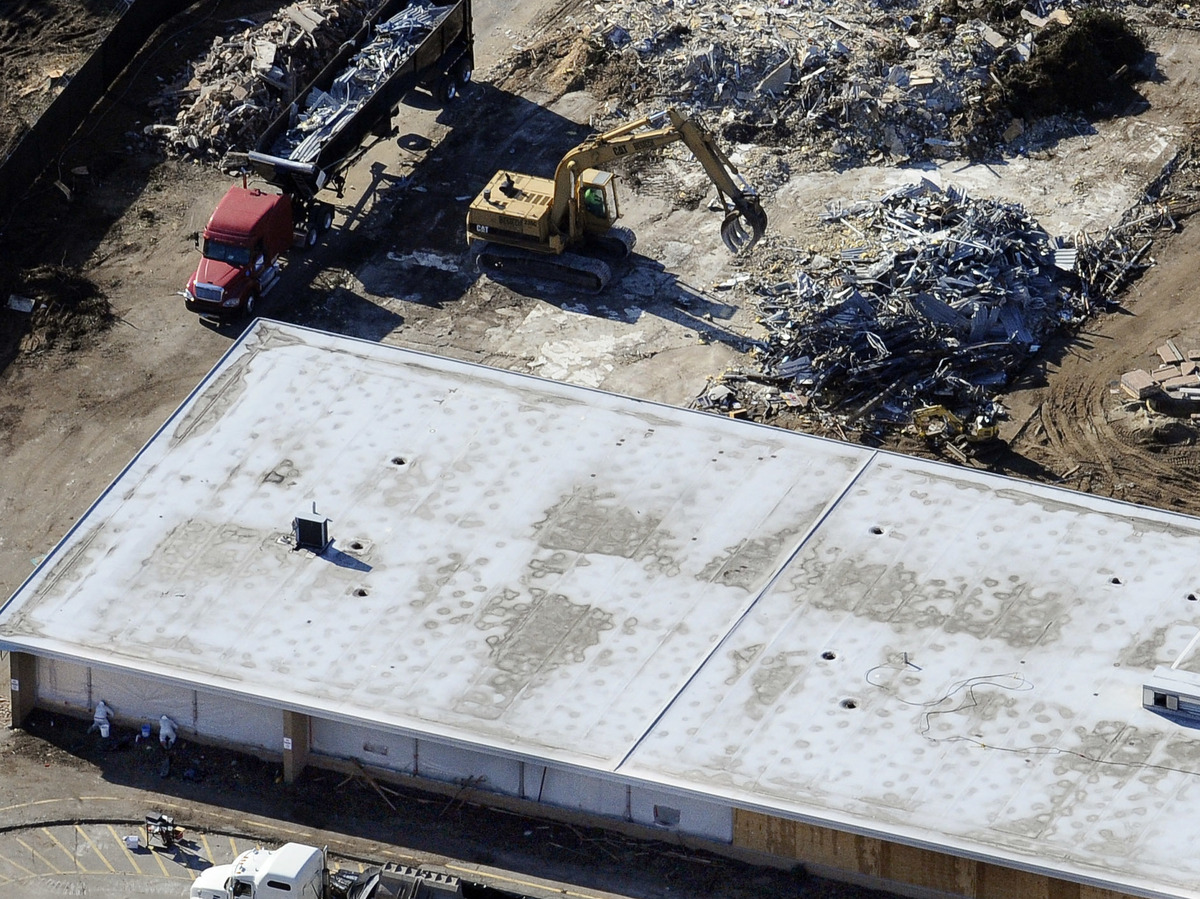 Sandy Hook Elementary School, where 20 children and six adults were killed in 2012, was demolished in 2013.

Officials in Parkland, Fla., are moving toward replacing the three-story Marjory Stoneman Douglas building that was the site of the killing of 17 students and staff.

In Sutherland Springs, Texas, another approach was taken: the original site of the deadly church shooting was preserved, serving now as a memorial. And officials this year opened a new church sanctuary to replace the site of the mass shooting that left two dozen people dead.

"It's not about the building," First Baptist Church Pastor Frank Pomeroy told NPR. "It's about the provisions of God and what he's done for us."

In Orlando, the Pulse nightclub, where 49 died, is not being torn down. Instead, it is being transformed into a permanent memorial and museum.

As the Columbine community grapples with the school's fate, the school district has released a survey to gauge whether residents are open to paying up to an estimated $70 million to finance the construction of a new high school. One option considers keeping the school's library as the cornerstone of a new facility. The original library was where many students died in the massacre. Since then, the library has been renovated.

Under an idea now being debated, the remodeled library would be saved but the rest of the building would turn into empty fields, officials say.

The name of the school would stay the same. So would the blue and silver school colors and its Rebel mascot.

Beck, the Columbine survivor, said he hopes school officials decide to keep the 1970s-era building. News of mass shootings, he said, routinely remind him of the near-death experience he and his classmates had endured. When he first learned the site might be torn down, it packed yet another emotional punch.

"There's retraumatizing stuff for us all the time," Beck said. "But this was way closer to home."