Accessibility links
Steve Bullock On 'The NPR Politics Podcast': The Candidate Who Won A Trump State In an ongoing series, The NPR Politics Podcast is hitting the road and interviewing 2020 Democratic presidential candidates. This episode Scott Detrow and Iowa Public Radio's Kate Payne sit down with Democratic Gov. Steve Bullock to ask about why he's the best pick for president. This series is produced in collaboration with NHPR and Iowa Public Radio. 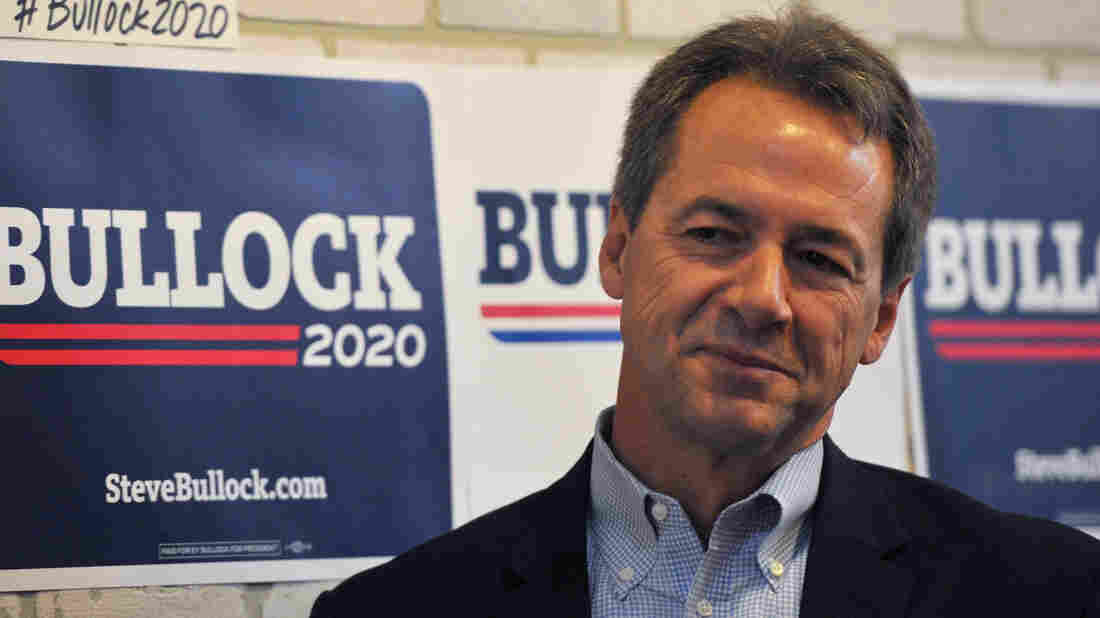 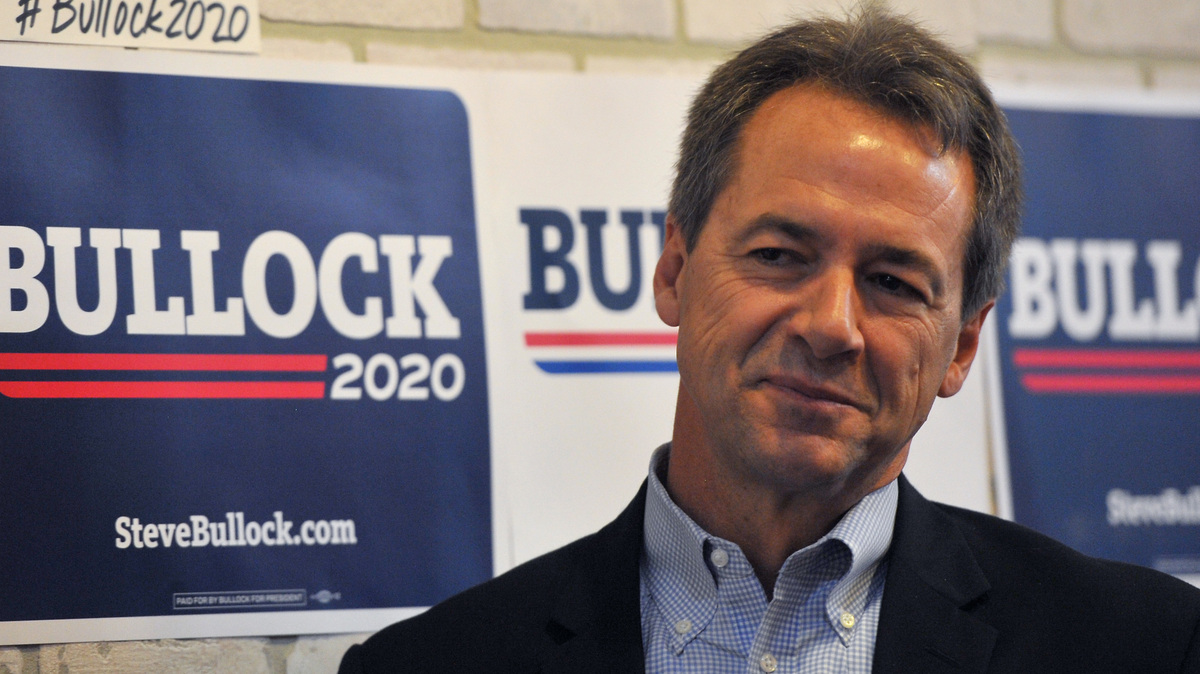 Democratic presidential candidate Montana Gov. Steve Bullock during a campaign stop at a coffee shop on May 17 in Newton, Iowa.

When 20 Democratic candidates take part in the first wave of presidential debates next week in Miami, Montana Gov. Steve Bullock will not be on the stage.

Were Bullock to have made it into the crowded debate, viewers would hear him make a variation of his core argument: "I'm the only one that won a Trump state," he told The NPR Politics Podcast recently. Bullock is the only Democratic presidential candidate who won statewide in 2016 where President Trump also won.

But Bullock failed to meet the polling and campaign contribution requirements set by the Democratic National Committee to get into the June debate – something he blames on being the second-to-last candidate to enter the historically large field. His campaign said on Tuesday morning that Bullock has now qualified for the second round of debates in July after registering 1% in a CBS News/YouGov poll of Iowa Democrats, released after the qualifying window for the first debate closed.

"I got into it late because I had to get my legislature over," Bullock said, referencing the fact Montana lawmakers only meet for 90 days every other year.

"A hundred thousand Montanans getting health care depended on that," he said, pointing to a law he signed extending the Medicaid expansion he first got passed in 2015. "Being able to get a package of bills for missing and murdered indigenous women depended on that. And if I had to make the choice again, I would make that very same choice."

He lays out some numbers to make the pitch that he's electable: "I was on the ballot for reelection in 2016. Donald Trump took Montana by 20. I won by four. Twenty-five to 30 percent of my voters also voted for Donald Trump. If we can't both bring out our base but also win back some of the places that we lost, we're not going to win this election."

Spending time in, engaging with, and ultimately competing in Republican-leaning parts of the country is a central theme of Bullock's campaign. He's banking heavily on Iowa in particular and had been making regular visits to the state long before officially entering the race this spring.

So why does Bullock think Democrats can win back voters who backed Trump in 2016? "I think that the economy: On the one hand, it's booming, but on the other hand, it's not working for a whole lot of people." Bullock ticked off several worrisome economic trends.

"Now, I don't think he's made it better for any of those individuals. But at its core, like in Montana, if I look at the voters that voted for Donald Trump and voted for Bullock, they don't agree with me on every issue or every position," he said. "But I think that fundamentally they believe that I'm going to be fighting to try to make their lives better and I actually recognize, in part, what their lives might be like. So, I think that that's part of it, really."

Bullock walked through his views on climate change and campaign finance reform, as well as some of the stranger aspects of campaigning for president — like having eight cameras record your drinking beer.

He also talked about the impact of a searing personal experience in 1994, when his 11-year-old nephew was killed in a school shooting.

"It impacts the way I think in a lot of ways, in public policy," Bullock said. "Having a 10-year old come and shoot an 11-year-old. And the 10-year-old at the time said. 'No one loves me.' Like, that was his answer. So I've done a lot of work on trying to make sure that — as both [Montana] attorney general and as governor — that do everything I can to both provide social services and support system and make sure that kids are enriched, not diminished, no matter what family you're born into or where you come from.

"It has impacted the way I parent. And it's also impacted, certainly the way I think about not just school safety and gun safety, but how we are collectively raising our kids."