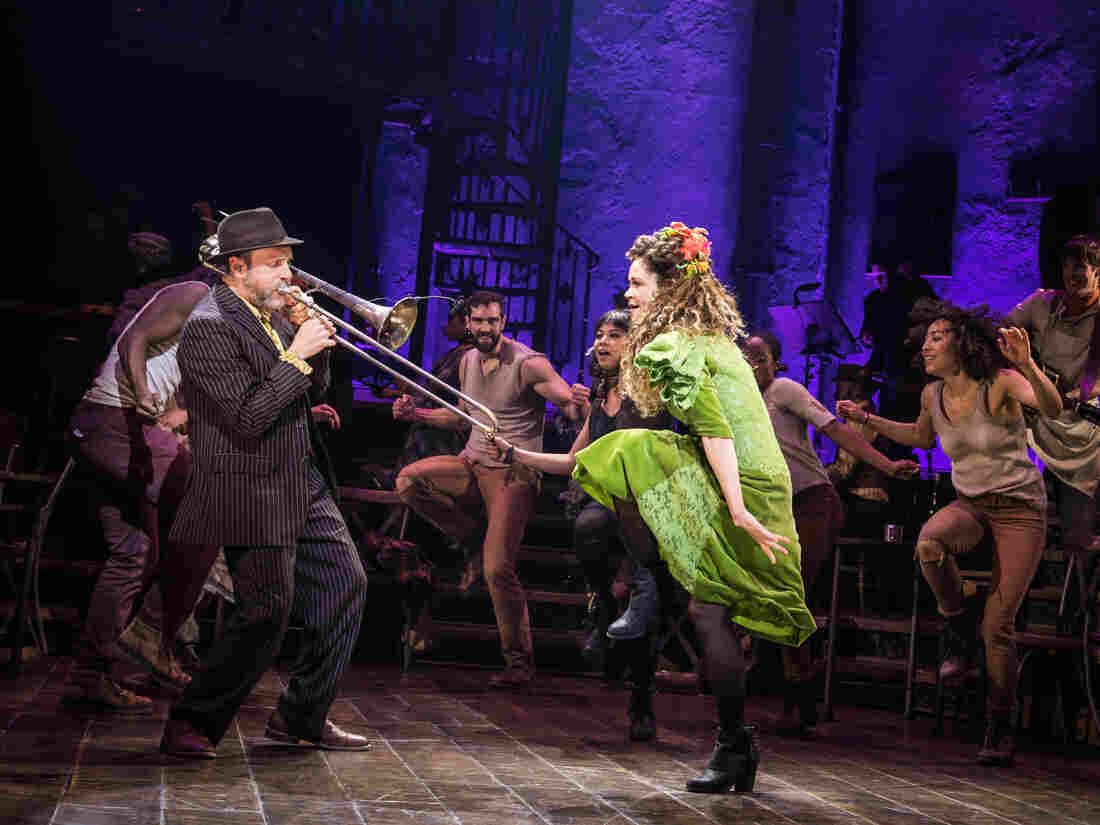 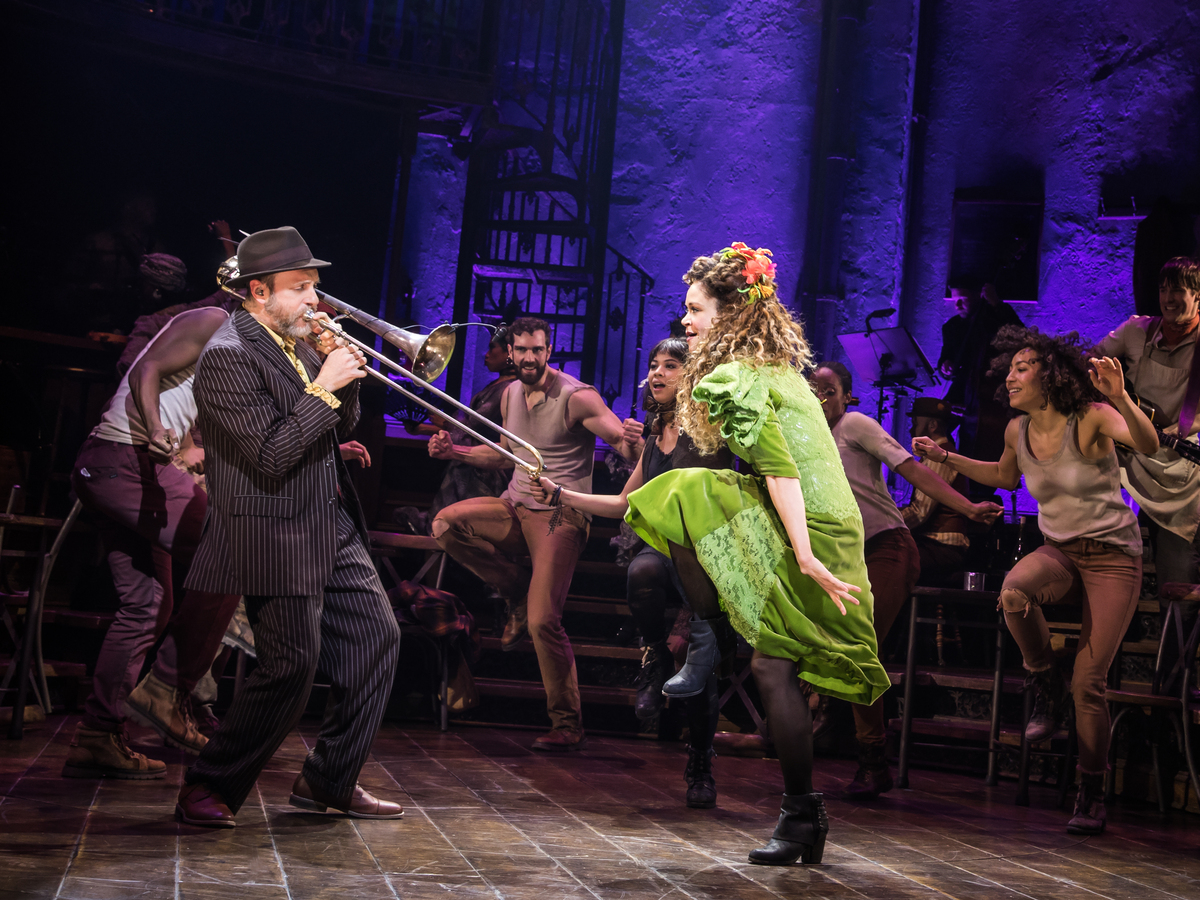 The scores of Be More Chill, Beetlejuice, Hadestown, The Prom, To Kill a Mockingbird and Tootsie are all up for Tony Awards at the 73rd annual awards show. One of their composers will walk away with a hard-earned trophy. The musicians who play these scores, though, aren't even eligible for any of the show's official honors. These people's work, while always heard, often goes quite literally unseen — but not always. Some musicians came out of the pit this year to be featured onstage in their respective shows.

In the revival of Kiss Me, Kate, woodwind player Greg Thymius takes center stage. Decked out in a tuxedo, the 20-year Broadway veteran opens the second act with a clarinet solo. The clever blocking of the clever staging of the song 'Too Darn Hot" fits Thymius in with the dancers. "People dance around me in that magnificent way that they know how," Thymius says. "And so, it fools people into maybe thinking I'm doing something too."

But the spotlight is unusual for Thymius. Stage/pit separation is the norm for musicians, to the point that they sometimes use video monitors to see what's happening onstage. "We liken it more to a recording studio experience where we're a little bit separated, we're in different rooms," Thymius explains.

Being onstage is nothing new for Broadway first-timer Eleonore Oppenheim, who plays upright bass in the revival of Rodgers and Hammerstein's Oklahoma! Oppenheim's used to playing in front of audiences in contemporary classical ensembles and in a rock band. 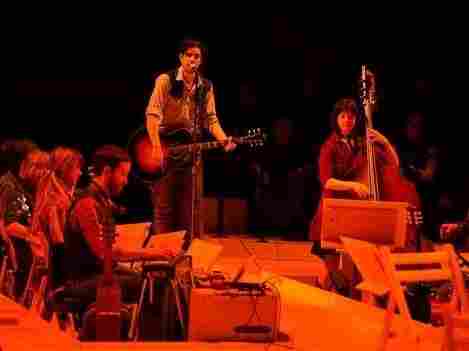 "Because of my background as a performer who is not generally in a pit, it doesn't feel weird to me, somehow," Oppenheim says. "It feels just sort of normal that I'm there and that the actors and the band are all making something together in the same space and with the audience."

In the Tony-nominated musical Hadestown, based on the Orpheus myth, the entire band is onstage. Brian Drye plays trombone and steps into the action during several numbers. He's used to playing a couple of sets a night in clubs, but says playing eight performances a week is a challenge.

"About a week ago, I started to get a little delirious," Drye says. "I haven't taken a break yet. I've done 57 shows since it opened, so tomorrow's my first time that I'm sending [a substitute] in." 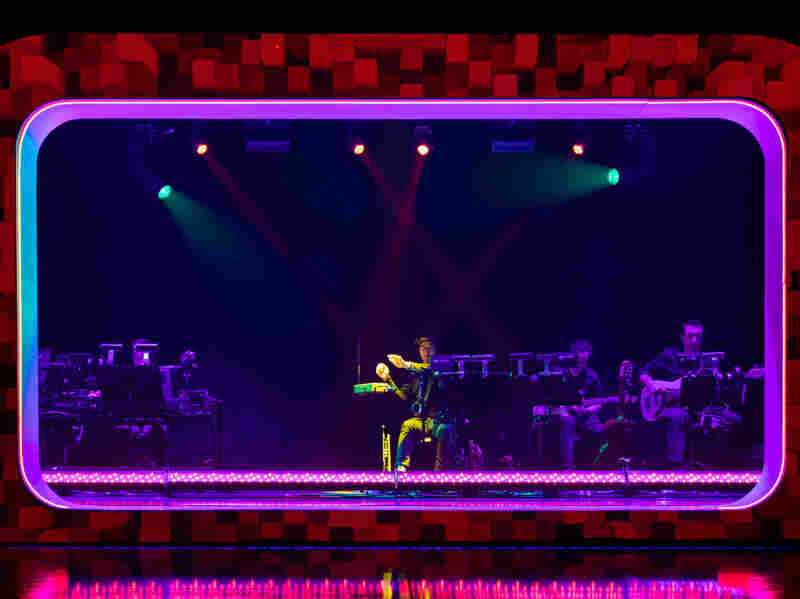 Danny Jonokuchi plays the theremin onstage in the musical Be More Chill. Maria Baranova/Courtesy of Be More Chill, The Musical hide caption

toggle caption
Maria Baranova/Courtesy of Be More Chill, The Musical 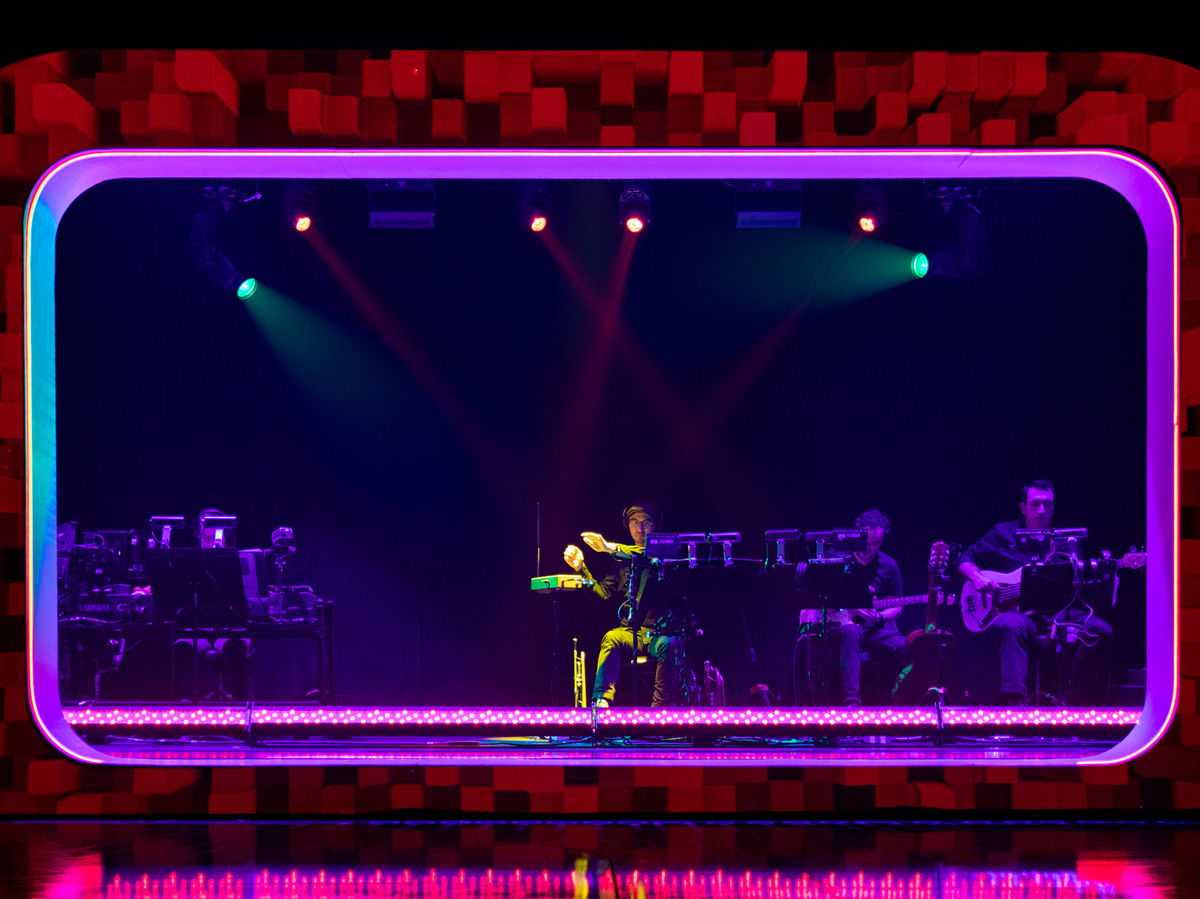 Danny Jonokuchi plays the theremin onstage in the musical Be More Chill.

Maria Baranova/Courtesy of Be More Chill, The Musical

At the curtain call of every Broadway show, whether they're in the pit or onstage, the band always gets a bow. But being featured while they perform is something Danny Jonokuchi cherishes. He plays the theremin, an electronic box with two antennae that creates sci-fi sound effects, and a spotlight shines on him at top of Be More Chill.

"It makes it for me," Jonokuchi reflects. "Just to have a couple moments where the band is really recognized, that the show kind of takes a moment just to acknowledge the band, is a huge thing."

Listen to the full story at the audio link.

A previous version of this story misspelled the first name of Eleonore Oppenheim as Eleonor and Eleanor.