Accessibility links
Maduro Reopens Venezuelan Border With Colombia On Saturday, thousands of Venezuelans crossed the newly reopened border, seeking basic supplies like food and medicine that are scarce in their own country. 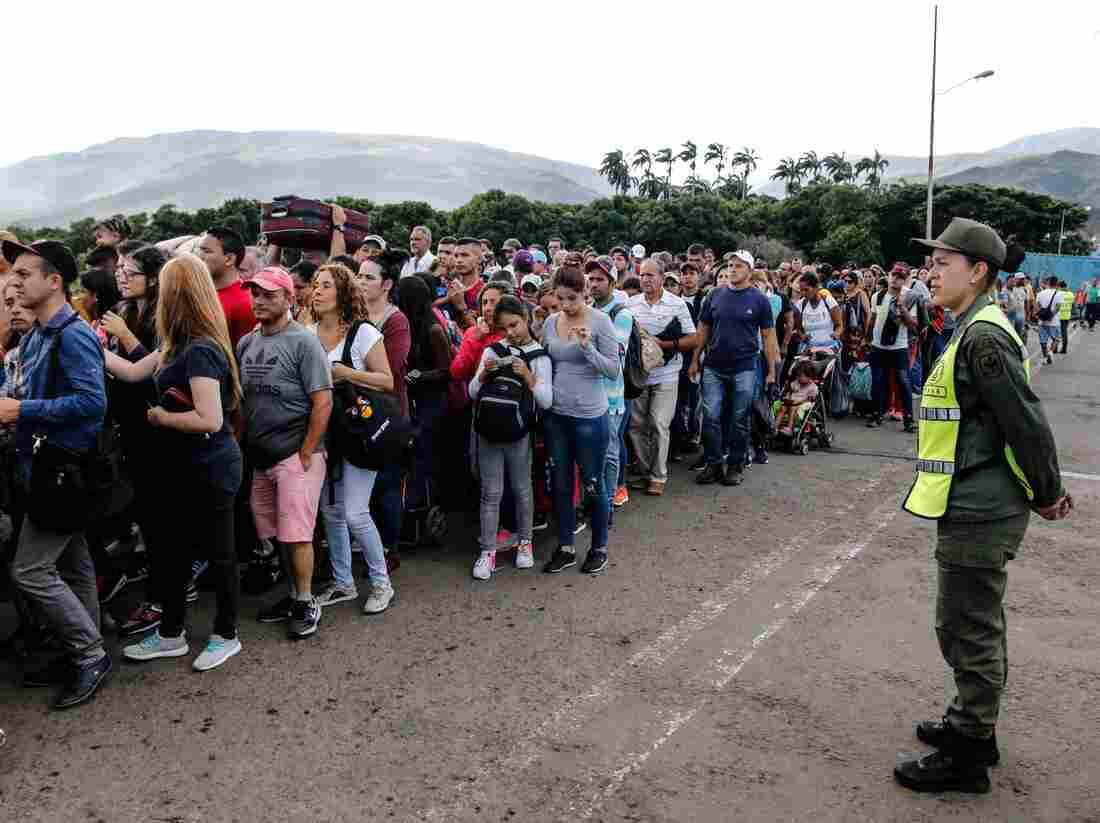 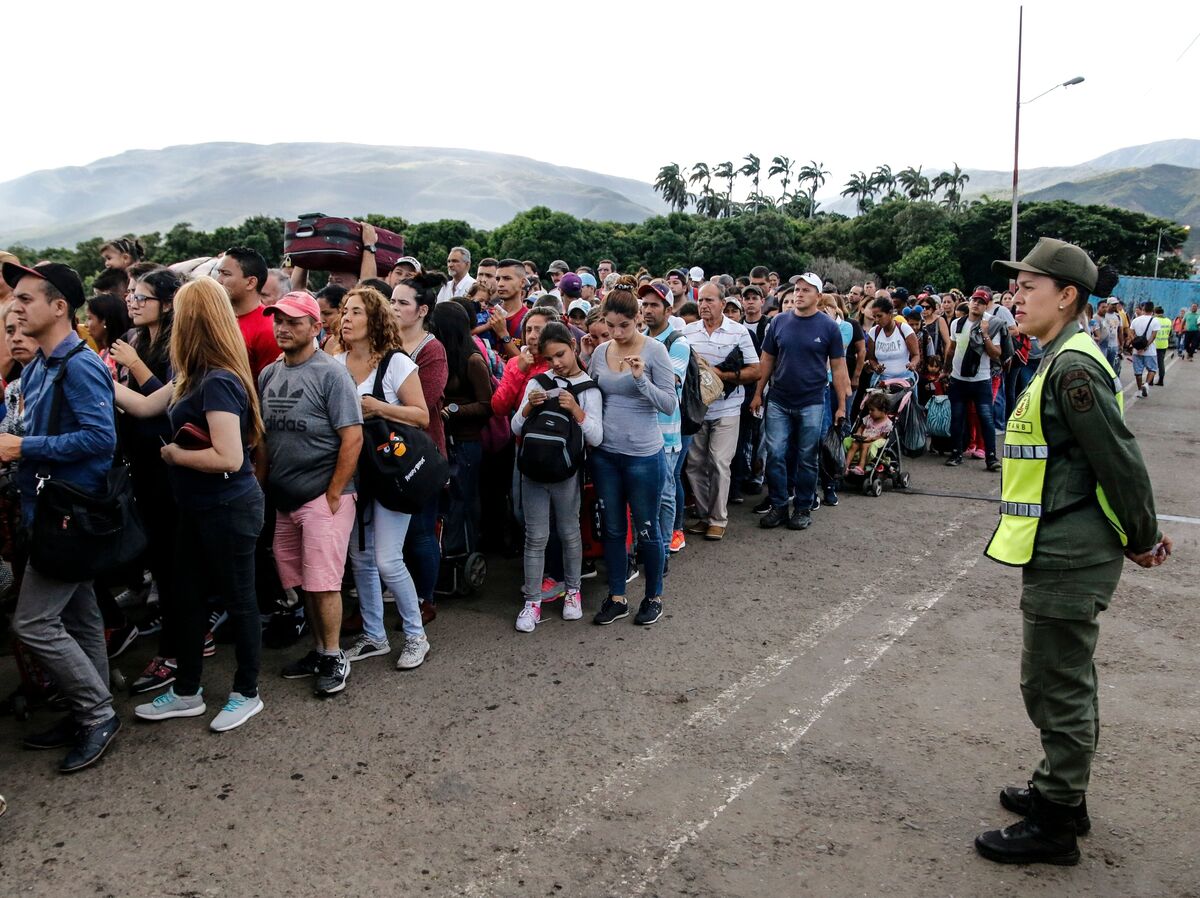 Crowds of Venezuelans lined up at two international bridges leading to Colombia on Saturday, as the border between the countries opened for the first time in four months.

Thousands of people crossed over, seeking food, medicine and basic supplies. For months, Venezuelans have been dealing with power outages, hyperinflation and increased violence due to the deepening political and economic crises in the country.

In a tweet announcing the move, Venezuela's authoritarian president, Nicolás Maduro, ordered the reopening of the border with Colombia on Friday and said in Spanish, "We are a people of peace who firmly defend our independence and self-determination."

The border with Colombia was closed earlier this year in an attempt by Maduro's government to block opposition and humanitarian groups from delivering foreign aid to Venezuelans in need. Venezuela's borders with Brazil and the island of Aruba were also closed.

Maduro is in a power struggle with opposition leader Juan Guaidó, the head of Venezuela's National Assembly who declared himself Venezuela's president in January. Guaidó has been recognized as Venezuela's rightful head of state by more than 50 countries, including the United States.

Maduro has been able to remain in power in part because of the loyalty of the military and support from powerful allies like China and Russia, the BBC reports.

In April, Guaidó led a failed attempt to oust Maduro. In a recent interview with NPR, he said most military officers do not support Maduro but fear reprisals should they be caught conspiring with the opposition.

"The main factor is fear, and we have to figure out a way to overcome the fear," Guaidó told NPR.

Recently, the two sides have entered into talks in Oslo, Norway, but they have not come away with significant results.

Latin American countries are hosting the vast majority of Venezuelans, with Colombia accounting for around 1.3 million and Peru with some 768,000. Chile, Ecuador, Argentina and Brazil all are hosting more than 100,000, the U.N report says. 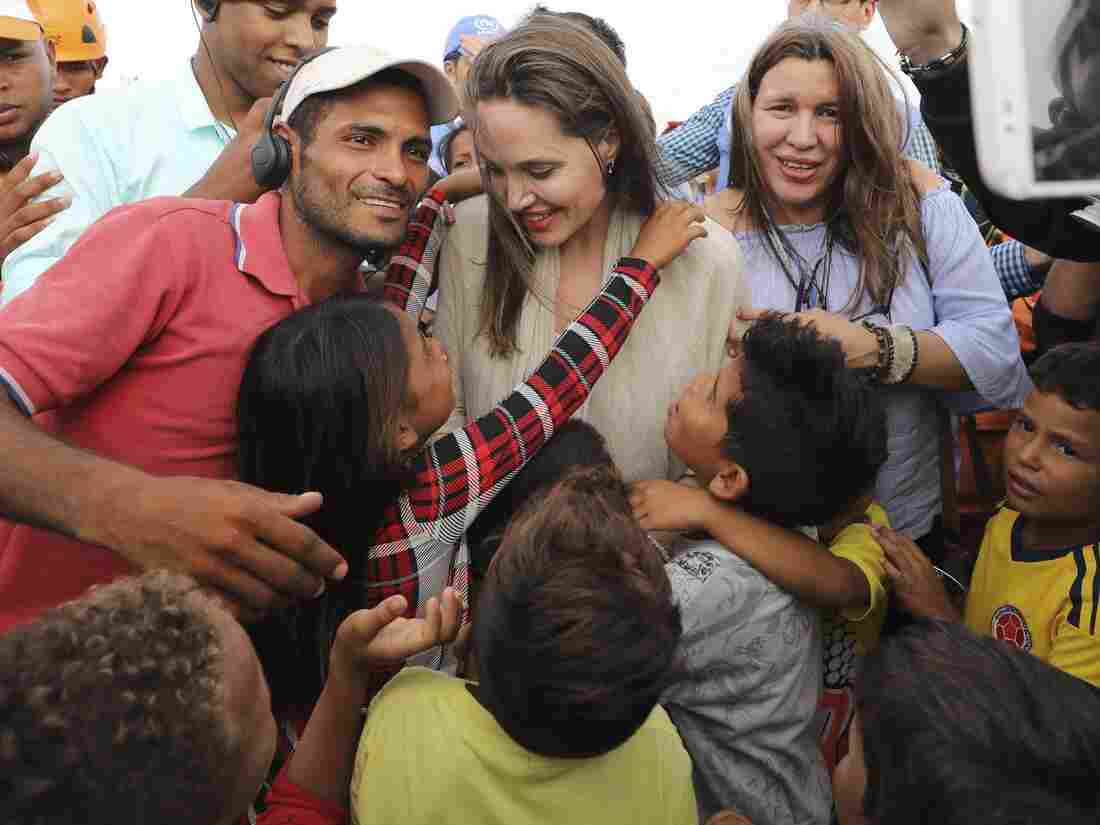 UNHCR special envoy Angelina Jolie greets Venezuelan migrants at a U.N.-run camp in Maicao, Colombia, on the border with Venezuela. Jolie visited the camp to learn more about the conditions faced by migrants and refugees and raise awareness about their needs. Fernando Vergara/AP hide caption 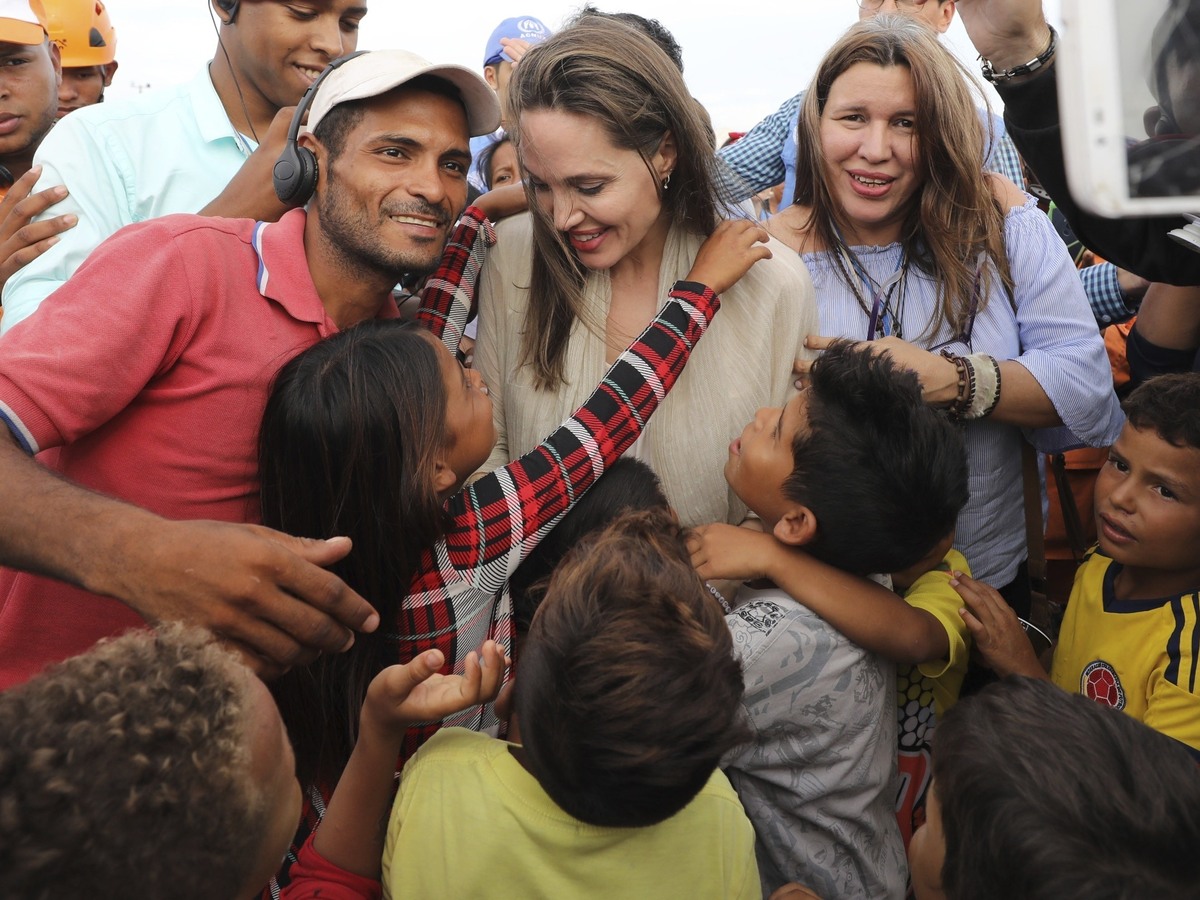 UNHCR special envoy Angelina Jolie greets Venezuelan migrants at a U.N.-run camp in Maicao, Colombia, on the border with Venezuela. Jolie visited the camp to learn more about the conditions faced by migrants and refugees and raise awareness about their needs.

Actress and UNHCR's special envoy Angelina Jolie visited another part of the Colombia-Venezuela border to raise awareness about the needs of migrants and refugees on Saturday.

Jolie met with Colombian President Iván Duque and discussed the thousands of Venezuelan children living in Colombia who are at risk of being stateless.

Jolie appealed for more humanity and increased funding for the U.N. refugee agency in a statement about her visit:

"This is a life and death situation for millions of Venezuelans. But UNHCR has received only a fraction of the funds it needs, to do even the bare minimum to help them survive. The countries receiving them, like Colombia, are trying to manage an unmanageable situation with insufficient resources. But neither they nor humanitarian actors like UNHCR are getting the funds they need in order to keep the pace with the influx, and yet they still do everything they can."