Accessibility links
La Sagrada Familia Gets Permit After 137 Years Without One The Sagrada Familia church got the permit Friday, allowing construction to continue with completion projected for 2026. The church's foundation agreed to pay the city of Barcelona millions of dollars.

Not Too Little, Too Late: Unfinished Gaudí Basilica Gets Permit 137 Years Later

Not Too Little, Too Late: Unfinished Gaudí Basilica Gets Permit 137 Years Later 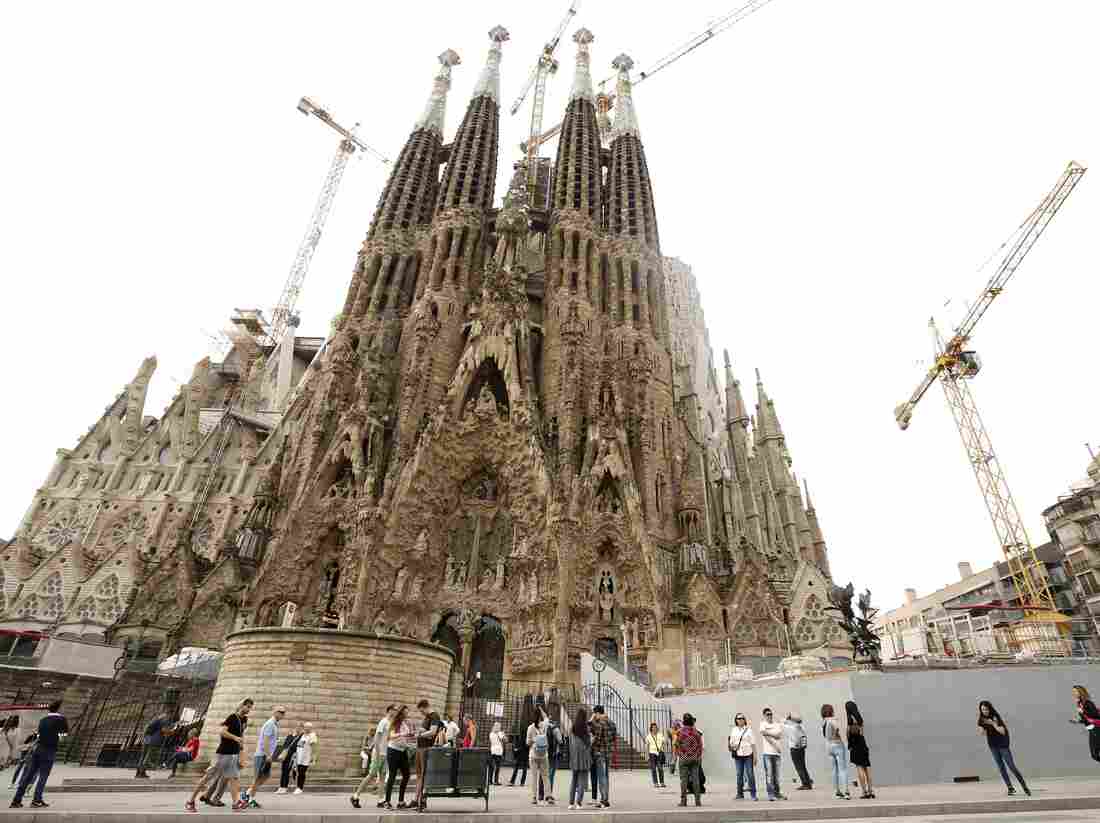 The unfinished Sagrada Familia basilica was granted a building permit on Friday after going without one for 137 years. The church's foundation and the city of Barcelona came to a historic agreement, with the foundation agreeing to pay the city millions of dollars for the completion and preservation of the basilica. Pau Barrena/AFP/Getty Images hide caption 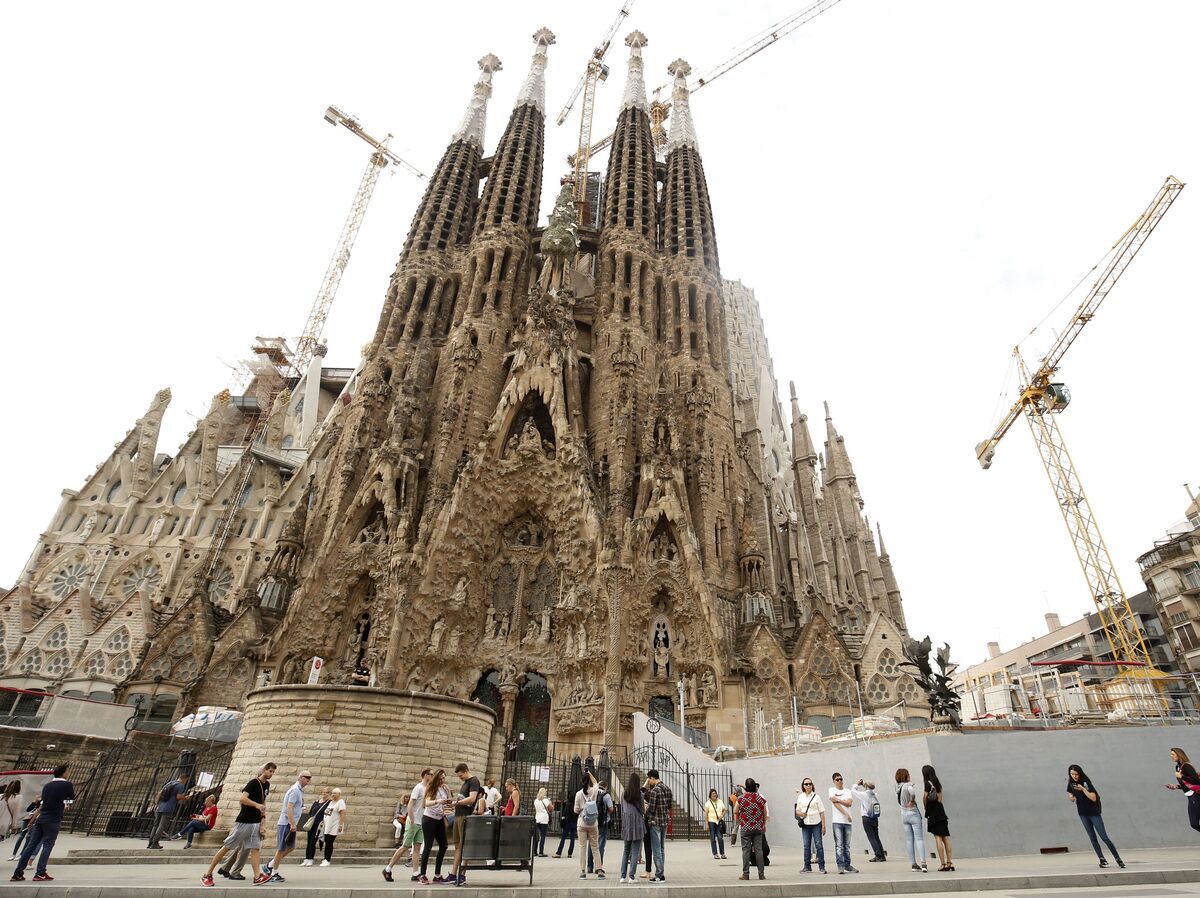 The unfinished Sagrada Familia basilica was granted a building permit on Friday after going without one for 137 years. The church's foundation and the city of Barcelona came to a historic agreement, with the foundation agreeing to pay the city millions of dollars for the completion and preservation of the basilica.

Now, 137 years after construction began, the city of Barcelona has finally issued a building license for one of its most famous tourist attractions.

The permit, granted on Friday, allows construction to continue, with a projected completion date of 2026.

"It was a historical anomaly that La Sagrada Familia did not have a license," said Janet Sanz, Barcelona's deputy mayor for ecology, urbanism and mobility.

Work on the basilica first started in 1882. An application for a permit was submitted in 1885 with a blueprint of the plans signed by Gaudí, but the council did not respond, according to the official architecture blog of La Sagrada Familia.

"They were working on the church in a very irregular way," Sanz said. "And we were very clear that, like everyone else, La Sagrada Familia should comply with the law."

So three years ago, the city and La Sagrada Familia foundation started working on a plan taking into consideration current urban planning.

"La Sagrada Familia team knew they could not continue like this and that they would need to pay accordingly," Sanz said.

Sanz told NPR the total cost of the license is the highest in the history of the city, with the foundation agreeing to pay the city 4.5 million euros ($5.1 million) for the preservation and completion of the temple.

As part of the historic deal, Sanz said La Sagrada Familia foundation will now be co-responsible for the expenses it generates for the city.

La Sagrada Familia, which receives more than 4 million visitors to the church each year and millions more to the surrounding area just to look at it, has agreed to not increase the number of visitors it receives. Sanz said building access from the metro directly to the church to help prevent overcrowding of public space was also part of the agreement.

Barcelona is home to many buildings by Gaudí, whose modernist style is distinct and recognizable. Seven of his works in or near Barcelona, including La Sagrada Familia, are UNESCO World Heritage Sites.

Gaudí, a devoted Catholic, was killed in an accident in 1926 when only a portion of La Sagrada Familia was complete. He spent the last 12 years of his life serving God through architecture, La Sagrada Familia's website says.

Construction work on La Sagrada Familia is based on Gaudí's plaster models and copies of his original drawings, which were destroyed in a fire during the 1930s, The Associated Press reports.

If the construction is in fact completed in 2026 as planned, it will mark 100 years since Gaudí's death.