Accessibility links
Bushwick Bill Of Geto Boys Dead At 52 The Houston-based dancer-turned-rapper, part of the successful trio Geto Boys, was one of the first to bring cinematically macabre imagery to rap lyricism. 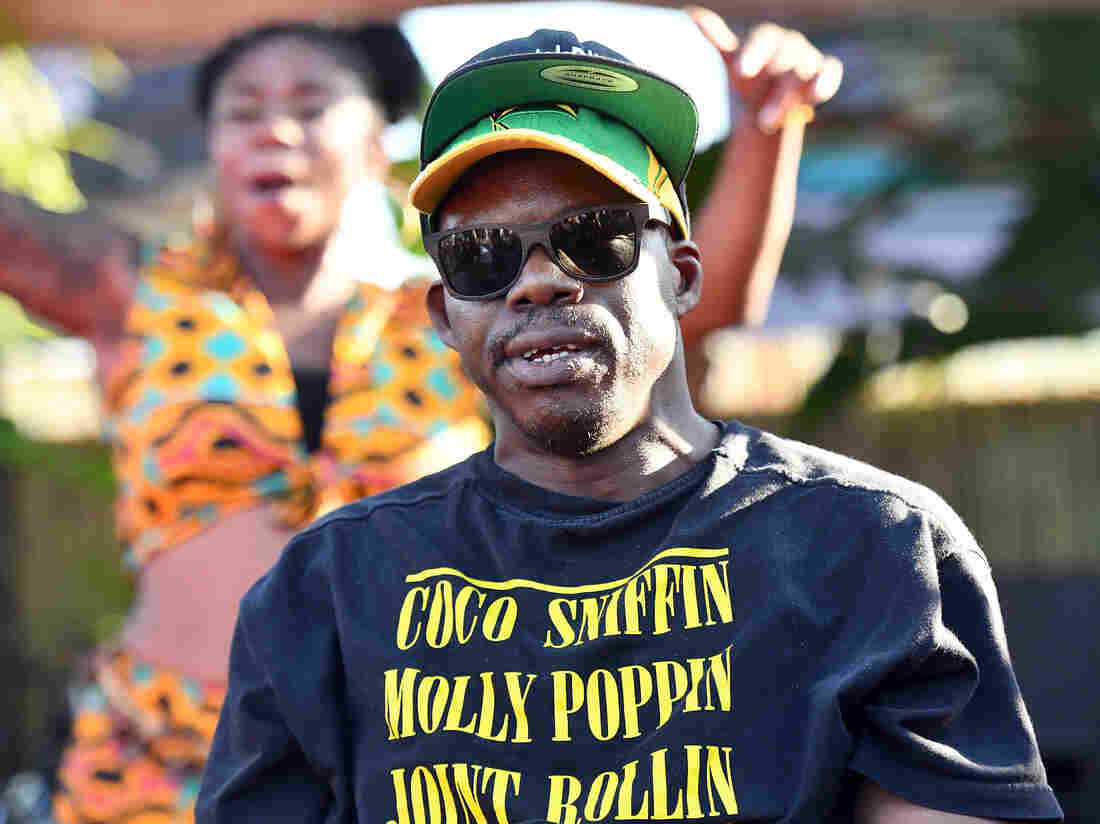 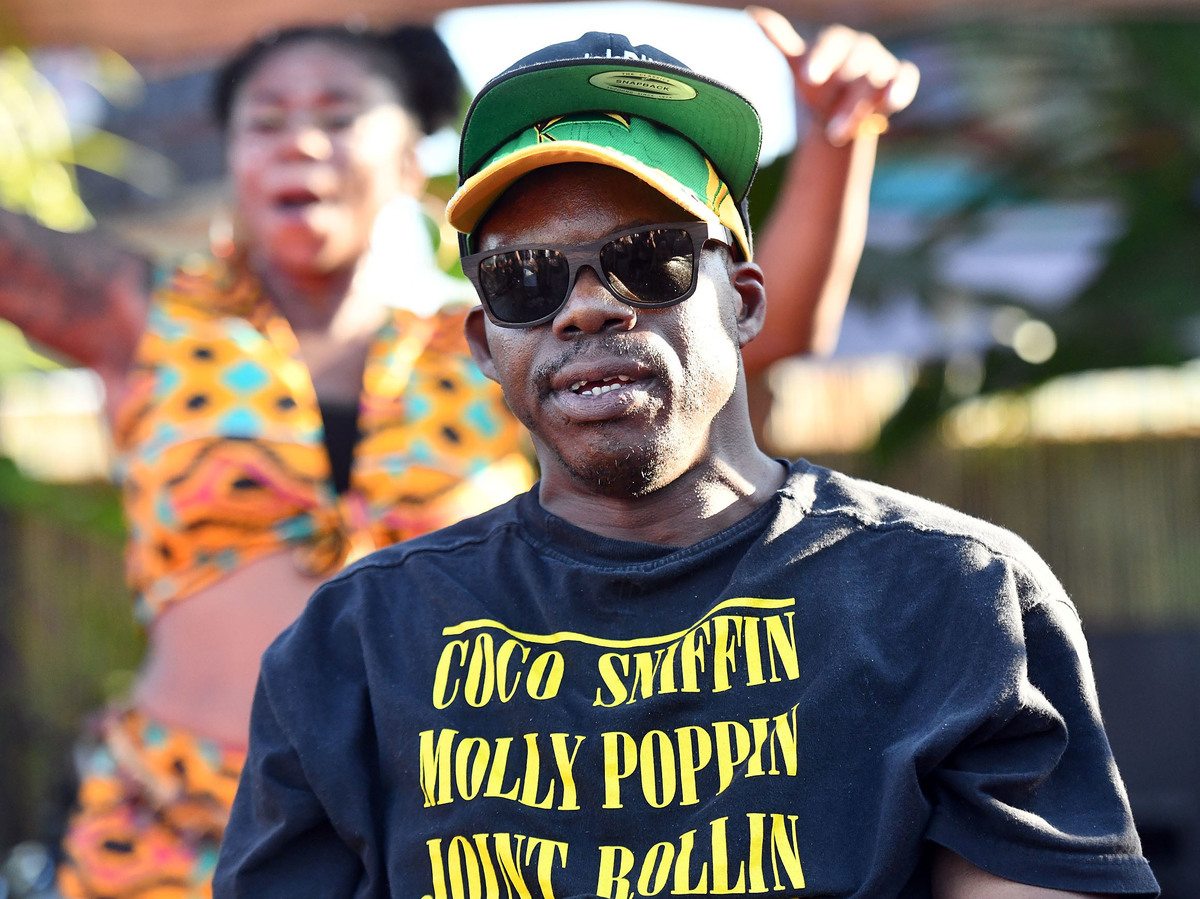 Houston rapper Bushwick Bill, a founding member of the pioneering rap crew Geto Boys, died on Sunday evening in Colorado, his publicist, Dawn P., confirmed with NPR. A cause was not given pending a medical examination; the rapper was diagnosed earlier this year with pancreatic cancer. He was 52 years old.

Born Richard Shaw in Kingston, Jamaica, the artist moved to Bushwick, Brooklyn as a young child — hence his rap moniker — before relocating to Houston, where he first joined the Rap-A-Lot Records-assembled group in the early-to-mid-'80s as a breakdancer and hype man. But as members came and went, he found his way to the mic.

Known for his brash persona and performative storytelling, Bill's unhinged, engaging bars on Geto Boys classics like "F*** a War," "Mind Playing Tricks On Me" and "Mind of a Lunatic" were central to the group carving out its place as a pioneering Southern rap unit in the late '80s and early '90s. While Scarface was hailed as the lyricist of the group, Bushwick Bill's appeal lied in his erratic, say-anything verses. In hip-hop's Golden Era, Geto Boys is credited with putting Houston on the map by pioneering horrorcore — a rap subgenre rooted in nightmarish imagery, physical abuse and psychological horror. Many of rap's current stars, from Jeezy and Lil Wayne to Juice WRLD and 21 Savage, have cited Geto Boys as an influence.

In the span of a decade, from 1988 to 1998 — including a three-year hiatus, from '93 to '96 — Geto Boys released an impressive six albums. As a soloist, Bill released six solo albums from 1992 to 2010, while Geto Boys reunited for a 2005 album, The Foundation. In 2019, on the heels of Bill's cancer diagnosis, the members announced they were planning a farewell tour, to be called The Beginning of a Long Goodbye, The Final Farewell. The tour was later cancelled due to Bill pulling out of the performance dates.

'It Was Like Flies To Honey': 25 Years Of Rap-A-Lot Records

Bushwick Bill was born with dwarfism and suffered from joint pain. In October 1991, Bill — drunk on Everclear and arguing with his then-girlfriend as he details in the song "Ever So Clear" — was shot in the eye. Willie D and Scarface posed alongside Bushwick Bill in the hospital halls the night he was shot, a photo which would later be used as the album cover of the trio's 1991 seminal album We Can't Be Stopped. To date, it remains the group's best-selling. In 2010, Bushwick Bill was arrested in Atlanta, charged with criminal possession of cocaine and marijuana and facing possible deportation.

Bill first shared the news that he was battling cancer on May 1, 2019. In a video posted to TMZ, the ailing rapper announced he was diagnosed with Stage 4 pancreatic cancer in February 2019 and, up to that point, had not told his fellow Geto Boys, Willie D and Scarface. Later that same month, Bill was hospitalized with pneumonia and was forced to cancel the remaining shows on the Geto Boys reunion tour. "Now, the rumor is I pulled out on the tour, but if my health was a concern then you would know about my health, not about me pulling out of the tour," the rapper told fans in an Instagram video shot, speaking from a hospital bed. "This is a health issue. Pancreatic cancer. Chemotherapy gave me pneumonia."

Speaking to Vice in 2015, ahead of a screening of the horror film Child's Play that he was set to host in Los Angeles, Bushwick Bill explained the hope he found in fusing rap and the macabre: "There are these little moments in life where if you're under the right stars and the right light hits you, or when the northern lights are going by you could become a superhuman being. To be able to be bigger than who you are, I think people have always been fascinated with that. That you could turn into a werewolf and be strong, or that you could use electricity and bring something back to life."