Accessibility links
Crane Collapse In Dallas: High Winds Topple Crane Onto Apartment Building One person was killed and at least five others injured when the construction crane buckled in winds up to 70 mph and fell onto the apartment building, officials said. 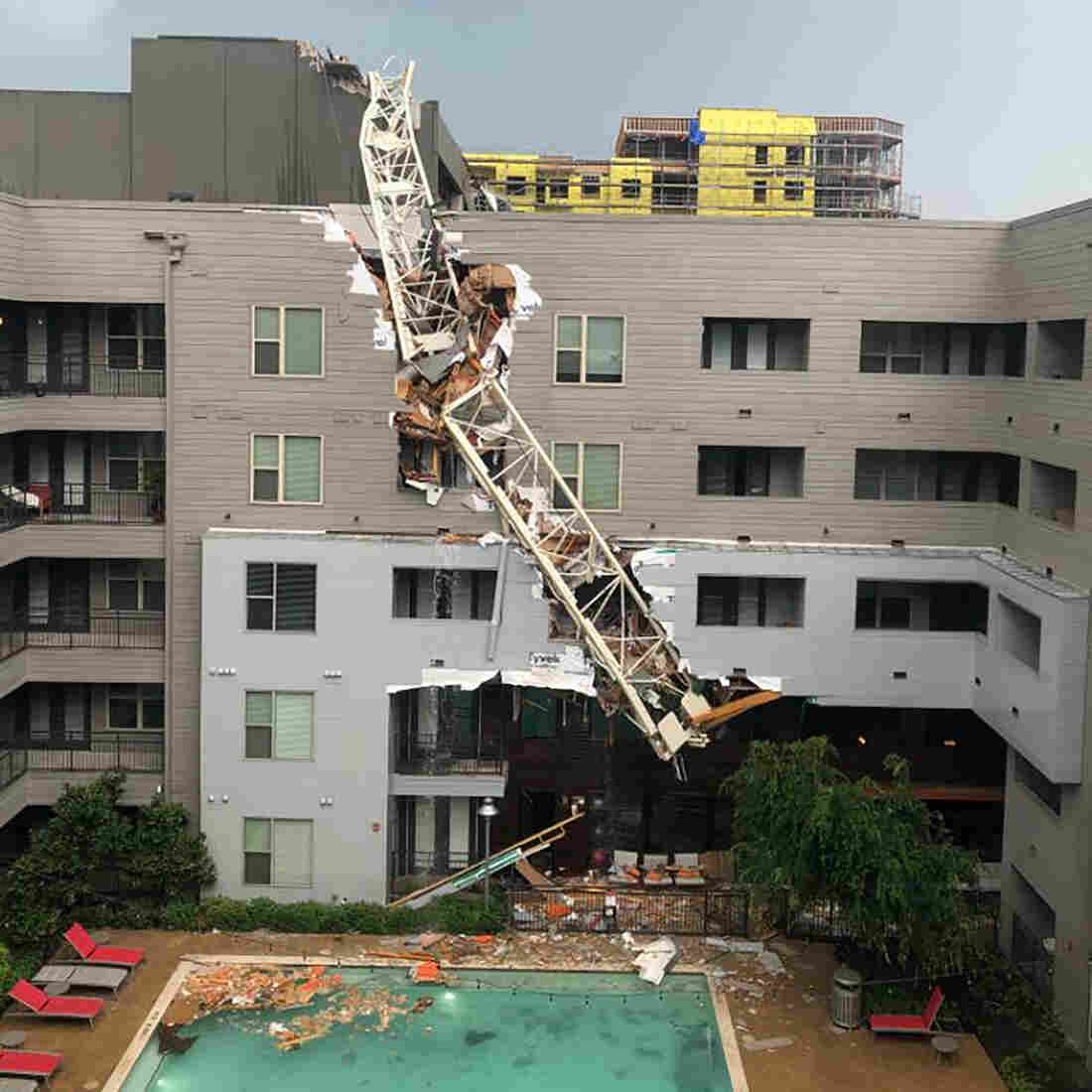 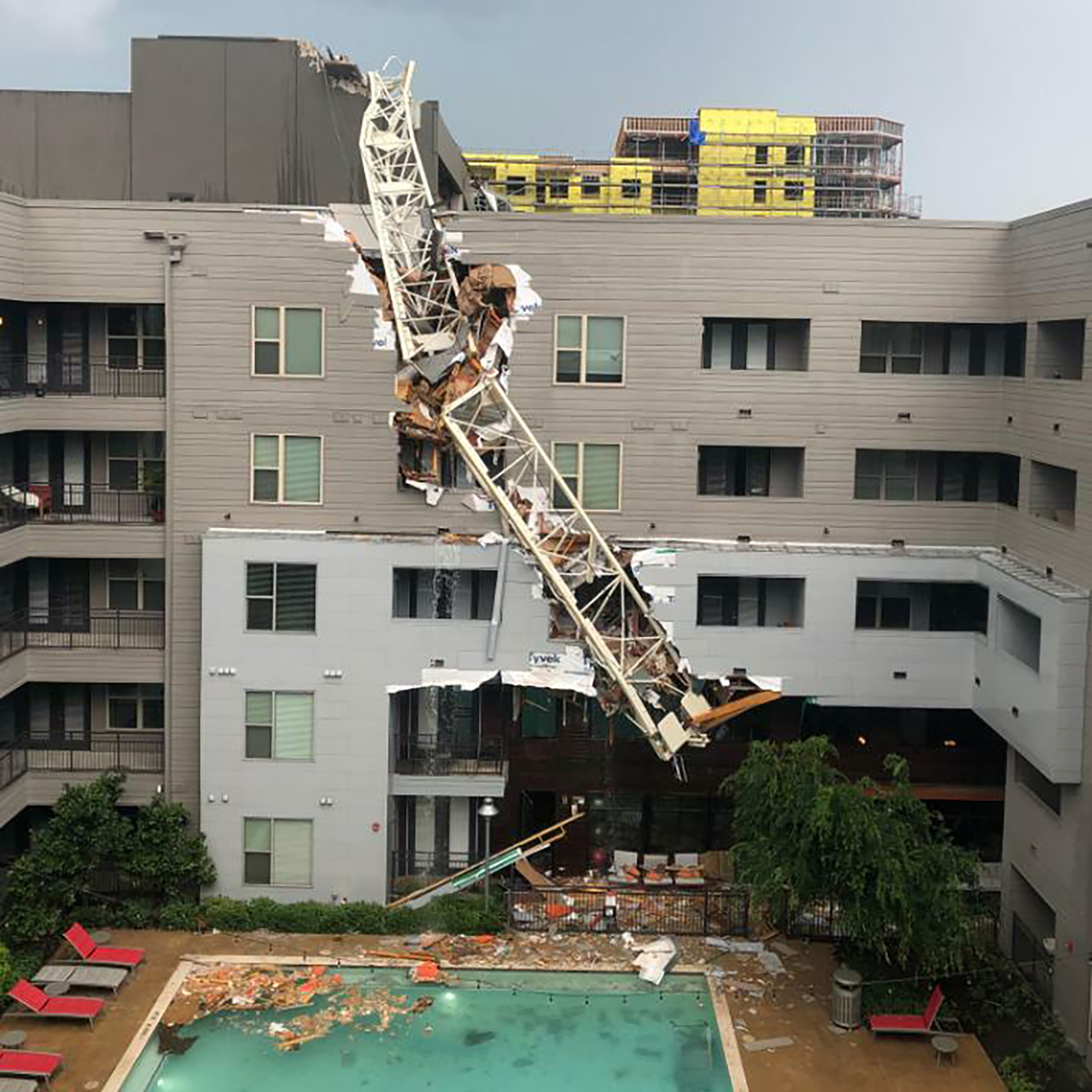 A photo provided by Michael Santana shows a collapsed construction crane at the Elan City Lights apartments in Dallas after severe thunderstorms on Sunday.

A construction crane in Dallas came crashing down Sunday on an apartment building, killing at least one person and injuring five others, local fire officials said.

The crane was slammed by sudden high winds as high as 70 mph, causing it to buckle and fall onto the five-story Elan City Lights building.

The body of a woman, who was not identified by officials, was found inside the building after the collapse, fire officials said.

The Dallas Morning News reports that the five others were hospitalized, two in critical condition and two in serious condition. The fifth was treated and released.

"The building itself has suffered multiple collapses in different areas ... to include residential spaces and the parking garage," Dallas Fire Rescue official Jason Evans said.

Evans said he has dealt with crane collapses in the past, but "I don't recall ever responding to one where it's actually fallen on an occupied building, much less a five-story occupied high-rise building."

He said the cause of the crane's collapse was uncertain, but he felt there was a "strong possibility" that the winds "played some role in the collapse," according to The Associated Press.

Bill Zeeble of NPR member station KERA reports that the storm damaged neighborhoods across north Texas, taking down trees, damaging property and cutting off power to more than 300,000 electricity customers.