Accessibility links
House Democrats To Get Some Mueller Report Material; Contempt Vote In Place The Justice Department reached an accord on Monday with the House Judiciary Committee, but members of Congress are nonetheless expected to press ahead with authorizing potential lawsuits on Tuesday.

House Democrats To Get Some Mueller Report Material, But Contempt Vote Is Still On

House Democrats To Get Some Mueller Report Material, But Contempt Vote Is Still On 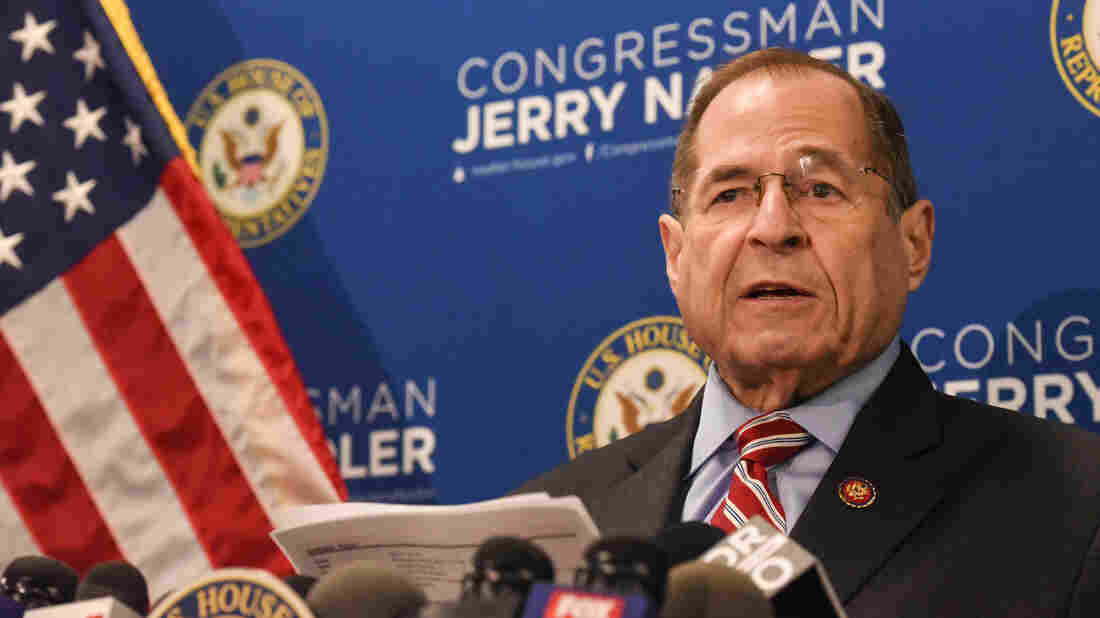 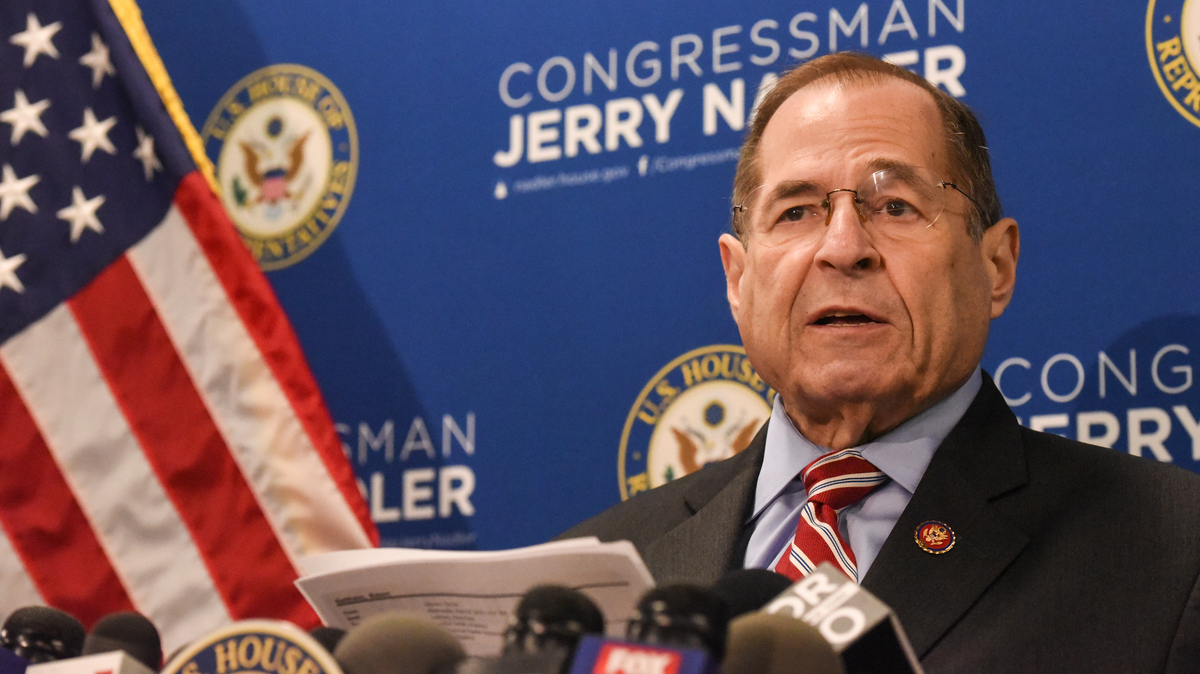 The Justice Department is to begin providing documents to the House Judiciary Committee after a dispute over a subpoena — but members of Congress are reserving the ability to continue to pursue contempt litigation down the line.

Judiciary Committee Chairman Jerry Nadler, D-N.Y., announced the agreement on Monday, but the committee's staffers said nothing had changed about plans for Tuesday to vote to authorize civil contempt lawsuits that could later target Barr and former White House counsel Don McGahn.

Nadler wants to keep the door open to a contempt action if Barr and the Justice Department don't continue to play ball. Nadler has demanded a trove of material from the office of former special counsel Robert Mueller.

"We have agreed to allow the department time to demonstrate compliance with this agreement," he said in a statement.

"If the department proceeds in good faith and we are able to obtain everything that we need, then there will be no need to take further steps. If important information is held back, then we will have no choice but to enforce our subpoena in court and consider other remedies. It is critical that Congress is able to obtain the information we need to do our jobs, ensuring no one is above the law and bringing the American public the transparency they deserve," he said.

Justice Department spokeswoman Kerri Kupec said the department was pleased at the return to the "traditional accommodation process" and that it "remains committed to appropriately accommodating Congress's legitimate interests related to the special counsel's investigation."

In the meantime, however, Nadler said he expected his staffers to visit Justice Department headquarters, just up Pennsylvania Avenue from the Capitol, to begin reviewing some Mueller documents on Monday afternoon.

Nadler also said he continues to hope to hear testimony from Mueller himself.

The former special counsel so far hasn't scheduled anything and has resisted the idea of appearing before Congress, but Nadler seems to be insisting and hasn't ruled out another subpoena — for Mueller.

Judiciary Committee ranking Republican Doug Collins of Georgia welcomed the agreement, which he said undercut charges by Democrats that the Trump administration is "stonewalling" Congress.

Democrats' Dilemma: Would Pushing For Mueller To Testify Hurt Or Help?

But Collins asked why the Democratic majority would go ahead with a contempt vote in view of the concessions made by the Justice Department.

"In light of today's agreement from the Justice Department, it's logical to ask: Is the chairman prepared to rescind his baseless recommendation to hold the attorney general in contempt, or do House Democrats still plan to greenlight lawsuits against the attorney general and former White House counsel tomorrow?" Collins asked in statement.

The ranking member said on Monday afternoon that Democrats have resorted to stunts and game-playing to try to sustain a Russia investigation that did not result in Trump's removal — as he said they'd hoped it would.

Collins pointed out that former President Barack Obama had derided GOP presidential hopeful Mitt Romney when Romney had warned about dangers from Russia.

Nadler's contretemps with the Justice Department

Nadler's dispute with Barr centers on underlying evidence developed during the Russia investigation by the office of former special counsel Mueller.

Nadler wanted an unredacted copy of Mueller's final report and material collected by the special counsel's team that informed its findings.

Barr and the Justice Department didn't agree to give it. Although Barr said he was willing to let some members of Congress see some portions of Mueller's work product that weren't public, the attorney general said he was prohibited from giving Nadler and Democrats everything they sought.

The dispute escalated to the point of a subpoena, which Barr rejected with a recommendation that Trump invoke executive privilege — the doctrine that permits a presidential administration to shield some of its internal workings from public view.

The White House also cited that privilege in directing McGahn not to appear before Congress or give members notes or other materials from his time in the White House.

Trump's critics call that evidence that he obstructed justice by trying to frustrate the Russia investigation.

Democrats want to hear more, and that is what had set the stage for the vote expected Tuesday on contempt for Barr. With it, members of Congress could authorize House lawyers to file lawsuits in order to ask a judge to compel Barr and McGahn to hand over the material Nadler sought.