Accessibility links
Helicopter Crashes On Roof Of New York City Skyscraper The New York City Fire Department said at least one person died in the crash Monday afternoon. Officials say they believe the person killed was the pilot. It's not clear what caused the incident. 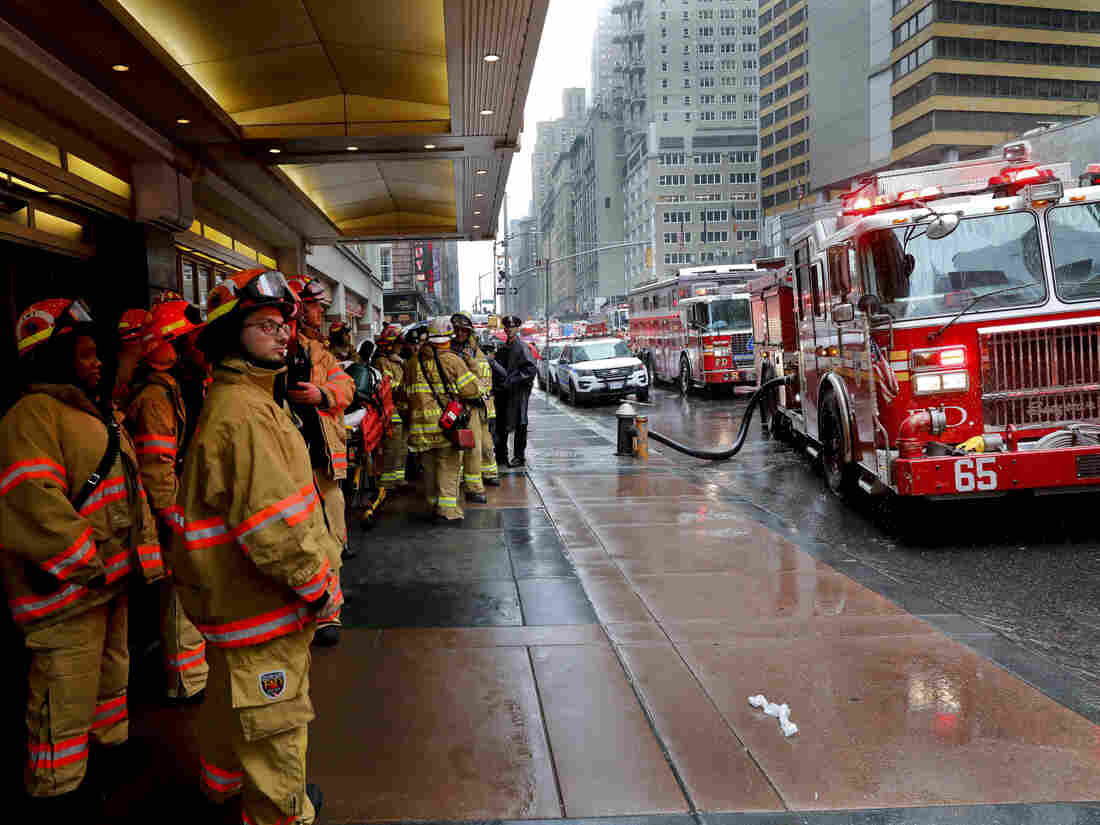 Firefighters respond to the scene where a helicopter crash-landed on the roof of a midtown Manhattan skyscraper on Monday. Mark Lennihan/AP hide caption 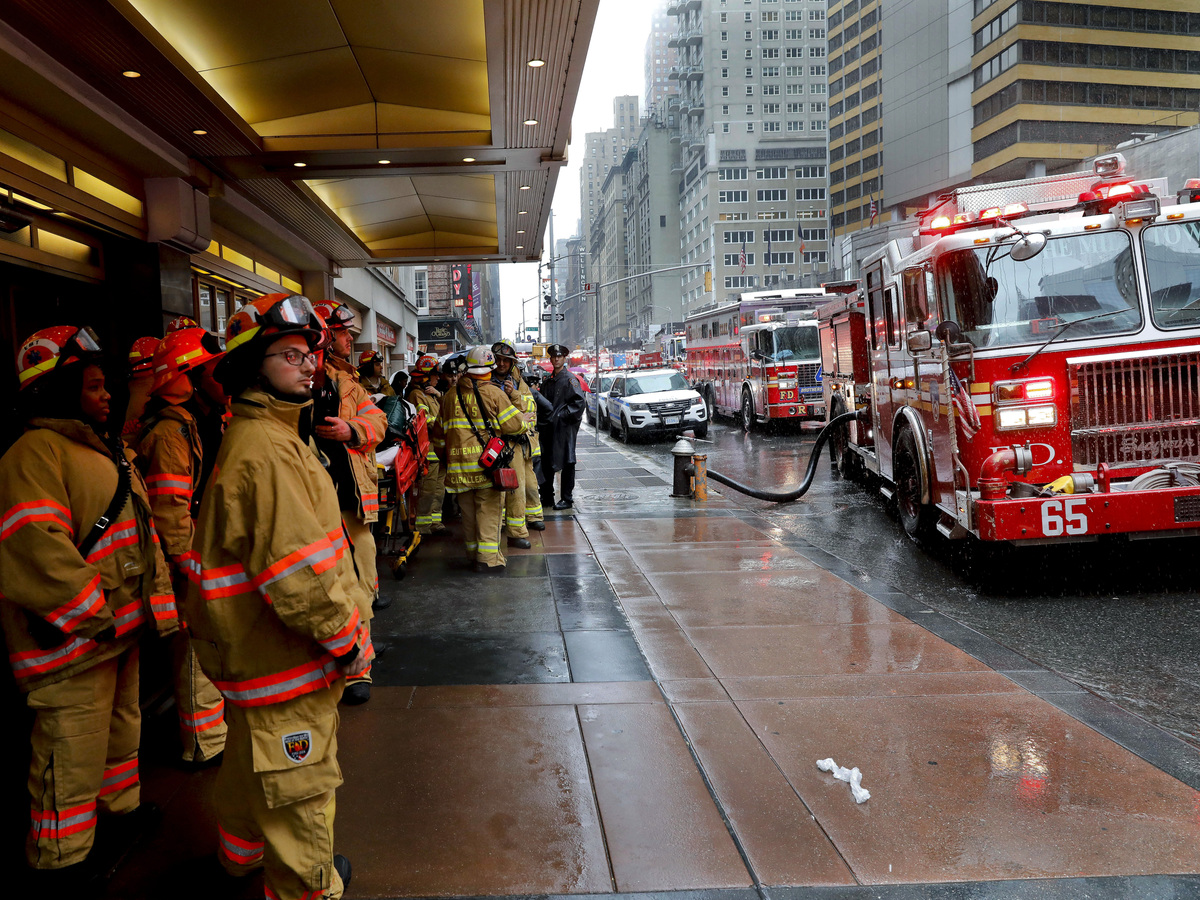 Firefighters respond to the scene where a helicopter crash-landed on the roof of a midtown Manhattan skyscraper on Monday.

A helicopter crashed into the top of a Manhattan skyscraper and ignited a fire early Monday afternoon, sending New York authorities and rescuers racing to the scene in Midtown.

Officials said the crash killed one person, believed to be the helicopter's pilot.

It's not yet clear why the helicopter went down around 1:45 p.m. ET, though it's possible that rainy, windy weather in the area was a factor.

The skyscraper, which is known as the AXA Equitable building, stands 54 stories tall. Nathan Hutton, who works on the 29th floor, told CBS News that he felt "what I could only describe as a very strong shove" when the helicopter hit the building. He also heard what he said sounded like a "muffled explosion."

Minutes later, Hutton said, their office head of security arrived and announced, "There has been an incident, everyone grab what you need and leave now."

The public was being asked to avoid the area of West 51st and 7th Ave.

NYPD Commissioner James O'Neill said during a news conference that preliminary reports suggest the pilot took off from a heliport on 34th street and crashed into the skyscraper, located at 787 7th Ave., about 11 minutes later.

O'Neill said they believe the helicopter was a privately owned, executive travel aircraft that was heading to New Jersey at the time of the incident.

New York Gov. Andrew Cuomo, who spoke to reporters on the scene shortly after the crash, said the news brought back painful memories of the Sept. 11, 2001, terrorist attacks.

"If you're a New Yorker, you have a level of PTSD, right, from 9/11. I remember that morning all too well," Cuomo added. "So as soon as you hear that an aircraft hit a building, I think my mind goes where every New Yorker's mind goes." 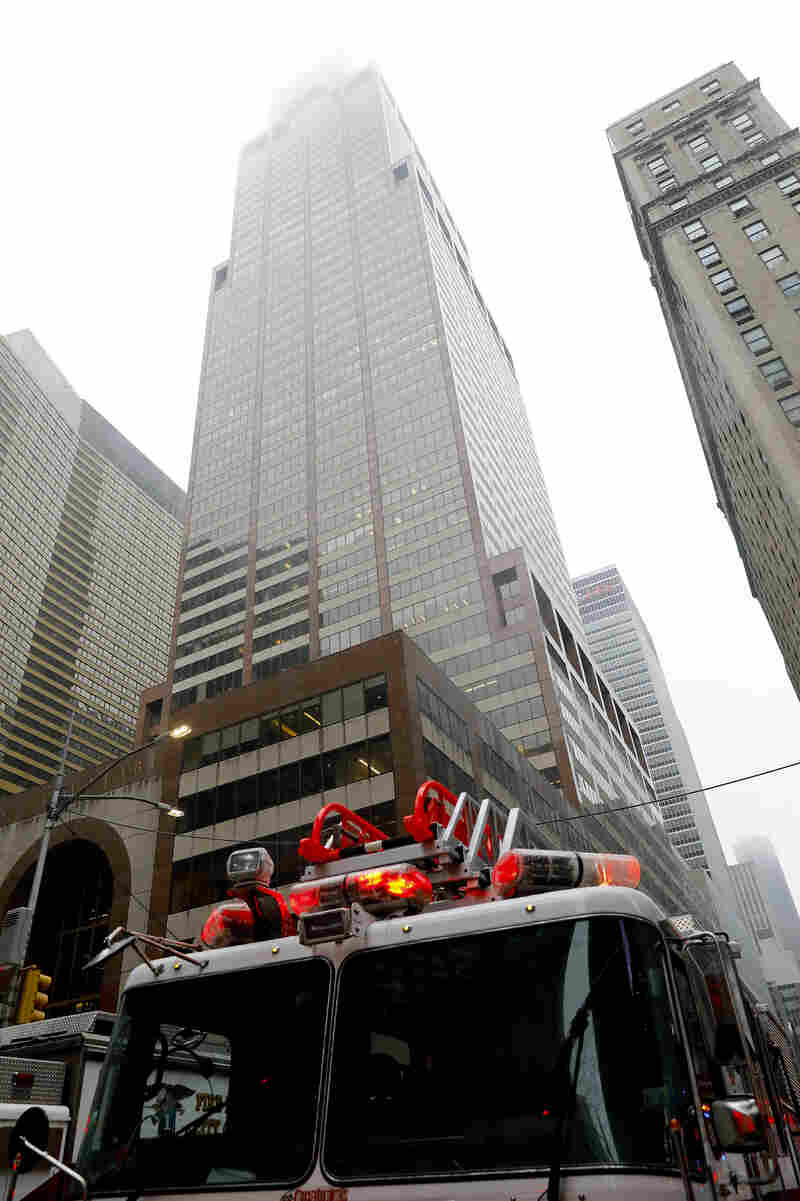 New York firefighters respond to the scene where a helicopter was reported to have crash landed on top of a building in Manhattan on Monday. Mark Lennihan/AP hide caption 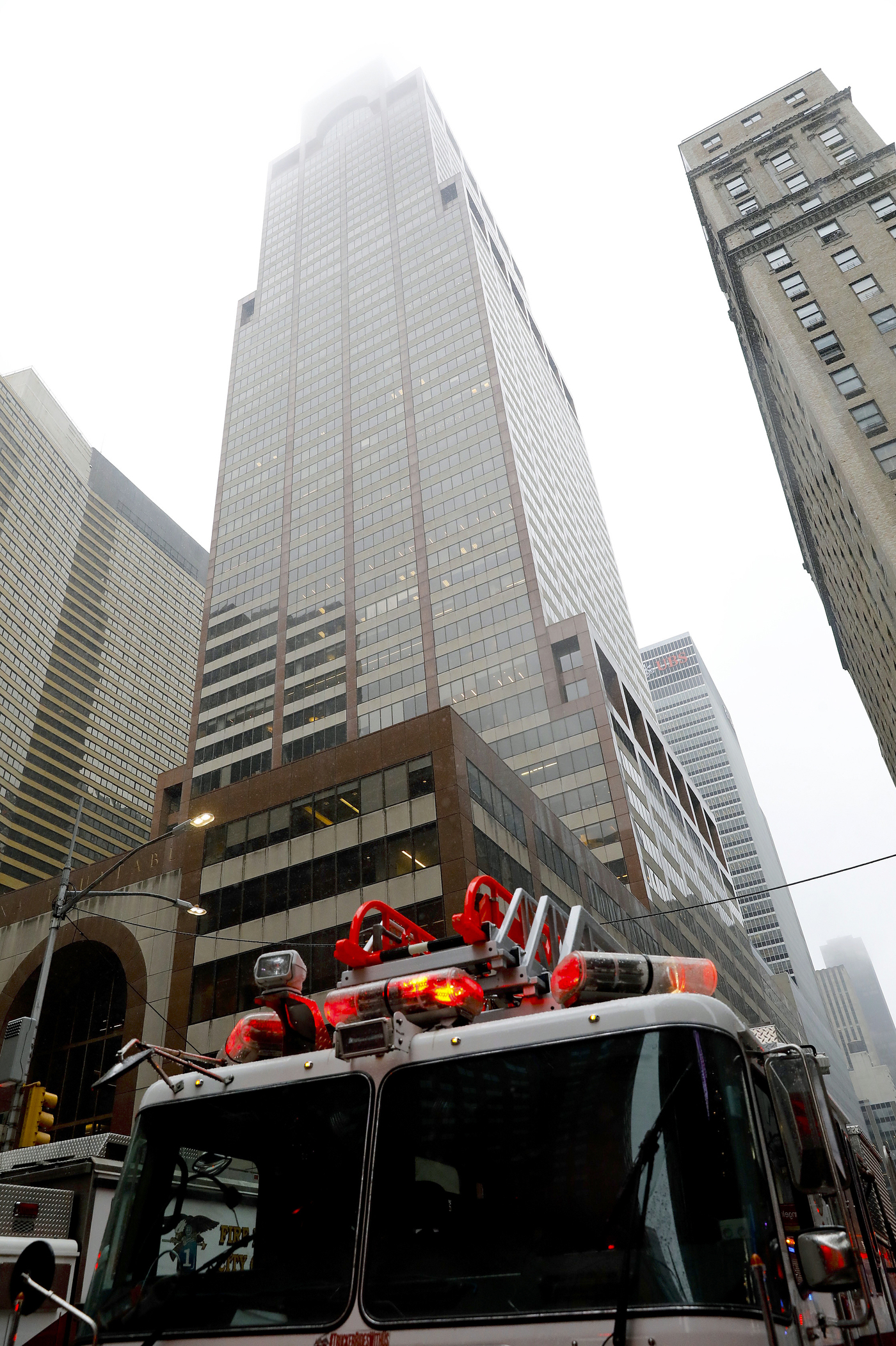 New York firefighters respond to the scene where a helicopter was reported to have crash landed on top of a building in Manhattan on Monday.

However, the governor added that so far there is no indication of "anything more than" a pilot making an emergency landing.

The helicopter began leaking fuel and sparked a fire after what the New York City Police Department called a hard landing. "We were able to put water on the fire quite quickly," said FDNY Fire Commissioner Daniel Nigro.

#FDNY confirms a helicopter has crash-landed onto the roof of 787 7th Ave in Manhattan. The fire has been extinguished, and members continue to operate in response to fuel leaking from the helicopter. There is currently one fatality reported.

New York City Mayor Bill de Blasio said at the news conference that "there is no ongoing threat to New York City, based on all the information we have right now."

"This could have been a much worse incident, and thank God no other people were injured in this absolutely shocking, stunning incident," he added.

The area had been under a temporary flight restriction order, O'Neill told reporters. De Blasio added that in order to fly in that area, the pilot would have needed permission from LaGuardia Airport's tower, and authorities are checking whether clearance had been granted.

Updated #FAA statement on the #helicopter crash in #NYC. Follow us here for updates. #BreakingNews pic.twitter.com/727VZGtIpx

The Federal Aviation Administration said its air traffic controllers did not handle the flight of the Agusta A109E helicopter. It added that the National Transportation Safety Board will be in charge of investigating the crash.