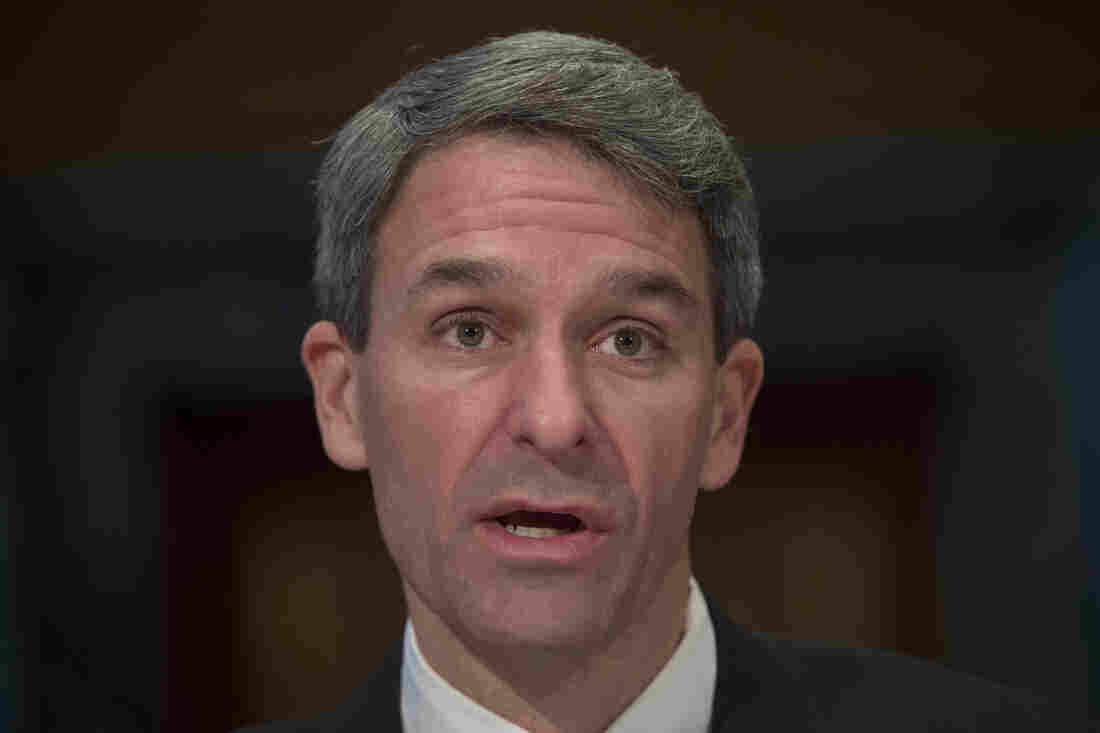 Ken Cuccinelli, seen here in 2016, was named on Monday as acting head of U.S. Citizenship and Immigration Services, which is charged with adjudicating requests for citizenship, green cards and visas. Molly Riley/AP hide caption 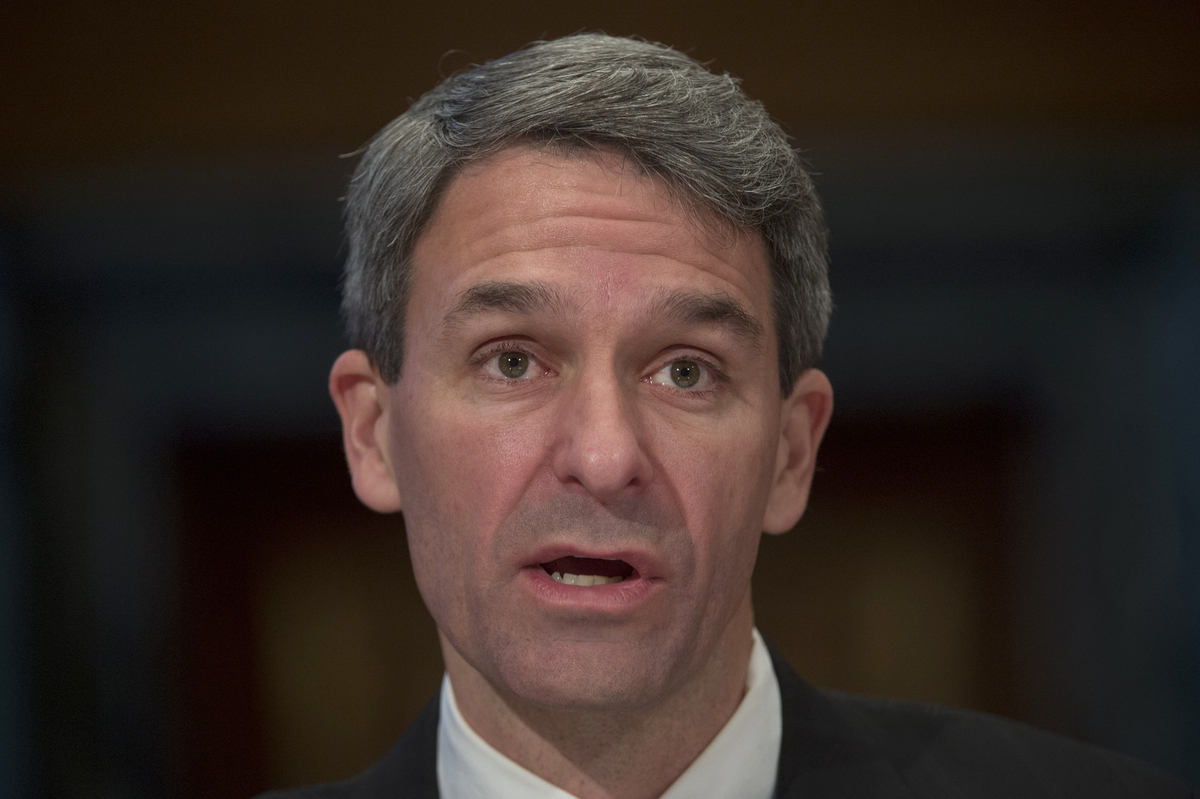 Ken Cuccinelli, seen here in 2016, was named on Monday as acting head of U.S. Citizenship and Immigration Services, which is charged with adjudicating requests for citizenship, green cards and visas.

The Trump administration has named Ken Cuccinelli to serve as acting director of the agency in charge of legal immigration, raising concerns among immigrant rights advocates.

Cuccinelli has never worked at the agency that he's now tasked with leading. U.S. Citizenship and Immigration Services, with more than 19,000 employees and contractors, is charged with adjudicating requests for citizenship, green cards and visas.

"Our nation has the most generous legal immigration system in the world and we must zealously safeguard its promise for those who lawfully come here," Cuccinelli said in a written statement. "I look forward to working with the men and women of USCIS to ensure our legal immigration system operates effectively and efficiently while deterring fraud and protecting the American people."

Cuccinelli is a frequent guest on cable news shows, where he's known for taking hard-line positions on asylum and other immigration issues. He served as attorney general of Virginia from 2010 to 2014 and ran unsuccessfully for governor of the state.

"Are they trying to break the system so that it doesn't work?" asked Ur Jaddou, a former chief counsel at USCIS who now directs the nonprofit DHS Watch in Washington. "This is just another sign of what's been happening over the last couple of years," Jaddou said, as the backlog for immigration cases of all kinds has "exploded."

Cuccinelli has advocated for denying citizenship to American-born children of parents living in the U.S. illegally. And he has argued that states should invoke "war powers" to turn away what he calls an "invasion" of migrants from Central America seeking asylum in the U.S.

"You don't have to keep 'em," Cuccinelli said in an interview with Breitbart radio last year. "No catch and release, no nothing. You just point 'em back across the river, and let 'em swim for it."

The Trump administration picked Cuccinelli to run USCIS despite opposition from Republicans in the Senate. Cuccinelli served as president of a conservative group that funded campaigns against Senate Majority Leader Mitch McConnell and others, and several Republican senators signaled they would oppose his nomination to lead the agency.

The White House has not formally nominated Cuccinelli to lead USCIS. Technically, his title will be "principal deputy director," according to the agency.

Legal experts say that would allow Cuccinelli to serve as acting director under the Federal Vacancies Reform Act. But it would violate the spirit of the law, according to Anne Joseph O'Connell, an expert on administrative law at Stanford Law School.

"This does seem to be an end run," said O'Connell. "Not just around the Senate confirmation process, where senators have said they don't want to confirm Mr. Cuccinelli. But it also seems like an end run around the Vacancies Act."

Cuccinelli's appointment means that there will be acting leaders at the helm of USCIS, U.S. Customs and Border Protection, U.S. Immigration and Customs Enforcement, and the Federal Emergency Management Agency, in addition to an acting secretary of Homeland Security.

Cuccinelli's predecessor at USCIS, former director L. Francis Cissna, had years of experience in immigration law and was widely regarded as a policy wonk. Even some immigration hard-liners wonder whether Cuccinelli is ready for the job.

"Cuccinelli was an unusual choice, given his lack of immigration experience," said Mark Krikorian, executive director of the Center for Immigration Studies, which favors lower levels of immigration. "But he does have law-enforcement and regulatory experience, so I'm cautiously optimistic, especially if he has White House backing in his interactions within his agency and with other agencies."