Accessibility links
Watch Live: House Votes On Contempt Lawsuits For Trump Investigations The House of Representatives voted on a measure that would empower the leaders of its committees to sue to get information for their Trump investigations. 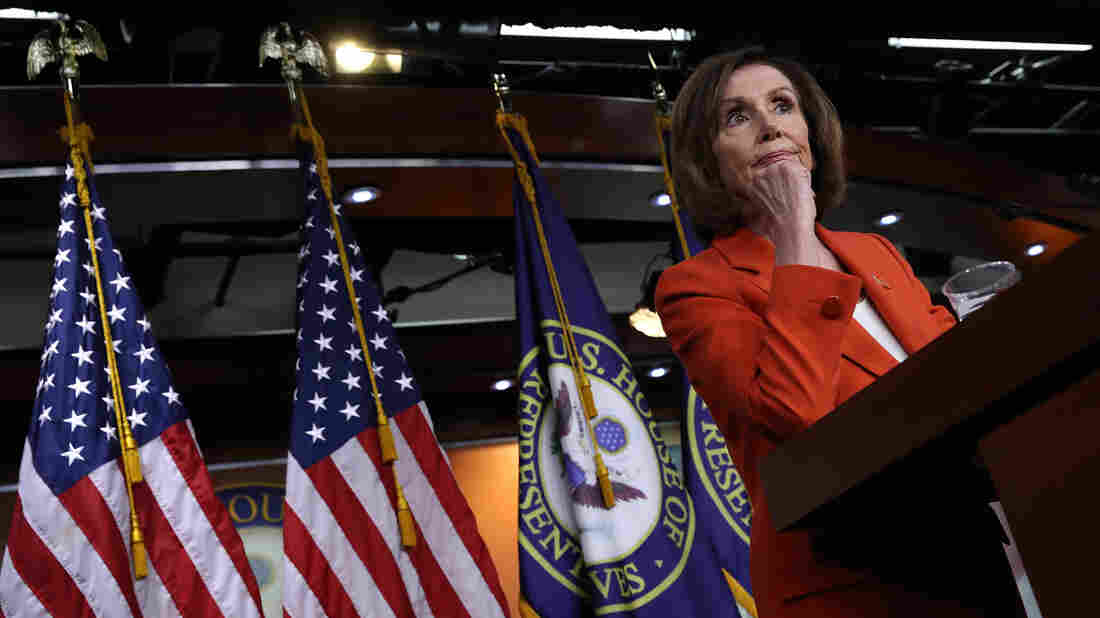 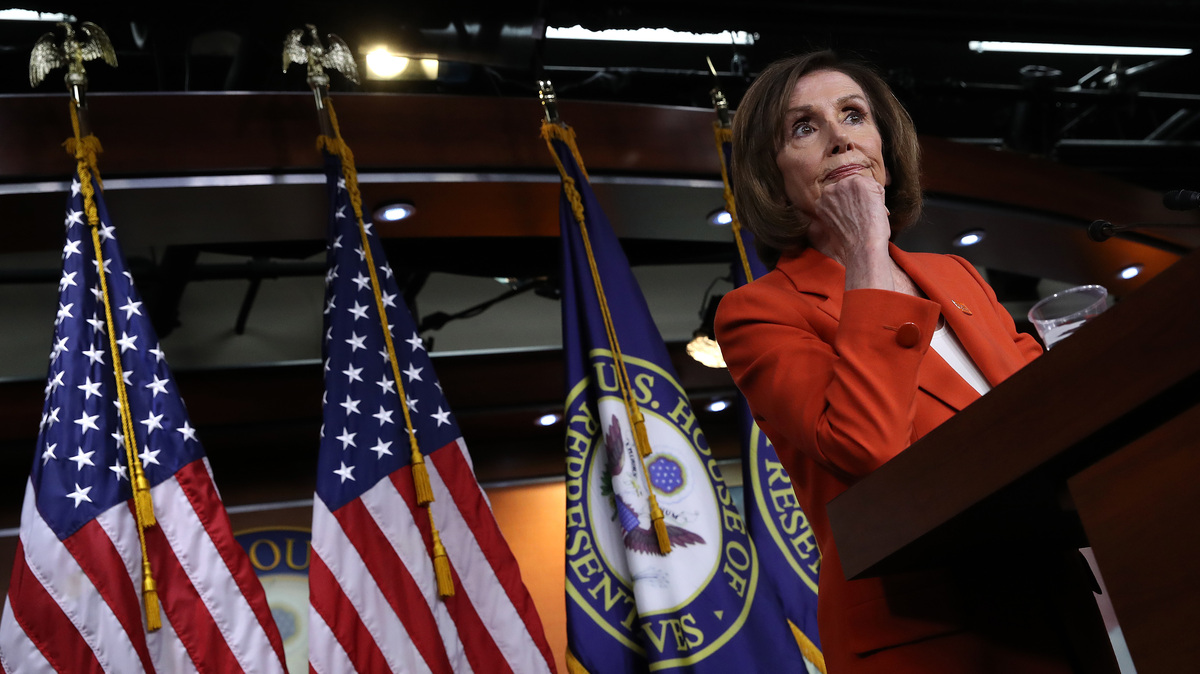 House Speaker Nancy Pelosi, D-Calif., holds a news conference on June 5. The House is voting Tuesday on a resolution to authorize lawsuits to obtain information on the Mueller investigation.

The House voted on Tuesday to authorize its committees to sue the Trump administration and others in pursuit of witnesses and documents for their manifold investigations into President Trump.

The floor vote follows months of escalating tension between the Democratic majority and the Republican administration — including a standoff over subpoenas for material from the Russia investigation demanded by the House Judiciary Committee.

The Justice Department has been giving ground in that dispute, and on Monday it said members of the Judiciary Committee would get access to previously restricted evidence.

Accordingly, what might have been the biggest set piece in the House action — a vote of contempt of Congress targeted at Attorney General William Barr — is no longer in the cards.

The Judiciary Committee voted to recommend such a measure to the full House, but instead lawmakers on Tuesday are expected to vote on a more general one.

The resolution is expected to empower the chairmen and women of the House's many committees to act on their own to file suit in order to enforce the subpoenas they may decide to issue in their investigations.

They would be permitted to act without a vote of the full House, which supporters say would keep the chamber clearer to both investigate and legislate.

"This efficient approach will allow us to walk and chew gum at the same time," said Rep. Jim McGovern, D-Mass., chairman of the House Rules Committee, in a hearing on Monday setting the table for the vote expected on Tuesday.

Republicans scoffed at the idea of going ahead with the vote after the Justice Department agreed to provide the access that Judiciary Committee Chairman Jerry Nadler, D-N.Y., had been trying to get. He got what he wanted, Republicans observed — why press ahead with this strategy?

To be sure, though, the House leadership did alter its course. Nadler's committee passed a resolution that would have recommended the full House vote to declare Barr in contempt of Congress, which — at least theoretically — could result in an indictment, trial and punishment.

The measure passed on Tuesday is different: It authorizes civil contempt lawsuits. Nadler's committee, for example, could file one asking a judge to reject the assertion by the Trump administration that former White House counsel Don McGahn can't testify before Congress or surrender documents.

Barr has recommended that the White House assert executive privilege in that case, the legal doctrine that permits an administration to conceal some of its internal workings.

House Democrats reject that rationale, and Nadler said on Monday he still wants documents from McGahn — and to see McGahn at his witness table.

More action is expected this week from other Democratic leaders. Oversight Committee Chairman Elijah Cummings, D-Md., has scheduled a vote in his panel for Wednesday on whether to hold Barr and Commerce Secretary Wilbur Ross in contempt.

Barr and Ross won't agree to give members of Congress materials they've sought in connection with the Trump administration's desire to ask a question about citizenship in the 2020 census.