Botswana's High Court Rules Homosexuality Is Not A Crime

Botswana's High Court Rules Homosexuality Is Not A Crime 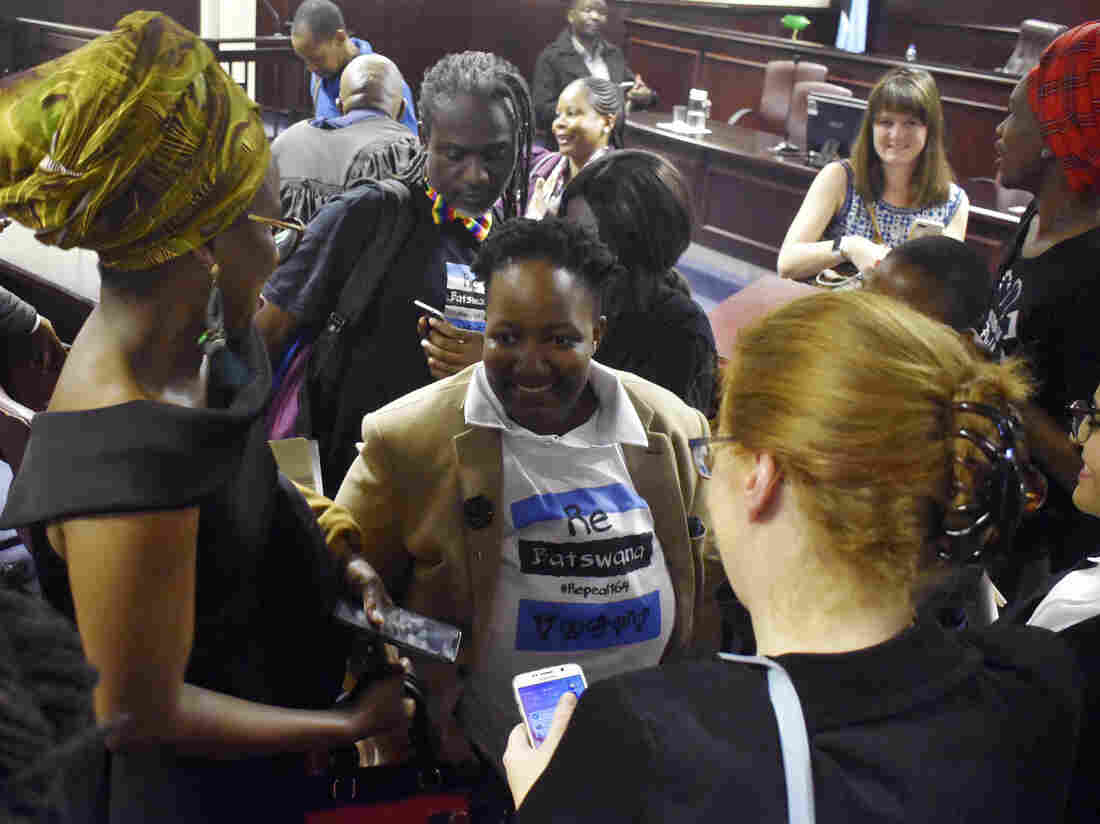 The high court in Gaborone, Botswana, threw out the country's longstanding ban on same-sex relations Tuesday, setting off celebrations inside the courthouse. AP hide caption 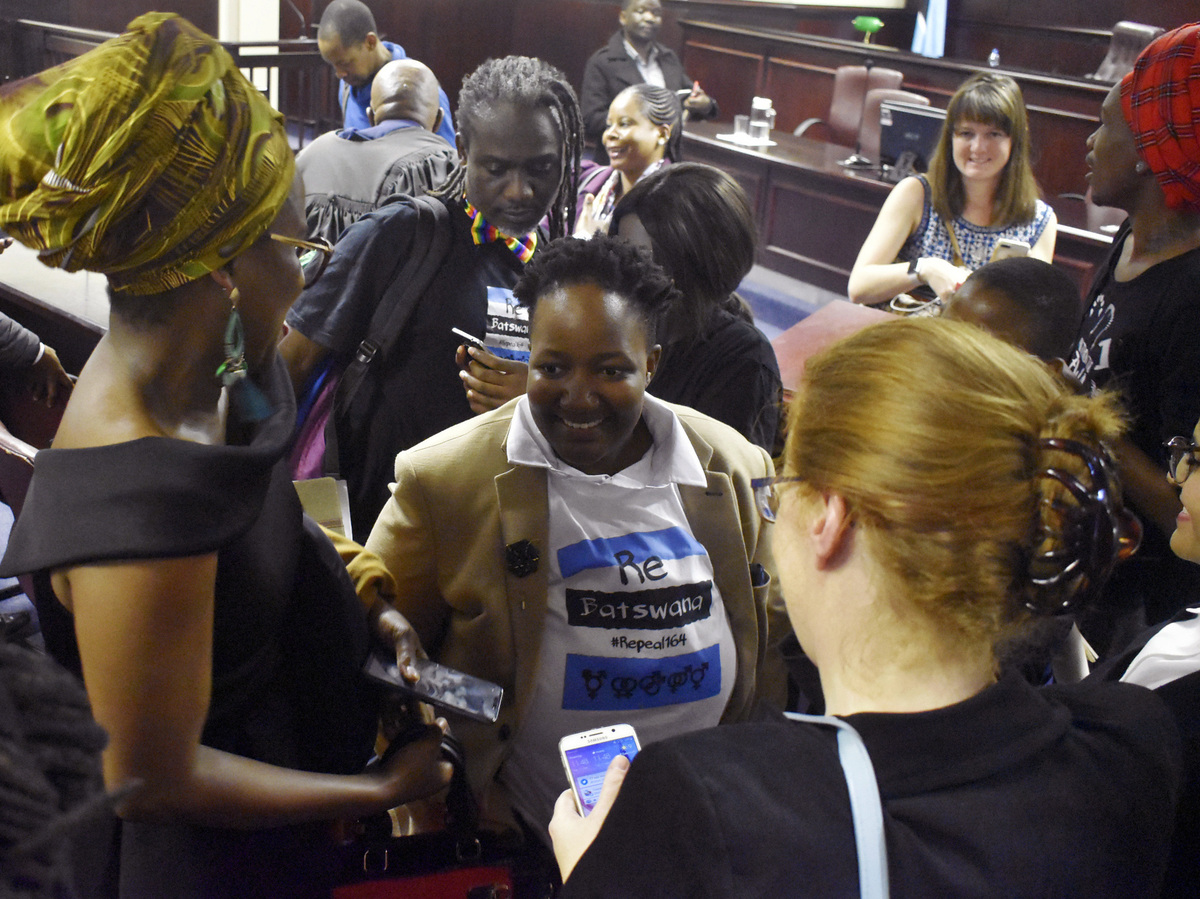 The high court in Gaborone, Botswana, threw out the country's longstanding ban on same-sex relations Tuesday, setting off celebrations inside the courthouse.

Botswana's high court has thrown out a colonial-era law that criminalized same-sex relations in a landmark ruling lauded by activists. People who broke the law had faced the threat of a seven-year prison sentence.

The case was brought by a young activist who said Botswana's society had changed since sections of the country's penal code were enacted, banning the "carnal knowledge of any person against the order of nature." On Tuesday, the court agreed.

"A democratic society is one that embraces tolerance, diversity and open-mindedness," Justice Michael Leburu said, according to CNN. Discussing the broad costs of discrimination, he added, "Societal inclusion is central to ending poverty and fostering shared prosperity."

The Lesbians, Gays and Bisexuals of Botswana — a group commonly known as LEGABIBO — celebrated victory in the case, in which it participated.

"It has taken a long time for our community to be where it is," said Anna Mmolai-Chalmers, coordinator of LEGABIBO. "This incredibly life-changing decision, although it does not right all the wrongs done to individual members of the LGBT community, is a step towards restoring our dignity as human beings."

As for what the ruling could mean for her community and for Botswana, Mmolai-Chalmers said that in addition to legal affirmation, the change will open new space "for addressing public health issues more efficiently and effectively."

Botswana joins a handful of other African nations that have recently decriminalized homosexuality — but Tuesday's ruling comes after a court in Kenya refused to take that step last month.

In both Botswana and Kenya, the ban on same-sex relations has its roots in British colonial law. Their bans share language, as they mention "carnal knowledge ... against the order of nature."

The ruling comes 16 years after Botswana's court of appeal upheld the ban, saying the time had not yet come to decriminalize same-sex relations, even between consenting adults and in private.

In addition to constitutional issues, the high court's justices questioned the rationale for the ban. According to a partial transcript released by LEGABIBO, the court wrote:

"What regulatory joy and solace is derived by the law, when it proscribes and criminalizes such conduct of two consenting adults, expressing and professing love to each other, within their secluded sphere, bedroom, confines and/or precinct?"

Calling it a case of overregulation, the court concluded, "Any criminalization of love of finding fulfillment in love dilutes compassion and tolerance."