Accessibility links
CEOs Becoming More Active On Political Issues, Including Abortion Historically, CEOs spoke out on political issues relevant to their bottom lines, but as the fight over abortion escalates, some say their employees and customers expect them to take a stand. 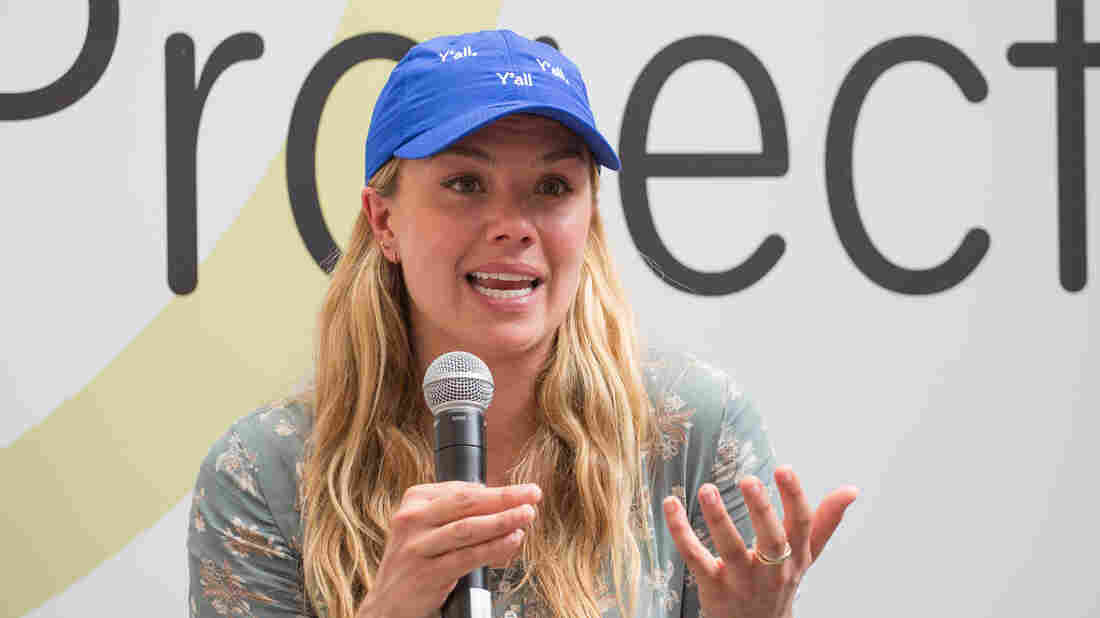 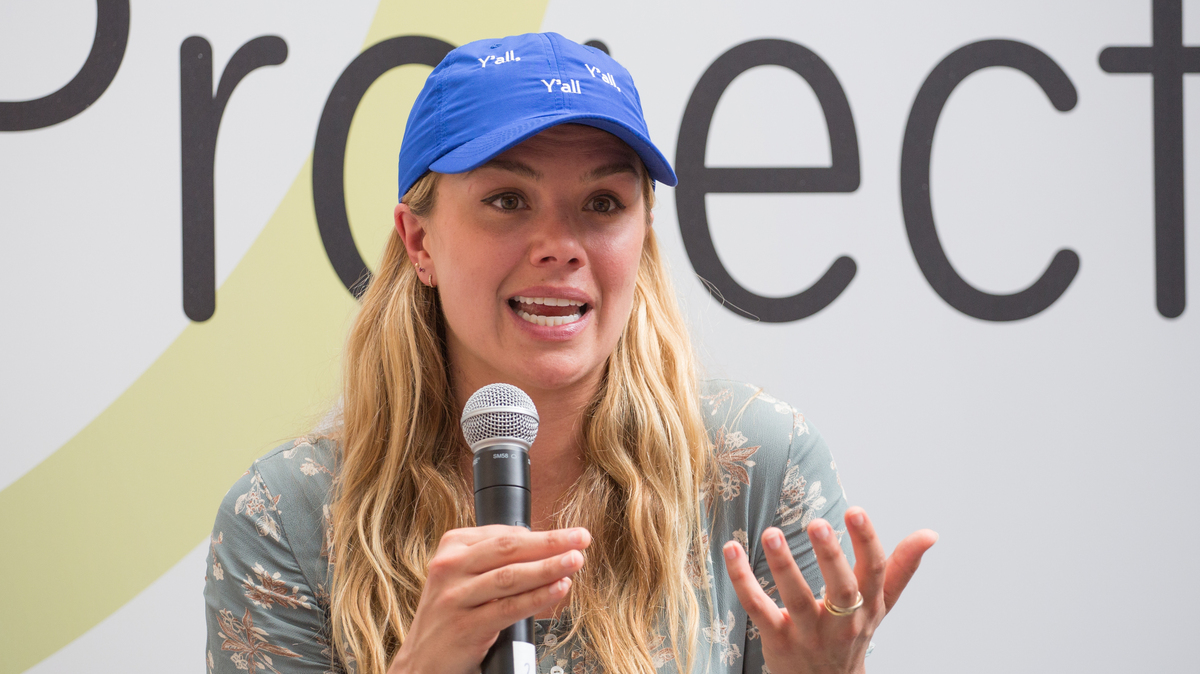 Tyler Haney, CEO of Outdoor Voices, is one of more than 180 business leaders who signed a letter opposing restrictive abortion laws.

CEOs have become increasingly outspoken on a variety of political issues — from race relations to LGBTQ rights to higher age restrictions on gun and tobacco sales.

The latest example of this corporate activism came this week, when the leaders of more than 180 businesses — including MAC Cosmetics, electronic payments company Square and clothing-maker Eileen Fisher — signed a letter opposing restrictive abortion laws enacted recently in several states.

The letter, featured in a full-page ad in The New York Times, said that "restricting access to comprehensive reproductive care, including abortion, threatens the health, independence and economic stability of our employees and customers."

Among those signing the letter was Tyler Haney, CEO of Outdoor Voices, who says her recreational-clothing company normally stays out of politics. The company's nine stores aren't in states where restrictive abortion laws were recently enacted, but Haney says she felt she needed to take a stand.

"We believe every person should be empowered to make the right choices for them," she says. The company's mission, Haney says, "is all about access and our commitment to that" and recently enacted state laws were inconsistent with the company's values.

This public rebuke comes on the heels of threats by media companies — including Disney, Netflix and WarnerMedia — to stop filming in Georgia, which has offered tax incentives to encourage media production. That state last month enacted a law, set to take effect in January, banning abortions after a doctor can detect a heartbeat, which can be as early as six weeks into pregnancy. Missouri and Alabama also recently enacted restrictive laws, and other states are considering measures.

Microsoft President To Trump: To Deport A DREAMer, You'll Have To Go Through Us

Historically, leaders spoke out only on issues directly related to their business or that affected their bottom line. Now leaders are taking public stands on issues as controversial as abortion, says Aaron "Ronnie" Chatterji, a business professor at Duke University. (Chatterji has announced he intends to run for North Carolina state treasurer in 2020.)

"I think the definition of what relates to your business and your bottom line is changing," Chatterji says. What matters to workers matters to their leaders, he says. "For many of them, the power, the innovation in those companies is human capital," he says.

The letter is part of a broader campaign called Don't Ban Equality, sponsored by the American Civil Liberties Union, Planned Parenthood, NARAL Pro-Choice America and the Center for Reproductive Rights. Organizers say the letter marks the first step in engaging corporate supporters as the fight over abortion escalates.