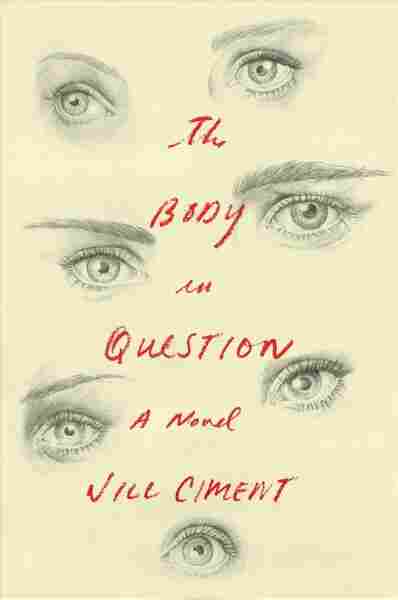 The Body in Question

Jill Ciment is one of those just-under-the-radar writers. Probably her biggest moment of popular recognition came a few years ago, when her novel, Heroic Measures, was made into a film called 5 Flights Up; it starred Diane Keaton and Morgan Freeman as a married couple living in New York City who struggle to get their elderly dog to the vet in the midst of a terror alert. They wind up carrying the dog on a cutting board through the panicked city.

Ciment zooms in on two members of the jury. There's Graham, a single 42-year-old anatomy professor and Hannah, our main character, a 52-year-old former Rolling Stone photographer who's married to a Pulitzer Prize-winning journalist in his 80s.

Though she doesn't quite admit it to herself, Hannah wants a break from caretaking. She deeply loves her husband, but a sequestered murder trial that could potentially go on for weeks seems to her like not such a bad thing. Here's Ciment's third-person narrator conveying Hannah's ruminations about her husband after the judge asks that any potential jurors who have pressing responsibilities at home raise their hands:

Though [Hannah's] husband maintains his impressive, curious mind, he loses things daily — keys, words, height, mass, the ability to hear conversations, his peripheral vision ... the subtlety of taste, and the assault of smell. And most alarmingly, ... [h]er husband isn't always sure where his hands and feet are without having to look for them. ... [Hannah] is becoming his copilot. Her senses must work double-time shepherding two separate bodies through space, but to refuse the job — not to point out the broken step, not to repeat the punch line he couldn't hear — will mean abandoning [her husband] in the woolly, dim, mute isolation of old age.

By not raising her hand, Hannah passively chooses to do just that: (temporarily) abandon her husband. Somewhat more actively, she and Graham, the anatomy professor, begin a flirtation, paddling in the pool together at the Econo Lodge where they're sequestered; making eye contact over court-subsidized dinners at TGI Fridays.

In no time, they're tiptoeing into each other's motel rooms at night; but all this secrecy is for naught. The other jurors — among them, the guy with the buzz cut and the blonde with the corn rows and flip flops — aren't as obtuse as they seem. Those jurors aren't sure yet if the defendant is guilty, but they know that Graham and the adulterous Hannah most certainly are.

And what of that murder trial? Ciment could have crafted a fine standalone suspense novel out of the details of the grisly case the jurors here are deciding. In brief, a wealthy teenage girl is accused of setting her baby brother on fire. As the days of testimony go on, however, it becomes murkier as to whether the mostly silent, chocolate bar munching defendant — who's on the autism spectrum — or her dominating twin sister, or the sister's creepy boyfriend is the actual murderer. How to judge? We're told that:

[Hannah] doesn't consider herself a judgmental person, though judge she does — all the time. She judges her friend and colleague who got a MacArthur grant for her random, blurry snapshots; she judges her mother for choosing cruel boyfriends; ... But this judgment is something else entirely. This judgment is as close as mortals get to God.

All of this could be the stuff of melodrama, but Ciment's incisive language turns The Body in Question into a profound story about mortality and the mysteries of human behavior. By trial's end, we're told that Hannah and the other jurors have "run out of small talk and can no longer abide one another's company without alcohol." But, as a reader, I happily could've been sequestered for a while longer within the confines of Ciment's smart and disturbing novel.

Read an excerpt of The Body in Question

An earlier headline incorrectly stated the title of Jill Ciment's novel as The Body of Evidence. The title is The Body in Question.