Accessibility links
Russian Journalist Ivan Golunov Is Freed; Ministry Orders Inquiry Into Drug Charges Authorities say there's not enough evidence to back up the charges against Golunov, who on Saturday had been ordered to serve two months of house arrest. 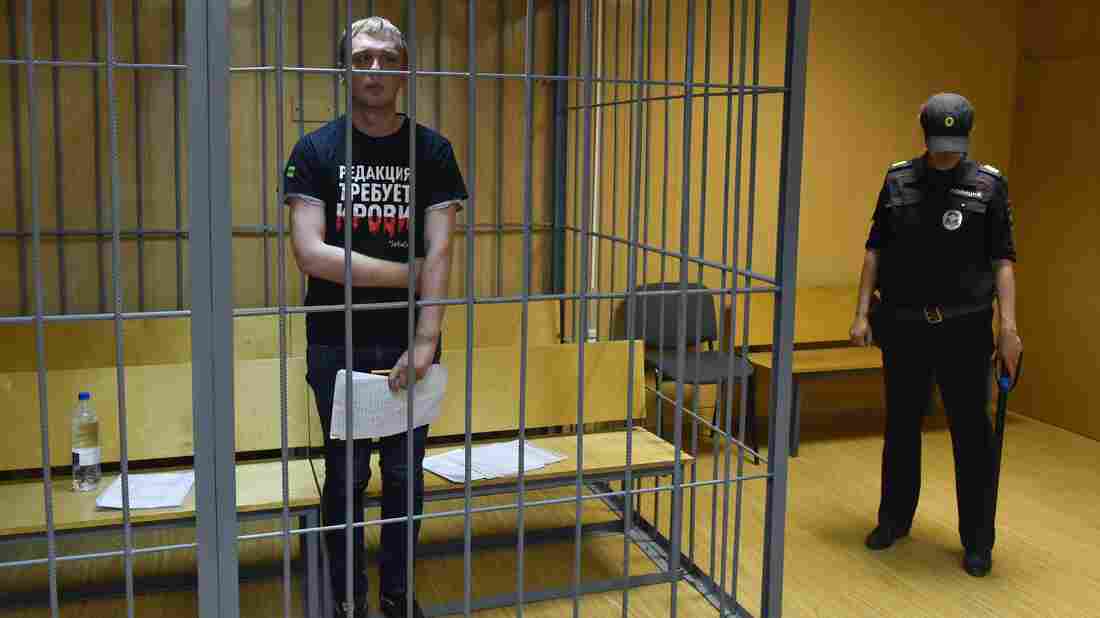 Russian investigative journalist Ivan Golunov was freed days after he was accused of attempting to sell drugs. He's seen here inside the defendants' cage during a court hearing Saturday in Moscow. Vasily Maximov/AFP/Getty Images hide caption 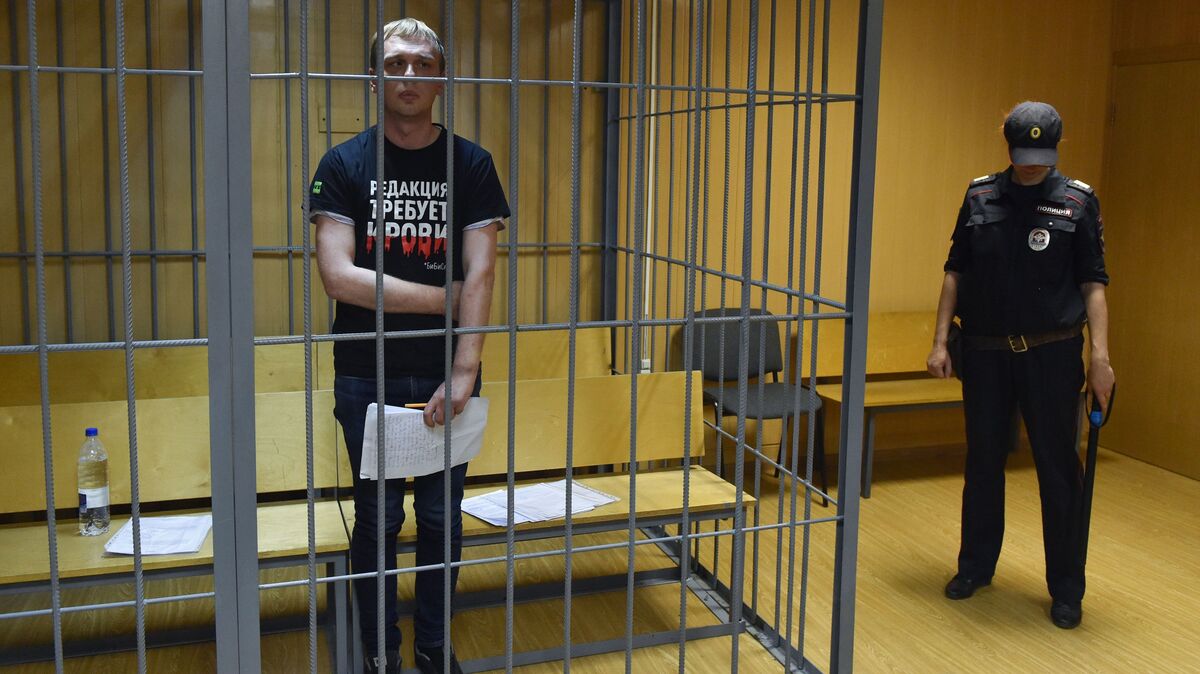 Russian investigative journalist Ivan Golunov was freed days after he was accused of attempting to sell drugs. He's seen here inside the defendants' cage during a court hearing Saturday in Moscow.

Russian investigative journalist Ivan Golunov is now free, after Russia's Internal Affairs Ministry said it would drop drug charges against him. Golunov's release was announced by his employer, Meduza.

Golunov, 36, had been held under house arrest since Saturday, and he had been ordered to serve an additional two months. He was detained Thursday and charged with attempting to sell drugs — triggering a public outcry and accusations that police had fabricated the case against him.

In a surprise move, authorities said Tuesday that there isn't enough evidence to back up the charges against Golunov.

In a statement announcing Golunov's freedom, Meduza's leadership thanked what they called "an unprecedented international solidarity campaign" of journalists and others who are committed to free speech.

"Together, we made the unbelievable happen: we stopped the criminal prosecution of an innocent man. Thank you!" the statement said.

The criminal case against Golunov had several irregularities. During Golunov's detention, reports emerged that police officers had beaten him. And via his employer, Golunov said the "evidence" purportedly gathered from his apartment — including various drugs and weight scales — had actually been planted there.

Explaining the decision to release Golunov, Minister of Internal Affairs Vladimir Kolokoltsev said that he would be freed "for lack of evidence proving his involvement in the crime in question," according to state-run Tass media.

The official announcement also said an internal investigation will be conducted into the police officers who detained the journalist. Those officers have now been suspended from their official duties, Kolokoltsev said.

...it came out 9 minutes before Ivan Golunov was released and all charges against him dropped. Cops who framed him will be investigated. Am I sleeping? Did this really happen? https://t.co/XtdHRwqZJp

While news of Golunov's arrest came as a surprise to many, word of Tuesday's abrupt reversal came as a shock. Another journalist in Moscow, Alexey Kovalev, asked via Twitter, "Cops who framed him will be investigated. Am I sleeping? Did this really happen?"

In addition to that investigation, Kolokoltsev said he will petition Russian President Vladimir Putin to approve the dismissal of two prominent police generals, including the head of the drug control directorate.

Those who spoke out against Golunov's detention included the Committee to Protect Journalists, which noted Russia's "long history of politically motivated allegations against reporters."

Meduza says the work to prevent anyone else from being treated in a similar manner has only just begun. And it announced that its plans for a pro- Golunov rally, which had run into official delays, has now received the official go-ahead. That rally is scheduled for June 16.

As Golunov's former colleague Leonid Bershidsky writes for Bloomberg, Golunov is a well-respected journalist whose work has mostly dealt with exposing corruption in everyday life in Moscow rather than taking on the heads of its power structure. He has reported on landfills, loan sharks and bureaucracies.

But that changed a bit on Thursday, Bershidsky says, when Golunov published a story about Moscow's funeral industry, "which implicated a number of law enforcement officials, including some officers in the FSB secret police, in running a protection racket."

Later that day, Golunov was detained in public and taken back to his apartment, where he was confronted with drug paraphernalia.

His case set off alarm bells in Moscow's journalism circles, Bershidsky writes, including the fear that "anyone could be next in line."