Accessibility links
College Admissions Scandal: John Vandemoer Sentenced In Federal Court John Vandemoer, who pleaded guilty to racketeering conspiracy, was the first to be sentenced in the scandal. Prosecutors had called for a "meaningful" sentence to rebuild faith in the system. 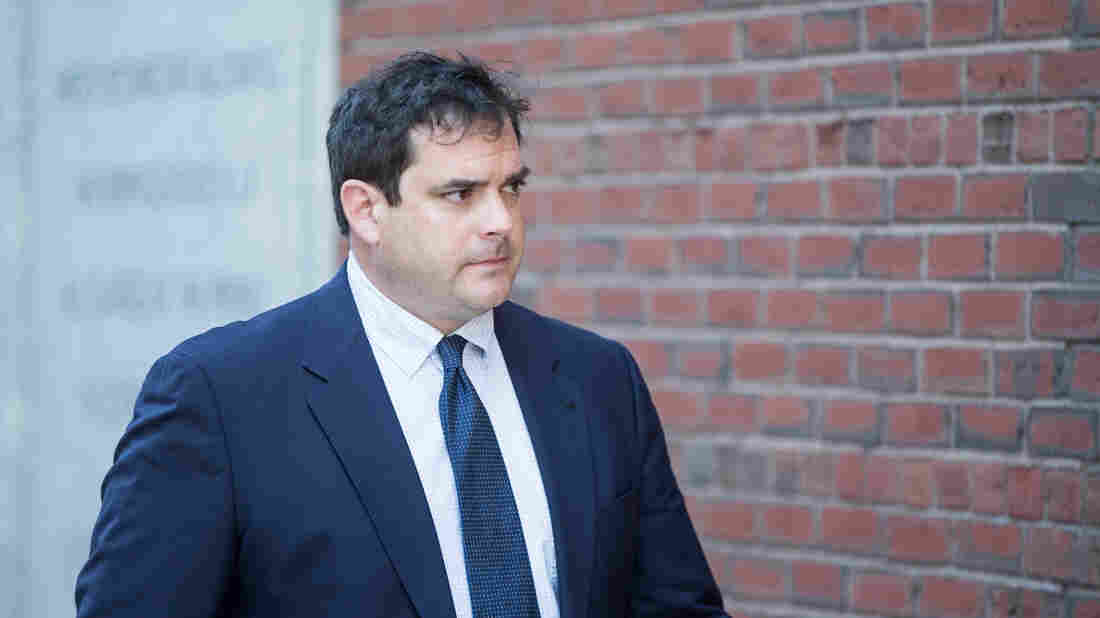 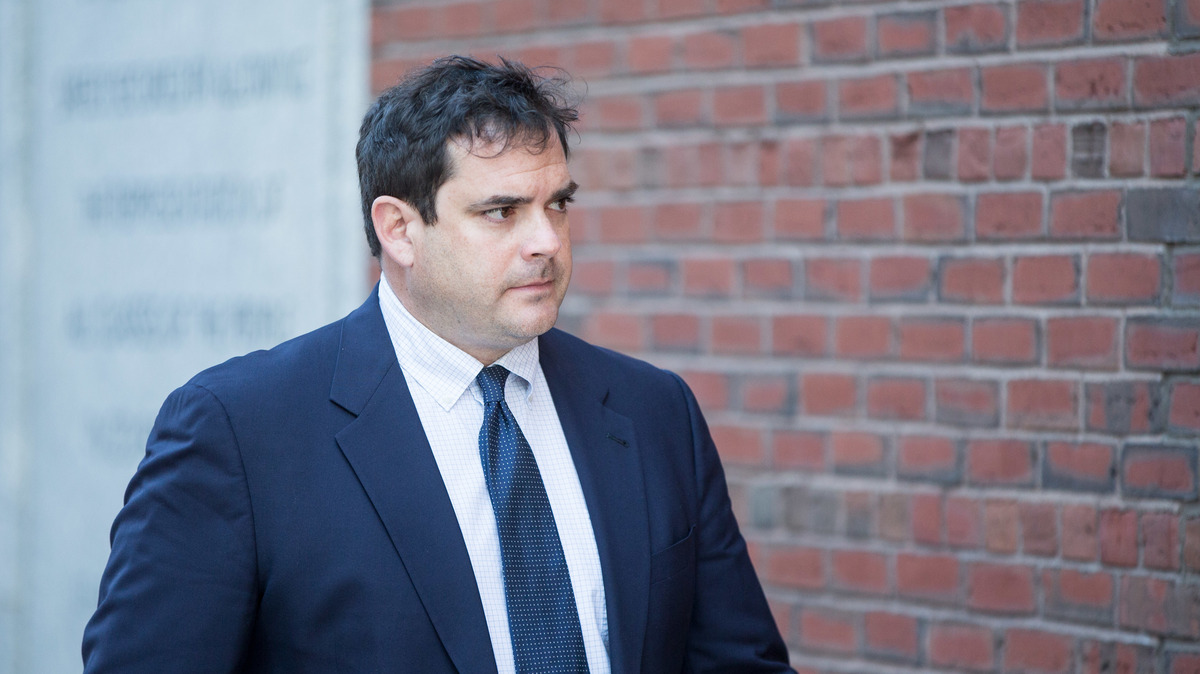 Former Stanford University sailing coach John Vandemoer was sentenced to two years of supervised release, with the first six months in home confinement, and was ordered to pay a $10,000 fine.

At a federal court in Boston on Wednesday, U.S. District Judge Rya Zobel sentenced Vandemoer to one day in prison, which is deemed served. He was also sentenced to two years of supervised release, with the first six months in home confinement, and was ordered to pay a $10,000 fine.

In March, Vandemoer pleaded guilty to a single count of racketeering conspiracy.

This is the first sentence handed down in connection with the scam. Prosecutors had asked for a "meaningful" sentence of 13 months in prison and one year of supervised release to rebuild faith in what they call a "rigged" system.

Vandemoer's lawyers argued that he should be sentenced to probation. "There is simply no way incarceration is necessary to deter Mr. Vandemoer from ever doing this, or anything like this, again," they wrote in a sentencing memorandum.

Vandemoer has admitted that he agreed to take payments to the sailing program of $110,000 and $500,000 in exchange for securing admission for two students. (In an earlier instance, prosecutors say, Vandemoer accepted $500,000 to designate another student as a recruit, but that never happened because of a timing snafu.)

Coaches like Vandemoer were the key to the so-called side door that many students across the nation illicitly slipped through to get into elite colleges. Coaches on the take would use special slots meant for star recruits and instead sell them. Often, that meant admitting students purporting to be champion athletes in sports they never actually played; in some cases, photos were staged or doctored to make the students look like competitors.

Vandemoer "not only deceived and defrauded" Stanford, prosecutors wrote in their sentencing memorandum, "but also validated a national cynicism over college admissions by helping wealthy and unscrupulous applicants enjoy an unjust advantage over those who lack deep pockets or are simply unwilling to cheat to get ahead."

"You will never be able to truly calculate the harm done when people learn that it's a rigged game," said attorney Patrick Cotter, a former federal prosecutor who is not involved in the case. "That's a terrible crime on society. We'll never know how many kids gave up trying to get into good schools saying to themselves: 'I'm not going to make the effort because some rich kid is just going to buy his way in ahead of me. So why bother?' "

"You know if it was put up to a vote, the public would probably send all these people to jail for 20 years," Cotter added.

You will never be able to truly calculate the harm done when people learn that it's a rigged game.

Vandemoer's lawyers, however, sought leniency for the 41-year-old father of a 1-year-old and a 3-year-old. In their sentencing memorandum, defense attorneys described Vandemoer as "fundamentally a decent family man" who "dearly regrets" his "terrible mistake" and has "worked hard to make amends." They also argue he's "perhaps the least culpable" of all 50 defendants engulfed in this scandal because he never pocketed any money for himself — it all went to the sailing team to pay for uniforms, equipment and an assistant coach.

"Vandemoer's intent, while misguided, was to help the sailing program he loved," his lawyers wrote. And besides, they added, no student ever actually got into Stanford because of Vandemoer. Two students opted to go elsewhere, and the third student, who was too late to be recruited, applied and got in through the normal process, but was kicked out this year after Stanford learned that her résumé contained false information.

"Honesty and integrity were more important [to Vandemoer] than victory," wrote one parent.

"He's known as a straight shooter; one who adheres to the rules closely," said an attorney who has worked with Vandemoer in community sailing.

But many across the nation have been outraged as prosecutors revealed the brazen scam that also involved cheating on students' SAT and ACT entrance exams. The government has amassed a mountain of damning evidence, including emails, wiretapped phone conversations and financial records that implicates coaches, parents, middlemen, test proctors and test takers.

The mastermind, Rick Singer, has pleaded guilty to racketeering conspiracy, money laundering conspiracy, conspiracy to defraud the United States and obstruction of justice. That could mean 65 years in prison. But Singer is hoping his sentence will be much lighter because he has been cooperating with the government to build cases against others.

More than a dozen parents have already pleaded guilty, including actress Felicity Huffman, who expressed "deep regret and shame."

Another, New York attorney Gordon Caplan, choked up publicly when he said he was "really sorry to my daughter who I love more than anything in the world, who knew nothing about this" and also to "all the other kids who are in the college admissions process and to all the parents who are helping them and supporting them."

But nearly 20 parents, including actress Lori Loughlin, are fighting the charges. Attorney Martin Weinberg represents two defendants who have pleaded not guilty and says they're looking forward to a trial to prove they did nothing wrong.

"Donations that are made on an everyday basis by parents of students to universities, we contend, were not bribes but were instead donations," Weinberg said.

Meanwhile, Stanford said it wants nothing to do with the money Vandemoer brought in because of the scheme, no matter what anyone calls it. The school said it considers the money tainted and is planning to redirect it "for the public good." The school did not weigh in on Vandemoer's sentencing.