Accessibility links
St. Louis Blues Win Stanley Cup Over Boston Bruins In 7 Games The Blues were a last place team in January. Now they are NHL champions for the first time in their franchise history. 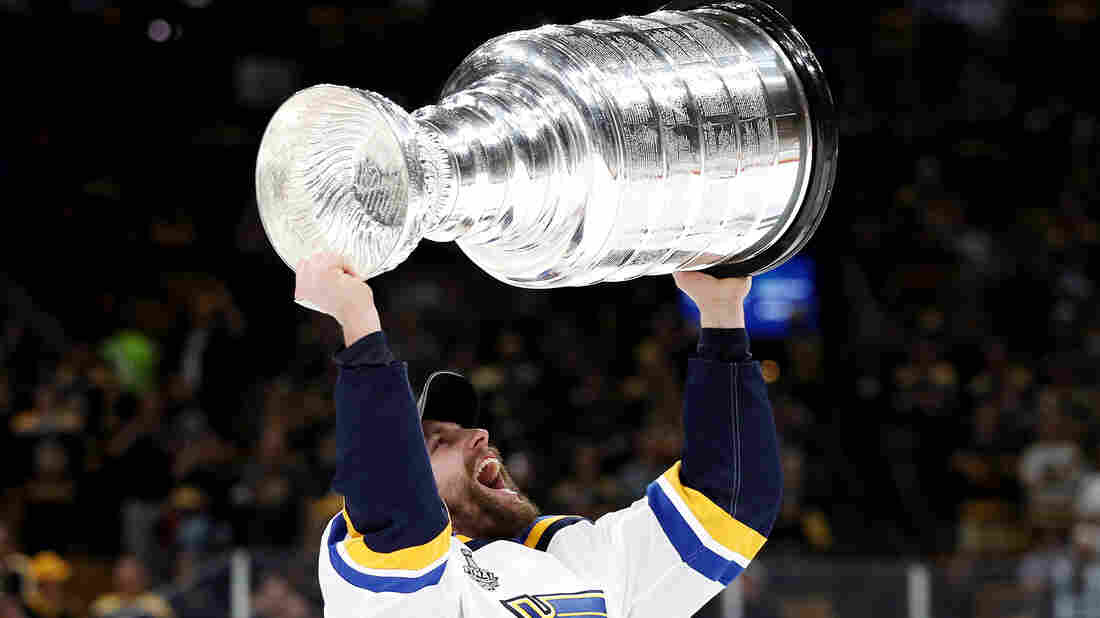 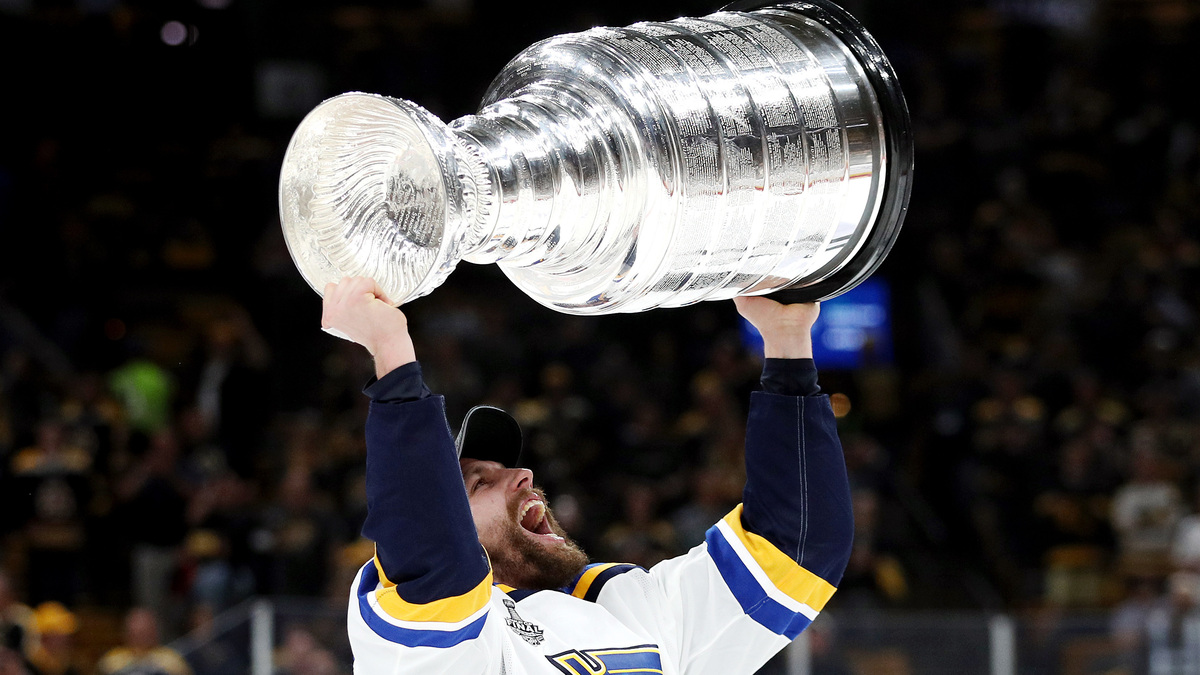 The St. Louis Blues beat the Boston Bruins 4-1 in Boston to claim their first Stanley Cup championship in franchise history.

The Blues scored twice in the first period despite being outplayed for much of that time. Boston outshot St. Louis 12-4 in the first period, but the Bruins were unable to get one past Blues rookie goaltender Jordan Binnington. He ended game with 32 saves.

The Blues, seemingly energized by Binnington's defense, struck late in the first period, first with a Ryan O'Reilly deflection and then another goal by Alex Pietrangelo.

Both teams went scoreless in the second period.

The Blues added to their lead by scoring again with 8:35 left in the third period with a goal by Brayden Schenn.

The Bruins did not get on the board until there was only 2:10 left in the game when Matt Grzelcyk scored.

O'Reilly was named Most Valuable Player of the playoffs. 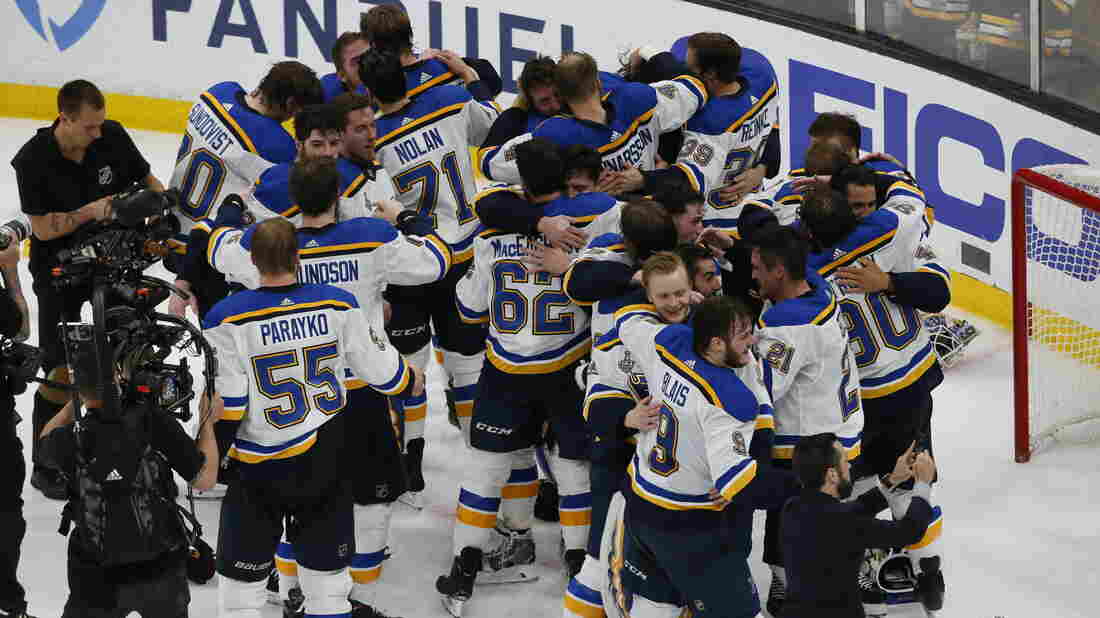 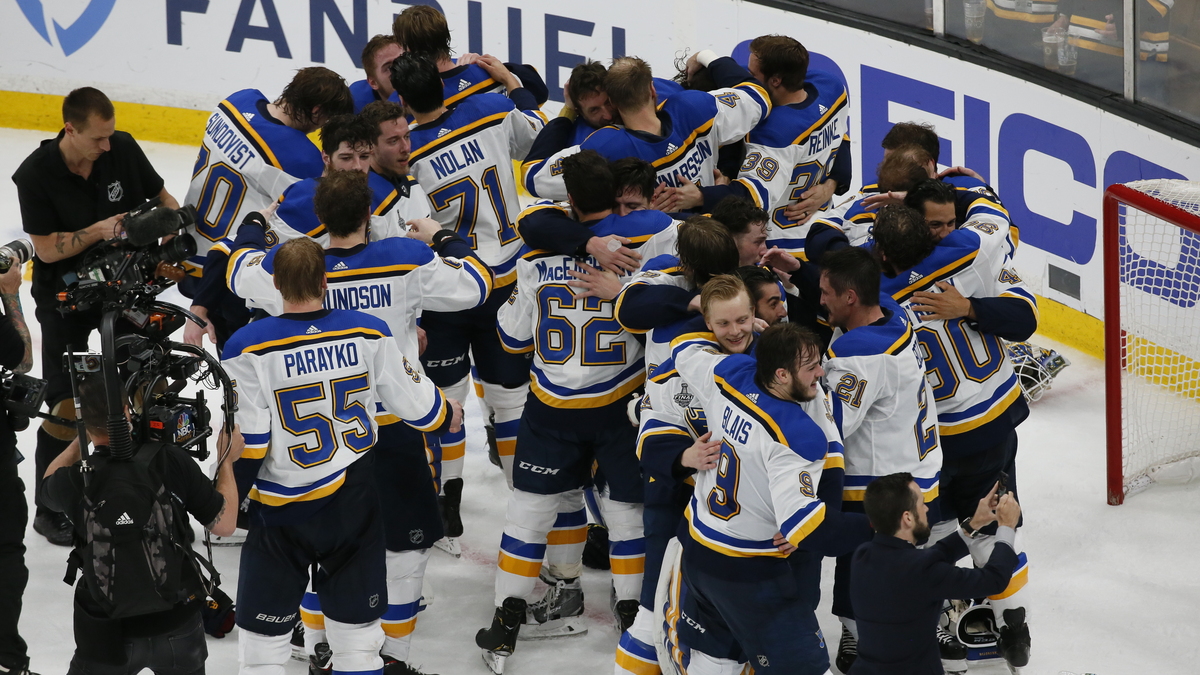 The buildup was epic

In retrospect, we all probably should have seen it coming that the series would go to the full seven games.

After a tumultuous NHL postseason, one that saw all four No. 1 seeds fall in the first round — including the defending Stanley Cup champion and a history-making regular season juggernaut — maybe it was obvious that the Stanley Cup Final would need all seven games. Neither the St. Louis Blues nor the Boston Bruins, the sides still standing at the end of this battle royal, were about to go down easily.

And what a slobberknocker it was.

The Bruins entered the series as the favorite, a seasonlong member of the Eastern Conference elite with a veteran core that won the cup so recently, the feel of its cold silver alloy likely still lingers in sense memory. The Blues, on the other hand, came in as the storybook darlings — a team that was dead last in the NHL just months ago and now has a shot at seizing its first Stanley Cup in the franchise's 52-year history.

By the way, the last time the Blues were in the final, nearly half a century ago, they were also playing the Bruins — and got posterized by that Bobby Orr goal. You know the one.

But if there was disparity in the franchises' paths to the Stanley Cup Final, there was little to be found in their play on the ice. They traded heavy body blows, neither team managing to open more than a one-game lead, and the momentum of the series swung back and forth with them. 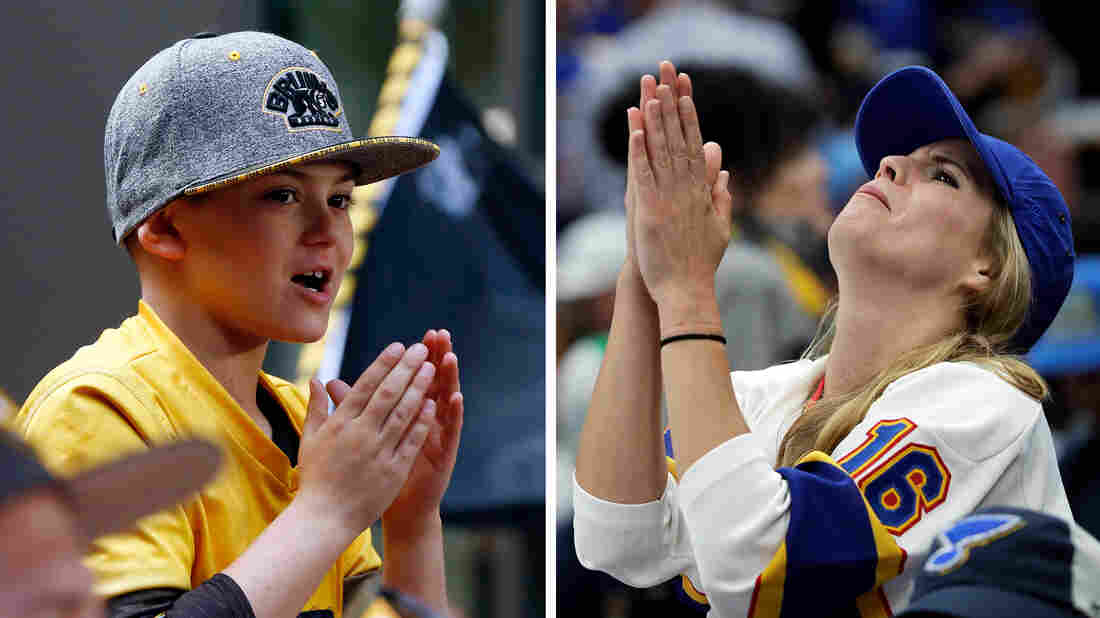 Praying for a win? A young Boston Bruins fan (left) awaits the start of action in Game 1 of the Stanley Cup Final between the Bruins and the St. Louis Blues in Boston, while this Blues fan grits it out during Game 6 in St. Louis. Michael Dwyer/AP; Jeff Roberson/AP hide caption 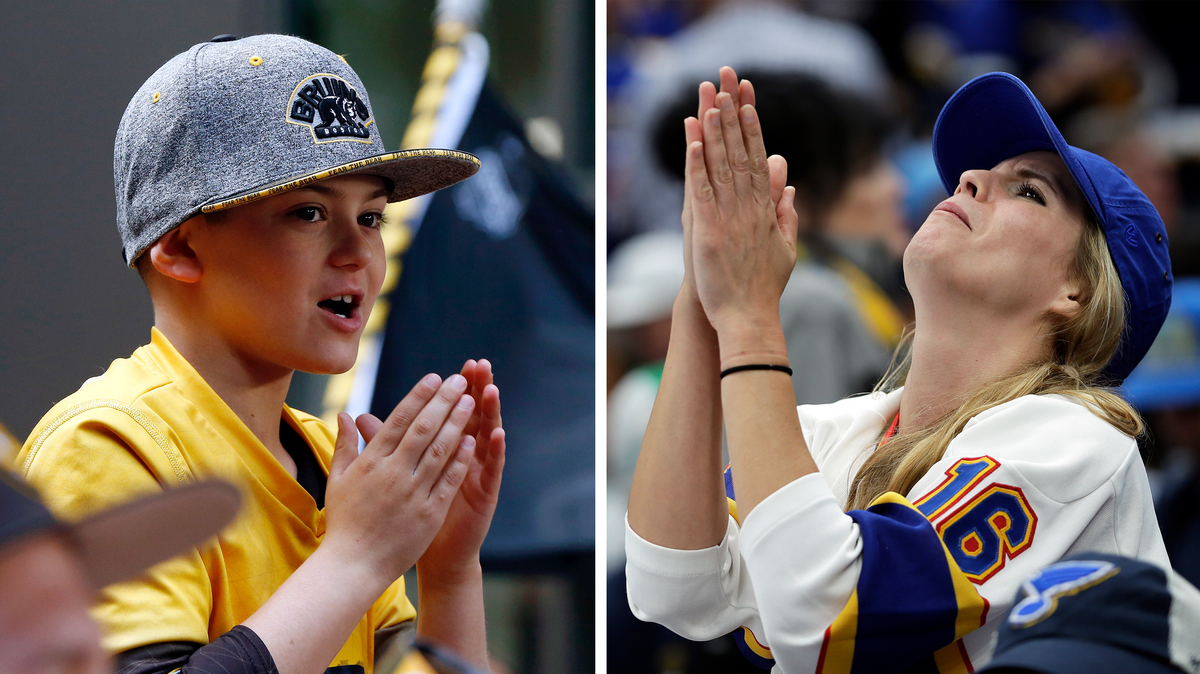 Praying for a win? A young Boston Bruins fan (left) awaits the start of action in Game 1 of the Stanley Cup Final between the Bruins and the St. Louis Blues in Boston, while this Blues fan grits it out during Game 6 in St. Louis.

You'd be forgiven, for instance, for having figured the Bruins had it in the bag after their Game 3 drubbing of the Blues. And after a clutch Game 5 win gave the Blues a chance to clinch the cup on home ice, few expected them to follow it with such a breathtaking dud.

Both goalies, the Blues' rookie netminder Jordan Binnington and the Bruins' Tuukka Rask, rode hot hands into the final, but they too have been fairly up and down — especially Binnington, who played like two different players at times. He alternated stinkers — including getting benched for the first time in his young career, in Game 3 — with some moments of eye-popping dominance.

As these things are wont to go, the play also got rather chippy.

The Fine Art Of Stopping A Flying Puck

The Lingering Outrage Of The Blues-Bruins 1970 NHL Finals

The Bruins' 42-year-old captain, Zdeno Chara, reportedly broke his jaw when he took a point-blank shot to the mouth in Game 4, only to make it back out on the ice three days later for Game 5, new protective face mask and all. Later that game, deep into the third period, the Blues scored the game-winning goal moments after a controversial noncall by the referees — which the St. Louis Post-Dispatch, in a magnificent bit of trolling, was only too happy to allude to in its headline: "What a trip!"

In fact, that little phrase is a pretty fitting summary of a postseason that had as many twists as the tape on a hockey stick — and an up-and-down final that just about lived up to the chaos that came before it. What a long, strange trip it was.