Accessibility links
The Planet Money Workout : Planet Money Gyms don't want you to workout. Or at least, not often. It's better for business that way. Economics explains why. 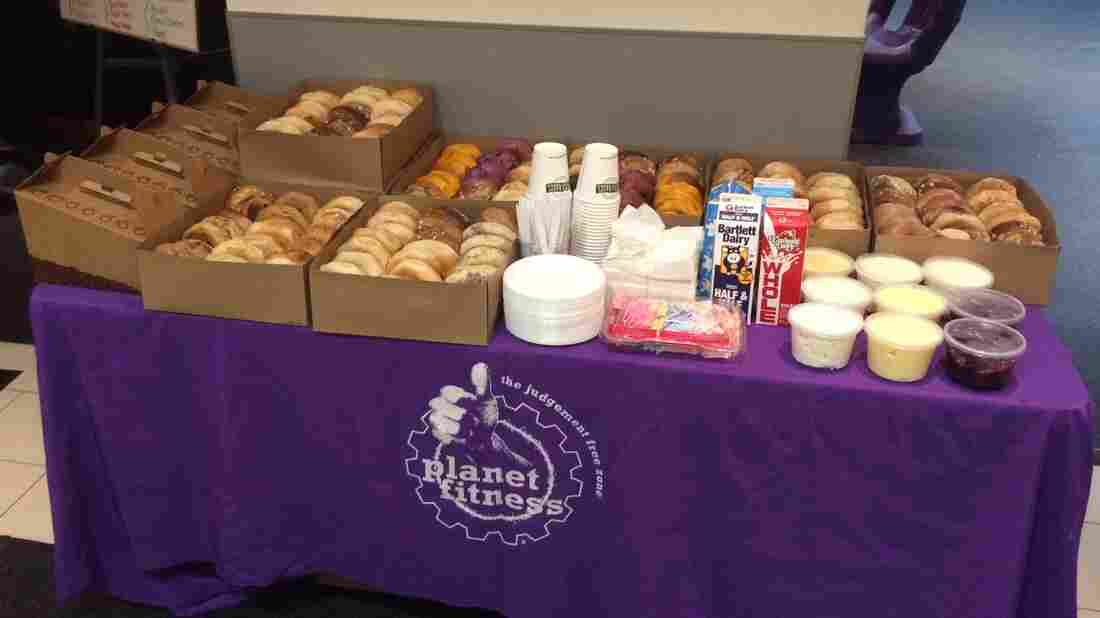 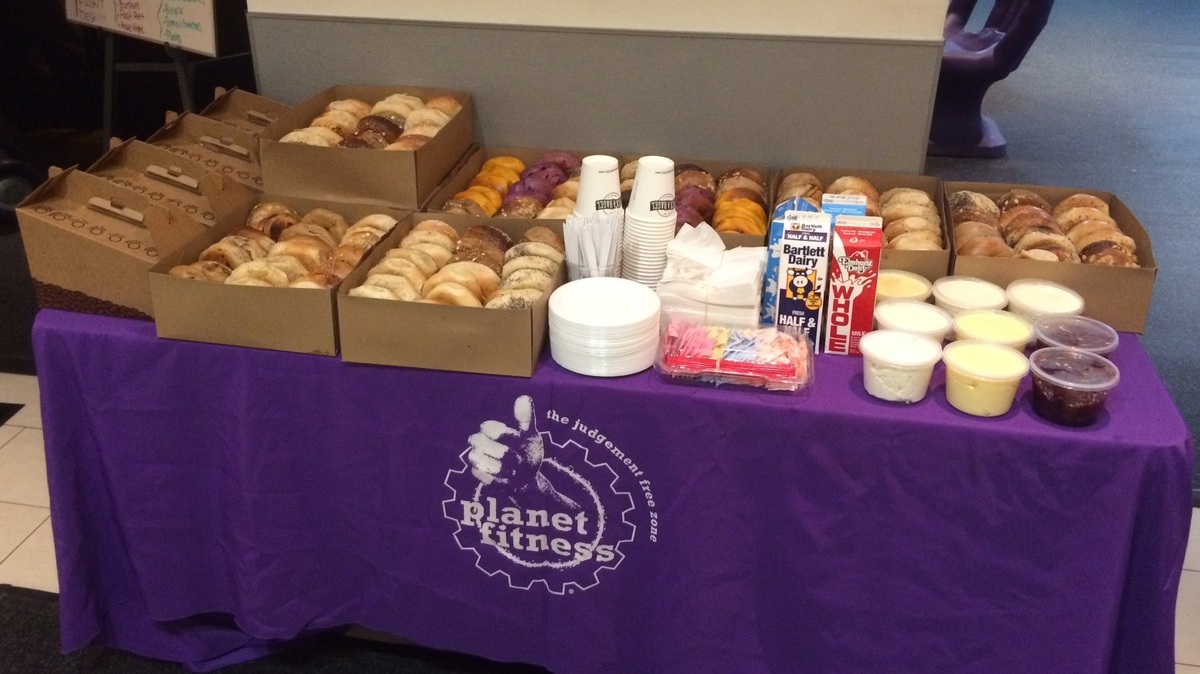 Planet Fitness's bagel breakfast is the second Tuesday of every month.

This episode originally ran in 2014.

Your New Year's Resolution was to workout three days a week. It's halfway through the year and you've only been to the gym three times, total. Don't worry. Gyms like it this way. They're one of a few businesses that actually benefit from low attendance.

A mix of consumer psychology, architectural design, economics, and tons of free food (Pizza Night, anyone?) explains how gyms purposefully attract the right kind of customer: Someone who will get excited enough to buy a new membership, but not so excited that they actually workout all that often.