Accessibility links
Justice Dept. Cites Executive Privilege In Shielding Census Documents As Congress was holding a hearing on contempt for two Cabinet secretaries, the Justice Department said that it would not surrender materials sought by oversight committee Chairman Elijah Cummings. 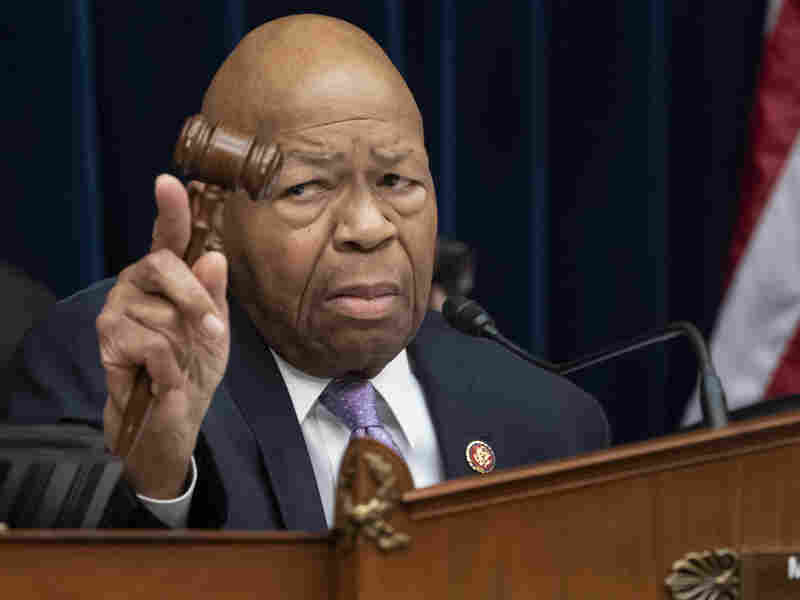 Oversight committee Chairman Elijah Cummings can now, with the assent of the House leadership, file suit and ask a judge to order William Barr and Wilbur Ross to provide the census materials he wants. J. Scott Applewhite/AP hide caption 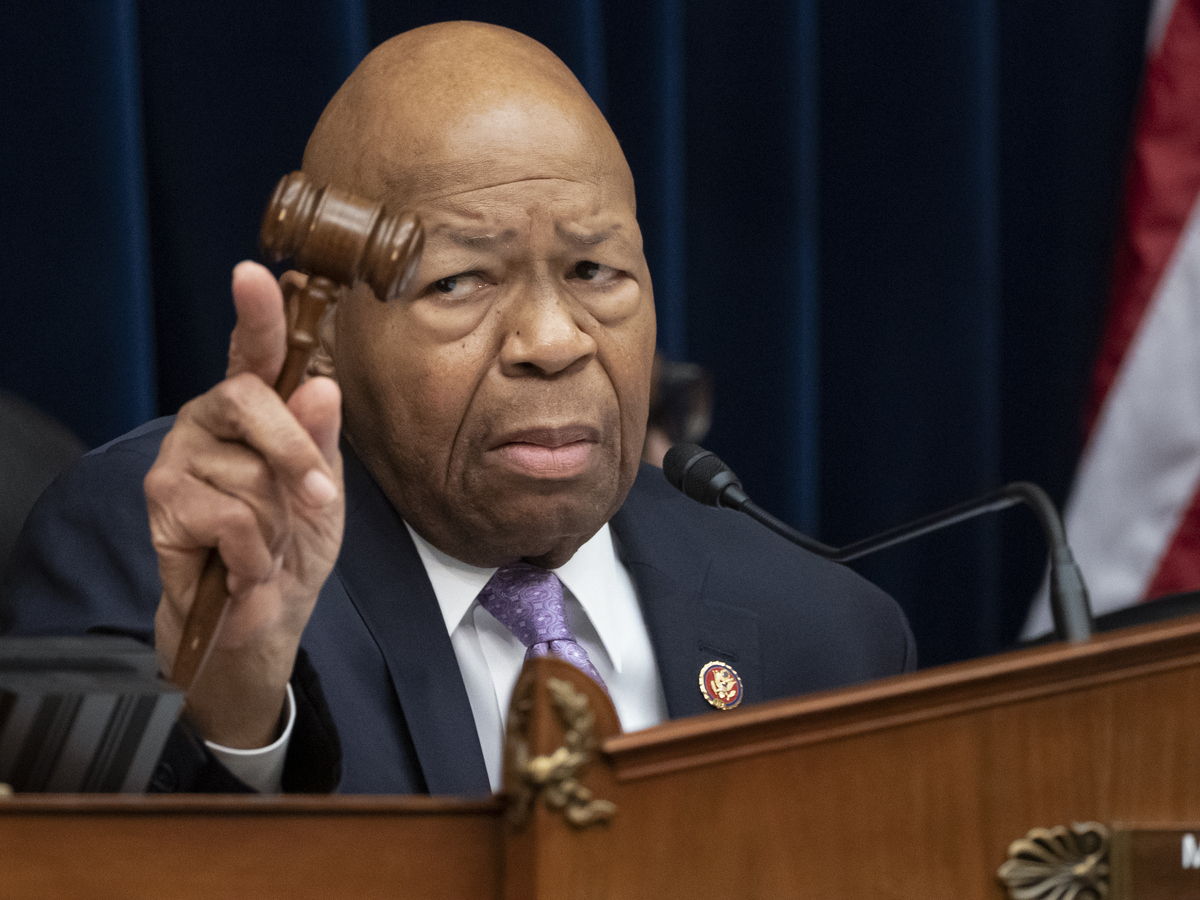 Oversight committee Chairman Elijah Cummings can now, with the assent of the House leadership, file suit and ask a judge to order William Barr and Wilbur Ross to provide the census materials he wants.

The separation-of-powers standoff between Congress and the executive branch deepened on Wednesday over a dispute about access to materials involving the controversial citizenship question planned for the 2020 census.

The Justice Department notified the House oversight committee that it's withholding documents sought by the panel's chairman because it says they're shielded by executive privilege — the doctrine that permits an administration to conceal some of its internal workings.

The letter from Assistant Attorney General Stephen Boyd arrived electronically at the Capitol at the same time Chairman Elijah Cummings, D-Md., had convened a hearing at which the committee debated whether to find Attorney General William Barr and Commerce Secretary Wilbur Ross in contempt of Congress.

After a day's worth of discussion and amendments, it did, voting 24 to 15 by the late afternoon on contempt for the Cabinet officials.

Rep. Justin Amash, R-Mich., who has lately stepped up his criticism of Trump, broke with Republicans to support the measure.

The dispute over documents

Boyd's letter blamed Cummings for the administration's invocation of privilege.

The Justice Department has already provided tens of thousands of documents and access to witnesses but nothing is ever enough, officials say — and Democrats' threats of contempt meant these talks can't continue.

"The committee's attempt to define the Department of Justice's good-faith cooperation as 'contempt' defies logic," she said. "Today's action by Chairman Cummings and his committee undermines Congress's credibility with the American people."

The Justice Department has provided Congress with tens of thousands of documents and access to witnesses on the census matter, Kupec said, over months of prior negotiations.

Cummings and the Democrats blame Barr, Ross and the administration for what they've called an effort to "stonewall" their investigation.

Critics argue that Trump's administration wants to use a question about citizenship on the 2020 census to suppress some responses, including those of Latinos, and Democrats say they want unredacted communications to see how the question was discussed inside the government.

"The census is critical to our democracy and our constituents," Cummings said. "We must protect the integrity of the Census, and we must stand up for Congress' authority under the Constitution to conduct meaningful oversight.

The action in the committee on Wednesday followed a vote by the full House on Tuesday authorizing chairmen such as Cummings to file civil contempt lawsuits in order to try to obtain testimony or evidence.

That's what may happen now following the oversight committee session on Wednesday: Cummings, with the assent of the House leadership, could file suit and ask a judge to order Barr and Ross to provide the census materials he wants.

Republicans have criticized Democrats' litigation strategy as a waste of taxpayer dollars given the court costs involved and also as a dangerous road for the House. If members of Congress file suit but lose, Republicans warn, they could harm the oversight powers of the House over the long term.