Accessibility links
Chuck Berry, Tupac And More: Taking Stock Of The 2008 Universal Fire The loss from the 2008 Universal Studios backlot fire was thought to be a few movie sets and film duplicates. But Jody Rosen reports that it was one of the largest losses in recorded music's history. 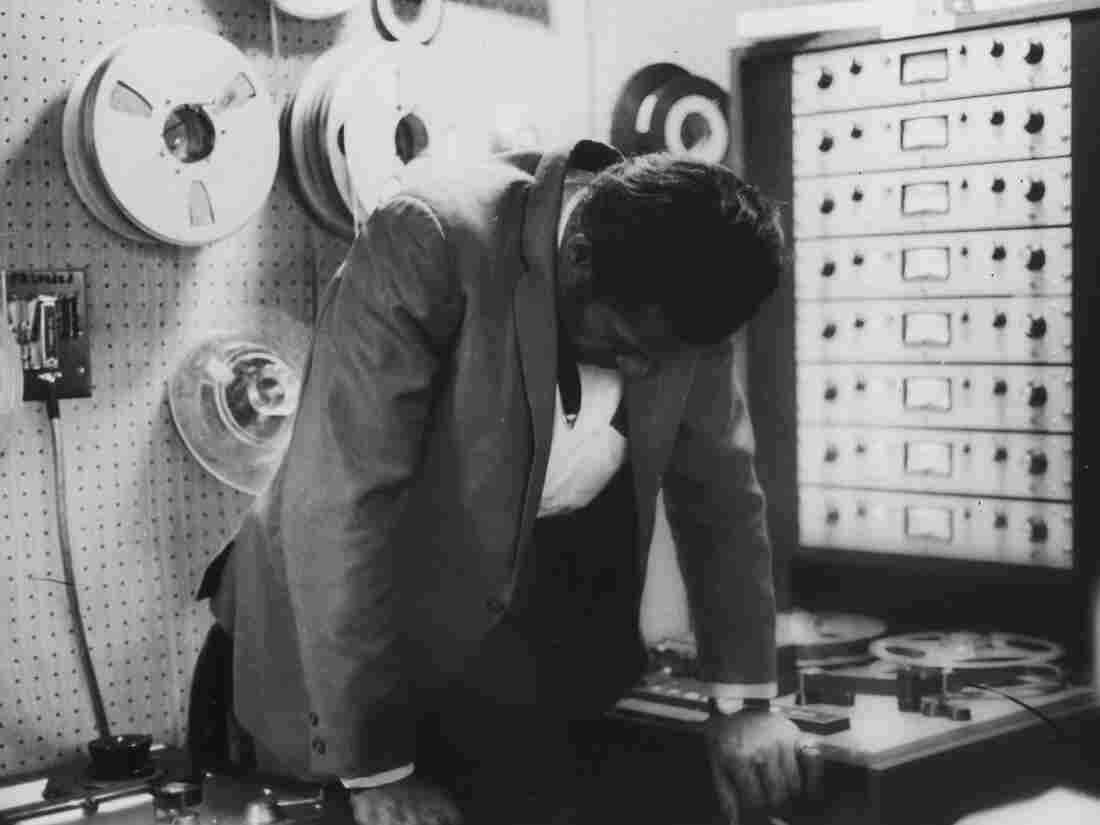 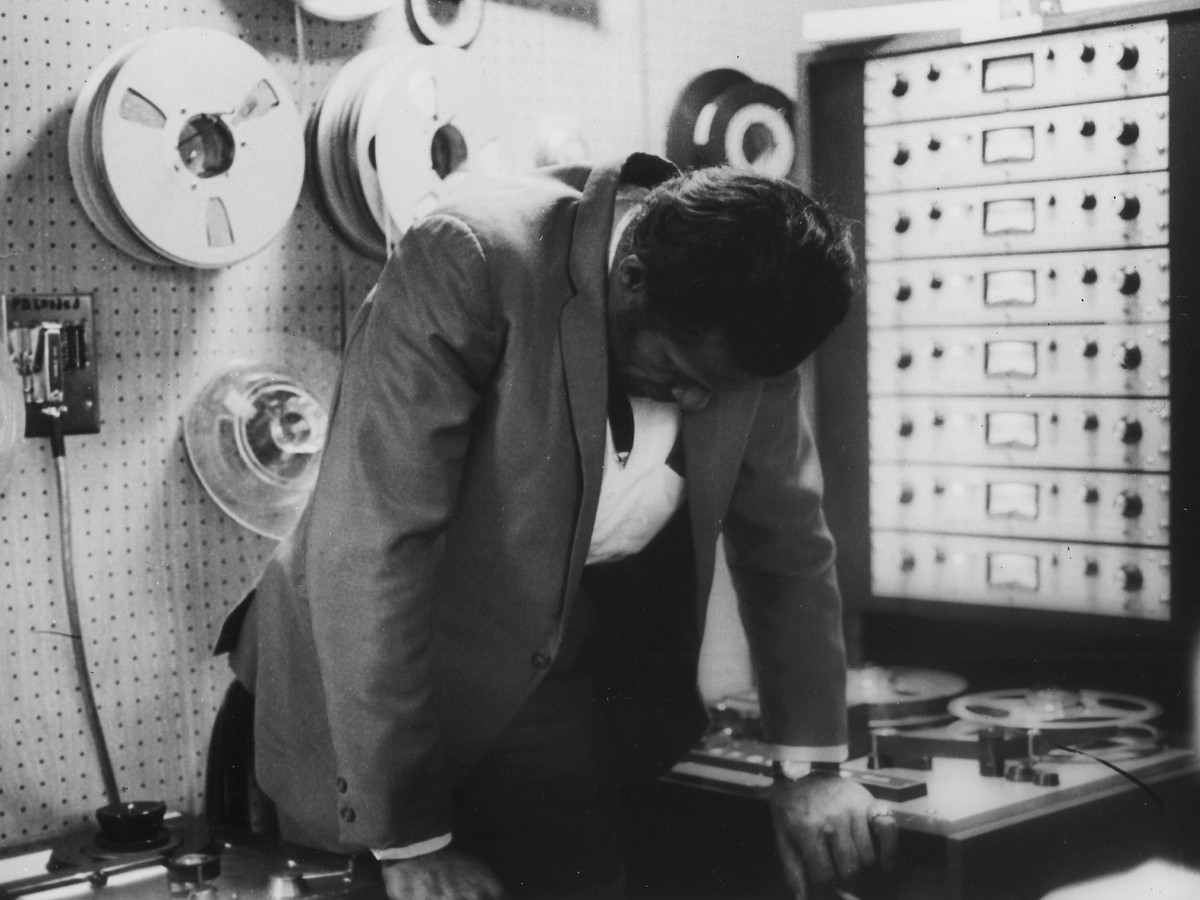 Chuck Berry in the Chess Records recording studio. The New York Times reports that originals of Berry's Chess catalog were burned in the 2008 Universal fire.

In 2008, fire swept through a Universal Studios Hollywood backlot. The loss was thought to be a few movie sets and film duplicates. But earlier this week, The New York Times published a report revealing that the 2008 fire burned hundreds of thousands of master recordings of genre-spanning, legendary music from the late 1940s to the early '80s as well as digital formats and hard drives from the late '80s up through the early 2000s. 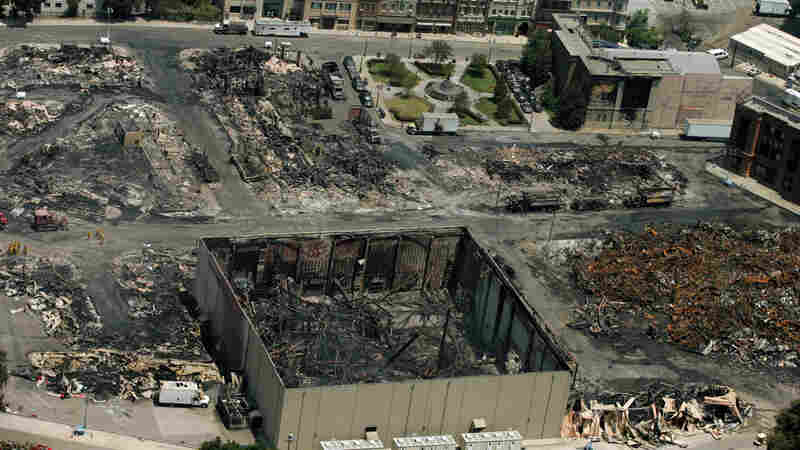 An aerial view of part of the Universal Studios backlot where a fire broke out on June 1, 2008, and burned out sites on 3 1/2 acres of the 391-acre property. Gary Friedman/LA Times via Getty Images hide caption 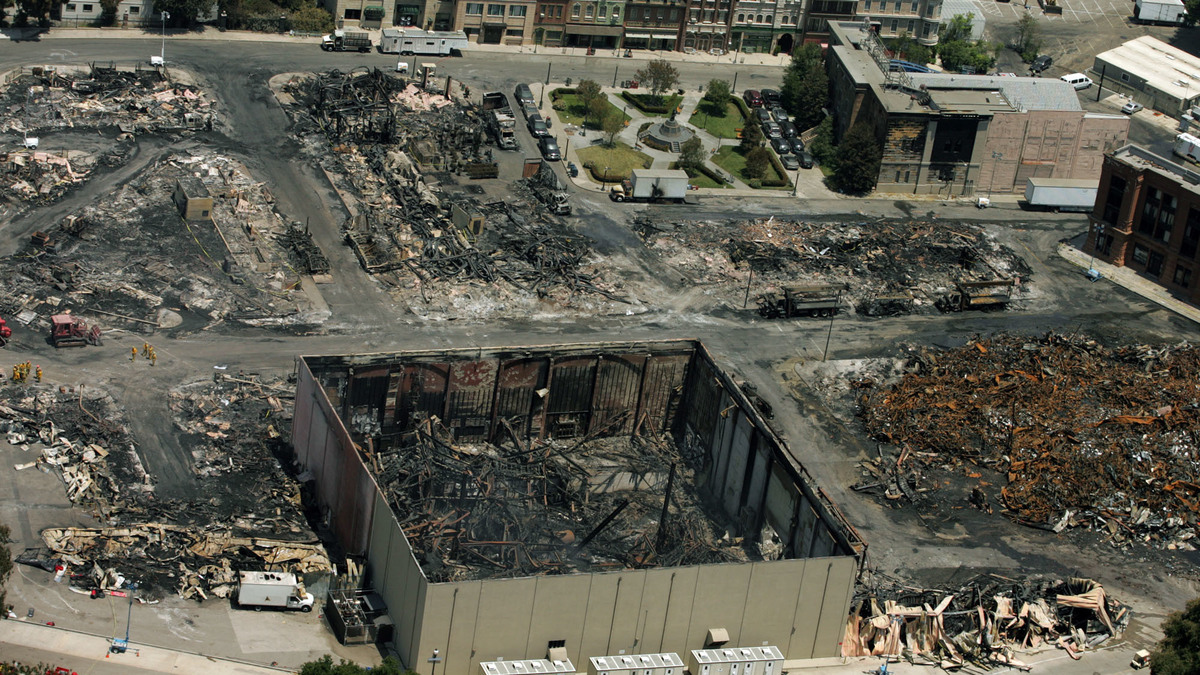 An aerial view of part of the Universal Studios backlot where a fire broke out on June 1, 2008, and burned out sites on 3 1/2 acres of the 391-acre property.

Reporter Jody Rosen has been investigating the loss for The New York Times and in his report, calls this fire "the biggest disaster in the history of the music business." In taking stock of the fire's damage, Rosen notes that it wasn't just original music that burned up.

"There were many, many what are called flat masters — that is the master tape of an album that was put out commercially," Rosen explains. "There were also, yes, a number of session tapes of various sorts — unreleased material, outtakes, maybe even studio chatter from various recording sessions that were here. There were demos in the vault and there were various types of master recordings."

In his report, Rosen likens a master recording to that of an original painting and says that more than the monetary value, the damage to our shared cultural heritage is the great tragedy of the situation. For example, Rosen says the hallowed Chicago blues label Chess Records, home of greats like Chuck Berry, lost virtually all of its master recordings.

"Now that we don't have that master, you know," Rosen says of Berry's lost tapes, "subsequent versions will have inferior quality sound because we won't be able to go back to the true masters."

Universal Music Group has issued an official response to the report, writing, in part:

Music preservation is of the highest priority for us and we are proud of our track record. While there are constraints preventing us from publicly addressing some of the details of the fire that occurred at NBCUniversal Studios facility more than a decade ago, the incident — while deeply unfortunate — never affected the availability of the commercially released music nor impacted artists' compensation.

Rosen thinks that UMG likely covered up this momentous loss of this fire for 11 years out of embarrassment.

"It's not something you wanted to toot your horn about," Rosen says. "I think they were especially concerned about the reaction of artists. I think a lot of artists would have felt betrayed, upset by the idea that this material that they prized was not properly cared for. It's not good for even a record company as powerful as Universal Music Group, which is the world's largest record company and today which owns more than 50% market share. But still, they don't want famous musicians mad at them and talking about it in the press."

So far, musicians like Questlove of The Roots and Krist Novoselic of Nirvana have already reacted to the report. Questlove shared the article on Twitter with the precursor: "For everyone asking why Do You Want More & Illdelph Halflife wont get reissue treatment" while Novoselic told a fan he thinks the masters to Nevermind are "gone forever." R.E.M.'s official Twitter account issued a statement to fans, writing, "We are trying to get good information to find out what happened and the effect on the band's music, if any. We will detail further as and when."

As he was researching his article, Rosen went down a rabbit hole of music discovery, he says. He would latch on to music from lesser-known artists, subgenres and labels that was lost in the fire. "That's the stuff that I really mourn because those things are true endangered species," he says.