Accessibility links
6 People Detained In Plot To Kill Ex-Red Sox Star David Ortiz Dominican Republic authorities say security video footage indicates a plot to kill the popular retired slugger. Ortiz is reported to be recuperating in a Boston hospital where he was flown. 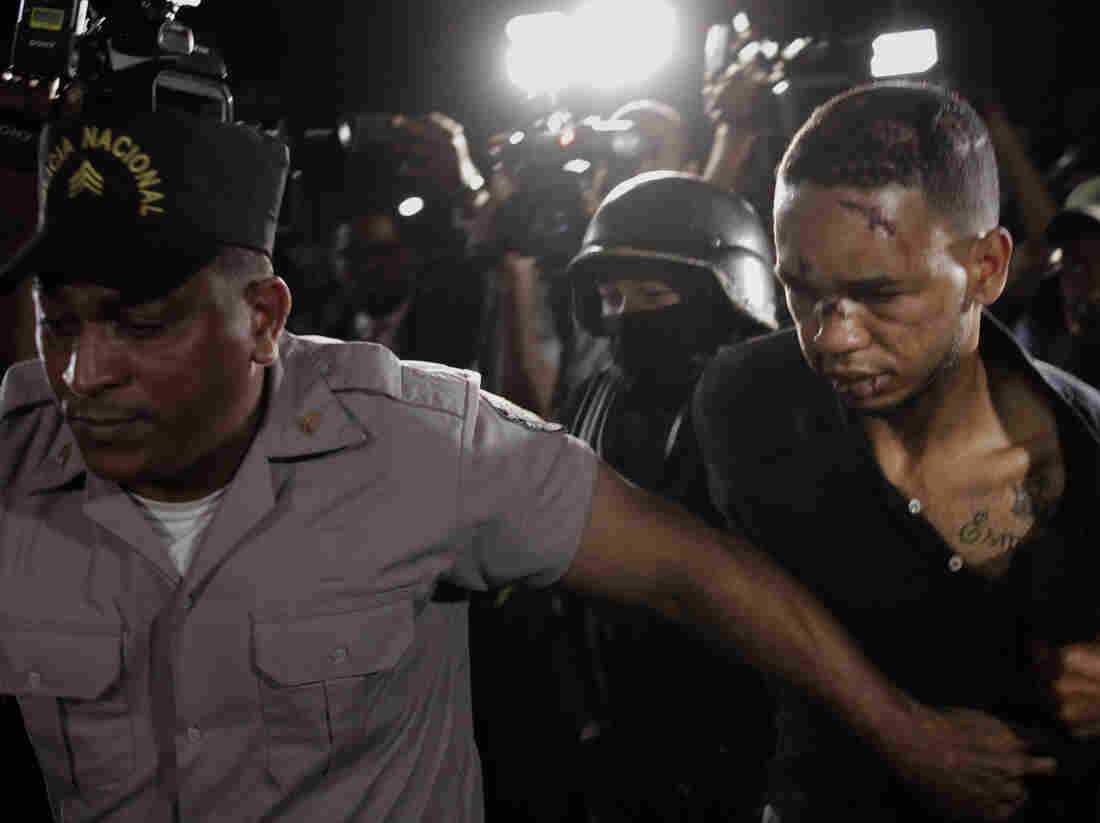 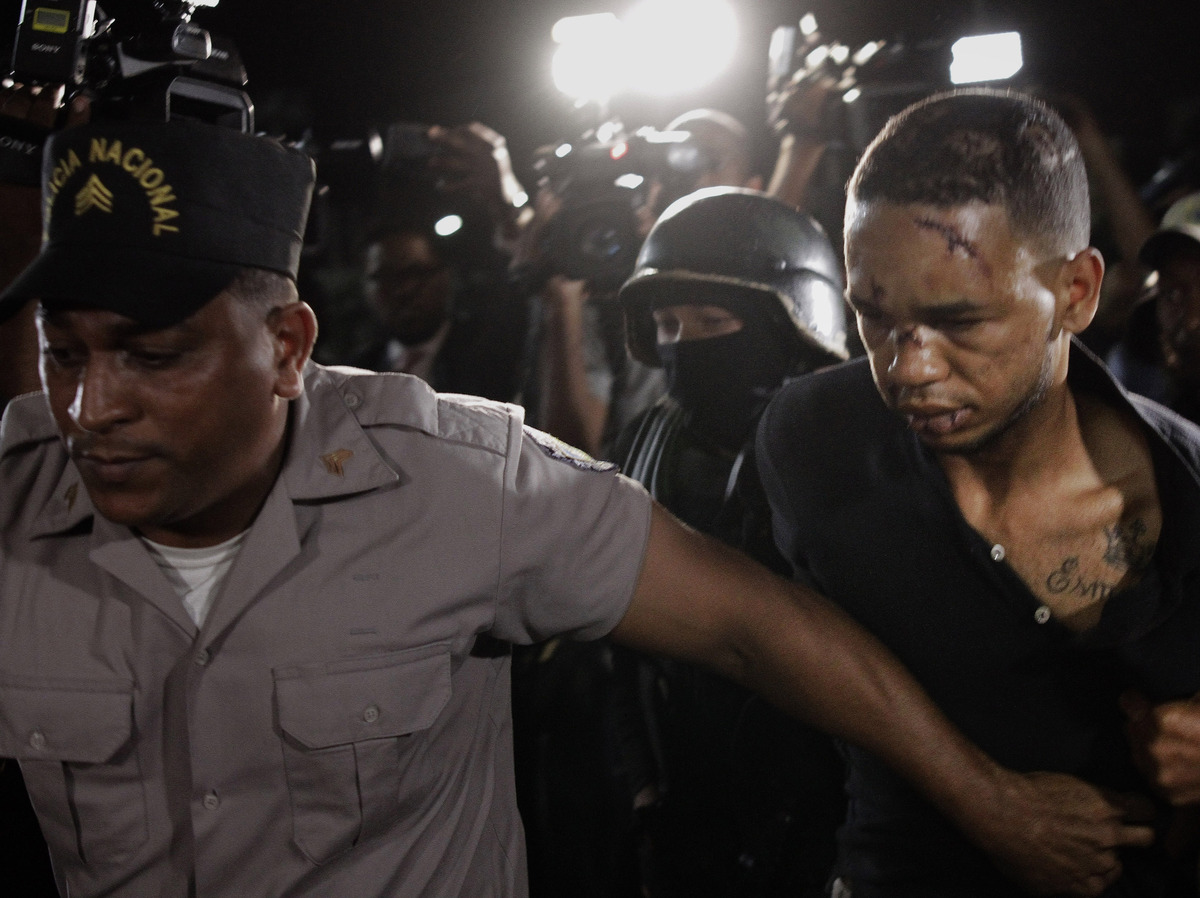 Authorities in the Dominican Republic say they have detained six suspects, including the alleged gunman, in the shooting of former Boston Red Sox slugger David Ortiz.

Four other suspects are still at large, according to the Dominican Republic's chief prosecutor, Jean Alain Rodríguez.

The alleged assailants had been paid 400,000 Dominican pesos, or just under $8,000, to kill Ortiz, according to Police Maj. Gen. Ney Aldrin Bautista Almonte. Neither he nor Rodríguez has offered a motive for the attack on the popular ex-baseball star.

Ortiz was shot in the back at close range on Sunday while sitting at an outdoor bar in Santo Domingo, the Caribbean nation's capital city.

The alleged gunman was identified as Rolfy Ferreyra, aka Sandy, according to authorities cited by The Associated Press.

Security camera footage outside the bar before the shooting shows two men on a motorcycle talking with other people in two different Hyundai cars. One of the men on the motorcycle has been identified as 25-year-old Eddy Vladimir Feliz Garcia, who is accused of driving the alleged gunman to the scene of the shooting.

According to court documents obtained by the AP, Feliz Garcia botched the getaway by losing control of his motorcycle. He was beaten bloody by enraged fans of Ortiz before they turned him over to the police.

In a statement, Ortiz's wife, Tiffany, said the former star is slowly recovering in the intensive care unit at Massachusetts General Hospital, where he was flown after surgery in the Dominican Republic.

"Yesterday and this morning, David was able to sit up as well as take some steps," she said. "His condition is guarded and he will remain in the ICU for the coming days, but he is making good progress towards recovery."