Accessibility links
Trump: 'I Think I'd Take' Dirt On 2020 Rival From Foreign Government President Trump dismissed such outreach as "oppo research" and contradicted his own FBI director, saying he would "maybe" notify the bureau — "if I thought there was something wrong." 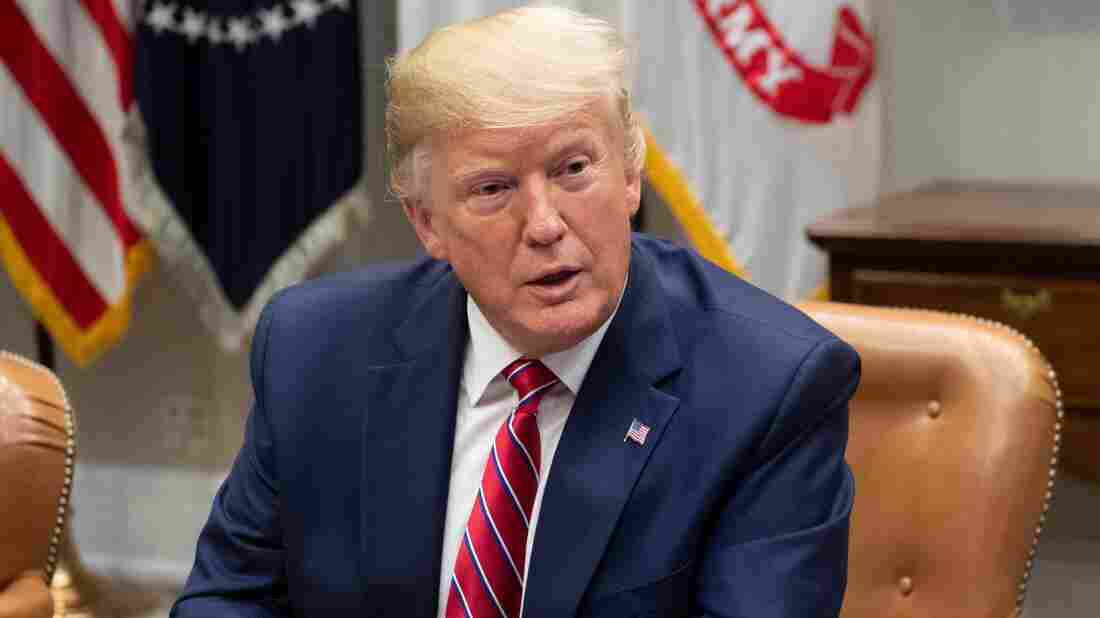 President Trump, pictured in the Roosevelt Room of the White House on June 12, spoke with ABC News about whether he would accept damaging information about a 2020 rival from another government. Saul Loeb/AFP/Getty Images hide caption 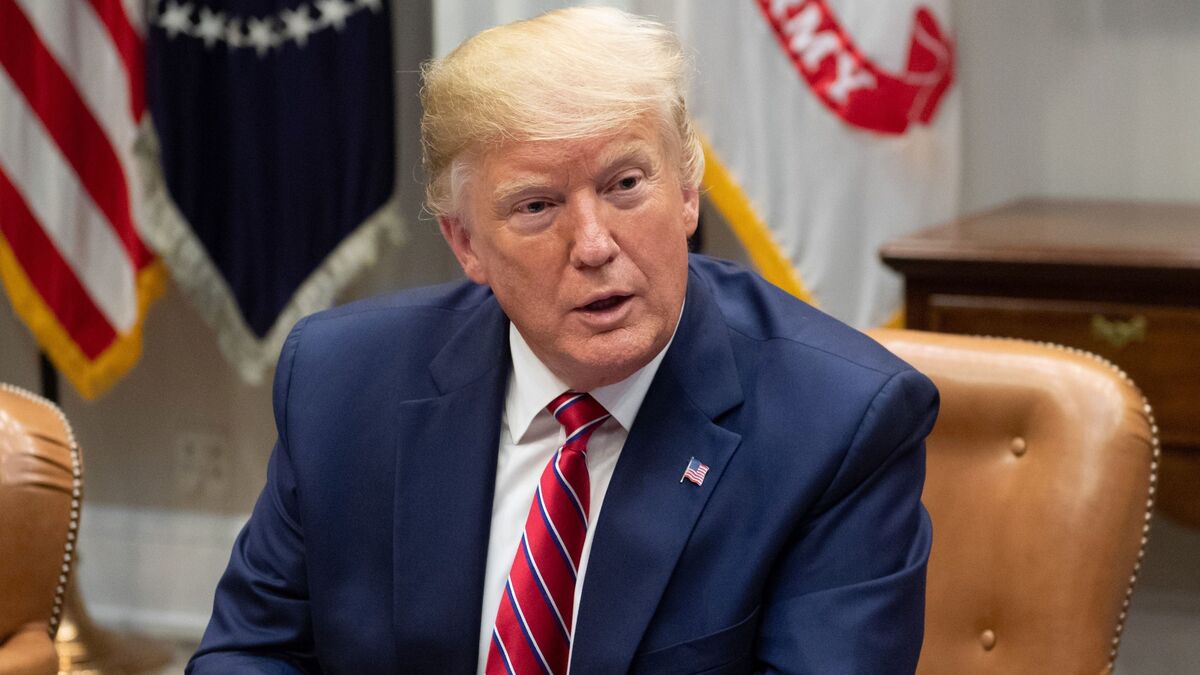 President Trump, pictured in the Roosevelt Room of the White House on June 12, spoke with ABC News about whether he would accept damaging information about a 2020 rival from another government.

President Trump says he might accept dirt from another country on his potential Democratic rivals if offered, raising new questions and concerns about foreign influence on American elections.

Trump made the comments in an Oval Office interview with ABC News' George Stephanopoulos, after being pressed about the Trump Tower meeting in June 2016 with Russians and Trump officials. Ahead of that meeting, which former special counsel Robert Mueller probed, the Trump campaign was offered damaging information on Trump's opponent, Hillary Clinton.

EXCLUSIVE: Pres. Trump tells @GStephanopoulos he wouldn't necessarily alert the FBI if approached by foreign figures with information on his 2020 opponent: "It’s not an interference. They have information. I think I’d take it." https://t.co/yWRxMOaFqW pic.twitter.com/qwLw53s5yc

In the ABC interview, the president claimed information offered by a foreign government is the equivalent to "oppo research" that's traditional in American political campaigns. However, such information does not typically come from foreign powers that may be seeking to impact the election results and sow discord — as Russia did in 2016. Trump's own handpicked FBI Director Christopher Wray has said the FBI should be informed of such gestures.

"I'll tell you what, I've seen a lot of things over my life. I don't think in my whole life I've ever called the FBI. In my whole life. You don't call the FBI. You throw somebody out of your office, you do whatever you do," Trump said. "Oh, give me a break — life doesn't work that way."

Trump also said he might both accept the information and call the FBI. But the president was clear he disagreed with comments Wray made to Congress just last month that "if any public official or member of any campaign is contacted by any nation state or anybody acting on behalf of a nation state about influencing or interfering with our election, then that is something the FBI would want to know about it."

"The FBI director is wrong, because frankly it doesn't happen like that in life," Trump said. "Now maybe it will start happening, maybe today you'd think differently."

On Wednesday, Donald Trump Jr. returned for a second interview before the Senate Intelligence Committee about the 2016 meeting that he and members of the Trump campaign, including White House adviser and Trump son-in-law Jared Kushner, attended. Lawmakers subpoenaed Trump Jr. because of discrepancies between his testimony and that of other witnesses in the Russia investigation. Trump Jr. said afterward that there was no need to amend his previous testimony.

Trump advisers have defended the meeting. Asked whether he would call the FBI if the situation repeated itself, Kushner told Axios earlier this month: "I don't know. It's hard to do hypotheticals, but the reality is is that we were not given anything that was salacious." Trump's personal lawyer Rudy Giuliani told CNN in April that "there's nothing wrong with taking information from Russians."

After Trump's comments Wednesday evening, former CIA Director John Brennan — a frequent Trump critic the president has often bashed — tweeted that this was simply more evidence that the president is "an existential threat" to the U.S., as Biden has alleged during his campaign for the Democratic nomination.

This is just the latest example of what Vice President Biden meant when he said that Mr. Trump is an existential threat to our country. “Unfit to be President” is a gross understatement. @realDonaldTrump is undeserving of any public office, and all Americans should be outraged. https://t.co/vi0gYUxi67