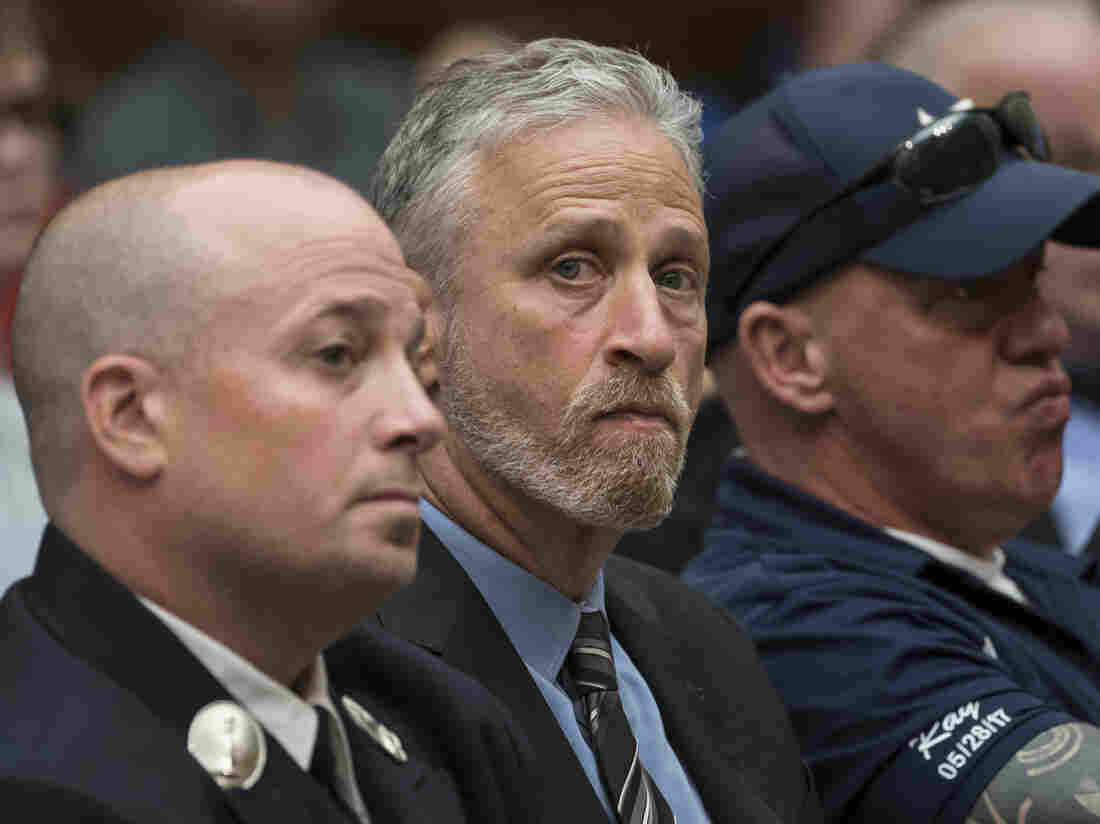 TV personality Jon Stewart at a hearing by the House Judiciary Committee as it considers permanent authorization of the Victim Compensation Fund on Capitol Hill in Washington. J. Scott Applewhite/AP hide caption 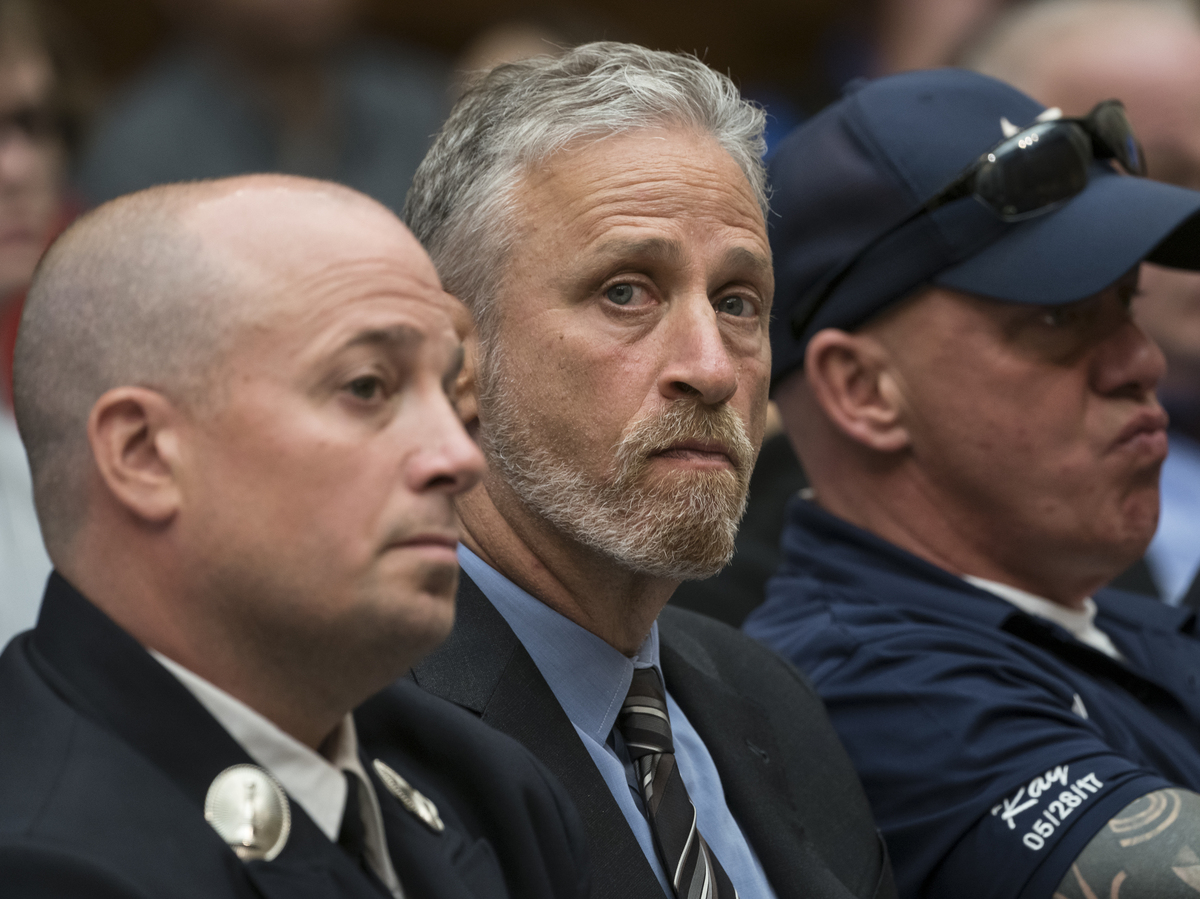 TV personality Jon Stewart at a hearing by the House Judiciary Committee as it considers permanent authorization of the Victim Compensation Fund on Capitol Hill in Washington.

A day after TV personality Jon Stewart blasted lawmakers for their inaction, the House Judiciary Committee voted unanimously Wednesday to extend the compensation fund for police, firefighters and other first responders to the Sept. 11 attack sites.

The September 11th Victim Compensation Fund was established in 2011 to help first responders whose illnesses and deaths were connected to their exposure to toxic substances they encountered at the World Trade Center, at the Pentagon and in Shanksville, Pa.

But the fund is nearing depletion. As NPR reported:

"With resources rapidly dwindling, the fund said any pending claims will be paid at 50 percent of their prior value. Claims received after Feb. 1 of this year will be paid at 30 percent."

Stewart, who has long championed the cause of the first responders, criticized Congress for not extending the program, telling lawmakers: "You should be ashamed of yourselves."

"Al-Qaida didn't shout 'Death to Tribeca' — they attacked America, and these men and women and their response to it is what brought our country back," Stewart said.

The bill, which would extend the compensation fund to 2090, now goes to the full House for consideration, where it is expected to pass. Its future in the Senate is not clear.

Senate Minority Leader Chuck Schumer of New York urged the chamber's Republican leadership to bring the bill up for a vote as soon as possible.

"We will reach the point soon, most likely this year, when more will have died from 9/11-related illnesses than on 9/11 itself," Schumer said.