Accessibility links
Sarah Sanders Out As White House Press Secretary President Trump announced the departure in a tweet on Thursday, calling Sanders "a very special person with extraordinary talents, who has done an incredible job!" 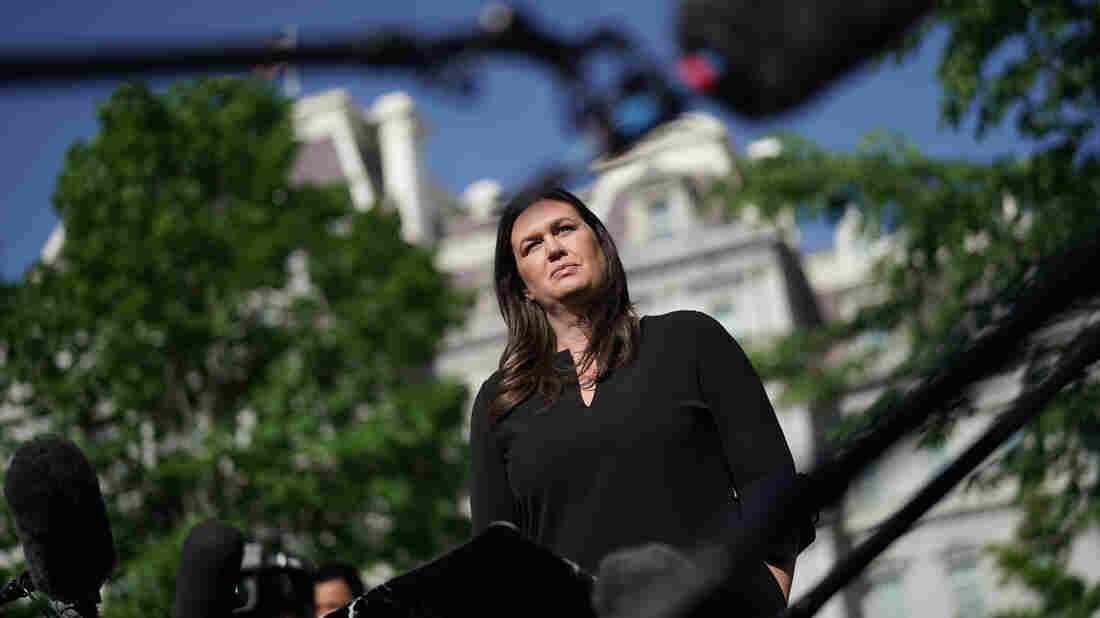 Sarah Sanders talks to reporters outside the White House on April 29. Sanders will be leaving her post as press secretary at the end of the month. Chip Somodevilla/Getty Images hide caption 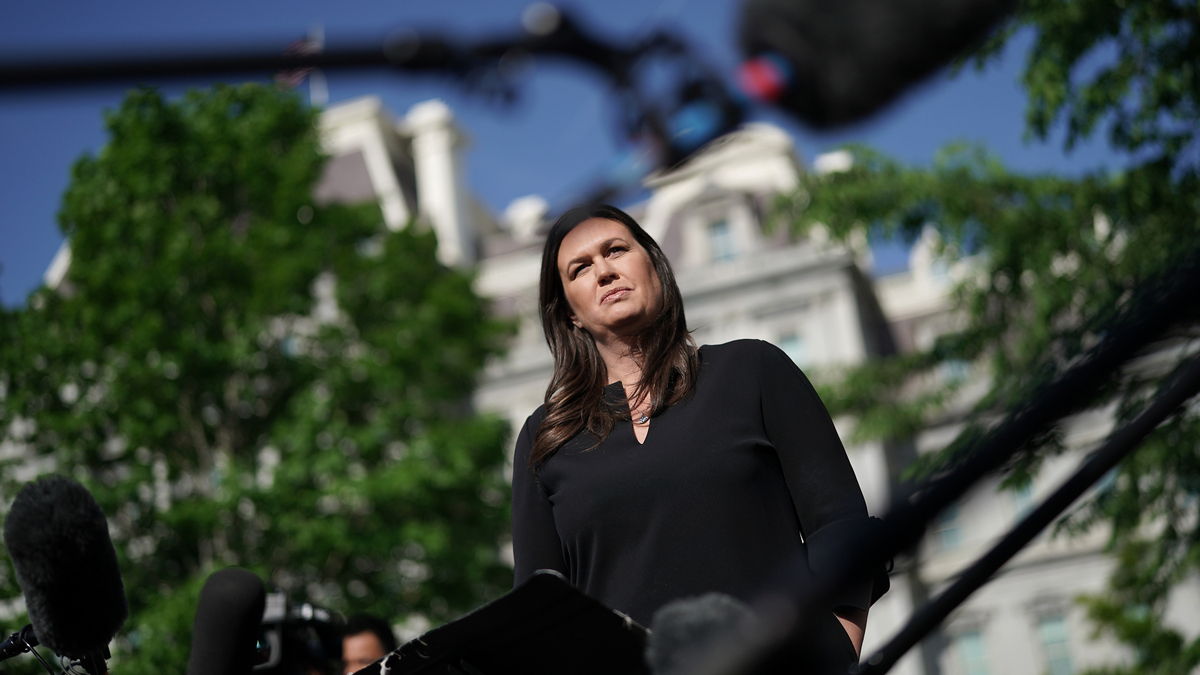 Sarah Sanders talks to reporters outside the White House on April 29. Sanders will be leaving her post as press secretary at the end of the month.

"After 3 1/2 years, our wonderful Sarah Huckabee Sanders will be leaving the White House at the end of the month and going home to the Great State of Arkansas," Trump said. "She is a very special person with extraordinary talents, who has done an incredible job! I hope she decides to run for Governor of Arkansas - she would be fantastic. Sarah, thank you for a job well done!"

At a White House event Thursday, Sanders said her job as press secretary "has been the honor of a lifetime."

"I've loved every minute, even the hard minutes," she said.

As press secretary, Sanders was known for frequent clashes with frustrated reporters who often struggled to get answers to questions about the president's thinking on issues ranging from presidential pardoning authority to the role of the press.

She was often called upon to defend shifting and conflicting statements from Trump, and as a result, often faced questions about her own credibility.

After a number of tense dust-ups during briefings, the White House began to hold press conferences with Sanders less frequently.

It has currently been 94 days since Sanders briefed reporters in the White House briefing room. Instead, journalists now engage Sanders during impromptu question-and-answer sessions on the White House driveway.

The White House has defended the end of daily press briefings by arguing the practice is not necessary anymore, because President Trump frequently answers questions from reporters directly at various White House events.

Sanders faced scrutiny after the release of former special counsel Robert Mueller's report on Russian interference in the 2016 election. The report examined her role in shaping messaging to the public after former FBI chief James Comey was fired.

Shortly after Comey's ouster, Sanders told reporters that "countless members of the FBI" had reached out to the White House to express their displeasure with Comey. In her interview with the special counsel's office, she admitted that this was not true. She called the statement a "slip of the tongue."

Asked about the divergent statements once the report was out, Sanders said that she should not have used the word "countless" but that the sentiment was true.