Accessibility links
Hong Kong Legislature On Lockdown After Violent Protest Over Extradition Bill Most people appear to have abandoned the protests after riot police moved in with tear gas and rubber bullets to break up demonstrations against a proposed extradition law. 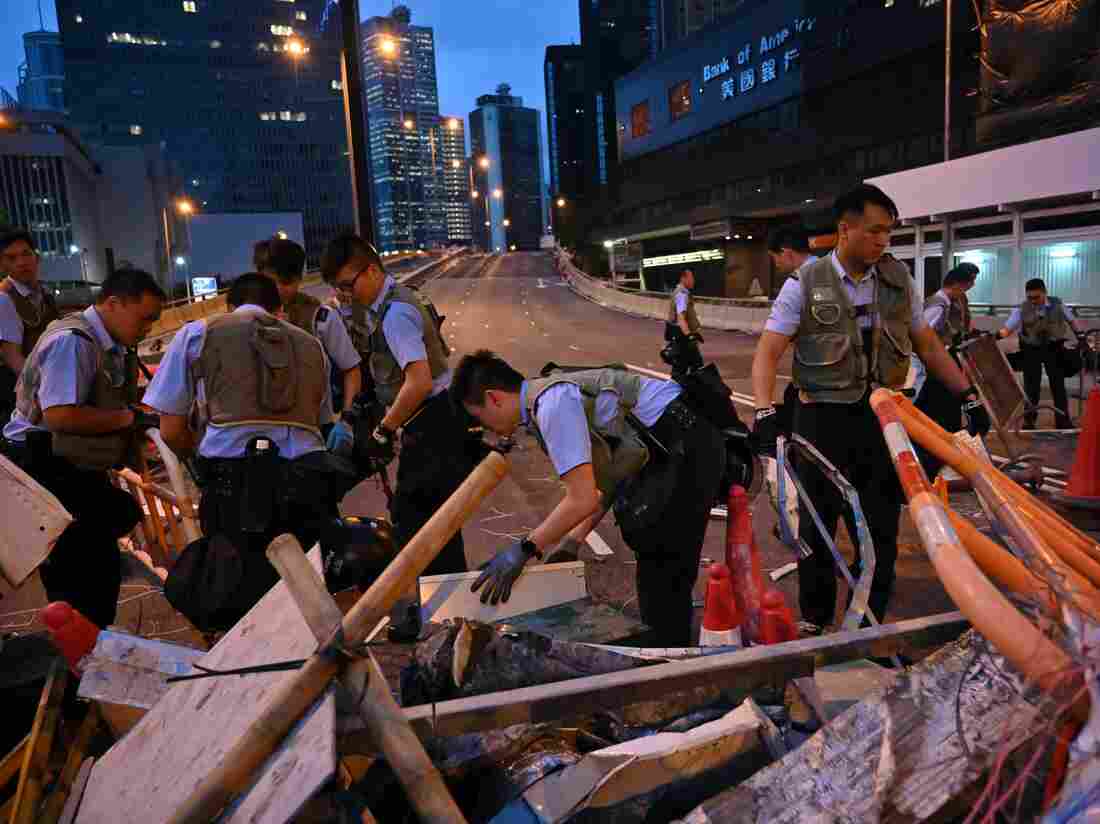 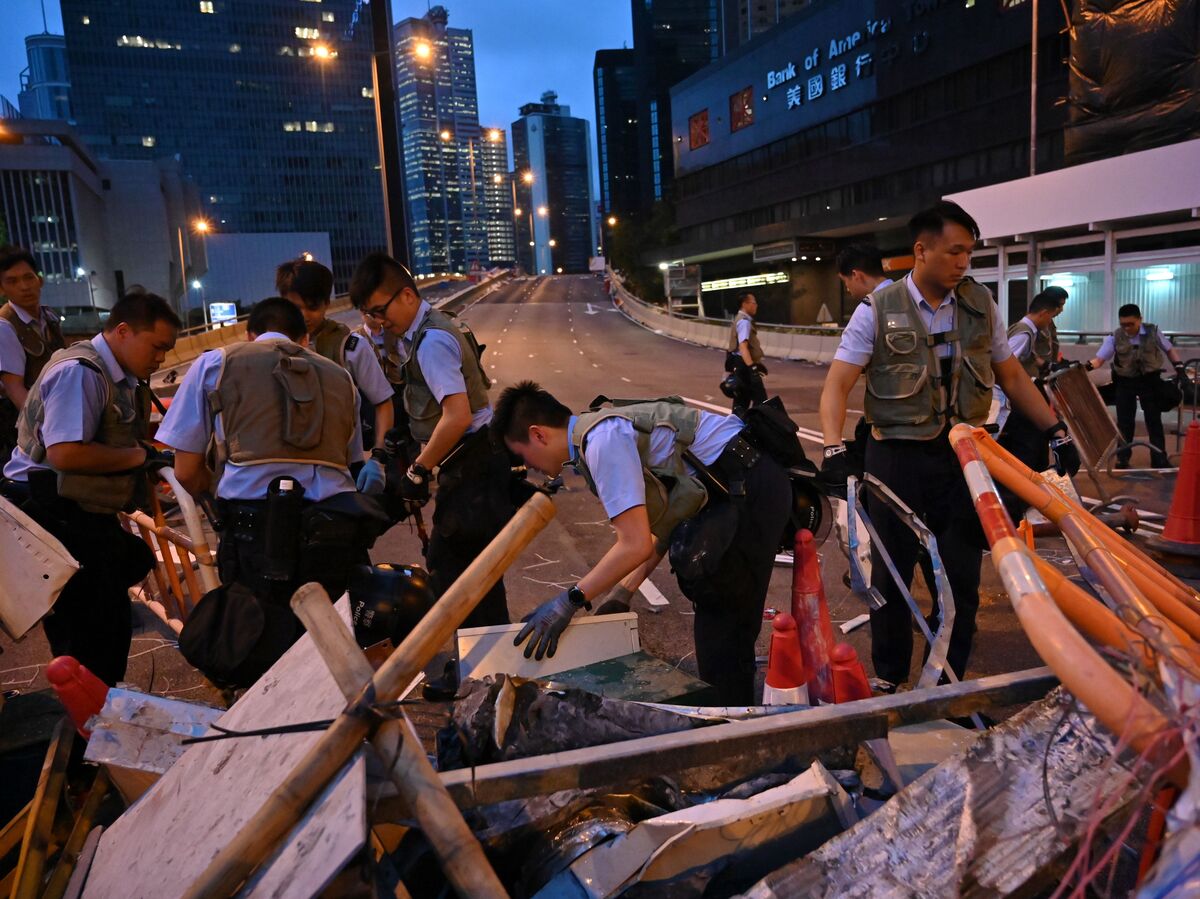 Authorities in Hong Kong closed government offices in the city's Central district after violent clashes between police and protesters brought the bustling financial hub to a standstill.

The situation was still tense on Thursday, a day after riot police fired tear gas and rubber bullets in an effort to push back protesters trying to storm government offices. Earlier in the day, tens of thousands of people blockaded the city's Legislative Council to protest a proposed bill to allow the extradition of Hong Kong residents to mainland China.

The protests on Wednesday had forced the predominantly pro-Beijing Legislative Council to delay a second reading of the extradition bill and lawmakers said Thursday that no further debate on the legislation has been scheduled in the wake of the unrest.

The BBC reports that at least 72 people ranging in age from 15 to 66 were injured in Wednesday's violence. 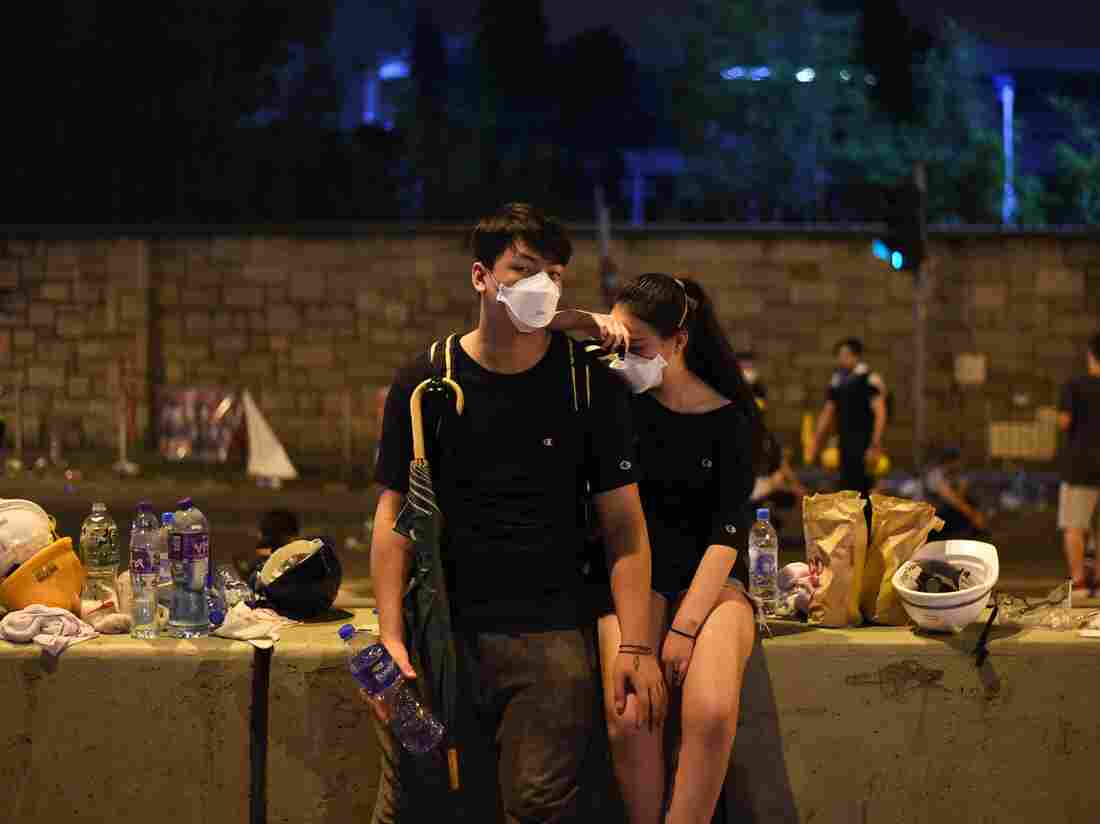 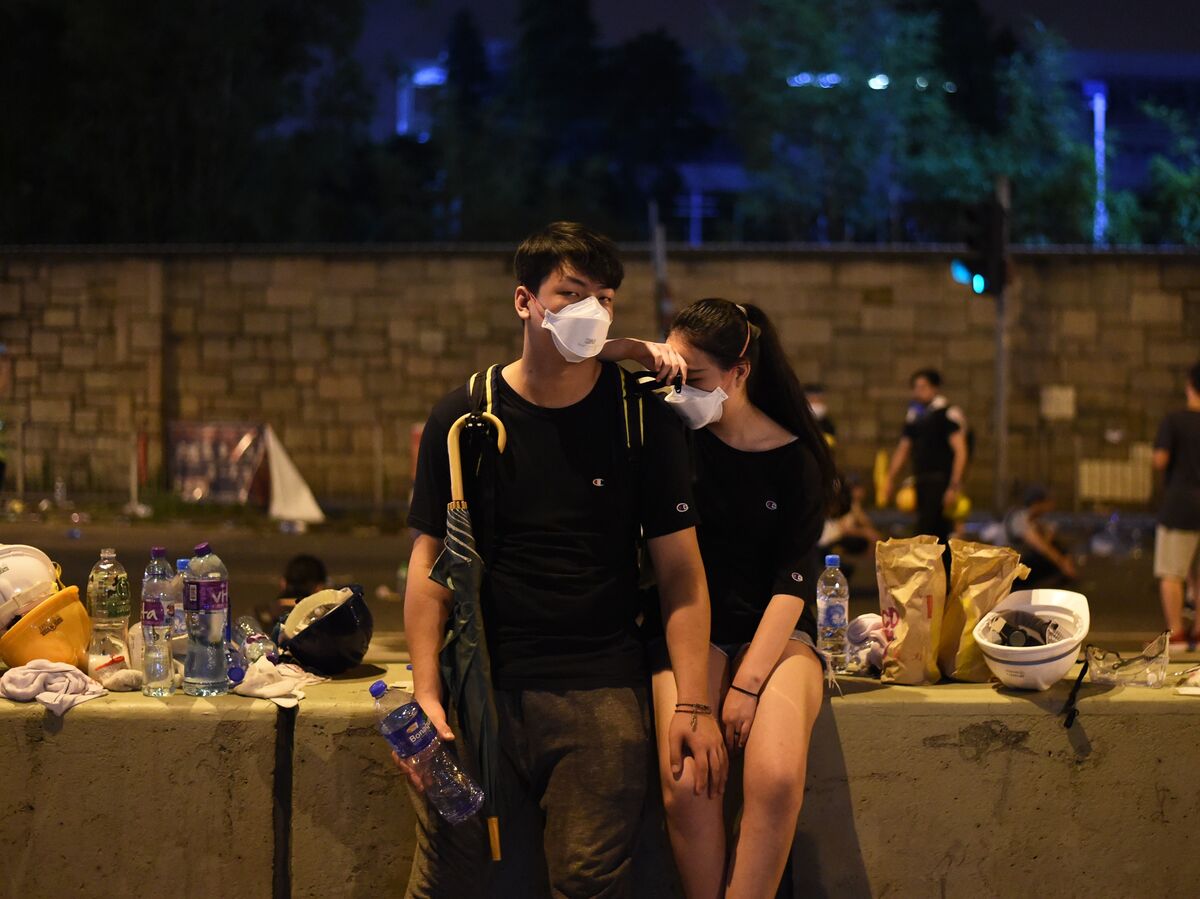 In an interview on local television, Hong Kong's chief executive, Carrie Lam, called the protests "organized riots" and dismissed accusations that her support of the extradition bill meant she had "sold out" to Beijing.

"I have grown up here with all the Hong Kong people; my love for this place has led me to make many personal sacrifices," she said.

Lam has defended the legislation, which she and other supporters say simply closes a loophole in the law. However, opponents say the law would allow anyone to be arrested in Hong Kong and sent to the mainland for trial in China's harsh court system.

By Thursday, the situation was largely quiet, but police were out in force and on guard for the possibility of renewed protests.

Earlier, a Chinese foreign ministry official dismissed as "fake news" reports that Beijing was preparing to send its forces to Hong Kong to quell the violence.

"The ugly scenes of police using tear gas and pepper spray against overwhelmingly peaceful protesters is a violation of international law," Man-Kei Tam, director of Amnesty International Hong Kong, said. "Police have a duty to maintain public order, but in doing so they may use force only when strictly necessary. Hong Kong's police have today failed to live up to this standard."