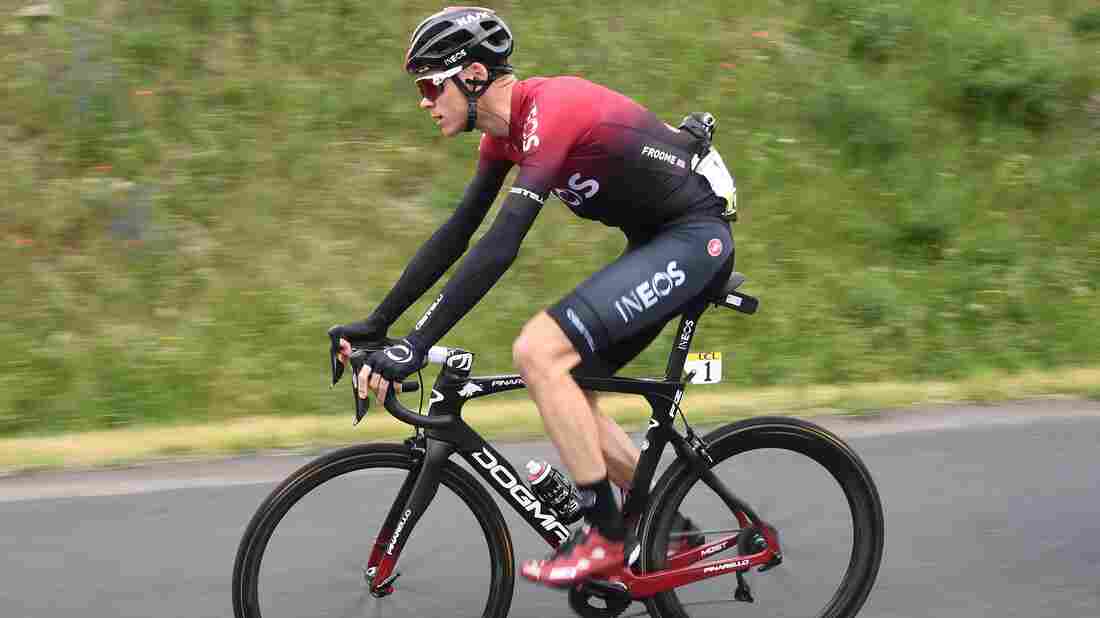 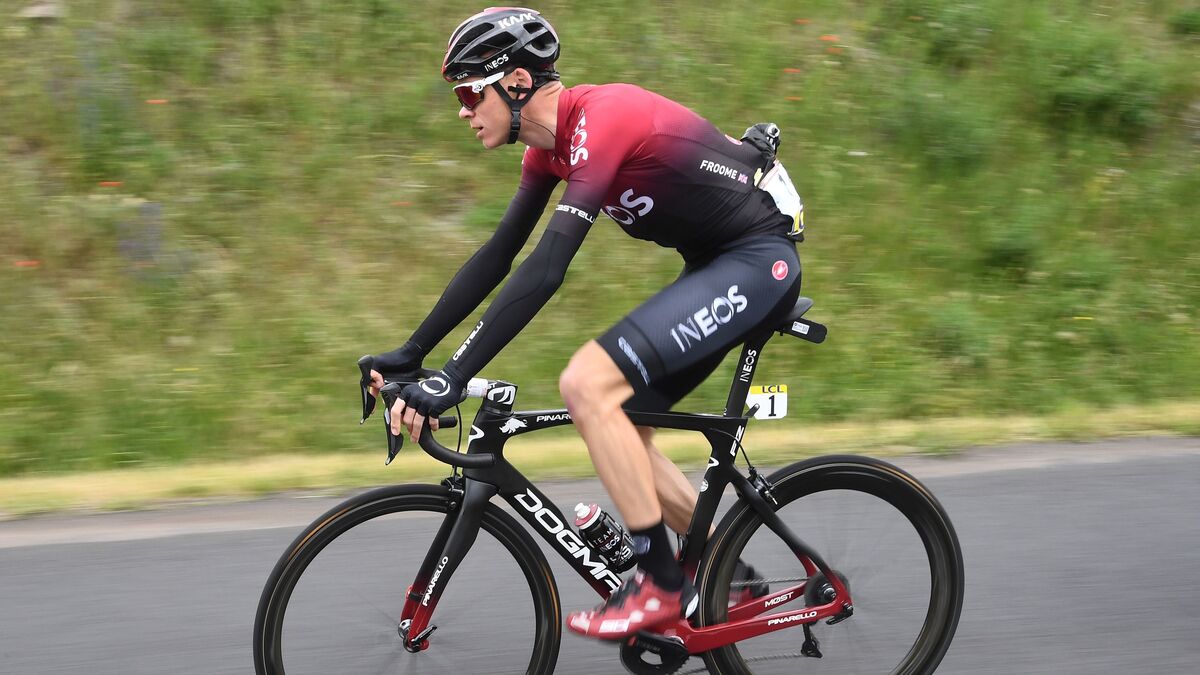 Chris Froome crashed heavily during a training ride Wednesday, leaving him badly injured and unable to compete in the upcoming Tour de France.

Chris Froome, the four-time Tour de France winner, was in intensive care on Thursday a day after suffering multiple fractures in a high-speed crash in France. Froome's racing team says he won't be able to compete in this year's Tour de France, which begins in July.

The 34-year-old British cyclist underwent surgery Wednesday and the procedure was a success, Team INEOS announced.

Usher added that Froome "woke up" Thursday morning and was evaluated by his orthopedic surgeon and intensive care staff, who said they were pleased with his progress. He's expected to remain in the hospital for several days, but Froome is already discussing his rehabilitation, Usher added.

"Froome crashed during a training session in the countryside not far from the southern city of Lyon," NPR's Eleanor Beardsley reports from Paris.

Froome suffered "a fractured right femur, a fractured elbow and fractured ribs," his team said. He had been riding at 54 kph (34 mph) when he lost control of the bike and hit a wall, INEOS team principal Dave Brailsford told the BBC's BeSpoke cycling podcast. "We looked at his Garmin, at the data, and he went from 54k an hour to a dead stop."

Froome crashed in windy conditions during a reconnaissance ride for Wednesday's time-trial stage of the Critérium du Dauphiné — a week-long tune-up race for the Tour de France. Photos from local media outlet Le Pays show him riding a time-trial bike — the ultra-aerodynamic machines that often have solid rear wheels.

Froome and Dutch teammate Wout Poels had just finished a technical descent and were on a straight road lined by houses when Froome took his hands off his handlebars to blow his nose, Brailsford said.

"A gust of wind took his front wheel, and he lost control, and went straight into the wall of a house, basically," Brailsford said.

One factor in Froome's favor, the INEOS official said, was that the crash took place near a parked ambulance, allowing medical personnel to reach him quickly.

A helicopter took him to a hospital in nearby Roanne. After the extent of Froome's injuries became clear, he was taken to the university hospital in St. Etienne.

Froome is the top rider on Team INEOS, the squad formerly known as Team Sky.

"Even though we all recognize the risks involved in our sport, it's always traumatic when a rider crashes and sustains serious injuries," Brailsford said, adding,"Chris had worked incredibly hard to get in fantastic shape and was on track for the Tour, which unfortunately he will now miss."

Last year's Tour champion, Geraint Thomas, wished Froome a quick recovery, saying, "It's always horrible hearing about any bad crash, but even worse when it's a good mate!"

The two riders are longtime teammates; Thomas won last year's Tour after Froome repeatedly ran into problems in the first half of the three-week race.