Accessibility links
NASA Headquarters Is Now On 'Hidden Figures Way' The name pays tribute to the legacy of African American women who played a major role in the space race but were long overlooked by history. 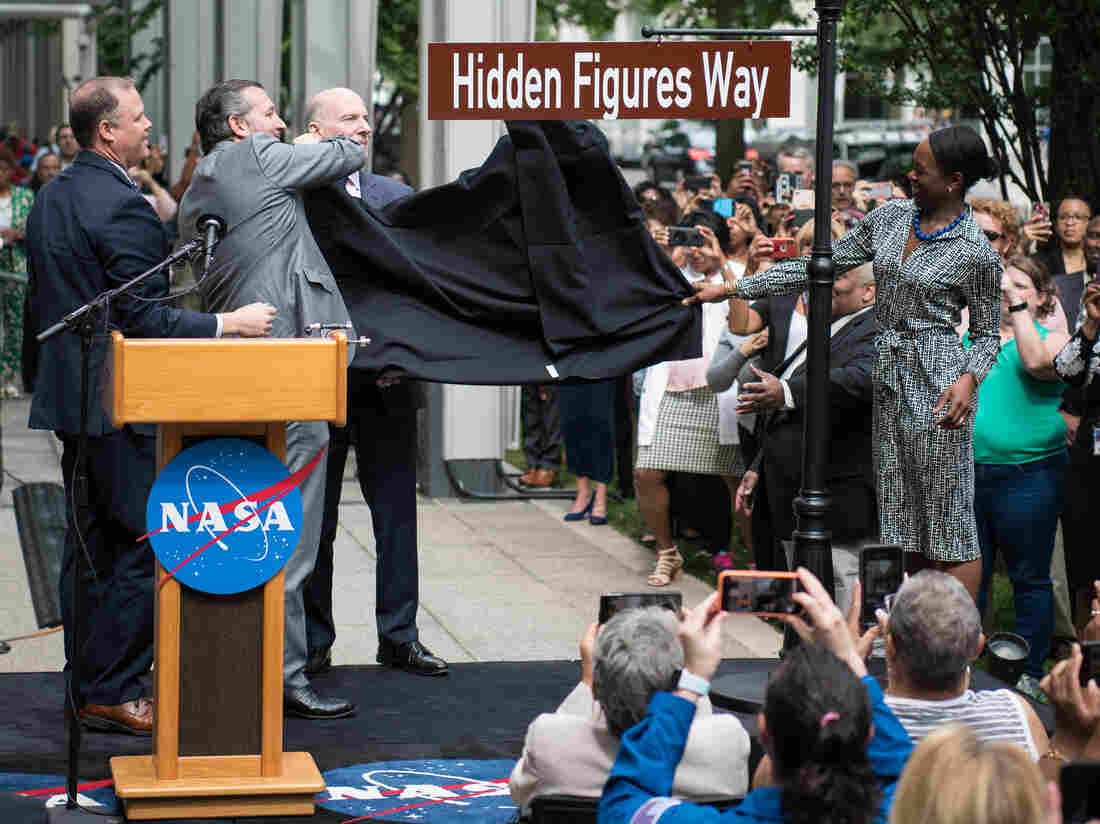 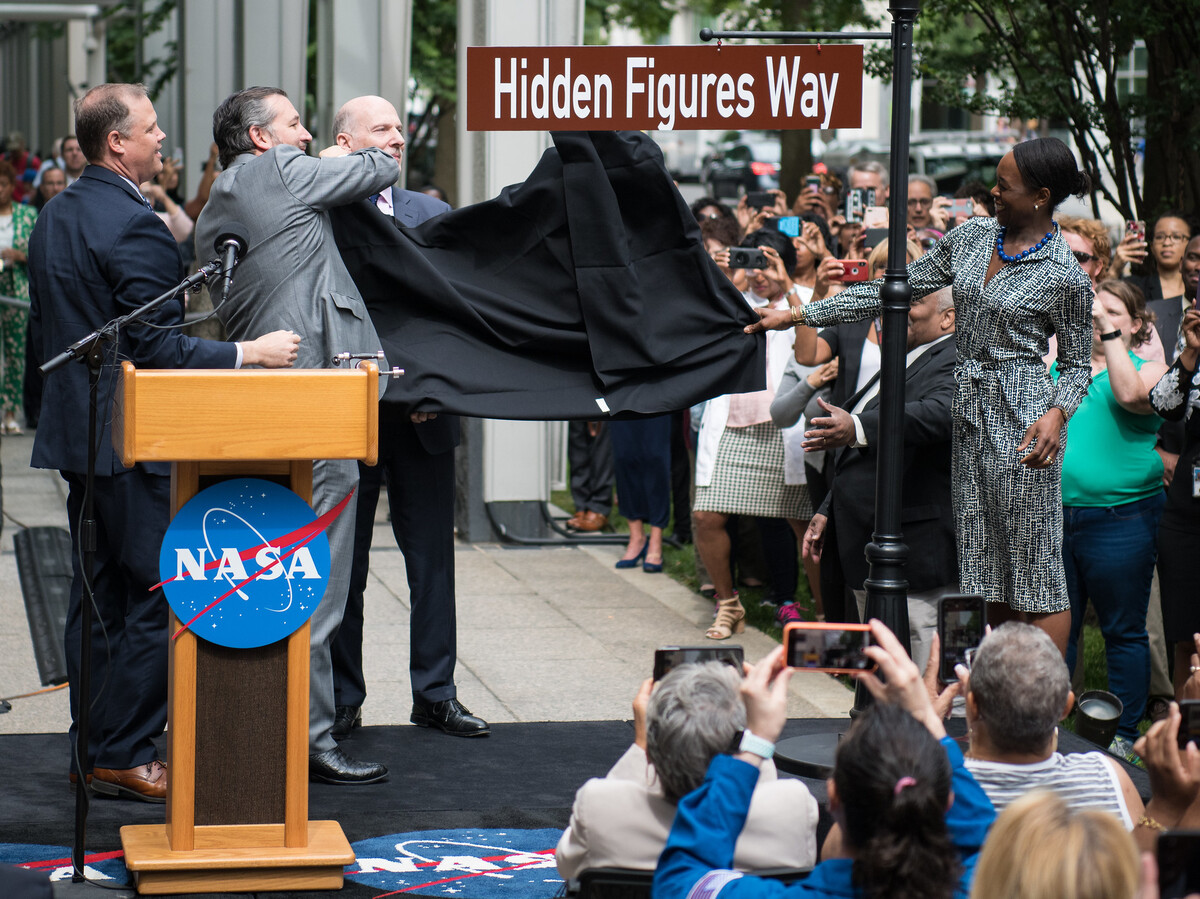 NASA is highlighting the legacy of African American women who played a major role in the space race but are only recently getting widespread recognition.

This week, the space agency renamed the street in front of its headquarters Hidden Figures Way.

Hidden Figures is the name of a book and movie that celebrate the contributions of Katherine Johnson, Dorothy Vaughan and Mary Jackson. Its author, Margot Lee Shetterly, was at the unveiling ceremony, along with members of the women's families.

"Naming this street Hidden Figures Way serves to remind us, and everyone who comes here, of the standard that was set by these women, with their commitment to science and their embodiment of the values of equality, justice and humanity," Shetterly said. "But, let it also remind us of the Hidden Figures way, which is to open our eyes to [contributions] of the people around us so that their names, too, are the ones that we remember at the end of the story."

In its early days, the space agency heavily relied on people "who performed mathematical equations and calculations by hand," the bill notes, and they "played an integral role in aeronautical and aerospace research at the laboratory from the mid 1930s into the 1970s."

Katherine Johnson played a major role in calculating the trajectory of John Glenn's mission to orbit Earth, among other achievements. According to NASA, Mary Jackson "very well may have been the only black female aeronautical engineer in the field" in the 1950s. And Dorothy Vaughan led a segregated computing unit for nearly a decade. There, she was NASA's "first African-American manager." 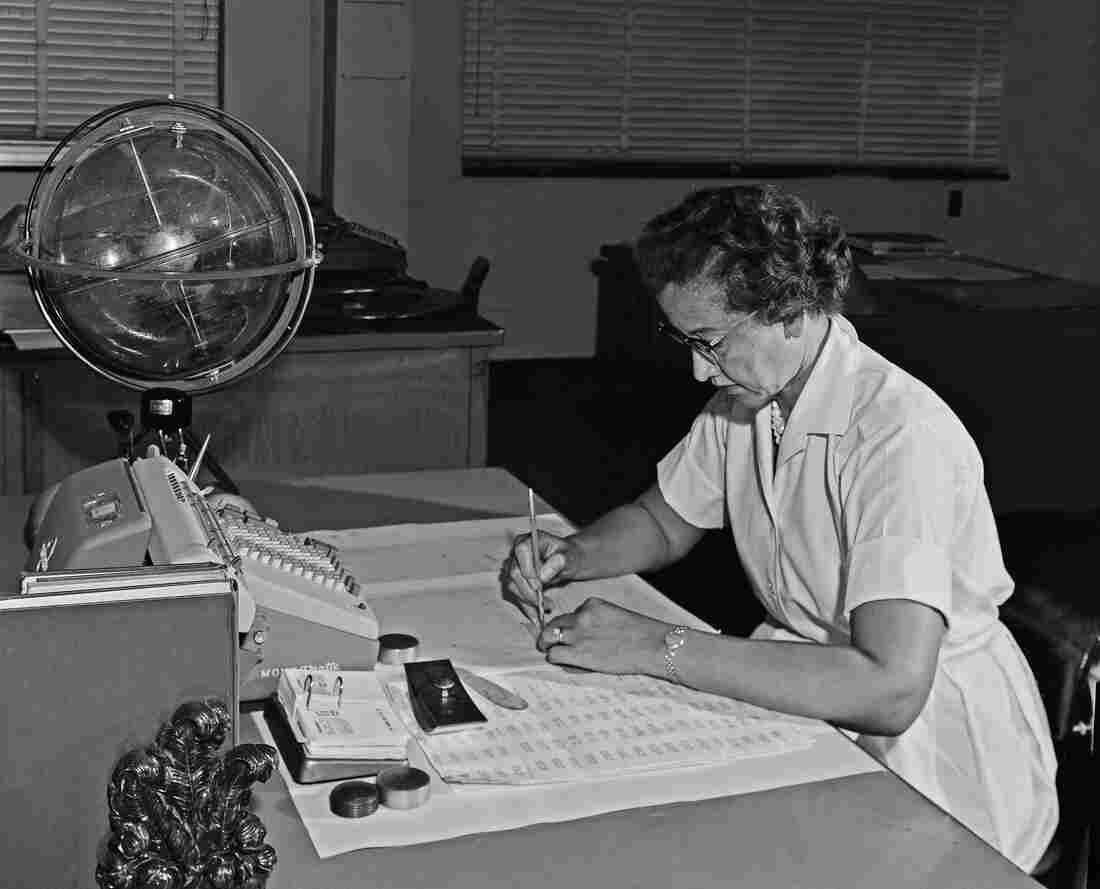 NASA scientist and mathematician Katherine Johnson, shown here in 1962, is one of the "Hidden Figures" honored with the new street name in front of NASA's headquarters. Donaldson Collection/Getty Images hide caption

"Here we are, 50 years after the landing of the Apollo 11 moon lander, celebrating those figures who were, at the time, not celebrated," NASA Administrator Jim Bridenstine said at the ceremony.

Cruz said he hopes the street name prompts retelling of the women's stories for years to come.

"For years, and then decades, and then centuries, when little girls and little boys come to see NASA, they're going to look up and see that sign, and they're going to say, 'Hidden Figures? What's that? What does that mean?' And that, in turn, is going to prompt a story — a story about the unlimited human potential of all of us," Cruz said.