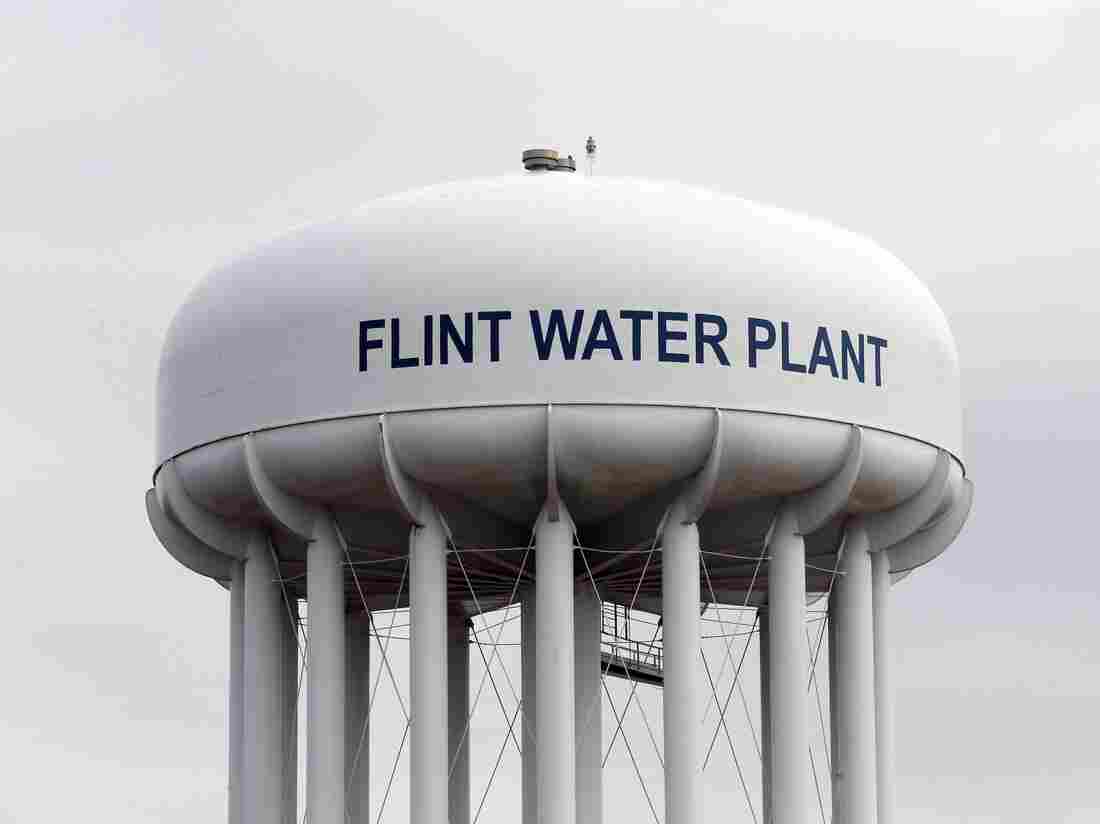 The Flint Water Plant tower in Flint, Mich., where drinking water became tainted after the city switched from the Detroit system and began drawing from the Flint River in April 2014 to save money. Carlos Osorio/AP hide caption 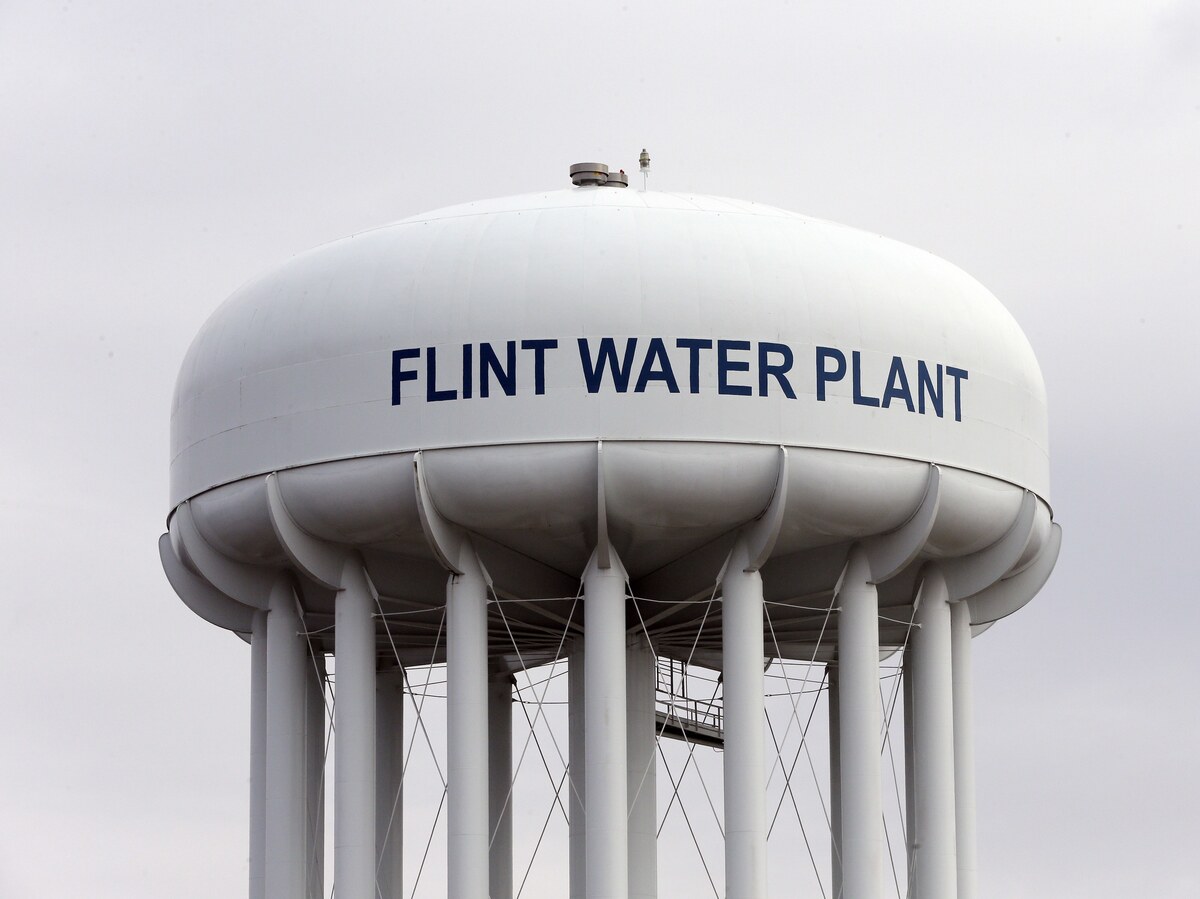 The Flint Water Plant tower in Flint, Mich., where drinking water became tainted after the city switched from the Detroit system and began drawing from the Flint River in April 2014 to save money.

Three years after lead was detected in the drinking water of Flint, Mich., state prosecutors say they are dropping all criminal charges filed against a group of eight government officials implicated in the scandal, in favor of launching a new expanded investigation.

"I want to remind the people of Flint that justice delayed is not always justice denied and a fearless and dedicated team of career prosecutors and investigators are hard at work to ensure those who harmed you are held accountable," Nessel said.

In a separate statement, Solicitor General Fadwa Hammoud and Wayne County Prosecutor Kym Worthy, who assumed control of the investigation in January, said they had "immediate and grave concerns" about the investigation conducted by the previous team of prosecutors. They concluded that "contrary to accepted standards of criminal investigation and prosecution, all available evidence was not pursued."

Hammoud and Worthy said that by dismissing the cases against the defendants they can move forward with "a thorough, methodical and ethical investigation," rather than "build on a flawed foundation."

Reaction to the announcement ranged from relief among some of the defendants to disbelief and disappointment among some Flint residents.

"This has been bungled," Nayyirah Shariff, a Flint resident and director of the grassroots group Flint Rising, told the Detroit Free Press. "I don't know what's going on."

"I'm very disappointed with (Attorney General) Dana Nessel's office because she ran on a platform that she was going to provide justice for Flint resident, and it doesn't seem like justice is coming," she added.

"We're confident that a just and fair investigation, done properly, will yield no evidence of any criminal wrongdoing," Chamberlin said.

Lyon had been charged with involuntary manslaughter for failing to alert the public about an outbreak of Legionnaires' disease during the period when Flint was drawing water from the Flint River.

Up until April 2014, Flint drew its drinking water from Lake Huron treated in Detroit. In a move meant to be temporary and save money, a state-appointed emergency manager switched the drinking water supply to Flint River, without taking measures to mitigate the impact of corrosive water on old pipes. That resulted in a spike in lead levels for the majority-black city of 100,000 residents.

Fifteen people initially were charged by former Attorney General Bill Schuette, a Republican. Seven were charged with misdemeanors with the expectation that their records would be scrubbed if they cooperated with prosecutors.

Prosecutors Hammoud and Worthy said they are not precluded from refiling charges against the defendants, or adding new charges and additional defendants.