Accessibility links
StoryCorps: For Father's Day, Sisters Remember Their Dad's Legacy At StoryCorps, Estela and Candi Reyes recount how a simple act of devotion helped them say goodbye to their beloved father. "Papito era lo máximo," Estela said. "He was everything to us." 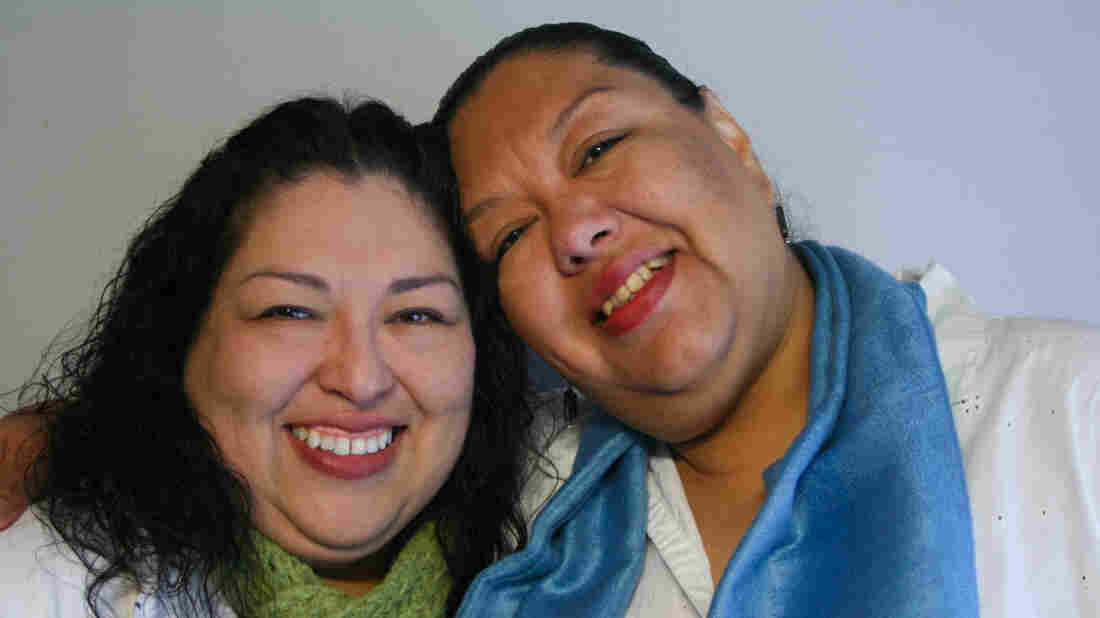 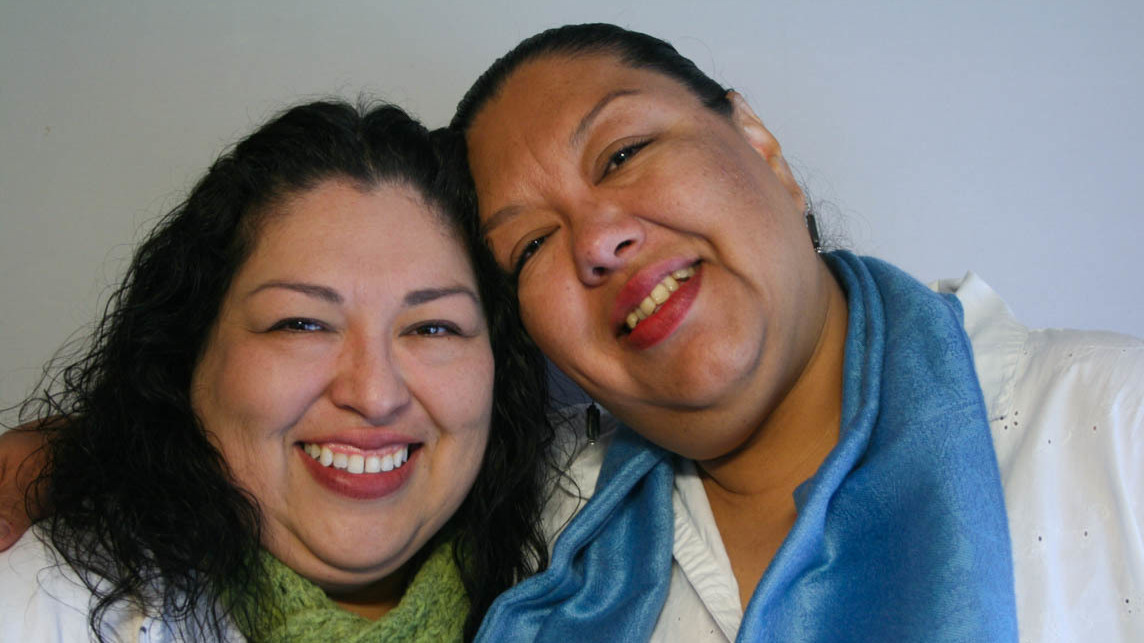 Candi and Estela Reyes shared memories of their father during a 2012 StoryCorps interview in El Paso, Texas.

This Sunday, as sisters Estela and Candi Reyes mark Father's Day, they will be thinking of their dad, Juan, who died in 2010.

Juan Reyes was born in Mexico and immigrated to the U.S. in the 1940s, eventually settling his family in El Paso, Texas. Estela, 50, and Candi, 46, adored their dad, and at StoryCorps in 2012, they recall the lasting influence he had on them.

"Papito era lo máximo," Estela said. "He was everything to us."

Growing up in El Paso, Estela remembers Juan was a "tough guy."

"Very formidable. Very strong-willed. Very commanding figure. His nickname was el canillón — the big-wristed man," she said. "I remember being a little kid — Papi just reaching down and lifting me up like I was tissue paper, this delicate little weightless thing." 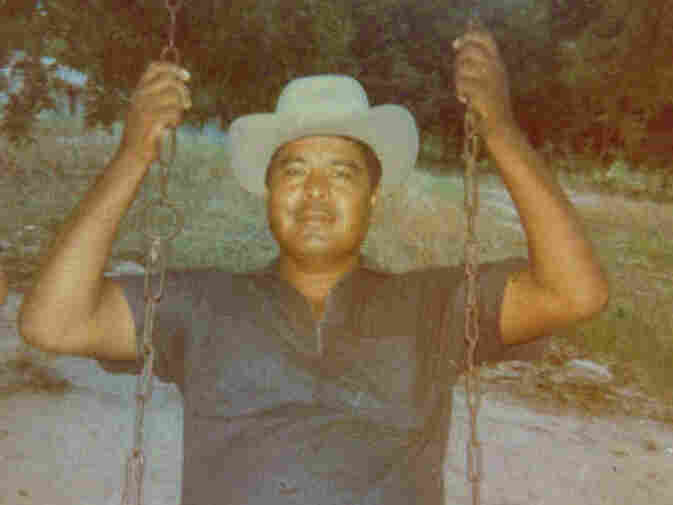 Juan Reyes sits on a swing in the early 1970s. Courtesy of the Reyes Family hide caption 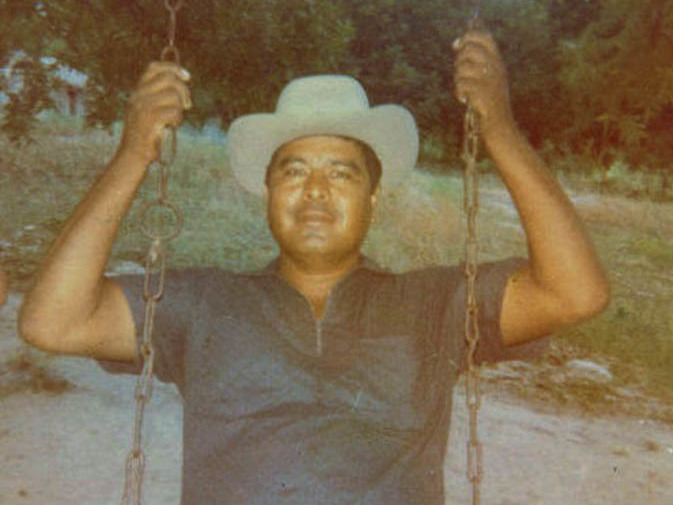 Courtesy of the Reyes Family

Juan was diagnosed with diabetes in the early 2000s, and when he began experiencing complications, Estela said, he transformed from el canillón to "a little weak bird."

"About four days before our dad died, he was still able to speak," Estela said. "And he let me know that he was very hungry. But you know, how do you make a healthy, strong meal for somebody that you know is in incredible pain?"

Faced with the important task of feeding him, Estela surveyed the ingredients in her parents' home. She discovered a package of shrimp and some black beans — "Mexican comfort foods," Candi said – and set about making a batch of shrimp enchiladas.

"I don't think I've ever diced anything so slowly and with so much care," Estela said. "And when I took that little plate, I remember physically feeding him, watching him close his eyes with each spoonful."

Though enfeebled and in pain, Juan summoned the energy to express his satisfaction.

'I Only Knew Her As Mom': A Daughter Learns More From Her Late Mother's Best Friend

"He looked up at me and gave me a little wink ... and he gave me that little gesture that he would make when he liked something," Estela said. "He'd make a tight fist and just sort of shake it next to his chest with one good blow to show that it was so good, it was so rich. There didn't need to be any words. And I was so happy.

"The next day, that was when he slipped into his coma. And he never spoke to us again."

A previous version of this story misspelled Candi Reyes' first name as Candy.