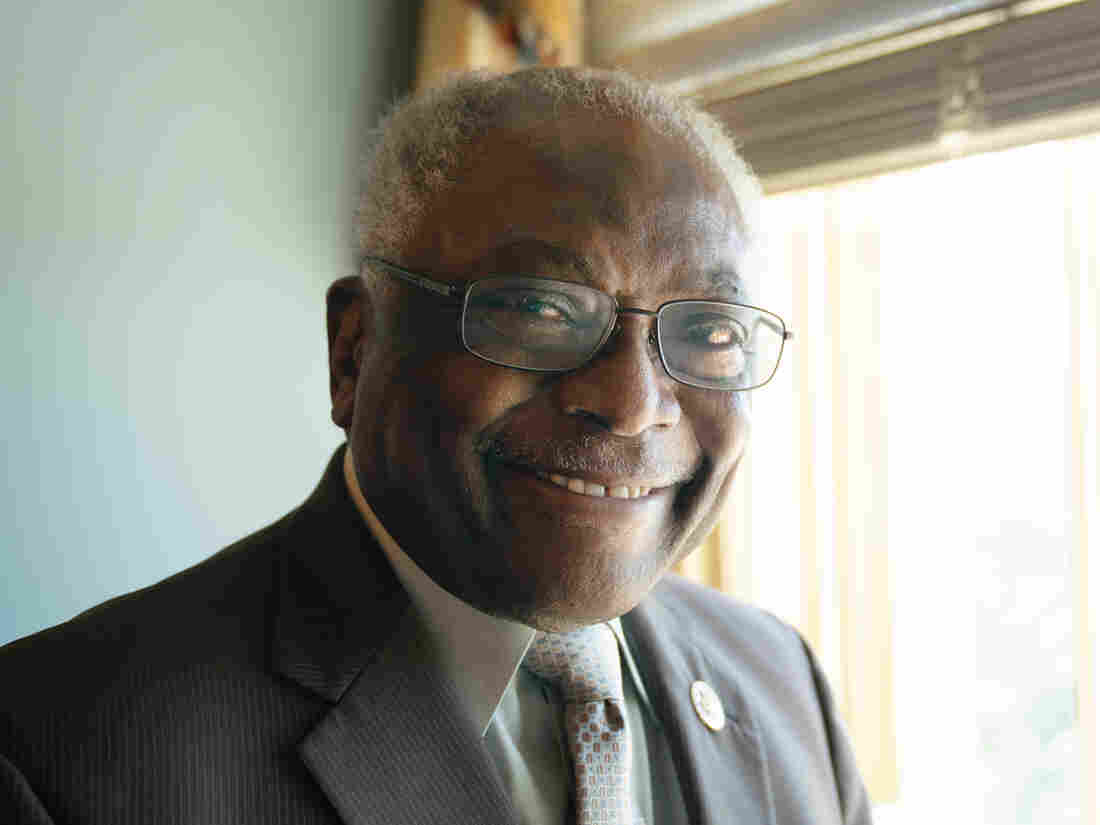 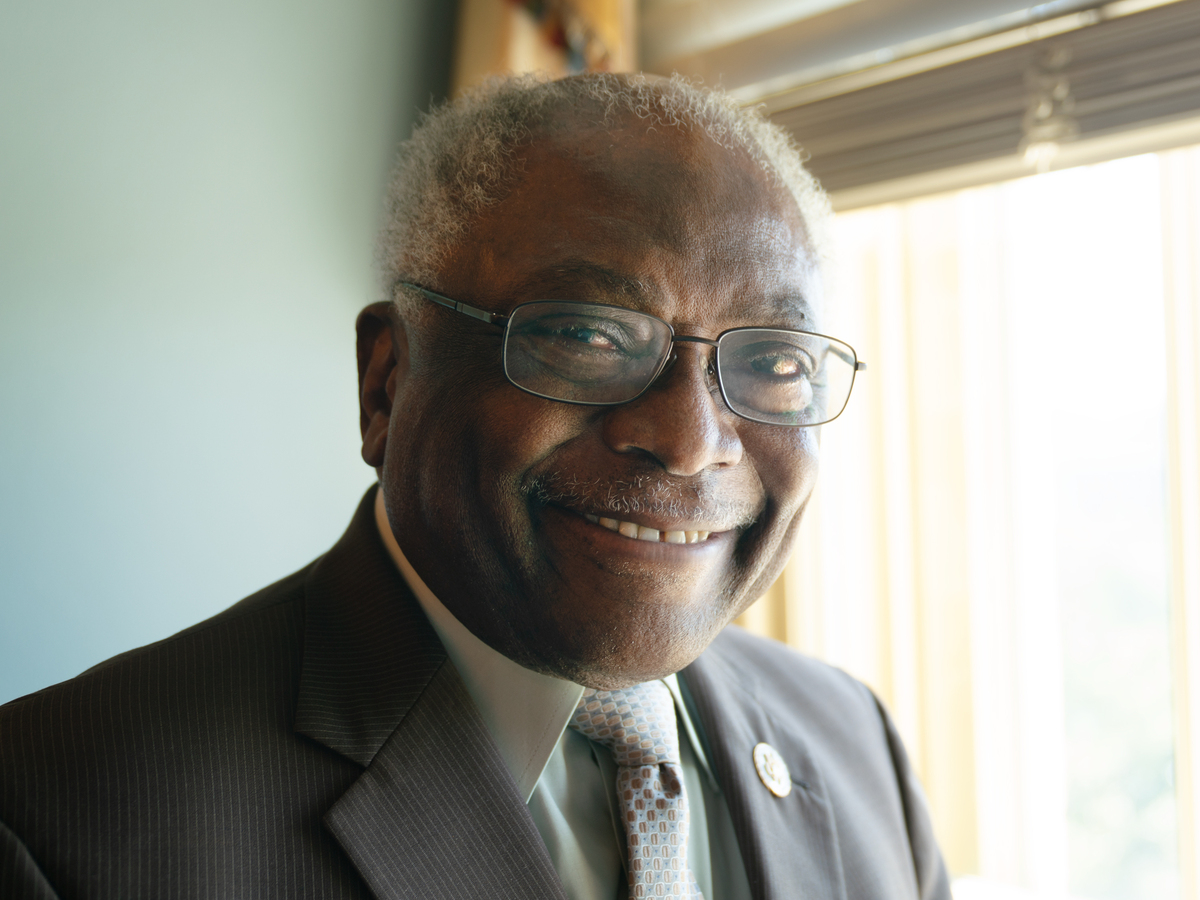 Rep. James Clyburn will host a fish fry, a mainstay of South Carolina politics for nearly 30 years, on June 21.

"Well, it's my world," Majority Whip James Clyburn said, chuckling. "And anybody else who would like to claim space in it." When it comes to South Carolina Democratic politics, it's hard to argue. Clyburn, at 78 years old, is the most influential Democrat in the state, which explains why most of the 2020 Democratic presidential field is headed to Columbia, S.C., next Friday for a chance to appear by his side.

For nearly 30 years, Clyburn has held a fish fry — a once-humble event started to thank supporters who couldn't afford to attend the state Democratic Party's high-dollar dinner — that every four years becomes a must-attend event for presidential hopefuls.

Clyburn wades in and out of presidential primaries. In 2016, he endorsed Hillary Clinton over Bernie Sanders; he stayed out of it in 2008 but was seen as tacitly supporting Barack Obama against attacks from Bill Clinton; and in 2004 he picked John Kerry over fellow Southerner John Edwards. In 2020, he's staying out of it. "I promised the party that I would help them make South Carolina relevant in the presidential [election], and I've been told by more than one person that if I were to make a formal endorsement in this campaign, the rest of the candidates would stay out of the state," he said, a sort of humble brag about his clout.

He's still willing to offer his assessment of the field, where he says former Vice President Joe Biden is the front-runner. "Oh yeah, absolutely, he is. I told everybody that months before: I said if he gets in, everybody else will be running for second place." Biden's front-runner status is especially true in South Carolina — at least for now. The most recent Post and Courier poll gave Biden a 31 percentage point lead over his closest rival, Vermont Sen. Bernie Sanders.

Biden's strength is built on the support of black voters, who made up 61% of primary voters in South Carolina in 2016. Clyburn dismisses recent attacks aimed at undercutting black support for Biden, specifically his role in passing the 1994 crime bill. "In 1994, I voted for the crime bill! What did we do? We took mandatory minimums off of first-time offenders. We put in $3 billion for prevention programs. We put 100,000 cops on the street," Clyburn said. The law supported by most Democrats in the 1990s has become a point of division today. It dogged Clinton in 2016, and it threatens to dog Biden in 2020 because of the perception that it alone fueled mass incarceration of minorities. 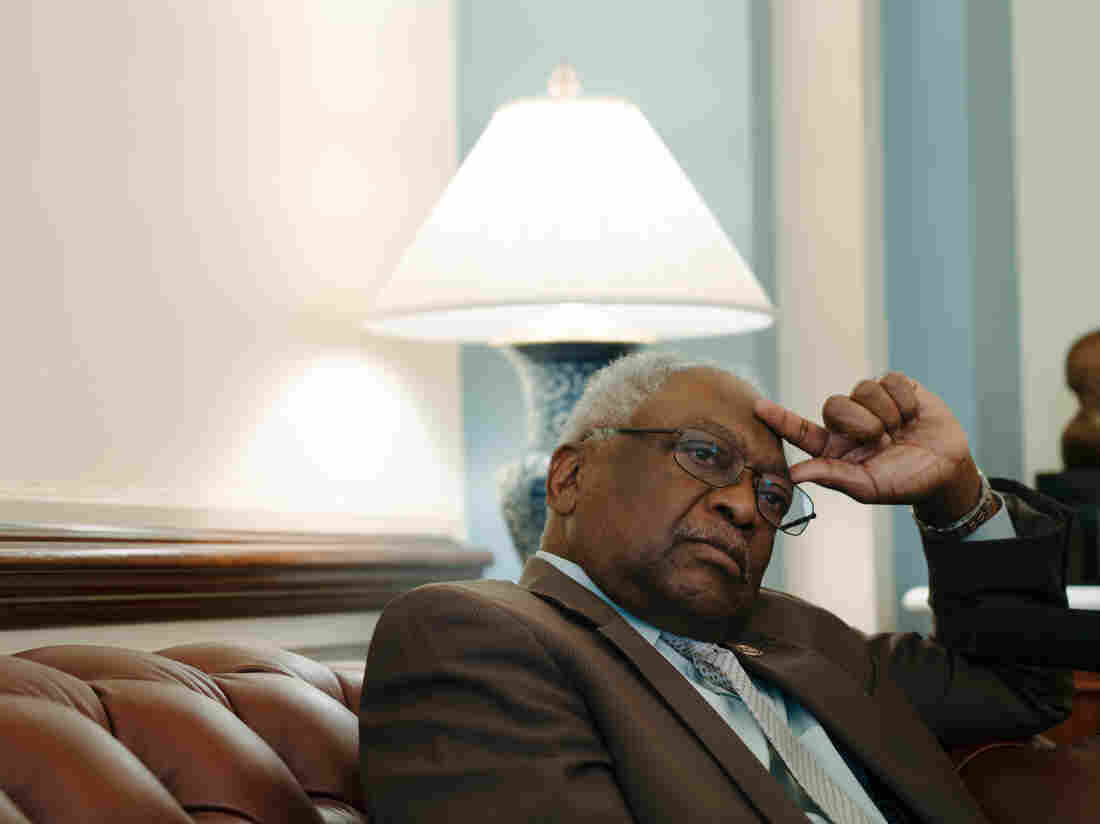 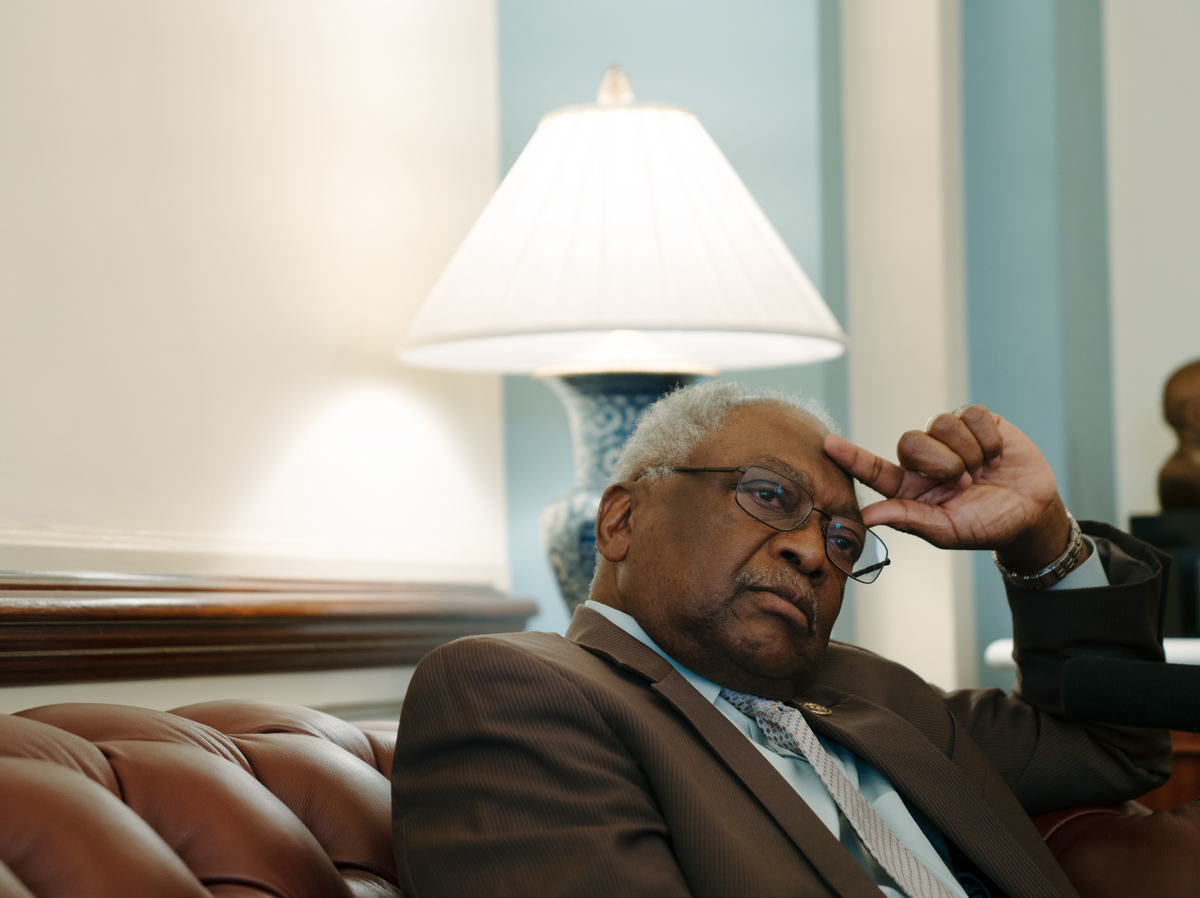 Clyburn says he thinks the crime bill divide is more with white people. "That's exactly right. That is not real. Not with black people," Clyburn said, stressing there is a different conversation inside the black community. A member of the African Methodist Episcopal church, another epicenter of South Carolina Democratic politics, Clyburn said there is a different conversation about Biden happening in those corners. "They're very excited about Joe Biden, most of them know what I just shared with you about the crime bill, but they don't have a megaphone," he said. "I mean y'all got all the print. Y'all write this stuff. All they can do is talk about it among themselves. That's why Joe Biden is running 76% among them and so much doubt among y'all."

It's also why Clyburn said he is not surprised that Biden is out-performing two black candidates, Sens. Kamala Harris of California and Cory Booker of New Jersey, among South Carolina's black voters. "It's not a surprise to me because black people go with their with history. They have a relationship with Biden, and they believe in them."

A lifelong civil rights activist — he met his wife in jail following a student demonstration — Clyburn leans in to conversations about racial politics. "It shouldn't be hard. The whole question of race ought not be hard, it's real. And I don't understand why we have such a hard time discussing it, and then we can very easily say race is a big issue in the country."

According to the Pew Research Center, about 6 in 10 Americans say race relations in the U.S. are bad right now, and more than 7 in 10 black Americans say President Trump made them worse. Clyburn is one of them. "Absolutely. It didn't just start with Trump; he's putting it on steroids," he said.

Black voters' attitudes toward politics could be a major deciding factor in 2020. Clinton lost in 2016, in part, because black turnout decreased by 7 percentage points nationwide. Clyburn said he saw it coming and that Democrats still have not done enough to excite and win voters outside urban areas. "That was a failing of the Clinton campaign," he said. "I tried to tell them. I met with them weeks before the campaign to say: 'You are losing this election.' And they kept telling me what the matrix says, whatever they call it. 'We've done analytics. And we're winning.' I said: 'OK. We'll see.' "

Clyburn is nervous about 2020, and he's clearly uncomfortable with Democrats' chances if the election is framed, as Republicans are trying to define it, as capitalism versus socialism.

He's also wary of some of the loosely defined policies Democrats are rallying behind, like "Medicare for All" and the Green New Deal — concepts on health care and climate change that aren't exact policies, so they can be more easily attacked by their opponents. "I'm very careful about sloganeering. I believe very strongly in identifying what the problem is and how best to solve the problem, and the Green New Deal — I've never seen the budget on the Green New Deal," he said. "Everybody's left up to assign their own budget to it. And so someone says, 'That's pie in the sky so I'm going to say that's too expensive.' That to me is sloganeering."

He doesn't see impeachment as a winning case for Democrats right now. The country isn't behind it, and there's no foreseeable scenario in which the GOP-controlled Senate votes to remove Trump from office. "I have yet to find a single person who believes that," he said. "So why have a guy running around saying: 'They impeached me, and they lost'?"

In the ongoing debate about what "electability" means for Democrats in 2020, Clyburn said he thinks a winning message is a take on Trump's own slogan.

For his part, Clyburn said he already plans to run again in 2020. "I've already filed," he said. First elected in 1992, he has won reelection easily ever since.