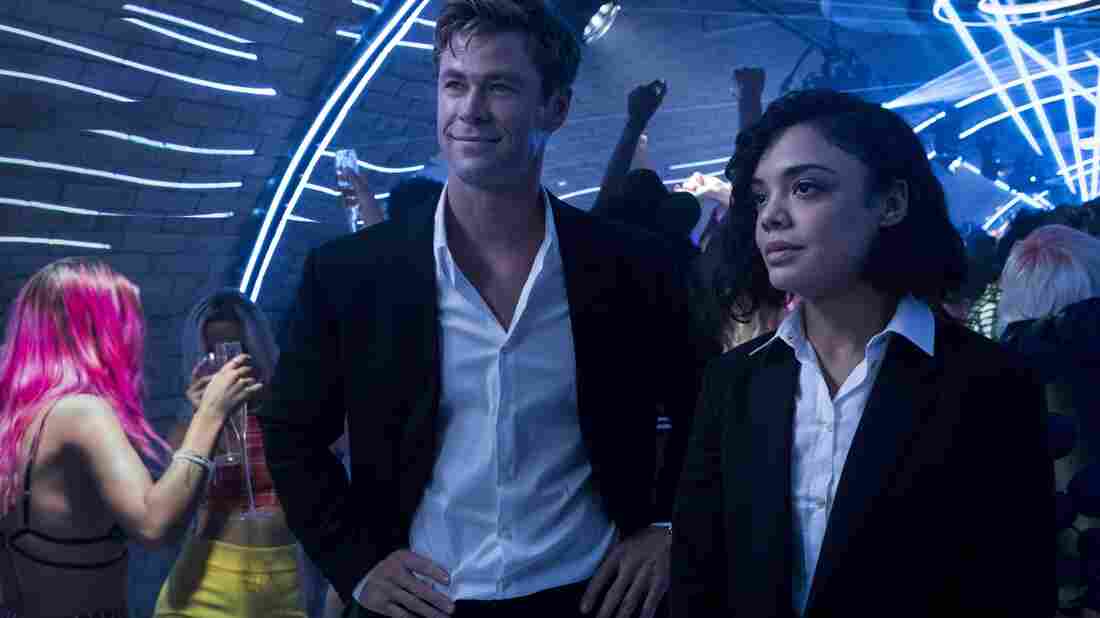 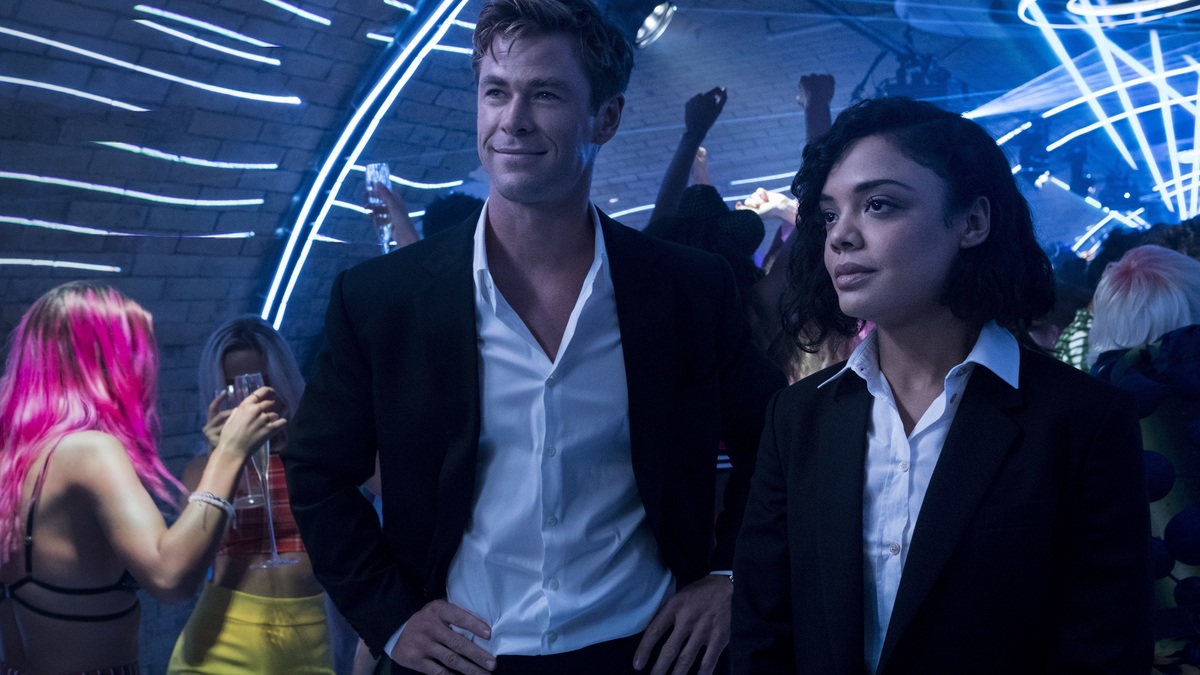 Tessa Thompson as M and Chris Hemsworth as H in the new Men in Black: International.

Tessa Thompson is one of Hollywood's fastest rising stars. With big parts in Thor: Ragnarok, Creed, and Westworld, she's gone from that actress you know from somewhere to the kind you stop on the street.

"It also doesn't help currently that I'm on the side of a lot of buses," Thompson jokes.

I'm not sure that if I didn't grow up watching [Will Smith] on television, I would have thought it would even be possible to do what I'm doing now.

And part of what got her to this strange place is a sci-fi movie that came out in 1997, when she was 14 years old: Men In Black. "I was — I still am — but then was a massive Will Smith fan. I grew up watching The Fresh Prince of Bel-Air, and it's easy to take for granted now, but what Will Smith did at that time, becoming sort of the global movie star that he did, and bringing his identity, his black male identity to those spaces is hugely impactful," she says. "I'm not sure that if I didn't grow up watching him on television, I would have thought it would even be possible to do what I'm doing now."

And what Thompson is doing now is starring in Men in Black: International, the latest installment in the franchise. She plays Agent M, and together with Agent H — played by Chris Hemsworth — she travels the world, fighting intergalactic invaders. The role brings her back together with Hemsworth, her scene partner in Thor: Ragnarok, and like Ragnarok, it's got aliens and explosions and all the trappings of a big Hollywood action movie.

But Thompson first broke through with more subtle films, including the racial satire Dear White People and the civil rights drama Selma.

On what drew her to genre films

I really just wanted to work in those spaces because they present real challenges as an actor, particularly when you're working with green screen, and you're talking to things that don't exist — it's pure imagination ... so for example in Thor, when I have these great scenes with the Hulk, who's played by Mark Ruffalo, I can't look at Mark Ruffalo, I have to look at a tennis ball that is affixed to this weird sort of thing that is maybe, you know, four feet above his head. So just the mechanics of doing that. There's sort of a steep learning curve with some of that stuff, or the stunt work. You know, I had never done that, because I had come so squarely from these tiny movies that I had almost paid to be in, because they were made on such a shoestring. And then also, you know, bless — but the crew is working so hard, sometimes you're playing these very emotional scenes, and intense scenes, and all these big fans are on to create wind, and you see people off in the distance eating sandwiches, and you really have to suspend our own disbelief.

Erase The Awful 'Men In Black: International' From Your Mind

I guess I don't know how to do it any other way. I sort of work from a place of just trying to find the truth, and trying to find something that I can anchor myself in and make sense of. In terms of Men in Black: International and looking at the old Men in Black films, I love the stillness of Tommy Lee Jones — I mean, of course it's fun to be the live wire of Will Smith, and ... people love that and are attracted to it, but I think what Tommy Lee does in those films is so brilliant, and there cannot be a Will Smith without Tommy in terms of tone. They have to foil each other, in a way, and I like being the straight man.

On sharing star billing with Chris Hemsworth, and with men in general

I think it is changing — I think he is unusual. But I think there's plenty of men that are up for the challenge, and I think also they just need to be asked. Something that we were able to do inside of TIME'S UP this year was issue this challenge called the 4% Challenge, which has to do with the fact that in the last 10 years, some of the top-grossing studio films that have been made, women represent only 4% of the directors in that space, and so asking people to make a pledge to work with a female director in the next 18 months. And I got on the phone with some big Hollywood stars that are men, and some were a little reluctant because they didn't want to sign up if they weren't going to work for a bit, or they couldn't commit, and others, like Armie Hammer, were like, of course, I can't believe I'm just working with a female director now when I've been working as long as I have. But I do think it requires people to make a concerted effort. I don't think inclusion happens by mistake. It doesn't just happen.

On obstacles to inclusion

Well, there's this idea, for example, that they don't exist in the pipeline. So me saying that only 4% of those films are directed by women, there's a misconception for some people in Hollywood that that's the pool of talent. And you see that in the indie space, women represent maybe 28% of films that are made. So it exists in the pipeline — people are making a conscious decision not to hire those women and not to put them up for projects. Also there's still this language that I really hate, with a studio movie, that we "took a risk," and I don't think that language is used — you look at someone like Taika Waititi on Thor, who's a brilliant filmmaker who had made all indie movies, and then Marvel said, "you'd be fantastic for this film," and they were right. And I think we just need to see more studios doing that with women ... because it wasn't a risk, he had made so many brilliant films, and there are plenty of women who have done the same.

This story was produced for radio by Mallory Yu and Connor Donevan, and adapted for the Web by Petra Mayer