Accessibility links
Toronto Raptors Clinch Their First NBA Title, Denying Warriors A 3-Peat In Game 6 at the Warriors' Oracle Arena in Oakland, Calif., the Raptors pulled out a 114-110 win in a heart-stopping game that is destined to become an NBA classic. 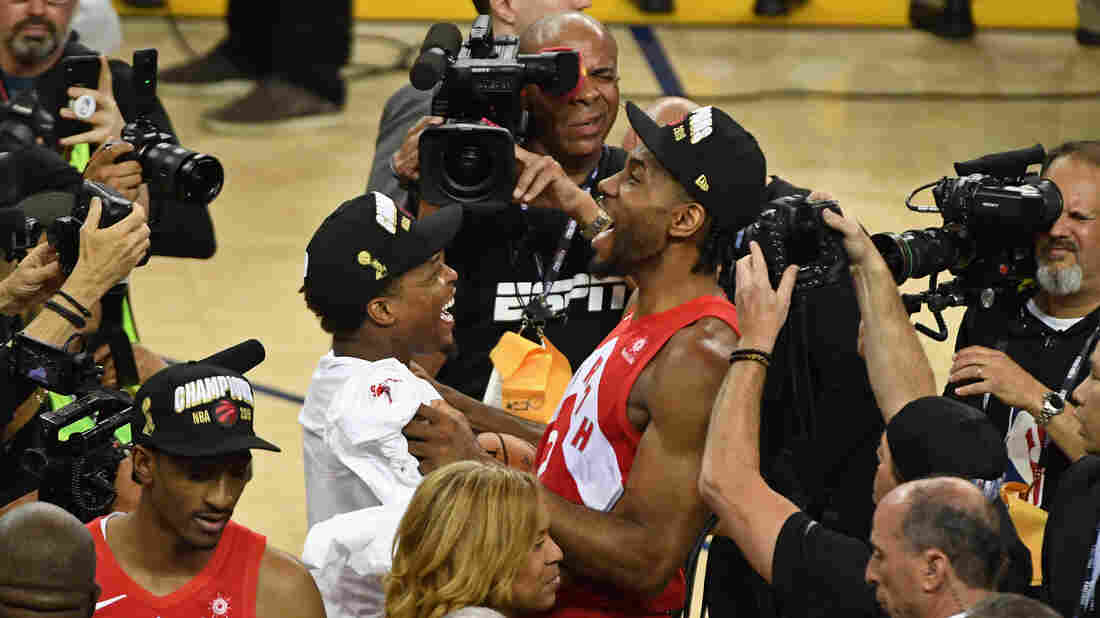 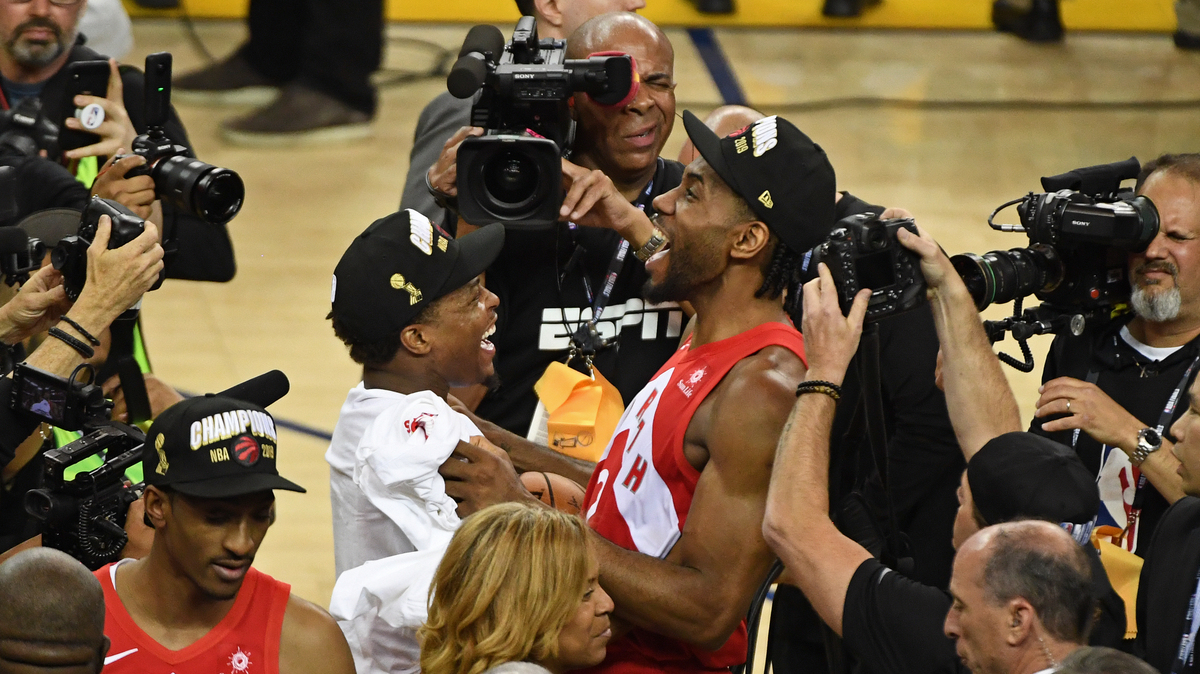 The Toronto Raptors have won their first NBA title, edging out the Golden State Warriors 114-110 in Game 6 of the NBA Finals at the Warriors' Oracle Arena in Oakland. Toronto completed the series 4-2.

In the final seconds the Raptors led by only one point, and the Warriors' Steph Curry missed a 3-pointer. Golden State got the ball in a scramble, but called a timeout it didn't have and was given a technical foul, causing some confusion. Raptor star Kawhi Leonard sank three game-clinching free throws, sealing Toronto's victory.

It was a close-fought game from beginning to end, with the two teams trading out the lead.

A fast-paced and entertaining first half featured 14 lead changes and four ties in the last professional basketball game played in Oracle Arena. 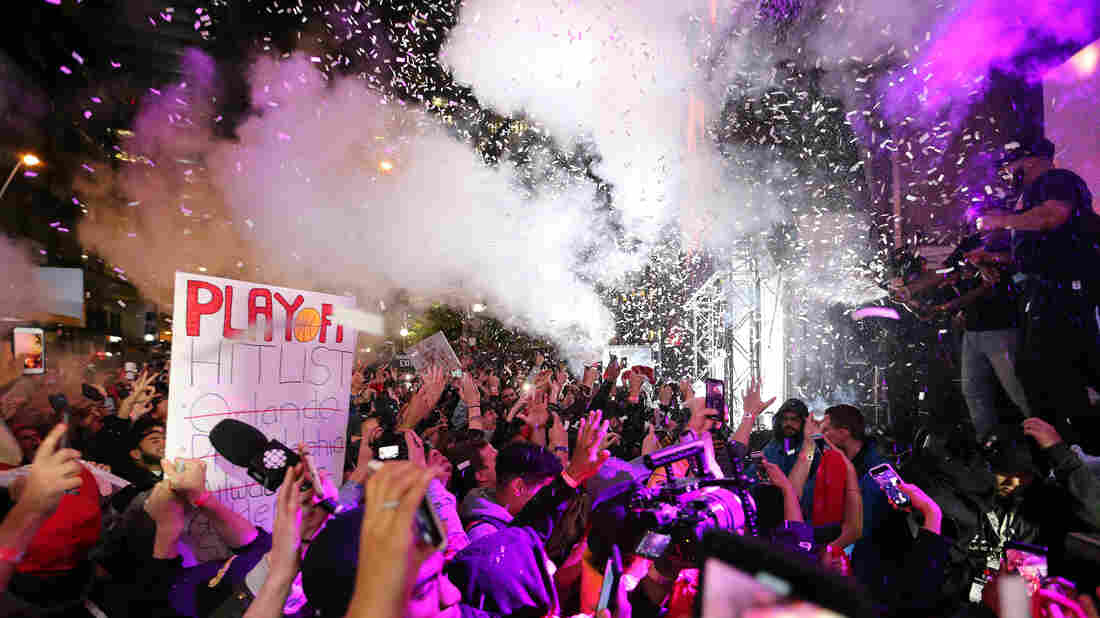 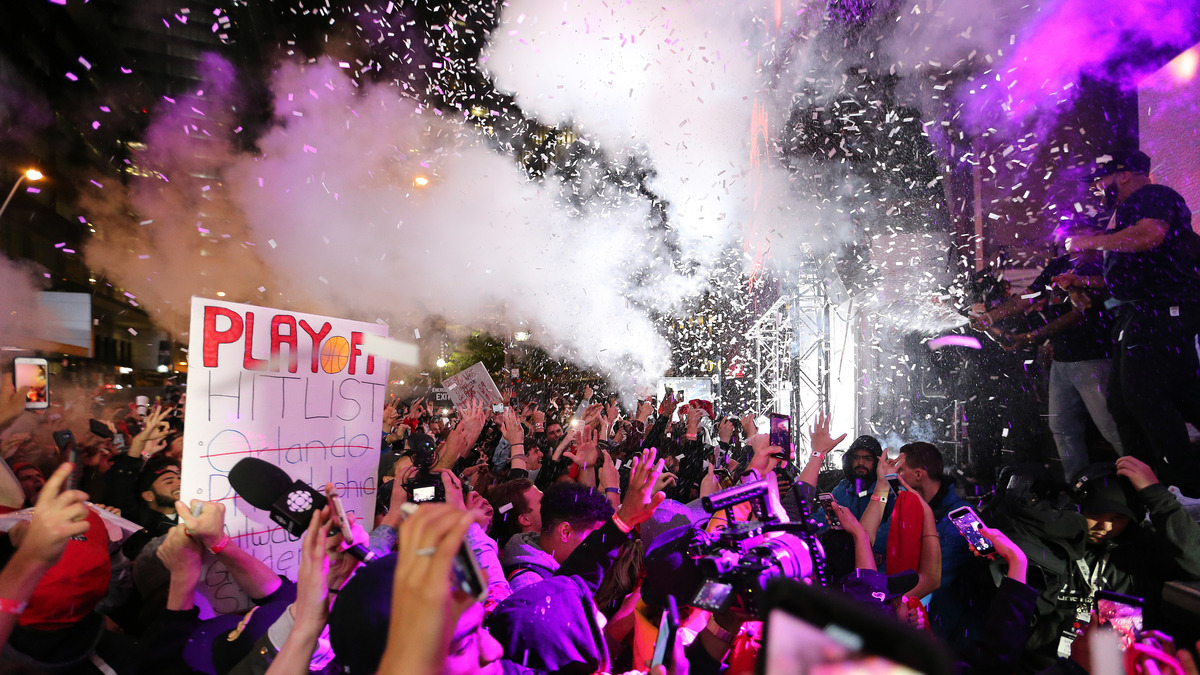 Raptors fans party in Toronto as their team wins the NBA championship.

Toronto led 33-32 after one quarter in which the Raptors scored seven 3-point shots. But Klay Thompson kept the Warriors in the game, scoring 10 points.

The Raptors led by three points at the half, 60-57, largely on the strength of a 21-point effort by guard Kyle Lowry. Pascal Siakam had 13 points, and Serge Ibaka scored 10 for Toronto. Leonard had nine points, but also picked up three fouls.

The Warriors led 88-86 after three quarters. Thompson, Golden State's top scorer that night with 30 points, injured his knee in the quarter. The Warriors also were missing reigning Finals MVP Kevin Durant, who ruptured his Achilles during Game 5, his first game back after a calf injury in early May.

The Warriors, led by "Splash Brothers" Curry and Thompson, had won three of the previous four NBA championships. They were early odds-on favorites to three-peat their way to another title and seal their claim to being one of professional basketball's historic dynasties.

But Toronto got in the way of all that.

Leonard was named Finals MVP for the second time in his career, ending the night with 22 points, six rebounds and three assists. Siakam and Lowry each scored 26 points, and Finals sensation Fred VanVleet contributed 22 points off the bench.

Going into Game 6, the Raptors already had accomplished what few other teams could dream of: They'd beaten Golden State on the Warriors' home court, Oracle Arena, three times this year — once in the regular season and twice in this series.

The Warriors had hoped to stretch the series to seven games and give the court they've called home for 47 seasons a proper sendoff. Next year Golden State will play in the new Chase Center in San Francisco. It's only a handful of miles away, but there are many die-hard Oaklanders who think their Warriors might as well be moving to Mars.