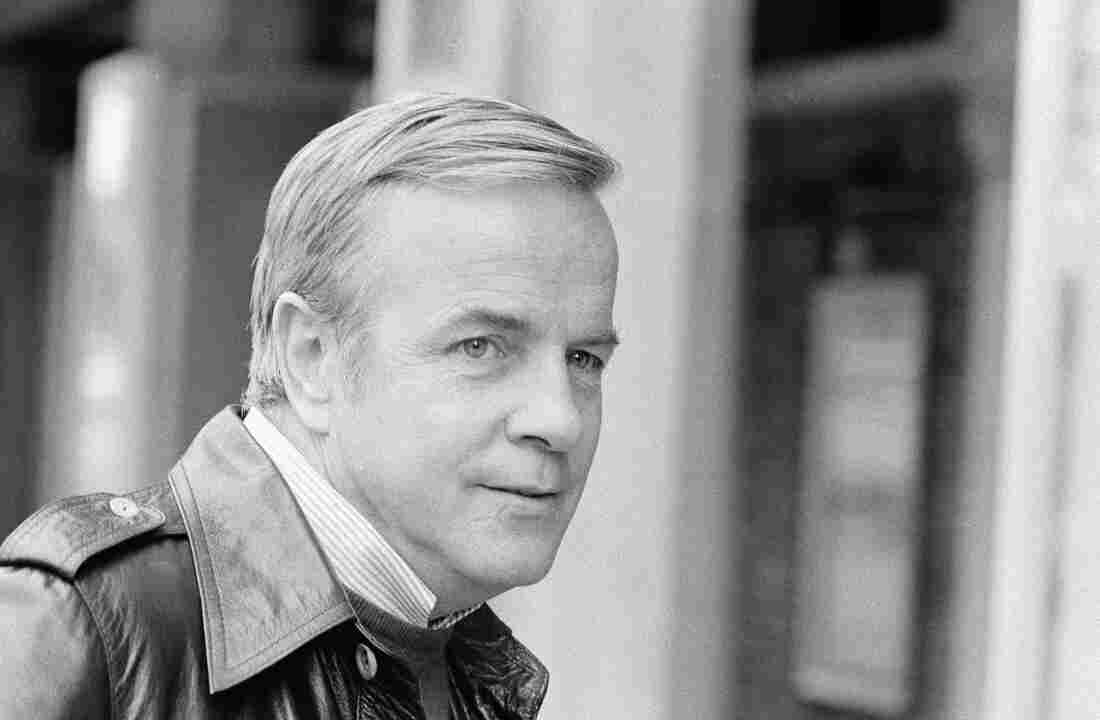 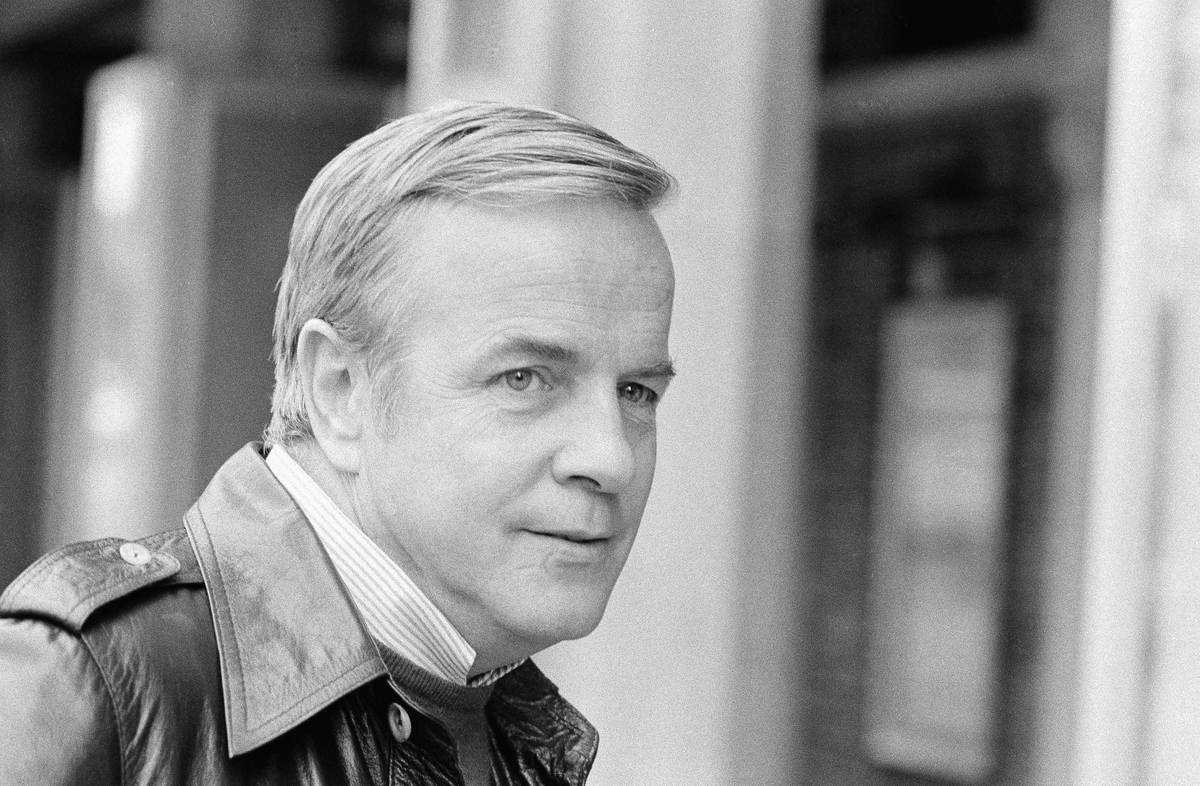 Franco Zeffirelli pictured above in New York in October 1974.

Franco Zeffirelli once said that when the curtain comes up "you have to give the audience a big thing to look at."

The Italian filmmaker and opera director gave audiences plenty to look at — in his lavishly styled operas and his biblical and Shakespearean film adaptations.

Zeffirelli died Saturday in Rome after a long illness. His death was announced on the Foundation of Franco Zeffirelli website. He was 96.

Zeffirelli was born out of wedlock on Feb. 12, 1923 into a rigid Italian society that viewed indiscretions sternly. As a little boy, kids teased him for not knowing his father's last name. (Zeffiretti was the name his mother made up based on a Mozart aria; it means little breezes and was incorrectly transcribed as Zeffirelli.)

Zeffirelli's mother died when he was 6 and he lived briefly in an orphanage before relatives took him in. He credited his artistic growth to a British expatriate whose circle of friends he enshrined in the 1999 semi-autobiographical film Tea with Mussolini.

Zeffirelli told NPR in 1986 that he was nourished, in a sense, by his hometown's aesthetic glory. "I always used to play football in the cloister [of] San Marco ..." he said. "We were brought up with this kind of familiarity with the beauty of art." 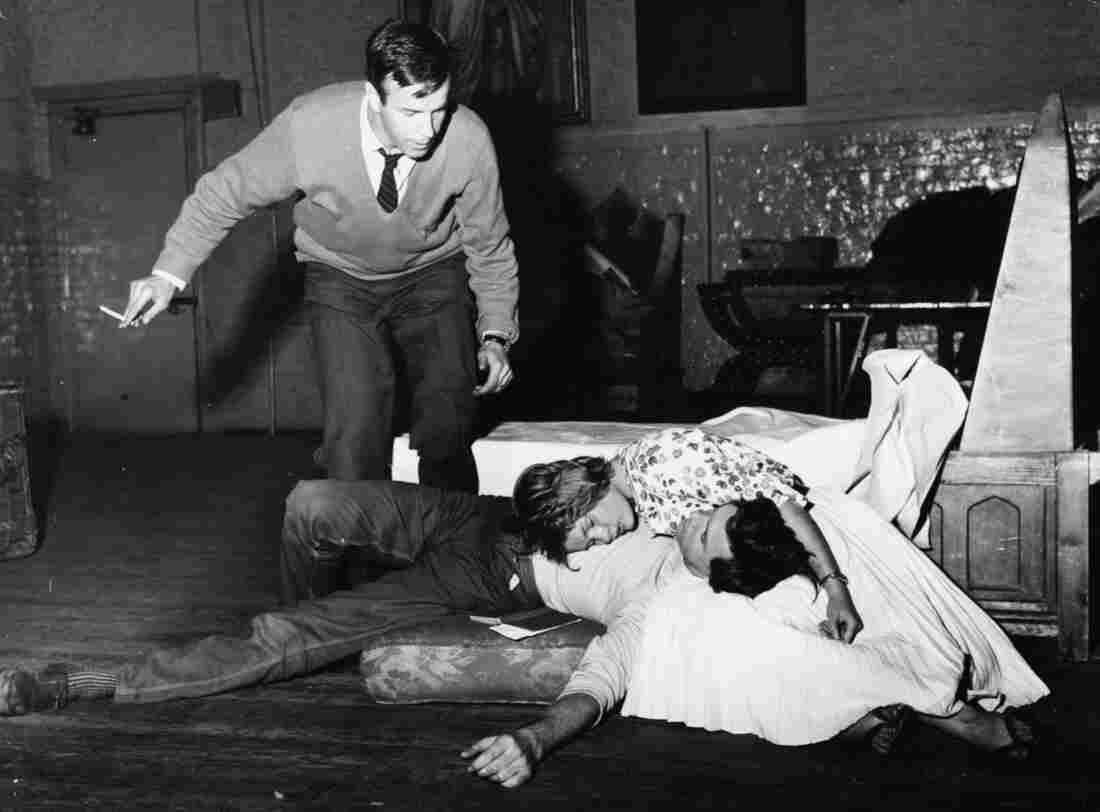 Zeffirelli directs Judi Dench and John Stride in a production of Romeo and Juliet at The Old Vic in London in 1960. Keystone Features/Hulton Archive/Getty Images hide caption 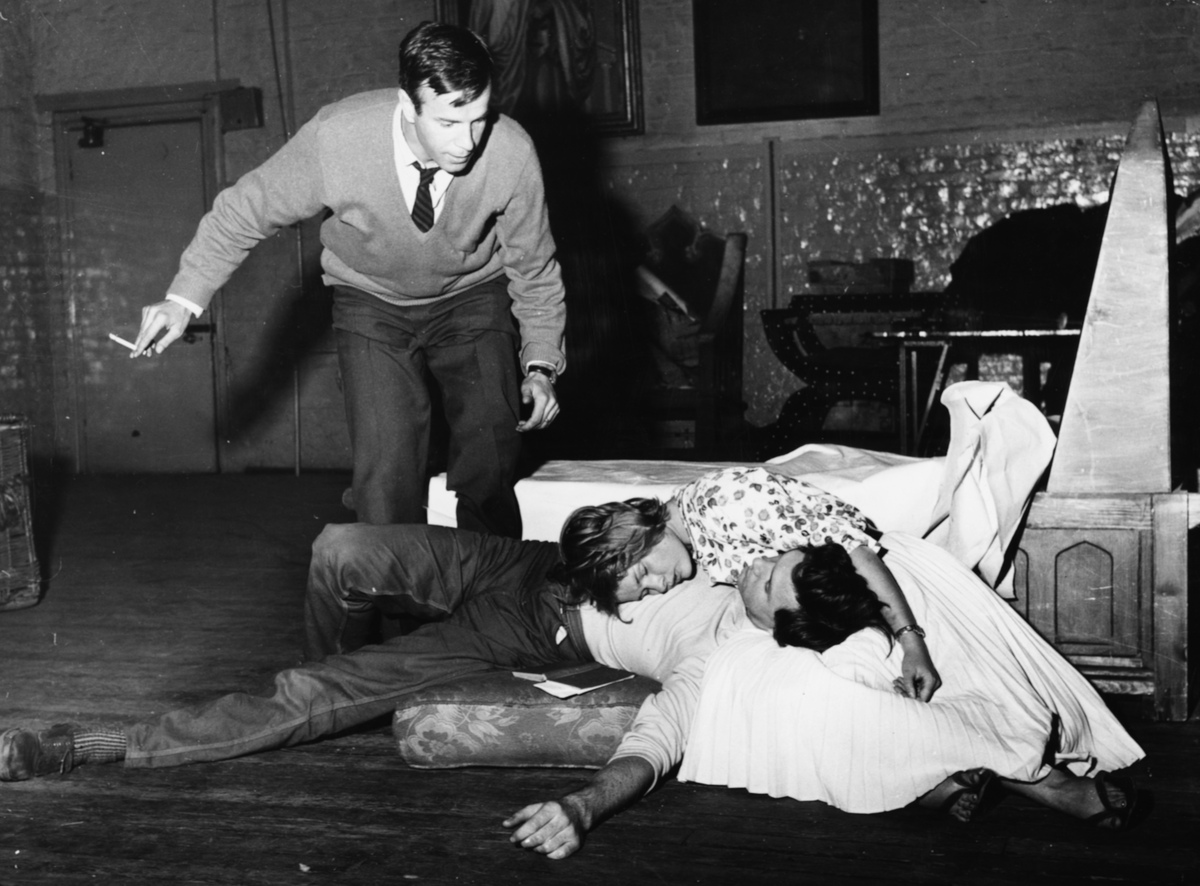 Zeffirelli directs Judi Dench and John Stride in a production of Romeo and Juliet at The Old Vic in London in 1960.

Zeffirelli became a sought-after set designer and opera director after World War II. He worked with leading figures like Luchino Visconti and Maria Callas. But Zeffirelli said at the beginning, the music meant less than the spectacle.

"First of all, the visuals attracted me in opera," he said. "And later when I matured I found out that emotion is not only visual but is so complex and so complete like no other medium, you have everything there — the magic of everything, the best of everything." 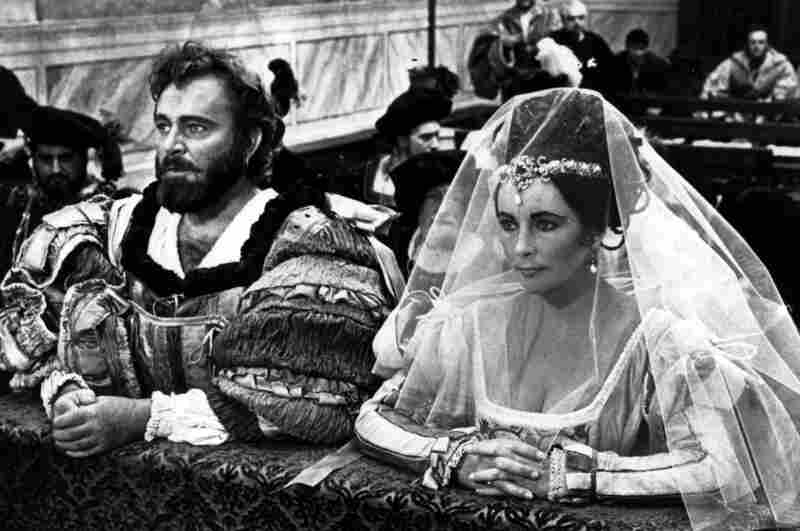 Richard Burton and Elizabeth Taylor starred as Petruchio and Kate in Zeffirelli's 1967 film The Taming of the Shrew. AP hide caption 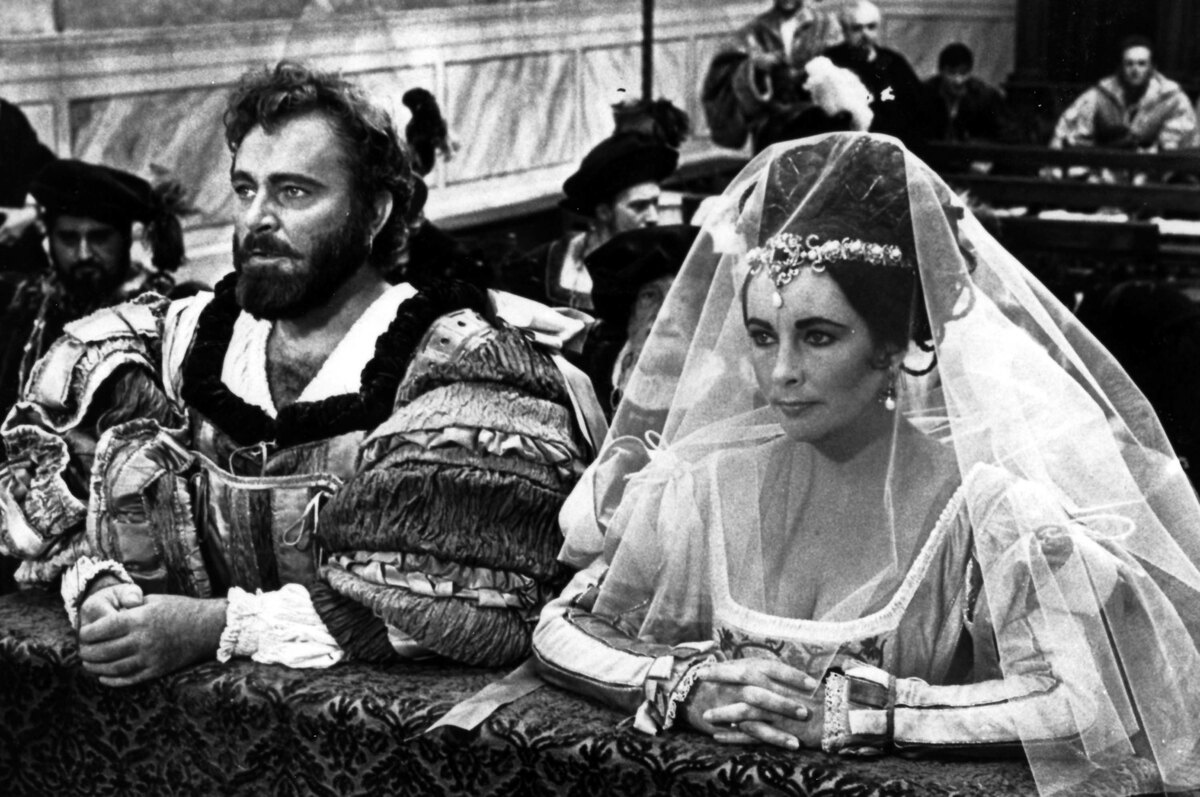 Richard Burton and Elizabeth Taylor starred as Petruchio and Kate in Zeffirelli's 1967 film The Taming of the Shrew.

Even his critics admired Zeffirelli's sumptuously visualized operas, which often resembled Renaissance paintings come to life. A production of La Bohème in the early 1960s reportedly caused gasps of awe so loud, they drowned out the music.

Zeffirelli's fame surged after he directed celebrity couple Elizabeth Taylor and Richard Burton in the 1967 film The Taming of the Shrew. They encouraged him to follow it with Romeo and Juliet.

In 1981, Zeffirelli was irritated when his less successful film, Endless Love, suffered in comparison. "The story of Romeo and Juliet has been one of the blessings and curse of my entire career," he griped. "Whenever you touch adolescent love, automatically, even a child says, 'Well, that's Romeo and Juliet.'"

Romeo and Juliet would haunt Zeffirelli in other ways. Bruce Robinson, the young actor who played Benvolio later said Zeffirelli had sexually assaulted him. Robinson grew up to be a well-known screenwriter; he wrote The Killing Fields and a 1987 film called Withnail and I. It features a lecherous old man supposedly modeled on Zeffirelli. The director never responded to those allegations. 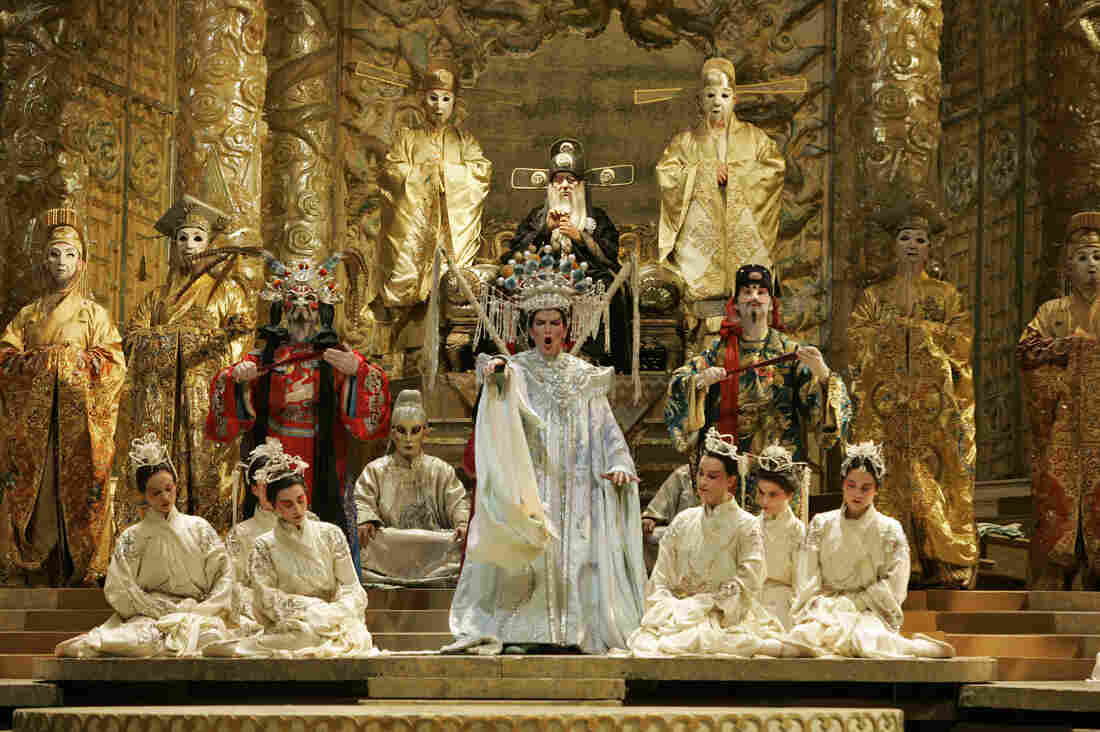 Zeffirelli was known for his lavish productions. Above, Andrea Gruber performs the title role in his production of Puccini's Turandot in New York in March 2007. Mary Altaffer/AP hide caption 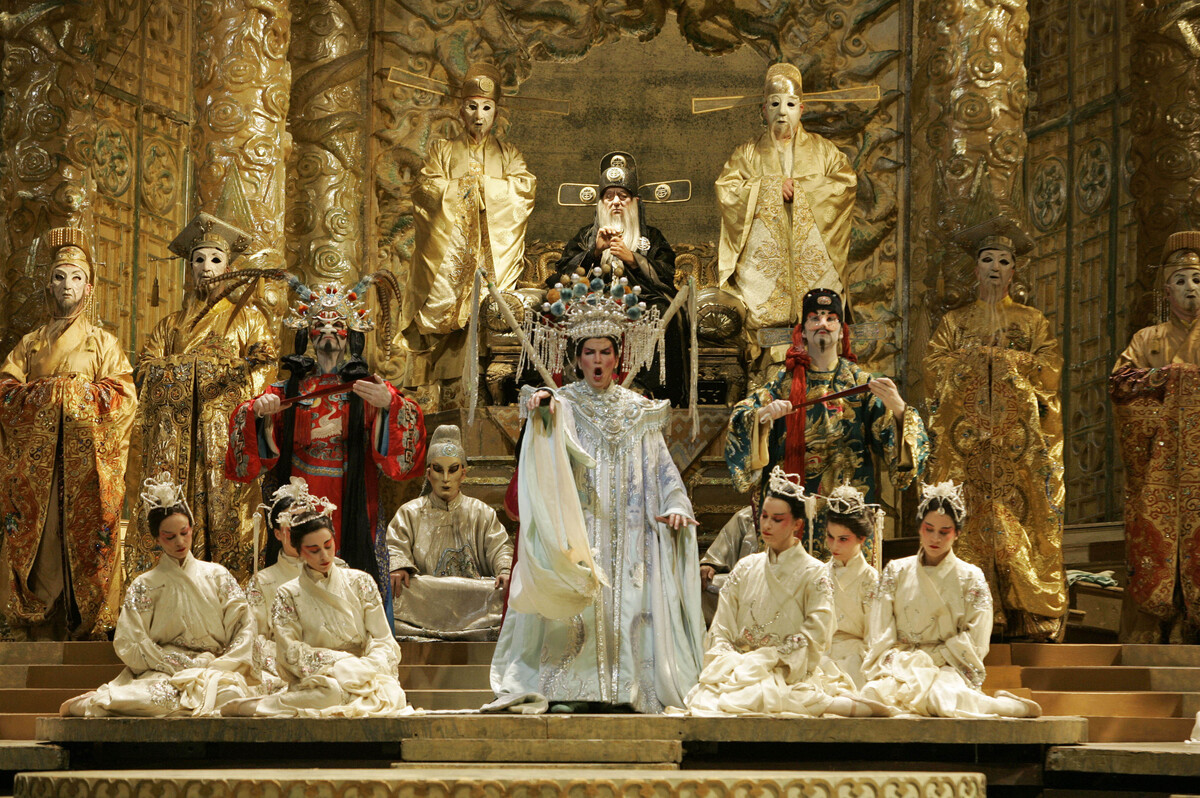 Zeffirelli was known for his lavish productions. Above, Andrea Gruber performs the title role in his production of Puccini's Turandot in New York in March 2007.

Zeffirelli found scandal again in 1988 when he described Martin Scorsese's The Last Temptation of Christ as a product of "that Jewish cultural scum of Los Angeles which is always spoiling for a chance to attack the Christian world."

Zeffirelli was a deeply conservative Roman Catholic. He shared the Vatican's views on abortion and gay rights. For a few terms he represented a right wing party in the Italian Senate.

In 2006, he sparked a minor controversy when he told a newspaper he felt he'd suffered no harm as a child after being molested by a priest.

Wayne Koestenbaum, a professor at CUNY New York, says in many ways, Zeffirelli was a relic. Even his opulent operas, stuffed with enormous props, hundreds of extras and live animals have for years been critically mocked, and yet --

"I think if you want to have a sense of what grand opera means, you need to have seen at least one Zeffirelli production," Koestenbaum says.

Zeffirelli brought grand opera and Shakespeare up close. His productions dazzled, and they beat with an old-fashioned heart.