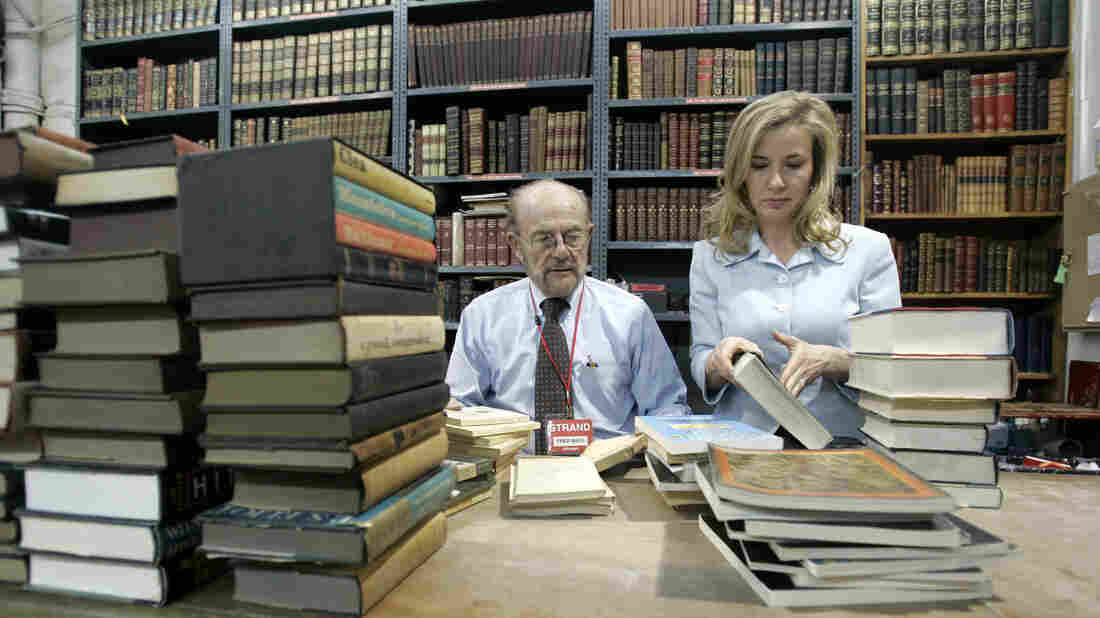 Nancy Bass Wyden and her father, Fred Bass, who died in 2018, sort used books at the Strand Bookstore in 2007. Bass Wyden's grandfather opened the store in 1927. Mary Altaffer/AP hide caption 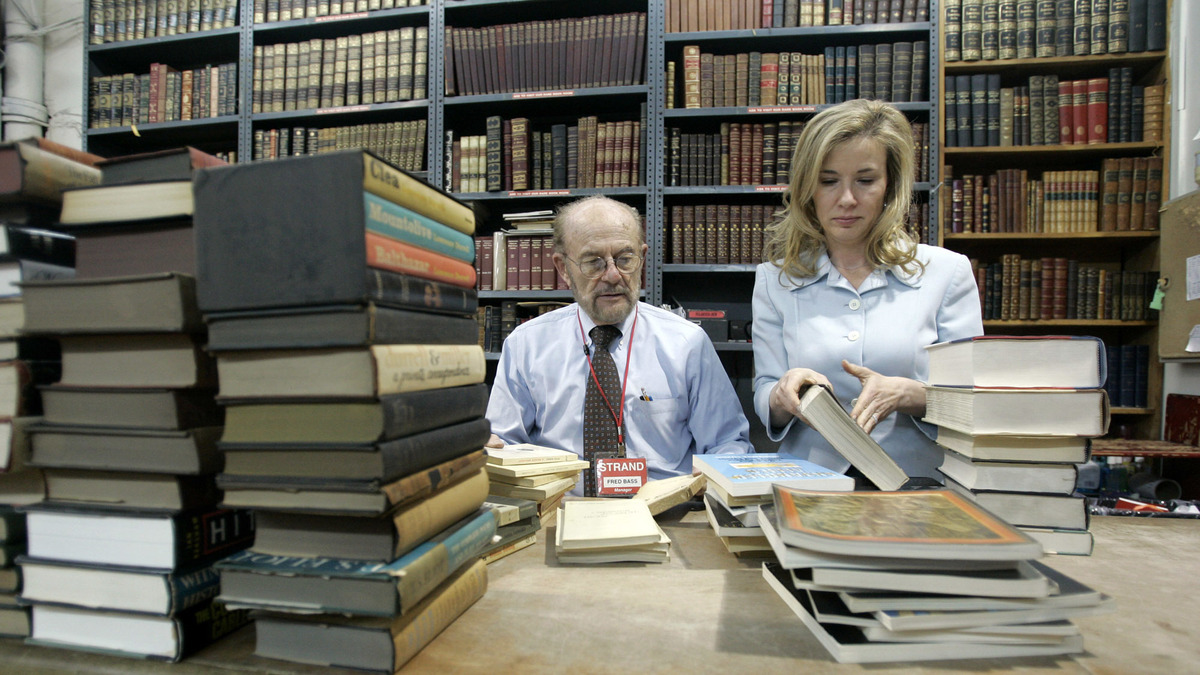 Nancy Bass Wyden and her father, Fred Bass, who died in 2018, sort used books at the Strand Bookstore in 2007. Bass Wyden's grandfather opened the store in 1927.

The Strand Bookstore, a New York City icon that is home to 2.5 million books and 92 years of storefront history, was commemorated by the city and chosen as a historic city landmark this week. Nancy Bass Wyden, the store's third-generation owner, isn't taking it as a compliment.

"Some people have congratulated me, and I said, 'No, this is no congratulations. This is a punishment,' " Bass Wyden tells NPR's Scott Simon.

Bass Wyden feels that the designation is counterproductive.

"We don't need the city to come in and just put red tape and bureaucracy and take control over decision-makings of the store. ... It's really no honor," Bass Wyden says. "We're already a landmark."

How Do You Move A Bookstore? With A Human Chain, Book By Book

The NYC Landmarks Preservation Commission proposed the Strand become a landmark last year and produced a brief explaining its rationale: "The Strand became a center of literary life in Lower Manhattan and is an internationally-recognized destination for New Yorkers and visitors alike."

In 1927, Bass Wyden's grandfather opened the store on a thoroughfare in New York called "Book Row." Since then, the city's bookstores have dwindled, but the Strand remained a powerhouse of literary influence.

Bass Wyden inherited the store from her father, Fred Bass, who died last year. He ran the store for much of his life and oversaw its transformation from one of many used bookstores into a New York cultural institution. 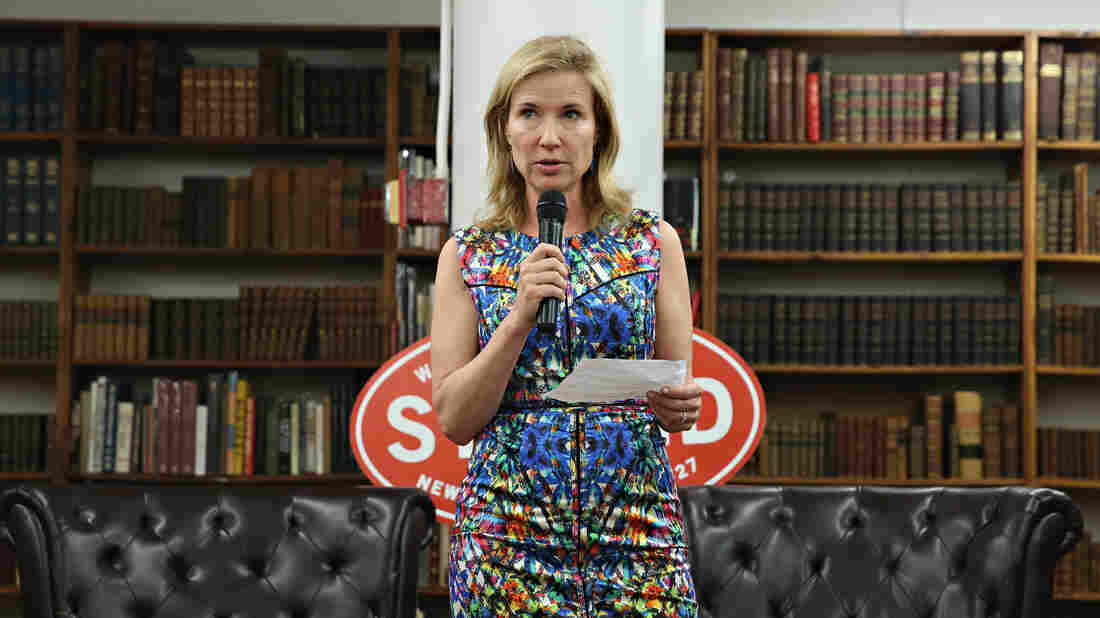 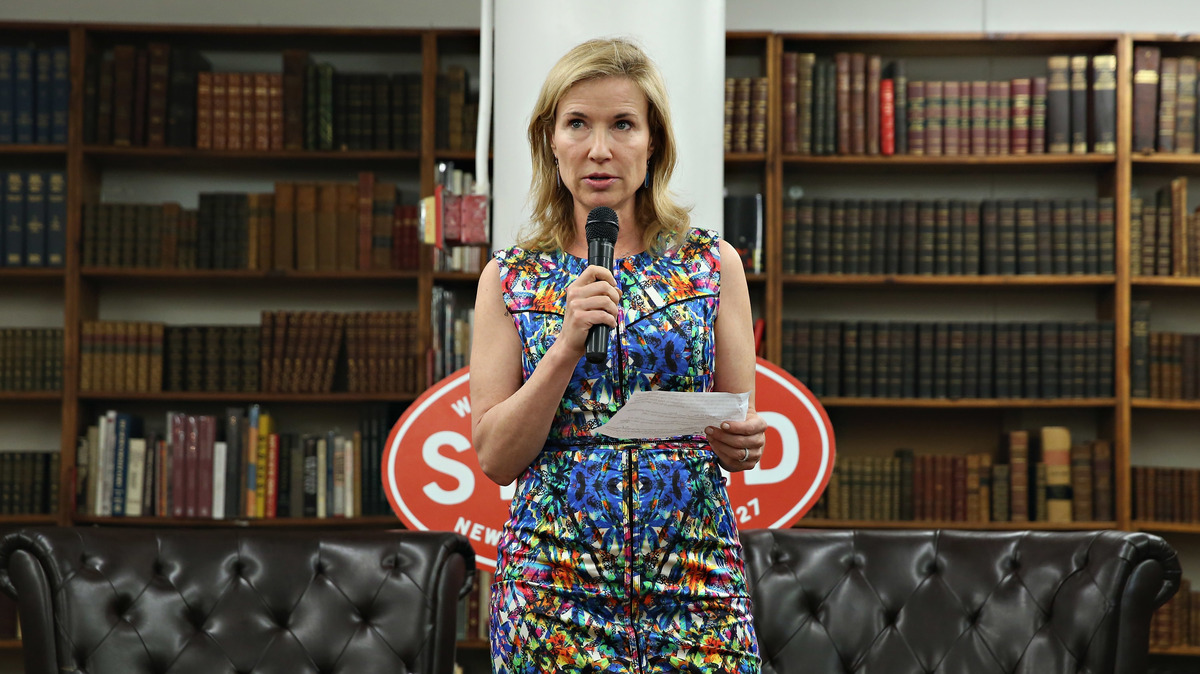 Bass Wyden, shown at a Strand book event in 2015, worries the landmark designation will lead to additional costs and make repairs or changes burdensome.

The store owner's primary objection is that the commission's decision will incur additional costs to the store and make repairs or changes burdensome.

He attempted to quell Bass Wyden's protestations and assure New Yorkers that preservation will not pose a problem to the store.

"We think she's interpreting [regulations for city landmarks] wrongly and that we can show her where this is not going to add cost to her operation," de Blasio said.

I’ve been shopping at @strandbookstore since college. I know it's one of the most special places in our city.

This week we made it a landmark so that the culture and community it brings to the Village can be enjoyed by New Yorkers for generations to come. https://t.co/54rwBDq1Kb

In addition to de Blasio's comments, Sarah Carroll, chair of the Landmarks Preservation Commission, wrote about the decision in a Medium post.

"I have personally met with the owner of the Strand building over the last nine months to understand her concerns over designation and the types of changes she is planning for the building," Carroll wrote. "Our regulatory system is efficient and flexible, and I am confident that designation will not impact plans for the Strand Bookstore. In fact, the type of work she has described is typical for commercial storefronts and permits can often be issued quickly by staff."

Bass Wyden remains unconvinced. She calls the designation "eminent domain" and "a bureaucratic straitjacket" from the city.

"We run on fragile margins and we employ a lot of people — we have 288 employees, most of which are unionized — and we're known for our good value in books," Bass Wyden says. "So it's just another city cost pounding on us unnecessarily."