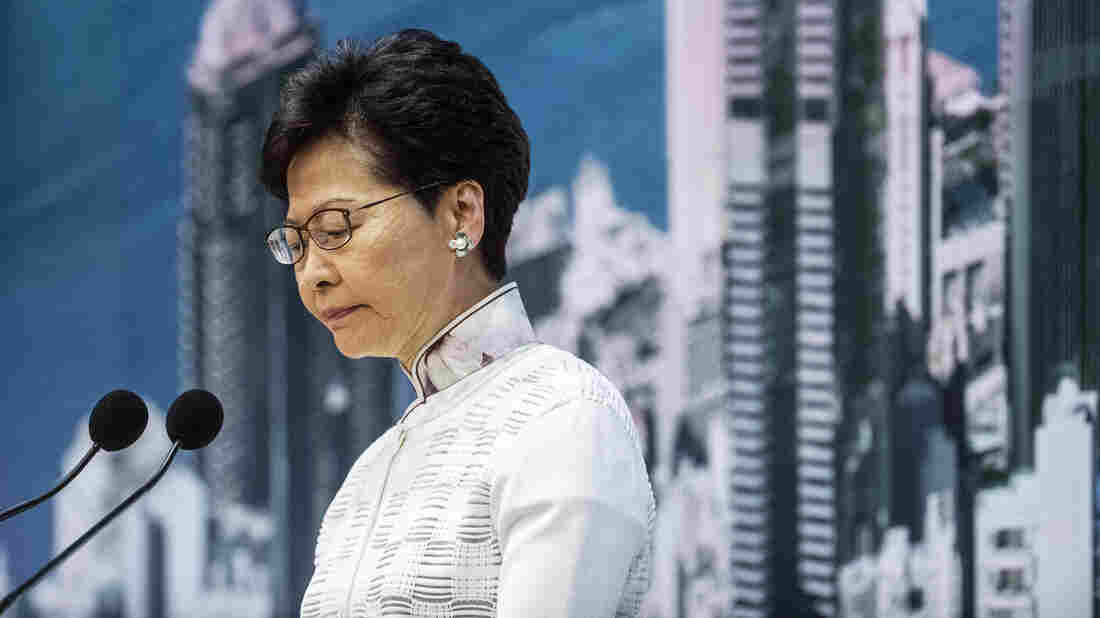 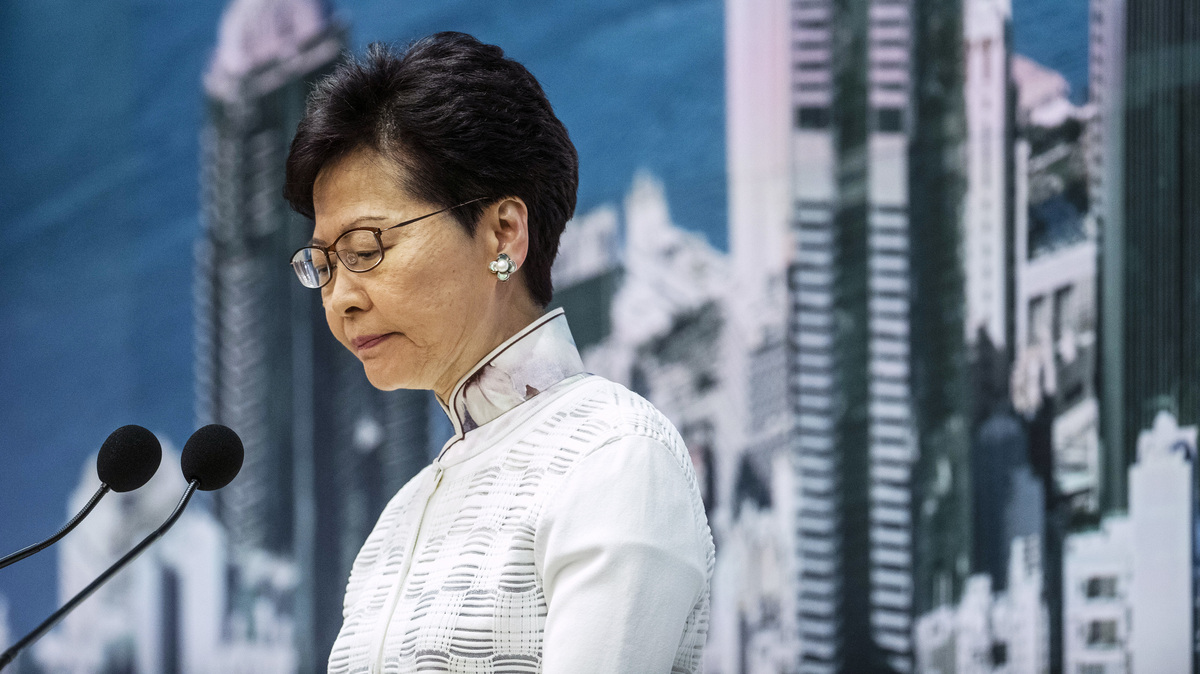 Hong Kong's government has said it will indefinitely shelve a bill which would allow criminal suspects to be extradited to mainland China.

The bill triggered widespread anxiety in Hong Kong about the erosion of civil liberties in the territory, and triggered protests of, by some estimates, up to a million people last Sunday, followed by violent clashes which left around 80 police and protesters injured.

Chief Executive Carrie Lam told a press conference Saturday afternoon that she was concerned about further unrest, but was not halting work on the bill just to pacify an angry public.

Despite what she said were the government's best efforts to convince the public that the bill is good and necessary, "I have to admit that our explanation and communication work has not been sufficient or effective," she said.

Lam said the government would try to further improve the bill, but gave no deadline, and suggested that the legislature is unlikely to take it up again before year's end.

Hong Kong and mainland China currently do not have an extradition treaty. The bill would allow Hong Kong's government and courts to approve extraditions on a case-by-case basis.

Businesses and foreign governments are concerned that their nationals could be detained, for example, while transiting in Hong Kong's airport, and sent to China with little guarantee that their legal rights would be protected.

Experts point out that Hong Kong's common law system, and mainland China's Communist Party-dominated system could not be more different.

The party often rails against Western notions of judicial independence and separation of powers. Forced confessions and torture are a persistent problem, despite legal reforms. Police have huge powers, compared to the courts. And China's ancient legal culture has emphasized the law as a tool for rulers to punish wrongdoers, rather than a way to protect individual rights.

This is the third time in the past two decades that moves by the Chinese central government and Hong Kong local government to limit citizens' rights has sparked a strong response from the territory's robust civil society and sent protesters onto the streets.

In 2003, it was national security legislation. In 2012, it was a move to begin compulsory "patriotic education," rejected by many locals as "brainwashing." And in 2014, it was Beijing's insistence on vetting all candidates for the territory's top official post — Carrie Lam's job.

The 2014 "Umbrella Revolution" saw protesters occupy city streets for more than two months, but ultimately fail to get either central or local governments to back down.

Hong Kong was a British colony for a century and a half, up to 1997, when it reverted to Chinese sovereignty. The deal with London was that Hong Kong's capitalist economy and common law legal system would remain in place until 2047, and that, except for matters related to defense and diplomacy, Hong Kong residents would govern themselves.

Edmund Cheng, deputy director of the Comparative Governance and Public Policy Research Centre at Hong Kong Baptist University, argues that protesters faced an uphill battle to get the government to back down.

Beijing, he says, has raised the cost and narrowed the avenues for dissent in Hong Kong. Leaders of the 2014 pro-democracy "Umbrella Revolution" movement were jailed. Opposition lawmakers were disqualified from serving in the legislature. And the rest of the populace has become more cautious about criticizing China's government.

However, he says, "pro-regime politicians as well as pro-government press expressed dissenting voices, saying this is going to hurt Hong Kong's economy, weaken investor confidence, and these are people who used to be very loyal to the central government."

The dissent created an opening for the protesters, while worrying the government that it might not muster enough votes to get the bill through the legislature.

China-U.S. relations appear to have also influenced the Hong Kong government's decision. President Trump is likely to meet with Chinese leader Xi Jinping on the sidelines of the G20 summit in Osaka, Japan at the end of this month. They would presumably want to focus on the trade war roiling their economies and global markets, instead of discussing Hong Kong.

U.S. lawmakers have introduced a bill requiring that the secretary of state report on the status of Hong Kong's autonomy from mainland China. China lodged a diplomatic protest and told the U.S. not to meddle in China's internal affairs.

Many protesters have made it clear that pausing the bill's progress through the legislature is insufficient, and they will continue to oppose it until it is permanently scrapped. Protests scheduled for Sunday are expected to go ahead as planned.