Accessibility links
Brazilian Judge Says The Man Who Stabbed Jair Bolsonaro Will Not Be Convicted The judge says Adélio Bispo de Oliveira was mentally ill when he almost killed the then-presidential candidate during a campaign stop. Bolsonaro, now president, vows to overturn the ruling. 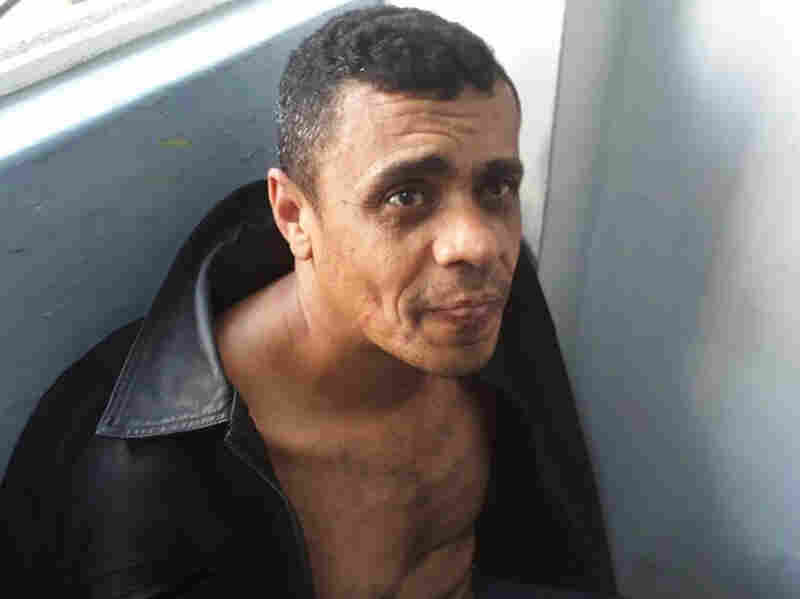 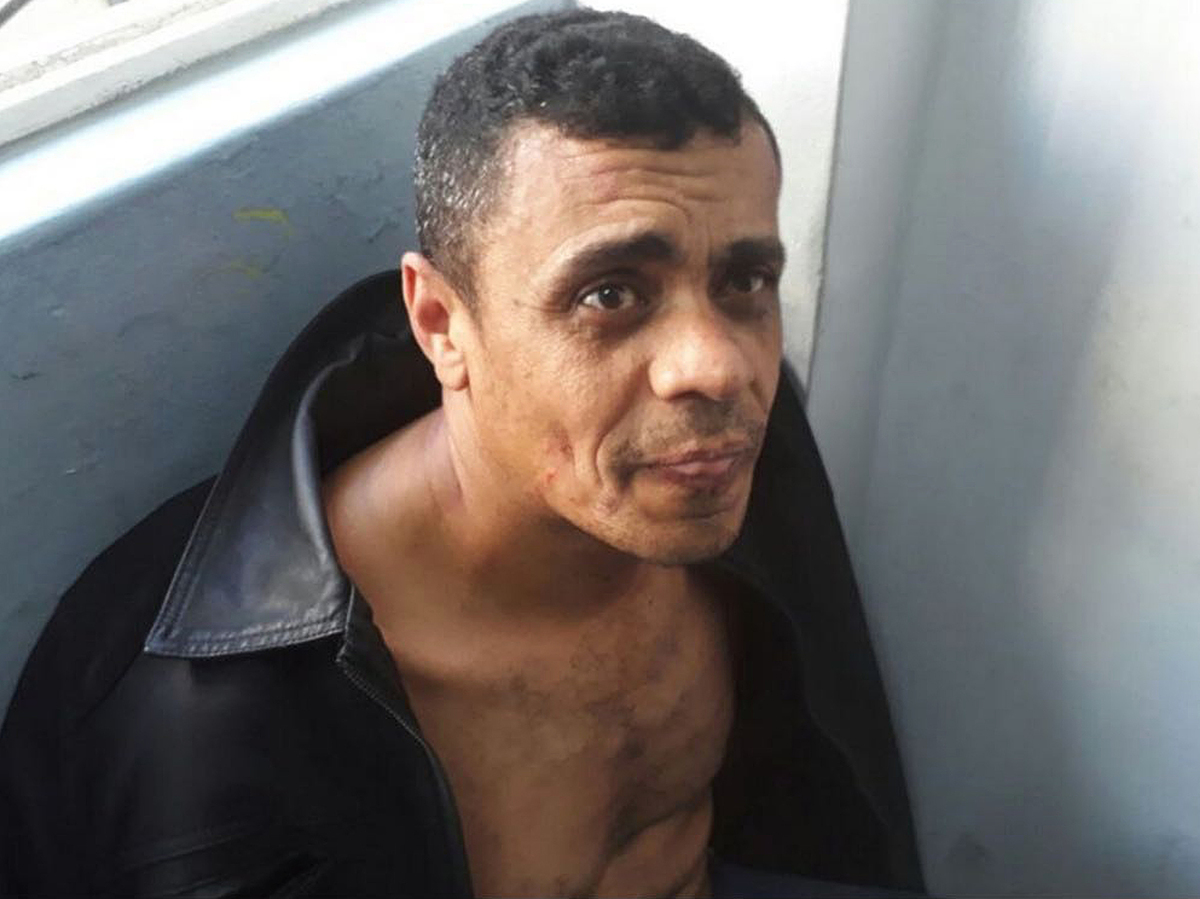 Adélio Bispo de Oliveira, who confessed to stabbing Jair Bolsonaro, sits after being detained following the attack in September 2018.

A Brazilian judge has acquitted a man who stabbed then-presidential candidate Jair Bolsonaro. The judge ruled that Adélio Bispo de Oliveira was mentally ill and ordered him held in a mental facility indefinitely, The Associated Press reports.

Jair Bolsonaro was campaigning for president on Sept. 6, 2018 in Juiz de Fora, about 115 miles north of Rio de Janeiro, when he was attacked. NPR's Philip Reeves reported that Bolsonaro was sitting on a supporter's shoulders when an assailant plunged a blade into his stomach. "The man reportedly told investigators he was acting on the orders of God," Reeves reported.

The attack damaged Bolsonaro's intestines and required a two-hour surgery to stop internal bleeding. After the attack, Bispo confessed and Bolsonaro won the October elections, despite spending three weeks of the campaign in hospital, NPR reported. Voters supported the retired army captain's anti-corruption message, despite his record of disparaging women, the LGBT community and people of color.

Judge Bruno Savino ruled Friday that Bispo would be held in a mental facility within the federal prison system, the AP reports.

"The hospitalization will last for an indefinite period until medical experts have proven that he is no longer dangerous," Savino said in a statement, according to the AP.

Bolsonaro has vowed to overturn the decision. The BBC reports Bolsonaro told local media, "I will contact my lawyer. I will try to do whatever is possible."

Brazil's leader has suggested the attack was politically motivated, and says he will find the culprit behind what he believes is a conspiracy.

"They tried to kill me. I am certain who they were, but I can't say, I don't want to prejudge anyone," the BBC reported him saying.

The acquittal comes as Bolsonaro contends with the first general strike of his presidency. Thousands of people filled the streets on Friday to protest budget cuts and pensions reform. NPR's Philip Reeves reports that unions and opposition groups held demonstrations and blocked roads, and police fired tear gas at protesters.