Accessibility links
Workers Turn Down Bid To Unionize Tennessee Volkswagen Plant The outcome at the Chattanooga plant is the latest blow against organized labor in the South, where union advocates have tried for years to strengthen representation in auto facilities. 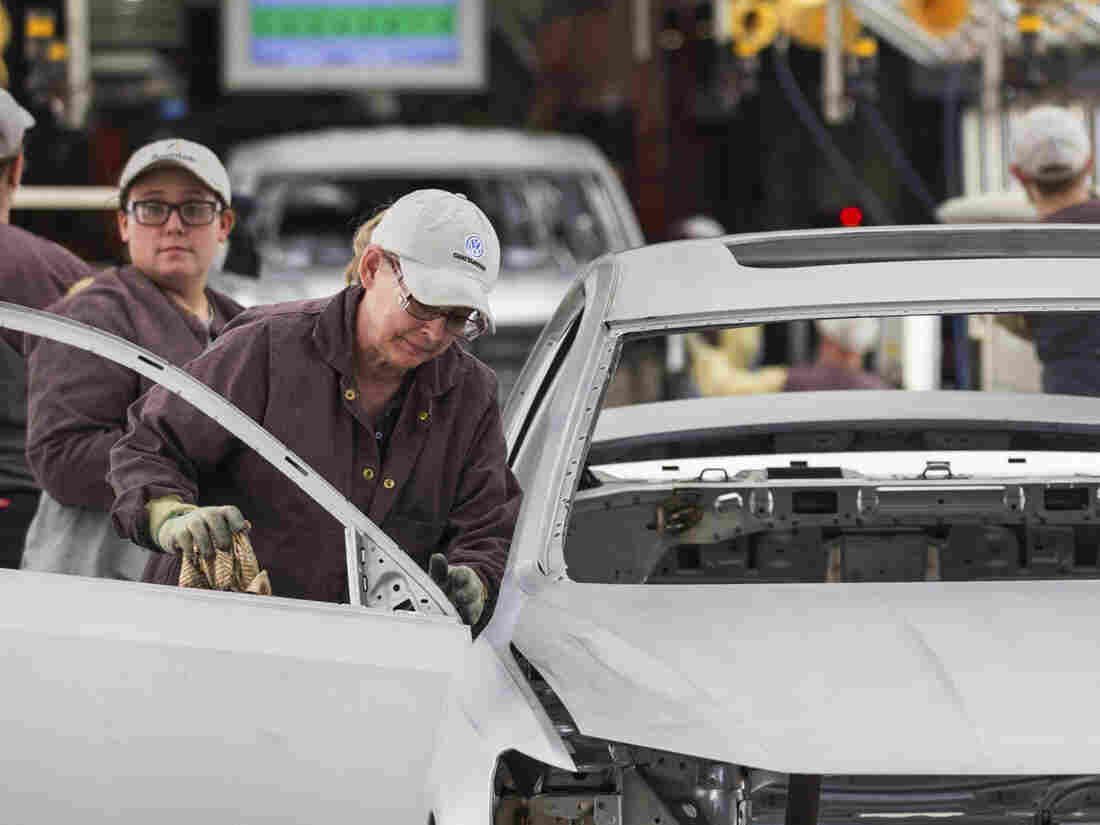 Workers produce vehicles at Volkswagen's U.S. plant in Chattanooga, Tenn. Some 1,600 workers have narrowly voted against unionizing the plant, the second time an effort to unionize the plant has failed in recent years. Erik Schelzig/AP hide caption 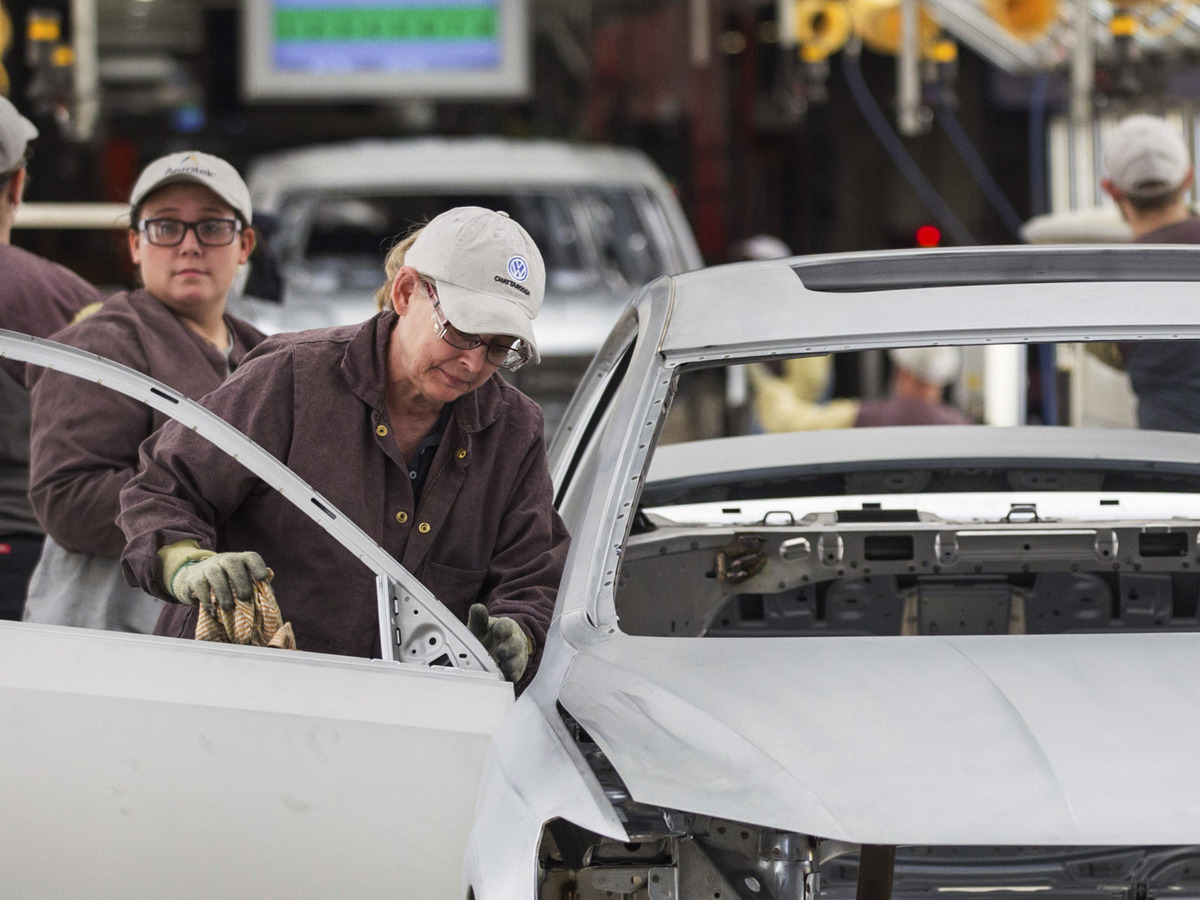 Workers produce vehicles at Volkswagen's U.S. plant in Chattanooga, Tenn. Some 1,600 workers have narrowly voted against unionizing the plant, the second time an effort to unionize the plant has failed in recent years.

For the second time in recent years, auto workers at a Volkswagen plant in Chattanooga, Tenn., have narrowly voted against forming a union.

It was the difference of 57 votes.

Preliminary results show that over three days of voting, 776 workers backed the union, but 833 voted it down.

The outcome is seen as the latest blow against organized labor in the South, where union advocates have tried for years to strengthen representation in auto facilities amid a shrinking union membership base and fierce opposition from many top lawmakers in the region.

A slim 51% majority of the some 1,600 ballots cast shot it down. The last time United Auto Workers held a vote to organize the Chattanooga factory, in 2014, roughly 53% of workers rejected the proposal.

"Our employees have spoken," said Frank Fischer, president and CEO of Volkswagen Chattanooga.

Volkswagen has officially been neutral in both this month's vote and the one in 2014.

Fischer said the National Labor Relations Board still has to certify the results, which will then be subject to legal review.

"Volkswagen will respect the decision of the majority," Fischer said in a statement to NPR.

A union victory at the Chattanooga factory would have delivered UAW its first fully-unionized foreign-owned auto plant in the South.

Following the earlier failed attempt to form a union, a smaller group of maintenance workers voted to unionize, but Volkswagen would not bargain with them unless all hourly workers had a chance to vote. That set the stage for this vote.

Labor experts in Tennessee, where resistance to unions runs deep, noted the particularly forceful opposition among state Republican leaders to the Chattanooga plant organizing this time around.

At one point, Tennessee Gov. Bill Lee made a visit to the site to address workers before the vote.

"When I have a direct relationship with you, the worker, and you're working for me, that is when the environment works the best," Lee told workers, according to a leaked recording of his conversation.

The visit took some observers aback.

"It's not unusual for governors and U.S. Senators to vociferously oppose unions in private companies," Daniel Cornfield, a labor expert at Vanderbilt University, told NPR. "What is unusual is this governor went inside the plant and directly talked to the workers."

The governor's visit and the onslaught of ad campaigns around the vote added to debates on the shop floor that may still be lingering after the vote.

Christopher Bitton, a worker at the Chattanooga plant who opposed the union, said the lead up to the vote exposed divisions among the workers, and he does not expect those tensions to dissipate.

"There has been a clear division between pro and anti on the floor," Bitton told NPR member station WPLN. "And after this is over with, I don't know whether or not this is going to clear up."

Union officials accused the Volkswagen officials of interfering with the vote through "legal games," saying workers faced threats and intimidation and a "campaign of misinformation" ahead of the vote.

Workers at the Chattanooga plant typically start out getting paid $15.50 per hour. Just months before the union vote, the company announced pay increases for production team members. While that is a strong wage compared to median earnings in Chattanooga, it is below what unionized auto workers are paid.

Volkswagen has union representation at all of its other major plants around the globe, but none of its factories in the South have factory-wide unions.

"This is not a landslide victory for the anti-union forces," he said.